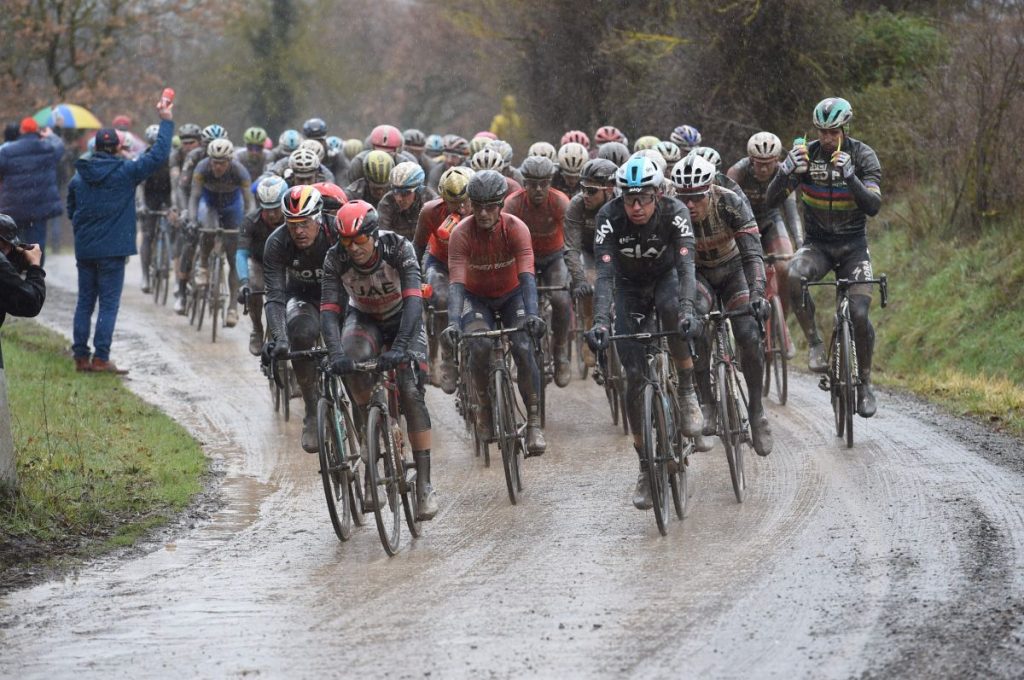 The peloton covered in mud on the La Piana section. Photo: Sirotti 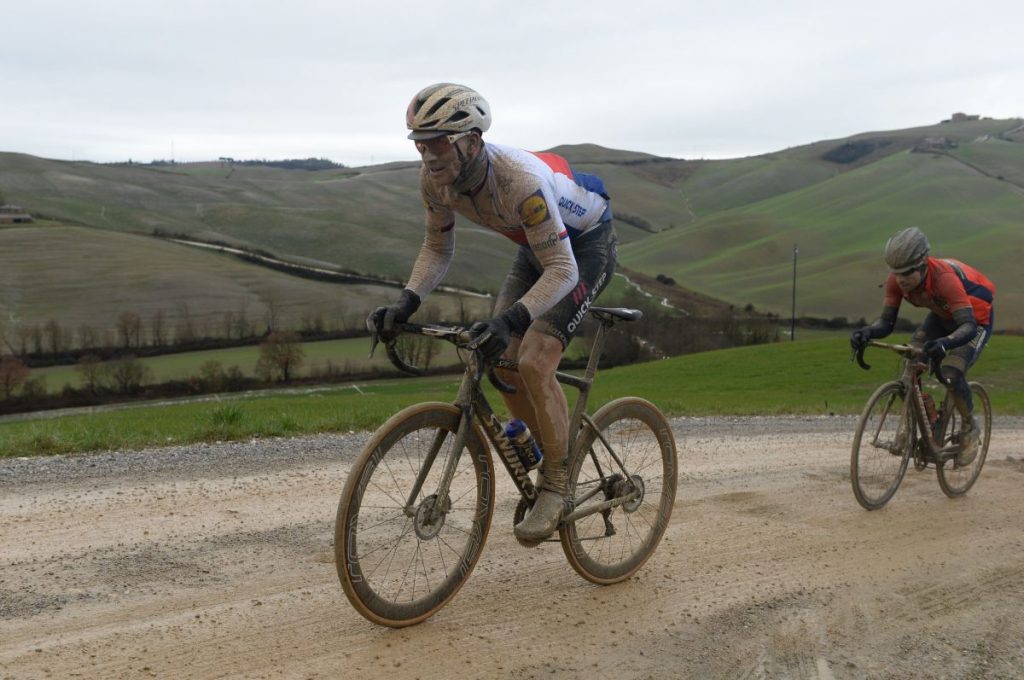 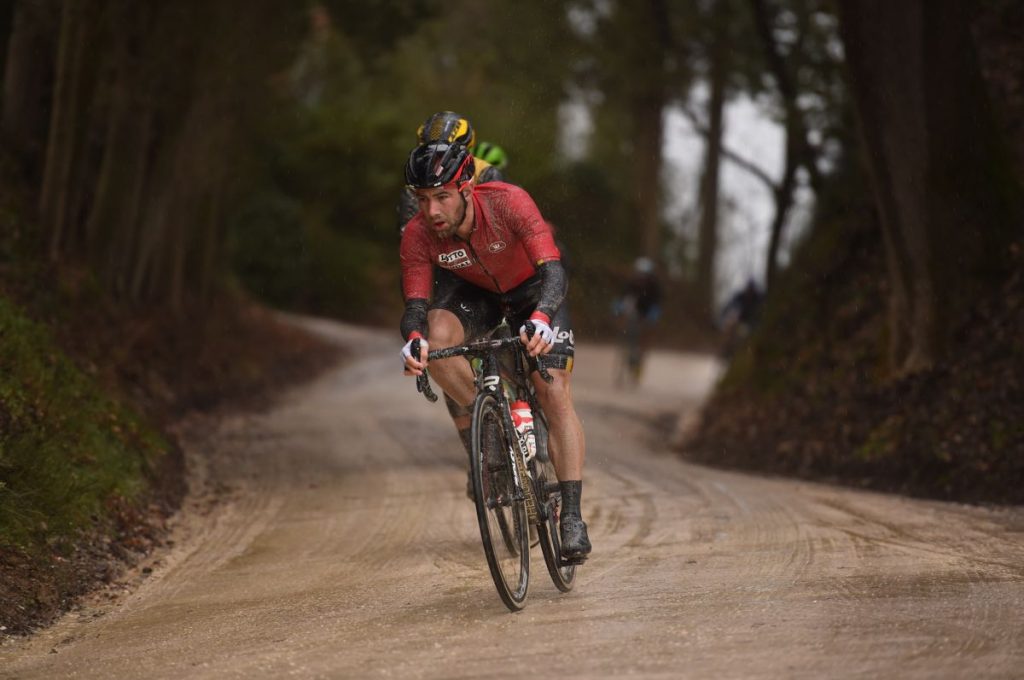 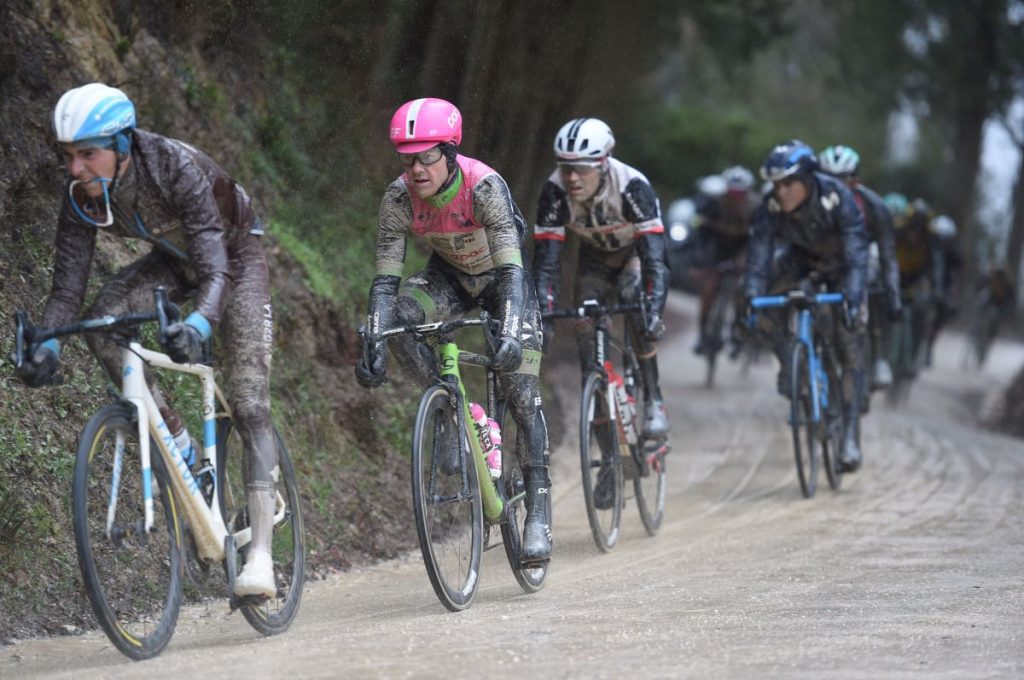 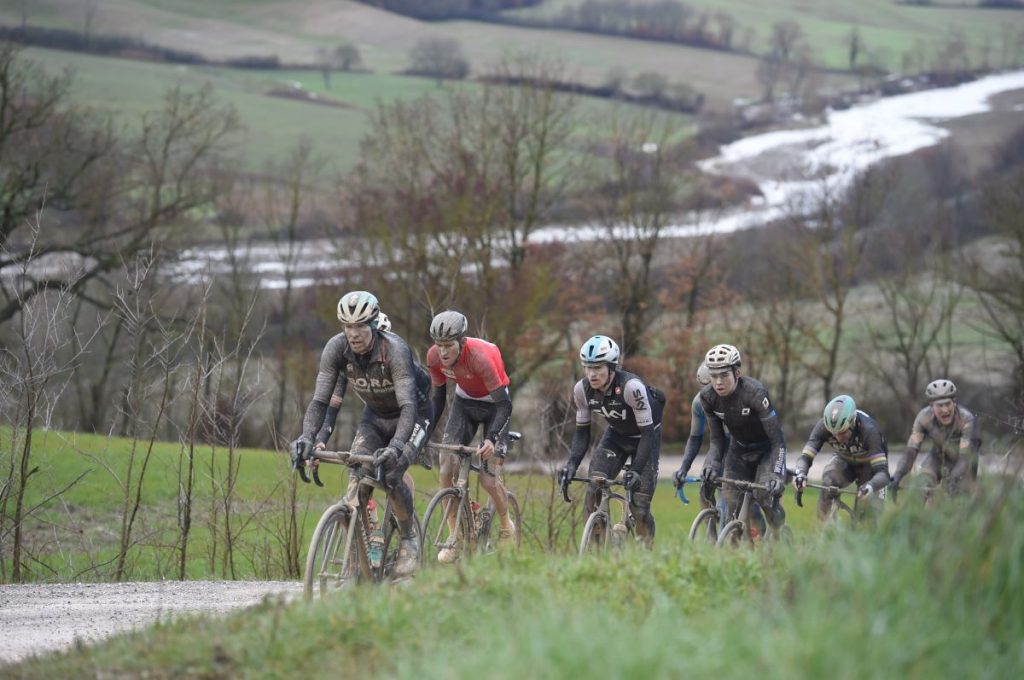 It looks vintage but the 2018 edition of the race was one of it;s most memorable because of the weather. 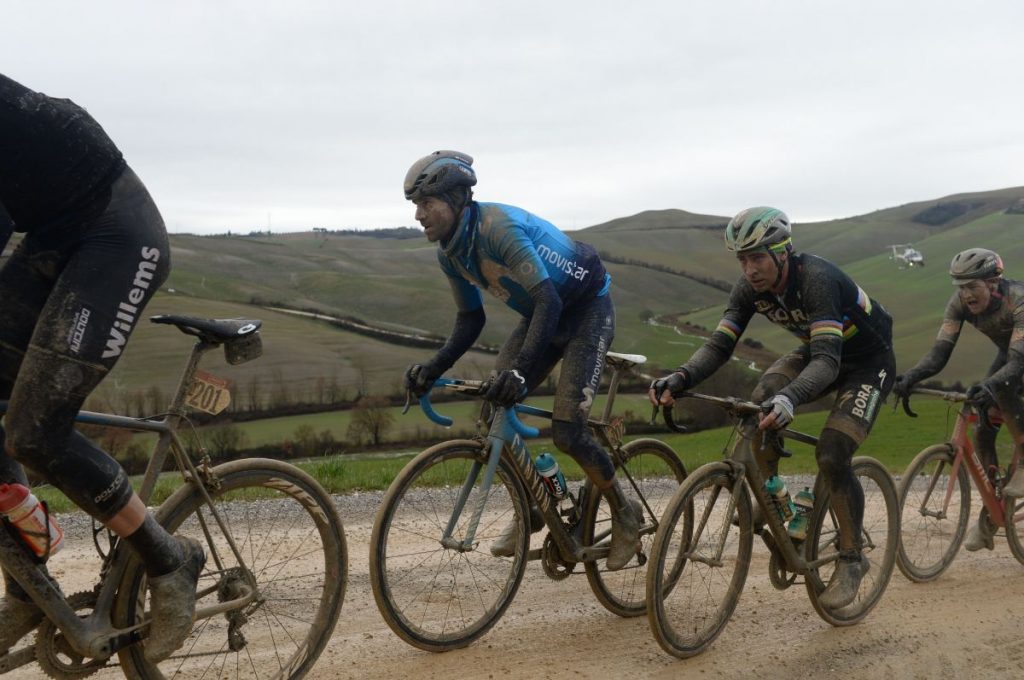 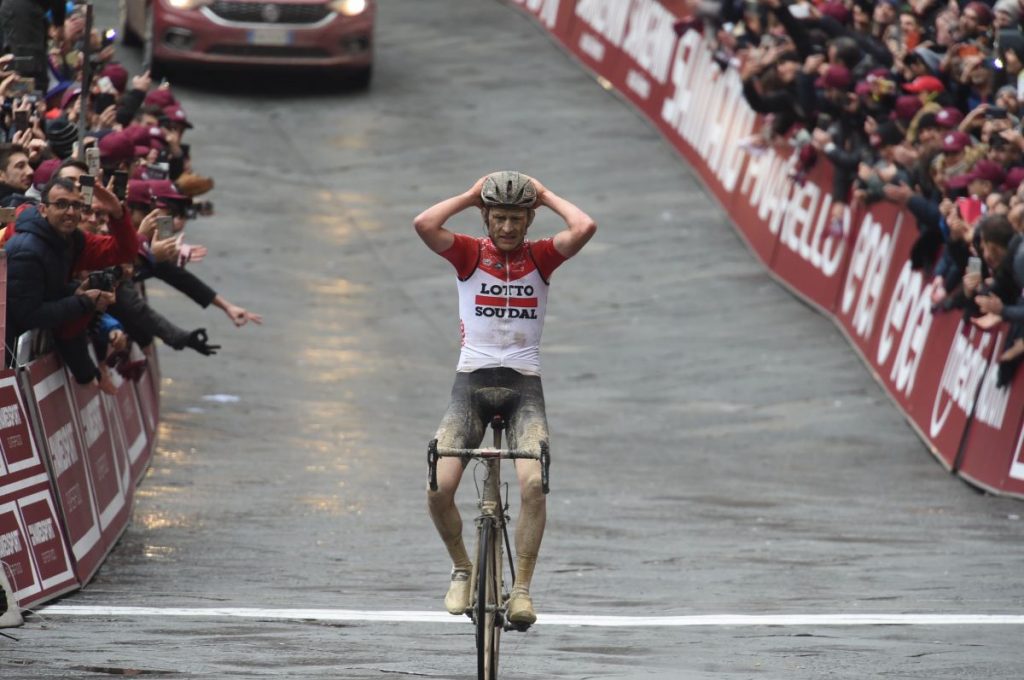 Tiesj Benoot was the strongest rider on the day. Photo: Sirotti 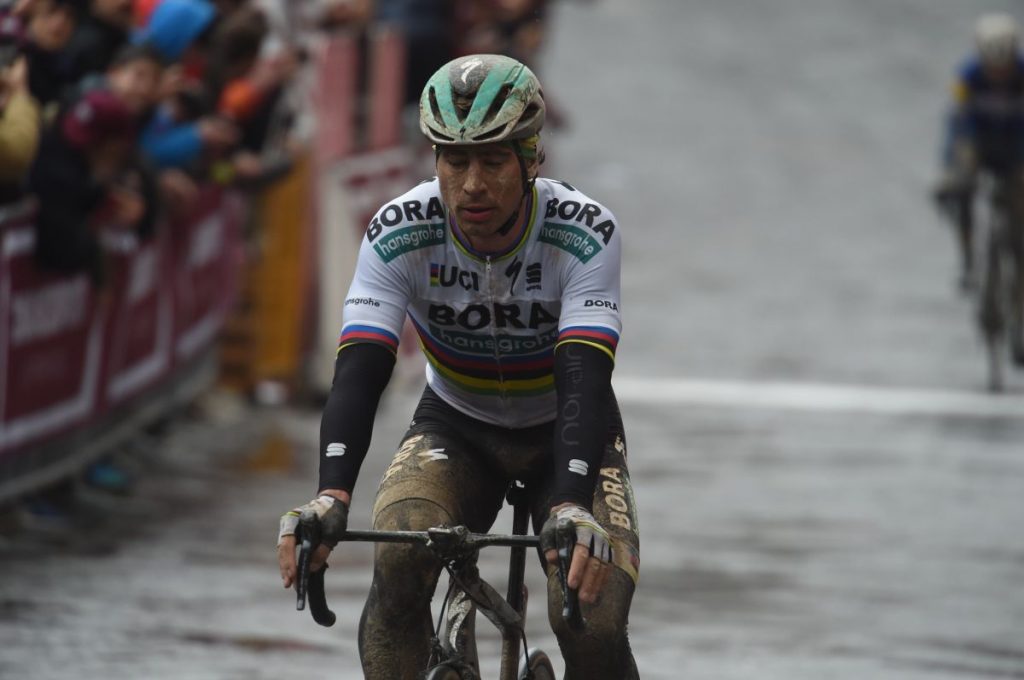 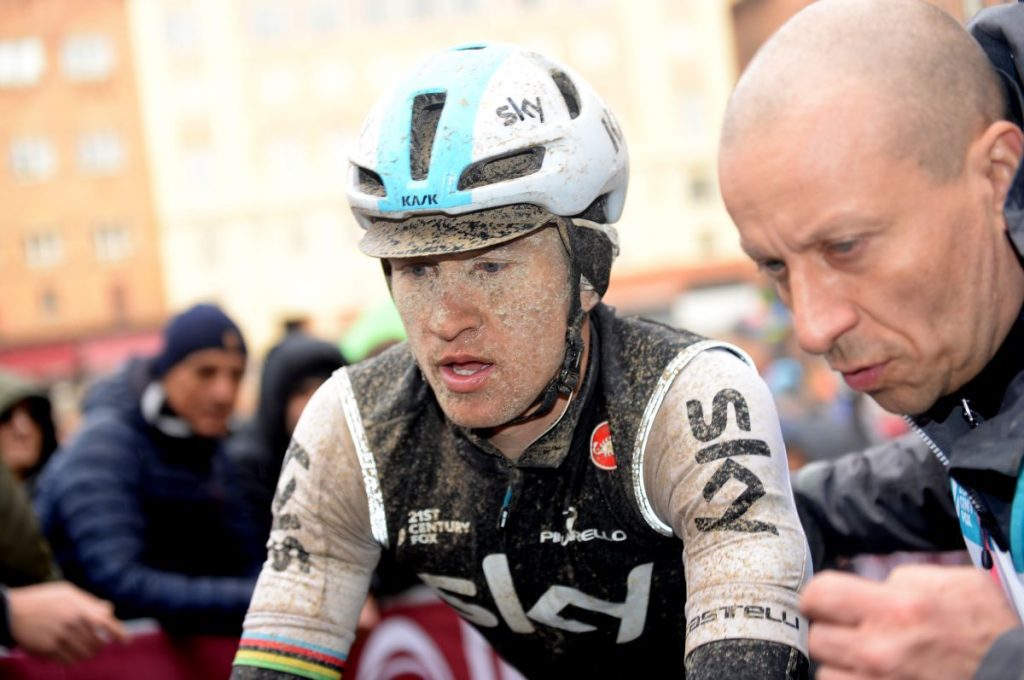 Michal Kwiatkowski was unable to defend his title. 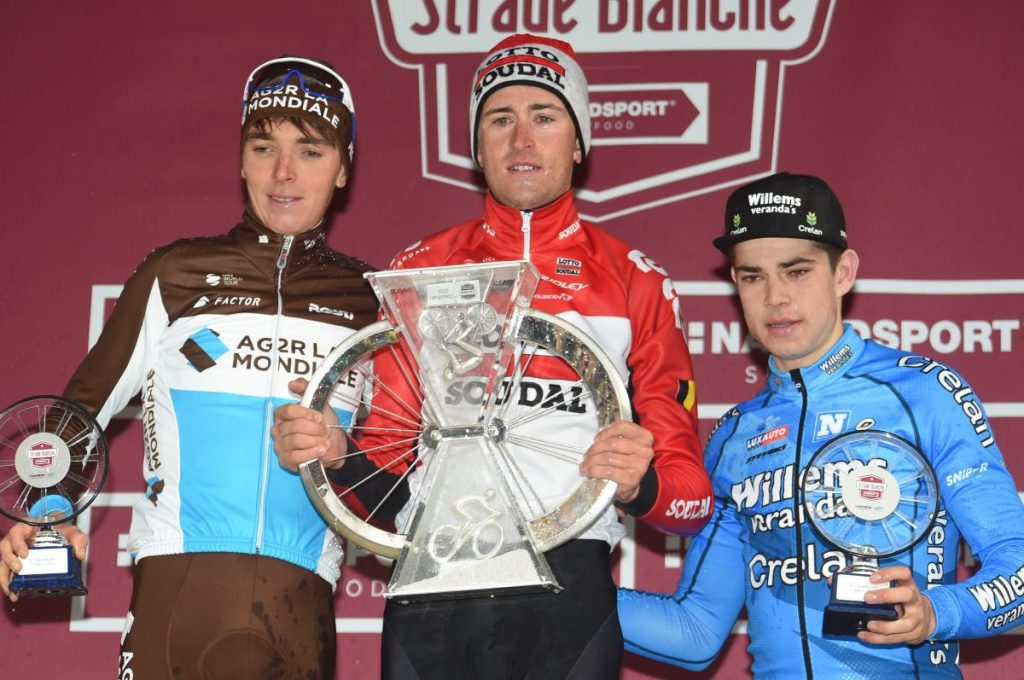 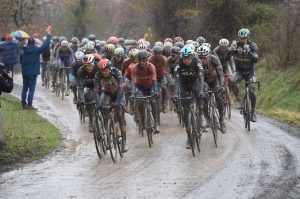 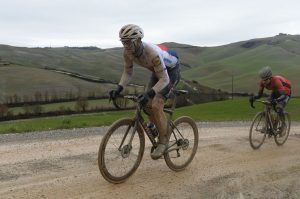 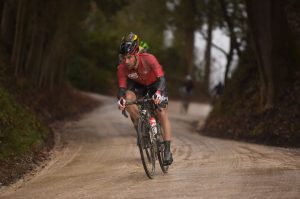 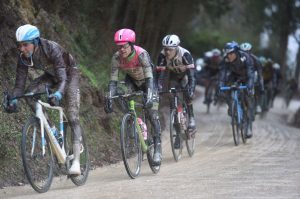 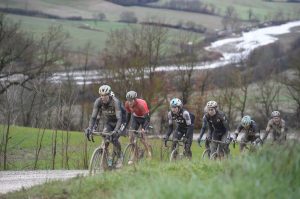 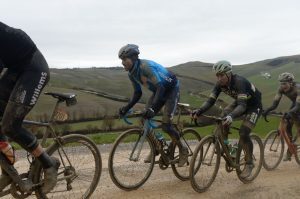 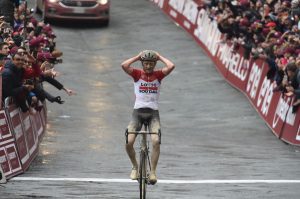 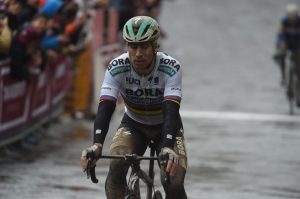 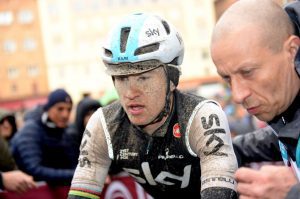 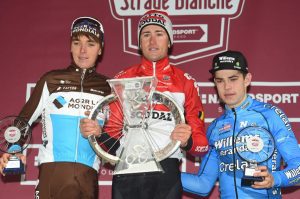 The 2018 edition of Strade Bianche will go on to live in cycling fans memories. As snow from earlier in the week gave way to rain, the white sterrata of Tuscany were sloppy with mud. Riders clothing, bikes, helmets and faces were covered in the white roads as wheels flung the dirt into the air.

It was a day of attrition and Tiesj Benoot of Lotto-Soudal imposed himself to take his first professional win. Amazing performances by Romain Bardet (Ag2R-La Mondial) and three-time world cyclocross champion Wout van Aert (Veranda’s Willems-Crelan) saw the pair of first time Strade Bianche competitors finish on the podium. Van Aert’s legs cramped up on the final slopes into the Piazza del Campo in Siena barely managing to remount to cross the line.