For most cyclists, the supermarket is ground zero for healthy eating. Yet, you need to choose wisely or you could come home with a trunk full of edible hazards that can quickly torpedo your diet. Stores also employ all sorts of sneaky tactics to get you to populate your shopping cart with unhealthy foods you simply don’t need and, in turn, to drain your cash. (Go ahead. Search “supermarket end caps” online.) It’s a good idea to arrive prepared. Arm yourself with this shopping survival guide. 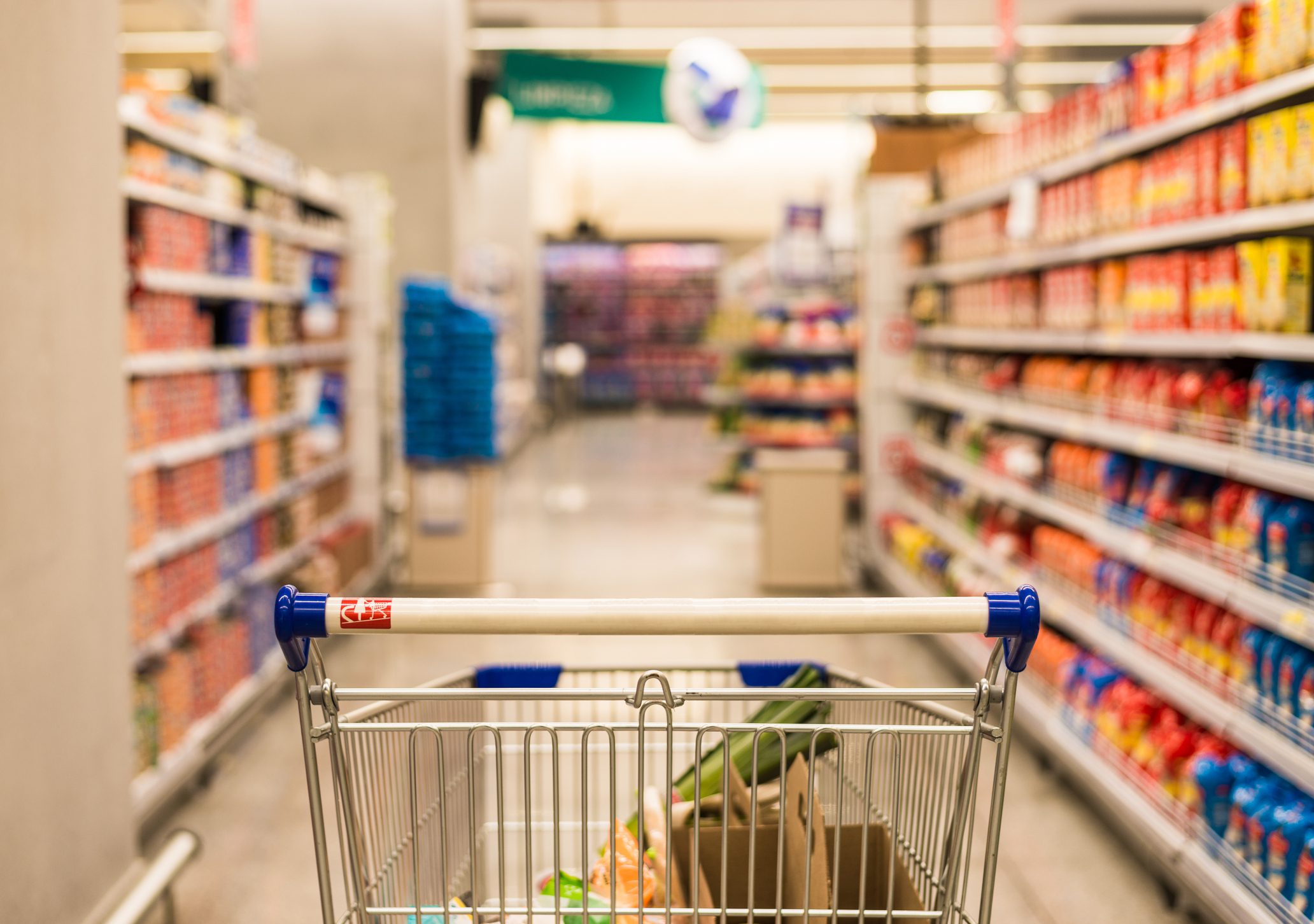 It can be dangerous to be asleep at the cart. A report in the journal Obesity found that subjects provided with a fixed budget were more likely to purchase higher calorie foods from a mock supermarket when shopping in a sleep- deprived state compared with the food choices they made following a night of restful sleep. One possible explanation is that inadequate shut-eye fires up a part of your brain that is susceptible to food rewards and makes the clamshell of muffins seem more alluring. Try taking a power nap before food shopping if you’re exhausted.

A study published in Journal of Consumer Research found that shoppers are more prone to making impulse purchases of less-nutritious, easy-to-grab foods, such as the candy bars, at checkout lanes, when they pay using plastic than when they are forced to hand over hard currency. You’re less likely to think twice about dropping that bag of potato chips into your cart if you don’t have to suffer wallet pain by parting with a set amount of cash you have on hand.

It’s not an optical illusion: shopping carts have gotten more voluminous. Research shows that larger carts can equal larger profits for store owners. People typically spend more if they push a larger “fill me” cart. If you want to keep your food budget in check and Buddha belly at bay, grab one of the smaller carts if they are available so you’re less likely to come home with a pillow-size bag of chips.

Treat a trip to the supermarket like you would a big ride – add some gas to your tank beforehand. In a Cornell University study, researchers discovered that people who crunched their way through an apple before shopping bought 28 per cent more fruits and vegetables than those who ate a cookie, and
25 per cent more than those who ate nothing. The study’s authors surmise that noshing on a healthy snack, such as fruit or yogurt before shopping, can put you in a healthier mindset and, in turn, steer you toward making better food choices. Grocery shopping without a growling belly also reduces the chances of succumbing to unhealthy impulse buys, especially when up against the enticing smells wafting from the bakery department.

Savvy food marketers know that we are suckers for clever branding. Research shows that shoppers view snack foods like cookies labelled “organic” as having healthier attributes, such as being lower in calories and higher in fibre than identical items without the organic label. Items like yogurt and candy bars packaged in green, a hue we associate with power foods such as kale and spinach, rather than white or red also elicit greater perceived healthfulness among consumers. In a Pennsylvania State University investigation, subjects consumed more of a trail mix when its label contained the word “fitness” as well as a pair of running shoes versus a trail mix where these items were absent from the label. A study in the journal Food Quality and Preference discovered that an action shot on a package, such as juice being poured into a glass, makes us think the product is fresher compared to a still-life photo. Instead of being swayed by front-of-package imagery and claims like “all-natural” or “gluten free,” read what matters most: the nutrition-facts panel and ingredient list to determine if an item belongs in your cart.

An investigation by scientists in Australia found that people who frequently use a written list of foods to dictate their purchases at the grocery store were less likely to be overweight than those who shopped without a game plan. Why? Not taking the time to menu plan means you’ll be prone to shopping on impulse, which is a recipe for being more tempted by the two-for-one deal on frozen pizza. Try organizing your list by aisle so you don’t waste time backtracking and returning to aisles where too many tempting food hazards await. The more you walk, the more you buy. 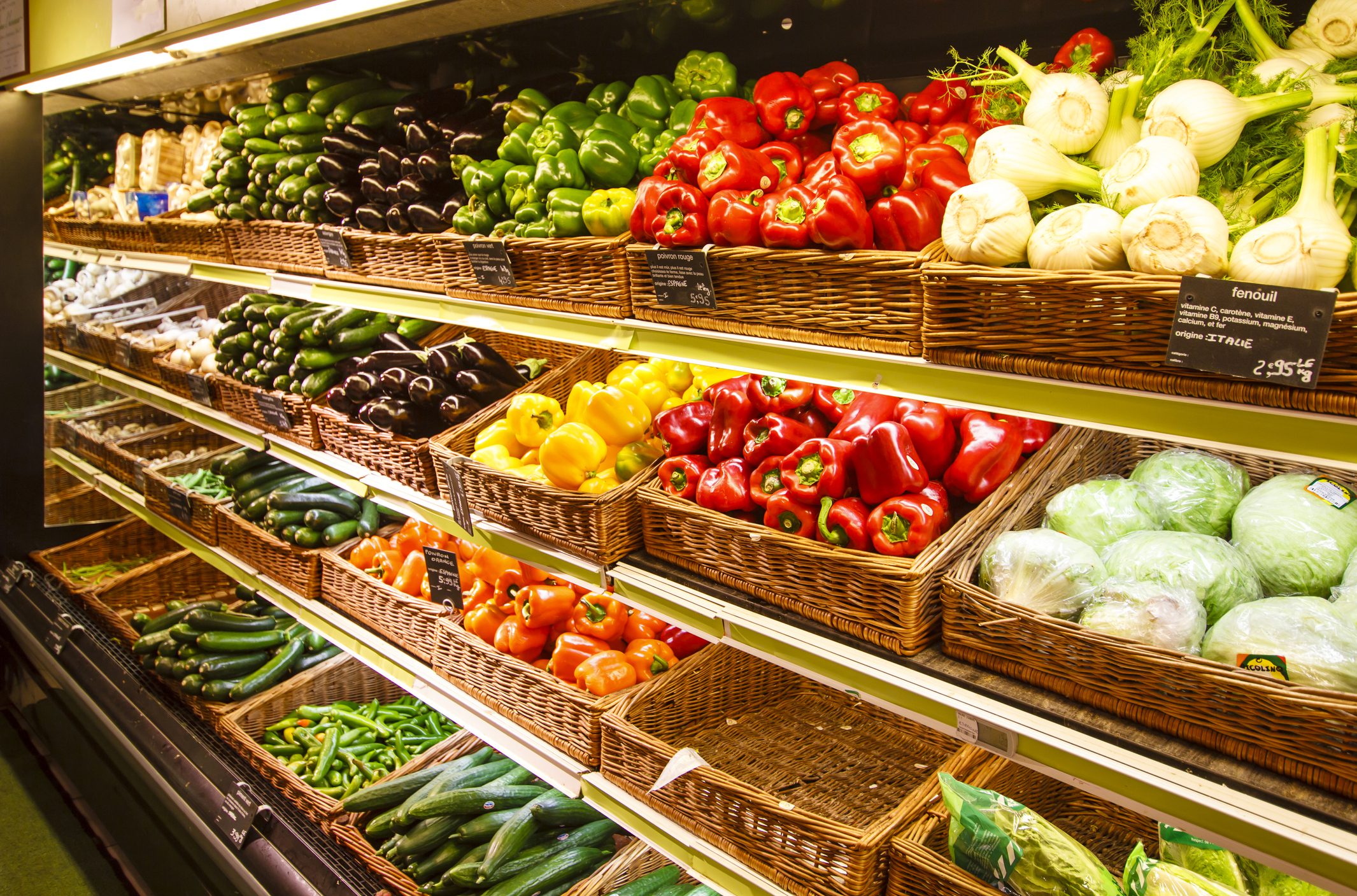 The wisest shoppers find freshness at the edges and dangers in the middle. You want to hit up the produce section immediately after picking up your cart when you still have plenty of energy and are less likely to feel rushed to get out of the store. This simple task will encourage you to purchase a bigger bounty of fruits and veggies that contain many of the nutrients an active body requires most.

Those one-bite free samples may seem innocuous, but they may have the power to blow up your diet. Researchers from Arizona State University found that nibbling on samples when grocery shopping makes it more likely you’ll actually buy the full-size item, as well as other nutritionally suspect foods, even if they are stuff you normally wouldn’t consider to be wise choices. So unless the sample lady is offering up apple slices (yeah right!) steer clear.