In celebration of the Lunar New Year, the Picasso of Strava, Lenny Maughan, sketched out a tiger by running the streets of his hometown, San Francisco, and it is easily the most intricate piece of Strava art we’ve yet seen.

According to Maughan’s Strava data, it took him 21 and a half hours over four days to draw this 153-kilometre masterpiece, with over 2,690m of elevation gain in one of North America’s hilliest cities. (This run is sensational, even without the detailed Strava art.) 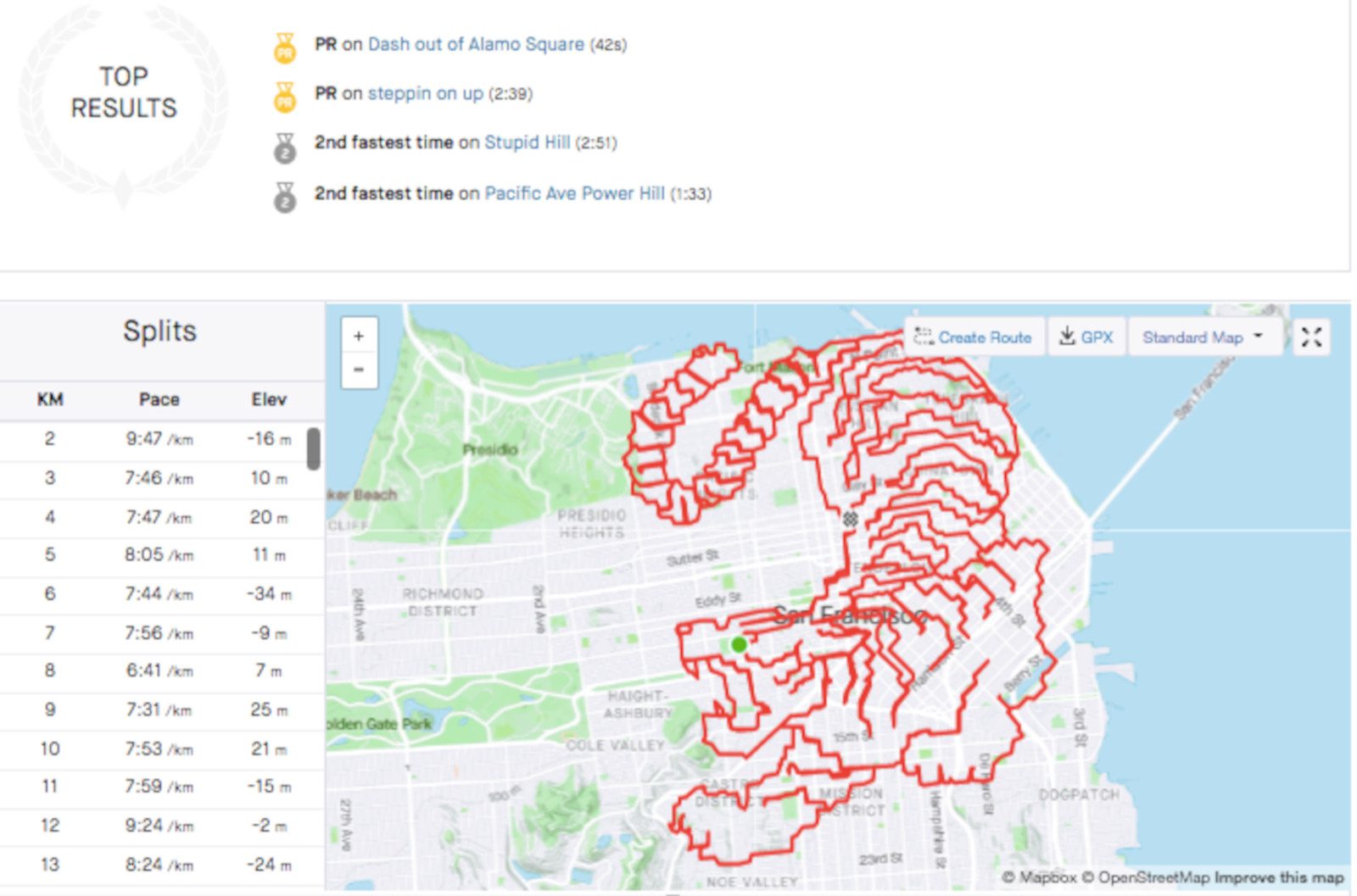 Maughan has sketched many previous doodles, such as a shamrock for St. Patrick’s Day, a pig, a footprint and the artist Frida Kahlo. According to his Strava, he tries to run six to eight drawings a year in the north end of San Francisco.

What’s up with Egan Bernal’s Strava?

In a 2019 interview with SFGate, Maughan described the planning that goes into each piece. He prints out a paper map and sketches his route. He usually goes through several different iterations of the map before he sets off on a run. While he’s on his run, he must be very careful to follow the route, if he makes a wrong turn it could ruin the whole piece.

Maughan has established a large following for his GPS art on his Strava page. You can check out more of his sketches here.

This article was originally published in Running Magazine.