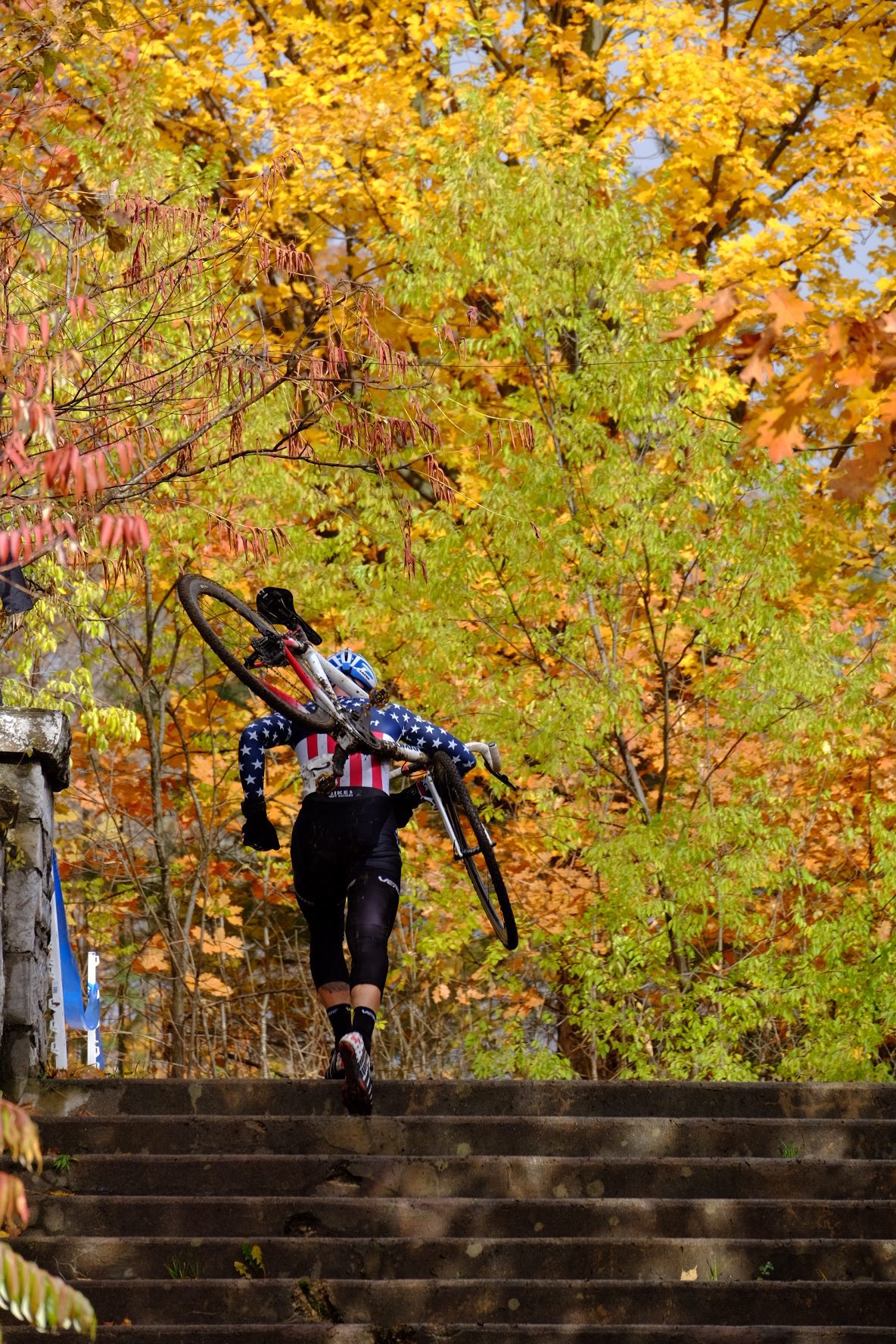 Patricia Konantz of Chelsea, Que., won the first masters jersey at the Pan-Am championships. “I competed in 65 to 74. I don’t like to broadcast that too much. I don’t feel 65. I just had a birthday last Monday,” Konantz said. She plans to sport the jersey in Eastern Ontario Cyclocross Series.

The elite women’s race winner, Ellen Noble, liked the crowd that was at the C2 race. “But they are so biased,” she joked. “I can tell I’m not racing in the U.S. In the U.S., there’s more “Go Elly!” In Midland, Ont., she get more muted “whoos” even for winning the race.

Gallery from Day 1 of the Silver Goose

After every possible form of precipitation peppered the Masters championship races, the sun came out for the Junior and Elite events, solidifying much of the wet ground into a peanut butter-thick substance that clung to drivetrains.

The 2018 Silver Goose Pan American cyclocross championships weekend kicked off on Saturday at Little Lake Park in Midland, Ontario. Not only were the championships being held in Canada for the first time, but it was also the first time that Masters racers would race for Pan-American titles.

Ellen Noble and Gage Hecht took UCI C2 wins at the Silver Goose on Saturday. Michael van den Ham and Maghalie Rochette finished third respectively as the top Canadians. The Pan Am champs are on Sunday for the elites. We are excited to see what the top riders can do on the fantastic course in Midland, Ont. #canadiancycling #cycling #cyclocross #bikes #cross

A post shared by Canadian Cycling Magazine (@canadiancycling) on Nov 4, 2018 at 6:13am PST

Sunday – Junior, U23 and Elite Pan Am Championships 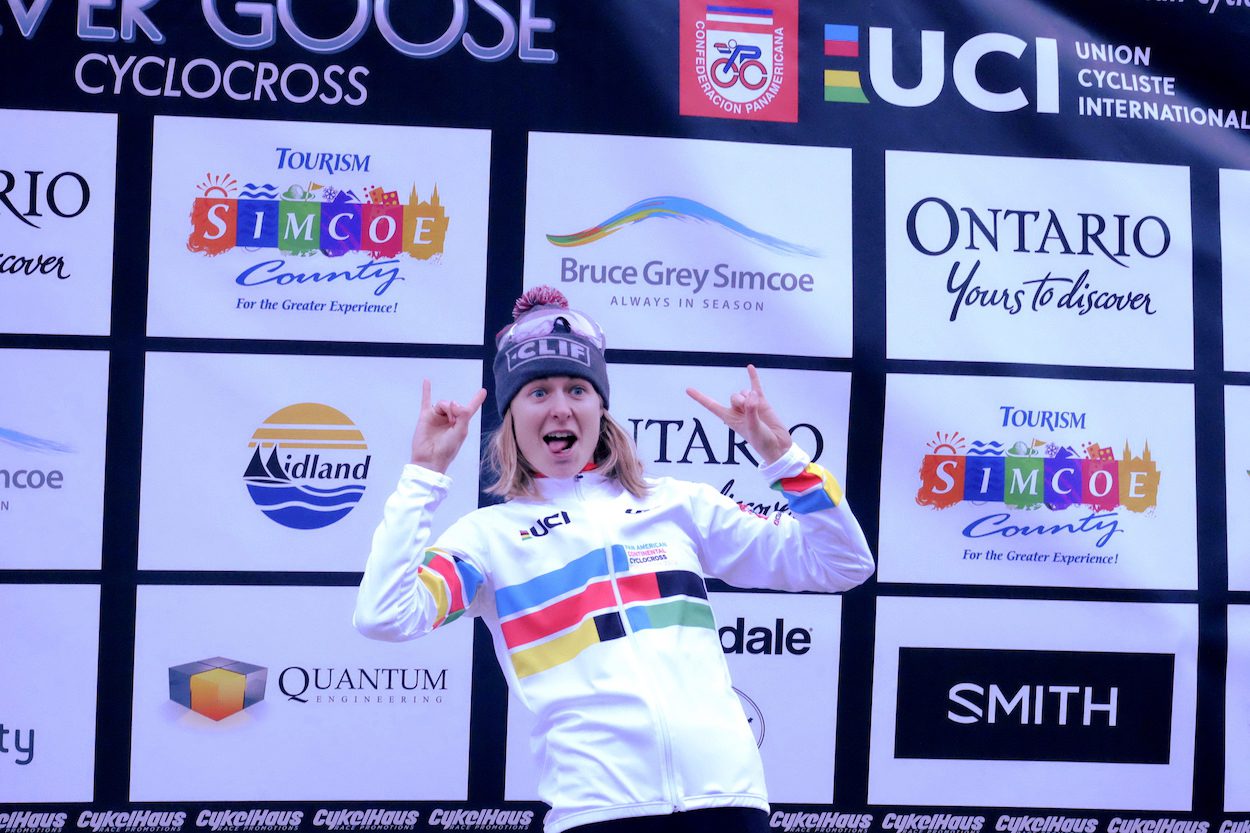 “I wanted that one really bad,” van den Ham said. “It feels good to be that close. But I’m disappointed at the moment, especially when it comes down to half a wheel or a quarter of a wheel, whatever it was. Man, that was a full out brawl out there, right from the gun.”

Rochette noticed that the crowd in Midland, Ont., had a lot of CX Fever. She feels enthusiasm for the discipline has increased throughout the past few years. When asked if she could assign a temperature to CX Fever, she said, “I don’t think it could go higher. The thermometer would explode. It’s pretty powerful.”

Silver Goose CX concluded on Sunday with two of the most dramatic and hard fought races of the whole weekend, as Canadians Michael van den Ham and Maghalie Rochette vied for the Pan-American cyclocross championship titles.

Canadian Maghalie Rochette was the only Canuck to win a Pan American cyclocross title on Sunday’s final day of the Silver Goose Pan-American Cyclocross Championships at Little Lake Park in Midland, Ontario. On a course that had dried out in the sun and wind, Ruby West and Michael van den Ham earned silver medals.

Interview with Ruby West, second in U23 Pan-Am championships

Maghalie Rochette comes in for the win

A post shared by Canadian Cycling Magazine (@canadiancycling) on Nov 4, 2018 at 1:38pm PST

Michael van den Ham after being edged out into second place

Tough in battle. Oh so close for Michael van den Ham in front of the home crowd. #canadiancycling