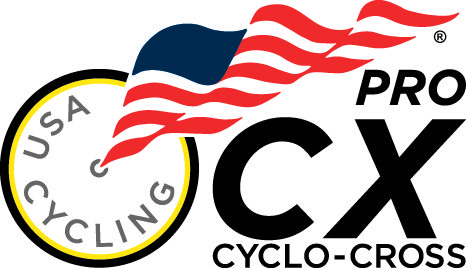 If you’re not a fan of autumn, the first day of the Nittany Lion Cross, held Saturday in Trexlertown, Pennsylvania, might have left you with a sense of seasonal foreboding. After all, when cyclocross starts, the weeks and months of long-sleeved jerseys and messy, excitingly difficult courses aren’t far behind. Let’s face it: they’re already here.

This year’s competition didn’t offer anything new in terms of course features, but as ever, the pace of competition on the touch, rider-testing terrain more than made up for it.

Mixing the recipe of that challenge, a light rain was falling before the Elite women took to the start grid on the first day of competition. Later, the riders well underway, that rainfall was already coming down hard, steadily soaking the terrain to make for a very wet, very trying course for some of the world’s best cyclocross athletes.

From the outset, the race got off to a fast, aggressive start, but that trend didn’t last long for even some of the veteran participating riders. A sharp hairpin turn marked one of the first obstacles of the race, which caught two of those leading riders with a crash, dropping them into an offensive mode. For Arley Kemmerer of Level Eleven Racing, a recovery took her from the back of the bunch to 9th place. Gabby Durrin of Neon Velo, however, wasn’t so fortune, with mechanical troubles taking her out of competition altogether.

As a result, though, the confusion and density of the competition opened up an opportunity for Amanda Miller of Boulder Cycle Sport/YogaGlo and Ellen Noble of JAM Fund/NCC/Vittoria to break off from the main bunch, followed hard by Cyrstal Anthony, Miller’s teammate. With a bungled dismount by Noble, though, Anthony closed in, launching hard into an attack to take a second place position.

Behind the new lead pairing of Boulder teammates, Rebecca Fahringer found herself in third place — a position she would maintain until the race’s conclusion with the support of her team. If there were dust on the wet course, that of the first three riders would have found Noble, dropped back from the lead, duking it out for fourth place with Ally Stacher of Stan’s NoTubes. One attack after another saw the two riders swap positions, until Noble edged into a marginal advantage to cement for herself fourth place at the race’s conclusion.

The men’s race, meanwhile, was similarly animated, with Dan Timmerman — also of Stan’s NoTubes Elite — taking an early lead during the competition. Close behind was Wietse Bosmans of Belgium, riding for BKCP-Corendon, who came into the competition at the top of the global rankings after taking two UCI C1 victories in a row earlier in the season.

For the men, that rainfall that inundated the Elite women’s race had petered off to become more of a light trickle. The terrain itself, though, was no less challenging that it was for the powerhouse ladies of the competition earlier in the day.

Behind Timmerman and Bosmans was a group of four riders on the chase: Jeremy Durrin of Neon Velo, Kerry Werner of Raleigh-Clement, Cameron Dodge, and Curtis White of Cannonade. The four riders worked together, exchanging attacks with the result of a 30 second lead on the rest of the 70 rider-strong field. Through much of the messy, still-wet race, they managed to maintain that dynamic.

At the front of the field, it was no different for Timmerman and Bosmans.

By the time the lap counter had ticked down to just four remaining, the race was firmly divided into two groups: the lead of Timmerman and Bosmans, comfortably out front, with the chase group firmly and steadily just behind them. The two leaders swapped the lead position out front, the result of both riders choosing almost pilarly-opposed vectors through some tight, near-tractionless turns. Timmerman’s inside turns seemed to give him a more secure hold on the terrain, while Bosmans, taking wide turns from an outside position, built up a good deal of speed and stability, staying close to Timmerman through the hard, slick turns.

Dodge, meanwhile, made an aggressive attack from the chase group with one lap to go, powering himself into third place with Bosmans and Timmerman ten seconds ahead. White and Werner, meanwhile, finished in sixth succession, with Jeremy Durrin close behind in sixth place.