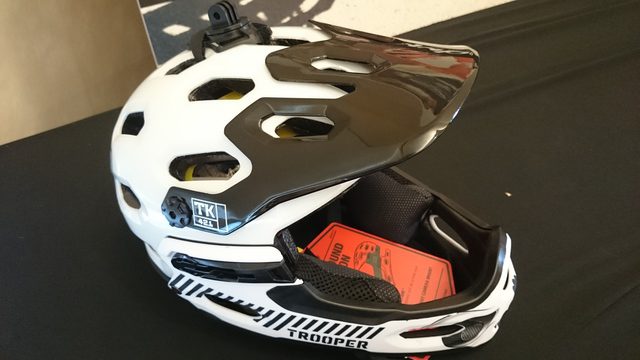 With the release of Star Wars: The Force Awakens, it’s pretty likely you won’t be able to go anywhere without coming in contact with a handful of C-3P0s, Han Solos and Princess Leias, all dressed the part, all eager to see the continuation of the now-classic saga. A cursory glance at any theatre lineup in Canada will likely attest to that.

A new line of bike helmets released by Bell, meanwhile, demonstrates that it’s not just at the movies where you’ll see the Star Wars legacy alive and well in 2015, but also in the saddle.

The line of helmets comes as a result of an exclusive, six-year partnership with Lucasfilm, under which the noted bike brand will distribute Star Wars-branded gear. The helmets are certainly appropriate to the theme. Two BMX-style, dual-certified lines of helmets are available, called Segment and Segment Jr. The former includes a matte black “Darth Vader” finish, emblazoned on the side with the logo of the Empire from the first films. The latter, in eye-catching fashion, includes models named “Boba Fett” and “Millennium Falcon,” their shells adorned with images of the classic bounty hunter Star Wars character in the first case, and the iconic spacecraft of Han Solo in the second. 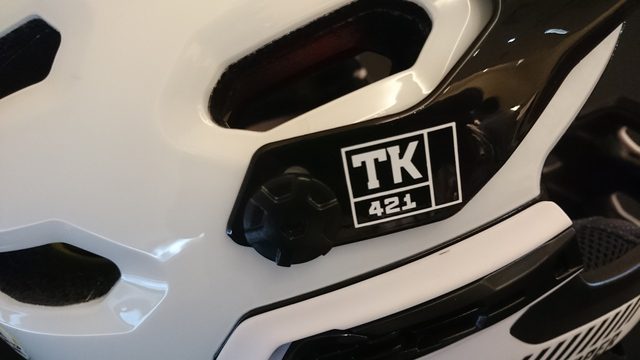 For trail riders, though—especially those with a keen eye, or ear, for the lore of Star Wars—the Super 2R trail helmet might prove particularly appealing.

The Super 2R is a MIPS-equpped helmet, available in two styles: “Boba Fett,” and “Stormtrooper,” the latter of which is pictured here. Both include wraparound protection, an integrated breakaway camera mount, the Goggleguide adjustable visor system, over-brow ventilation and the protection against harmful rotational forces that comes with MIPS technology, among other features. What especially Star Wars-loving downhill specialists might notice, though, are the letters and numbers that appear on the side of the helmet: TK-421. As in the Stormtrooper ambushed by Han Solo and Luke Skywalker in the first film, when Princess Leia gets broken out of a Death Star jail cell.

Maybe another explanation for that Stormtrooper’s absence is that he was out for a rip, possibly on the trails of Endor. 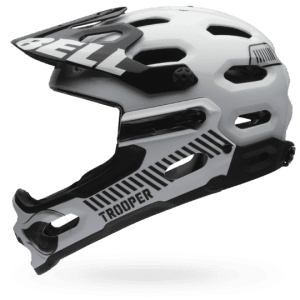 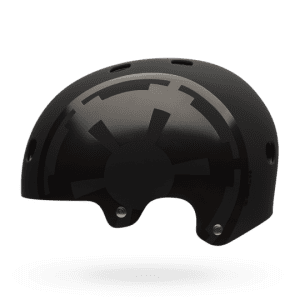 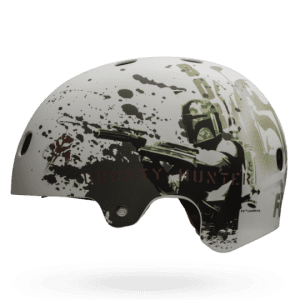 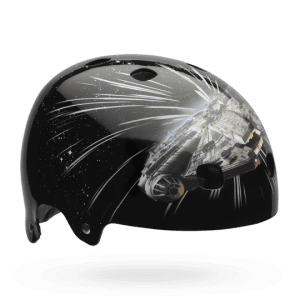