Three-time Canadian national under-23 road champion Benjamin Perry will be riding for the Cycling Academy Team for the 2017 and 2018 seasons. The Israeli-based team will elevate it’s status to UCI Pro Continental in 2017 meaning that more of the biggest races on the calendar should be on the teams schedule for next season. The 22-year-old St. Catharines native has spent the last two seasons with Montreal-based Silber Pro Cycling.

We are proud to welcome 3x Canadian national U23 champion@benjefperry to our Pro-Conti roster for 2017-2018 !! pic.twitter.com/MWE4jrPC1q

“To be part of the Academy’s great project and vision will serve as extra motivation” said Perry who will be participating in a joint Canadian and Israeli national team training camp to prepare for the upcoming world championships in Doha, Qatar. “I hope to be competitive, attentive, and try to deliver a good showing at my fifth world championships”, Perry added.

RELATED: Despite roller-coaster season, Michael Woods is driven and enjoying life in the WorldTour

Perry is fresh off one of the most impressive rides of his career at the Grand Prix Cyclistes de Montreal where he rode in the days breakaway and took the climbing classification in the UCI WorldTour race. His palmares also includes wins on Stage 1 of the 2016 Grand Prix Cycliste de Saguenay. He took the stage win in Saint-Georges ahead of the Cycling Academy’s Estonian Mihkel Raim. Perry would finish the race second overall to teammate Ryan Roth along and collected the points and young riders classifications. At the Philedalphia Cycling Classic, Perry finished seventh and was awarded the prize for the races best young rider. His successes sees him as the second highest U23 rider in the UCI America Tour rankings.

“We are excited to have Benjamin join our team” said dual Canadian and Israeli national Sylvan Adams, a business man who is a team board member. “Benjamin, is a promising talent on the rise, who has already demonstrated that he is capable of preforming under pressure at crunch time at the end of races. We are confident that he will help us significantly in our quest to win races next year, as we deliver our Israeli team to the start line of some of the biggest races in the world”. 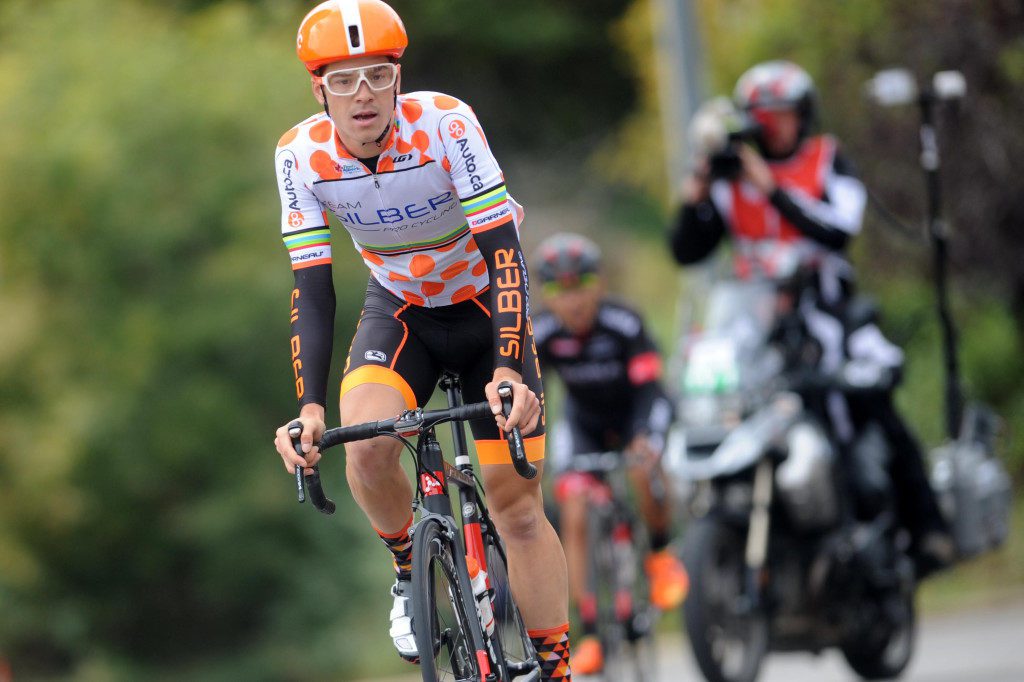 Along with his three national U23 titles, Perry has also won the elite national criterium championship title in 2015 and 2016. In 2015 he won the final stage of the Tour de Beauce and the climbing classification at the 2015 Tour of Alberta. Perry joins Montreal-native Guillaume Boivin on the team. Boivin joined the Cycling Academy in 2016 and extended with the team for 2017 season.

The Cycling Academy is wrapping up it’s second season after being launched  in November 2014 with the help of Peter Sagan. Perry is just the first of the teams new additions for 2017 with other young riders expected to join the team as it moves to UCI Pro Continental status.