Bike helmets are currently not tested in simulated collisions with cars, a fact many might be surprised by. Current testing is fairly basic with bike helmets being dropped on flat or angled surfaces instead of in more complex tests that add in the additional factor of a motorized vehicle in a crash. A new partnership between Swedish companies Volvo and POC is intended to right that fact by doing what they are calling the world’s first crash tests of bike helmets against cars. 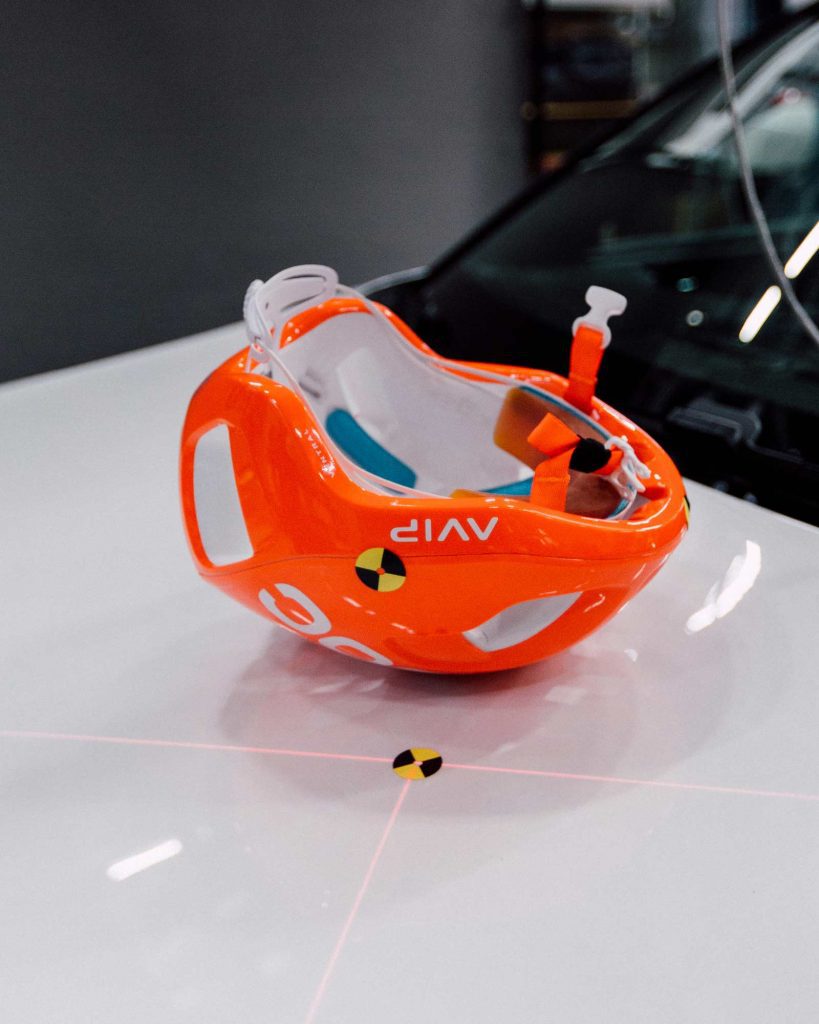 Volvo and POC are seeking to better understand the types of long-term injuries sustained by cyclists in collisions with cars. Because collisions between bikes and vehicles can often lead to serious injury or death, Volvo are looking to develop active safety technologies to prevent these collisions from taking place. Meanwhile, POC hope the series of tests will help them develop safer and more protective helmets for car-bike crashes.

“Current bike helmet testing procedures are fairly rudimentary, involving helmets being dropped from different heights on either a flat or an angled surface, and do not take into account vehicle to bike accidents,” explained POC Lab. “The Volvo-POC project aims to further refine and advance such testing.”

The testing is being conducted at Volvo’s Gothenburg, Sweden safety research facility. POC helmets are being worn by crash test dummy heads and then mounted to a rig that launches them towards different areas of the hood of a Volvo car at different speeds and angles. 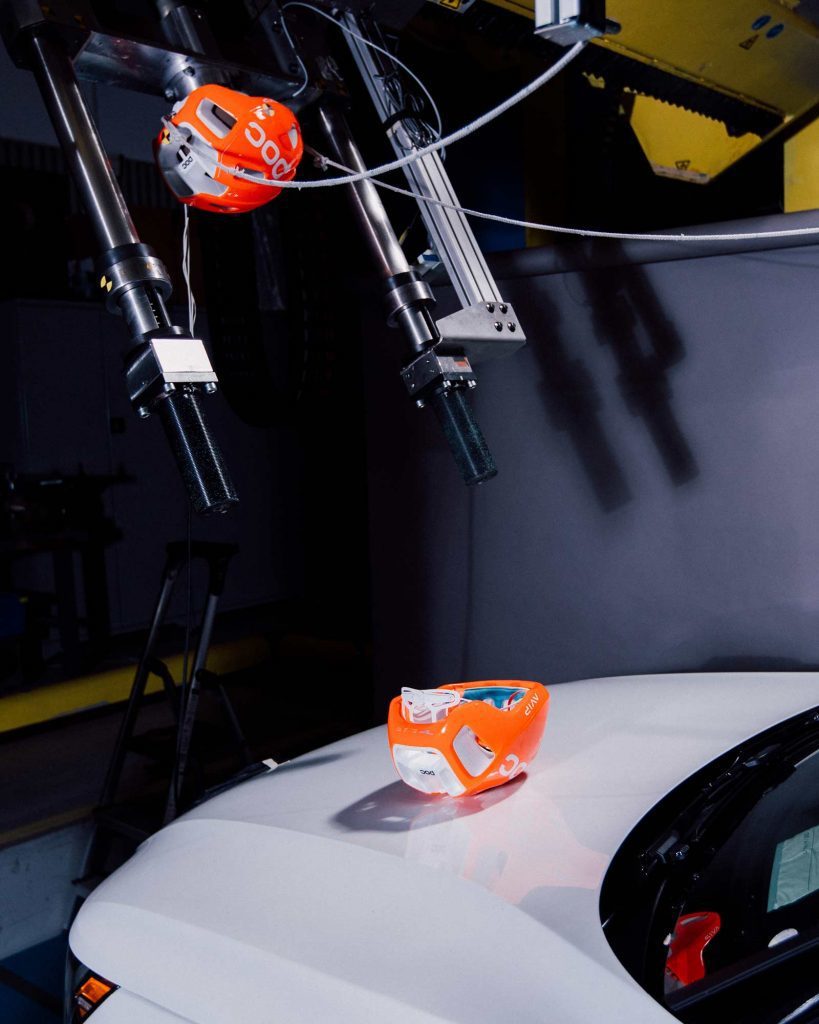 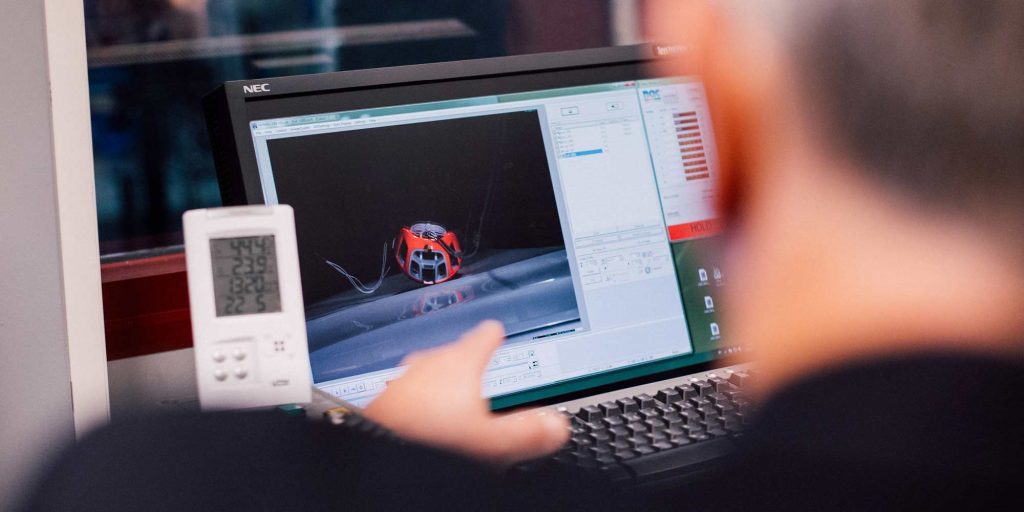 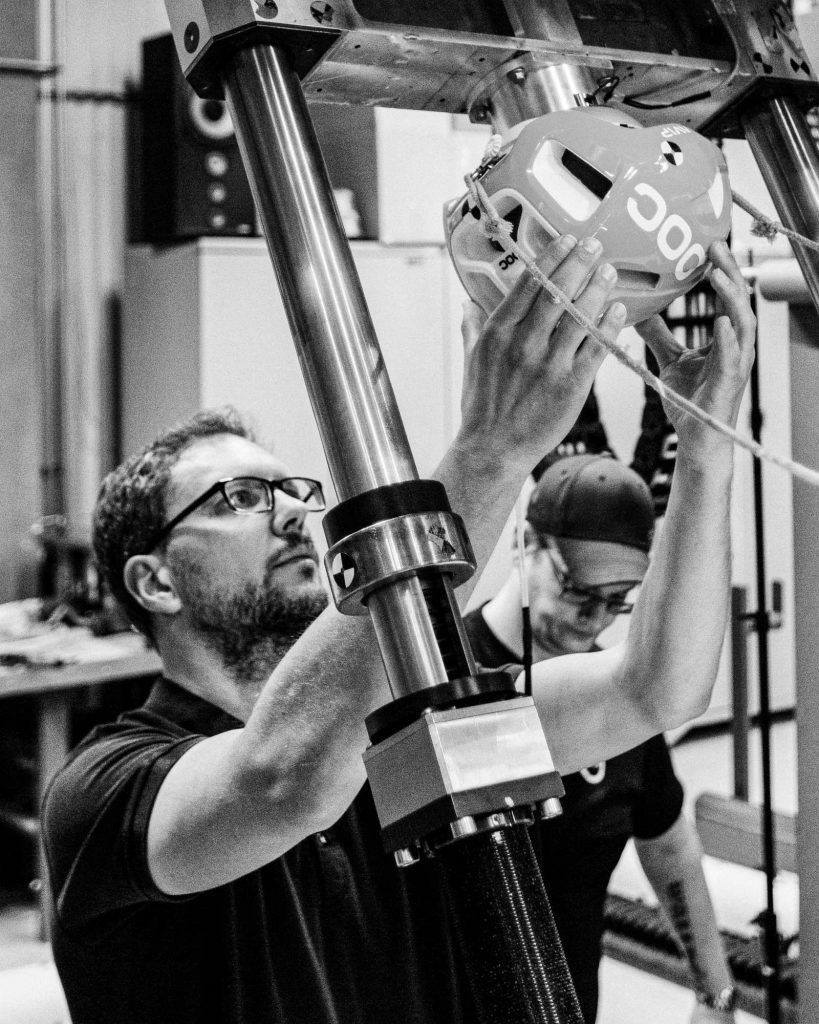 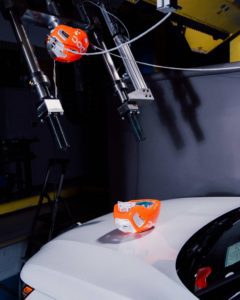 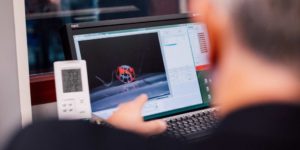 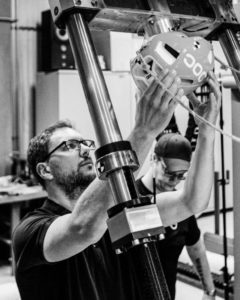 These tests are based on existing regulatory procedures for pedestrian head protection. The companies are making comparisons between wearing a helmet and not wearing a helmet in these types of collisions.

“This project with POC is a good example of our pioneering spirit in safety,” explained Malin Ekholm, the head of the Volvo Cars Safety Centre. “We often develop new testing methods for challenging traffic scenarios. Our aim is not only to meet legal requirements or pass rating tests. Instead we go beyond ratings, using real traffic situations to develop technology that further improves safety.”

Volvo is developing cyclist detection systems that can warn a driver of an imminent collision and even apply the car’s brakes if further action is needed. Meanwhile, POC is looking for ways they can better protect cyclists heads and go beyond the current regulatory structure for bicycle helmets.

“By working closely with scientific leaders in the POC Lab we strive to lead the way in introducing new safety ideas,” said POC head of product development Oscar Huss. “Certification standards are essential, but they should never limit our willingness to look beyond their parameters to find better and more innovative ways to reduce the consequences of accidents.”

While it’s a worrying prospect that bike helmet manufacturers have been failing to take into account vehicle-bike collisions into their testing protocol, the research should give users and manufacturers a better understanding on what type of collisions bike helmets can actually protect cyclists from. The research could also one day lead to more stringent bike helmet testing regulations since Volvo and POC are likely to expose flaws in the current regulatory standards through their testing.