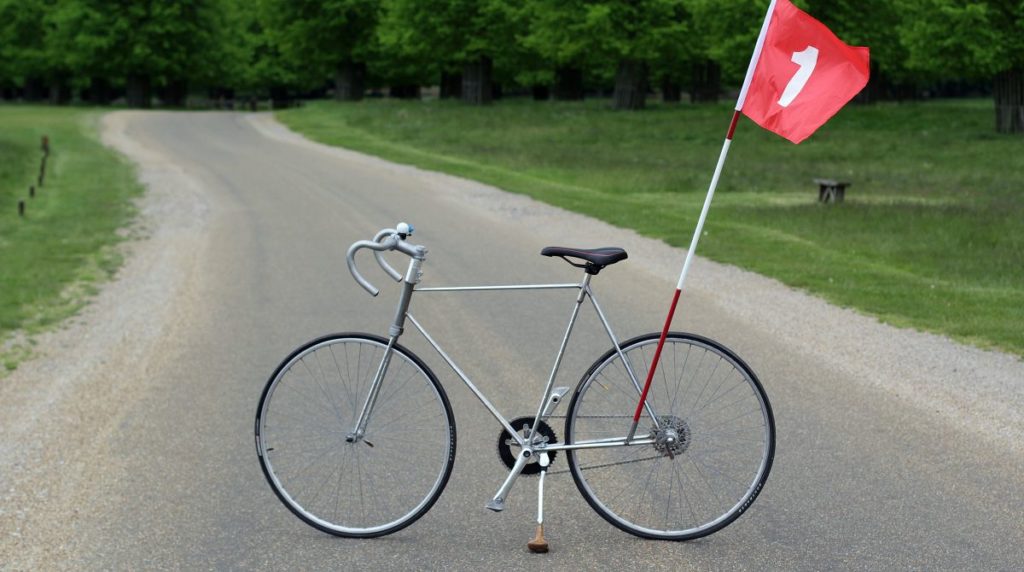 A lot has been made of middle-aged men switching their golf clubs for bicycles. It’s a trend that has garnered lots of attention and in order to highlight the switch, a graphic design student at Kingston University in London, U.K. decided to build a functional bicycle from old golf clubs.

The project got underway for Calum Ray when he returned home during a break to his home in Hertfordshire. “I was really struck by the increase in cyclists on the road. At the same time I noticed a lot of golf clubs were closing and I wondered if there was a correlation,” Ray said. “I visited a few clubs and they confirmed their numbers had declined over the past few years.”

After doing more research into the statistical data he decided to prepare a project for his final year of school. “I came up with the idea of producing a representation of the way social sport has evolved for the 21st century’s middle-aged men,” he said.

Ray started by purchasing a set of unused clubs for 99 pence ($1.7) which he said really supported the point he was trying to explore with the project.

With the help of a technician at his school, the project begun coming to live but not without difficulties. “The biggest challenge was that golf clubs are so thin and so light they are incredibly difficult to weld,” he explained. As the project came together different elements were developed like the golf club head pedals and the limits of the material were found with Ray being unable to make the handlebars with bent clubs because they lost their strength.

RELATED: How to get your bike really clean

The final bicycle is fully functional turning out to be light and surprisingly sturdy. Though you are unlikely to see one of these on the rack at your local bike shop anytime soon, the design will be open source. “I am designing a manual, which will be open source, so that other people can turn their old golf clubs into bikes,” said Ray. “It’s also to highlight the humour in the idea. Imagine a peloton of golf bikes cycling along the highway or the fairway!”

Finally, something to do with that set of unused golf clubs taking up space where there could be a bike in your basement.

To read more about the project visit kingston.ac.uk