Click the main image and use your keyboard’s arrow keys to navigate the slideshow. 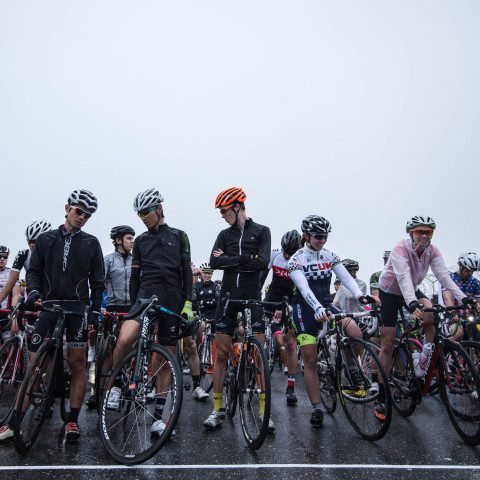 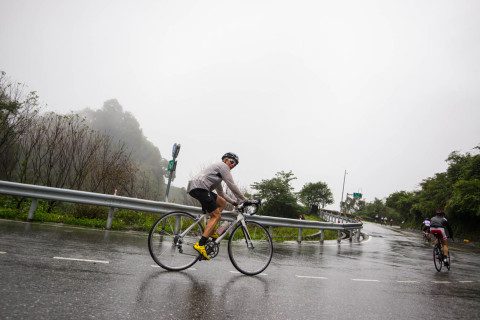 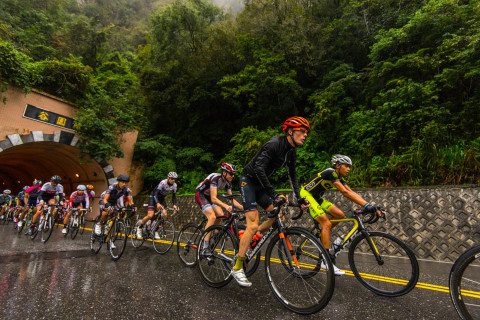 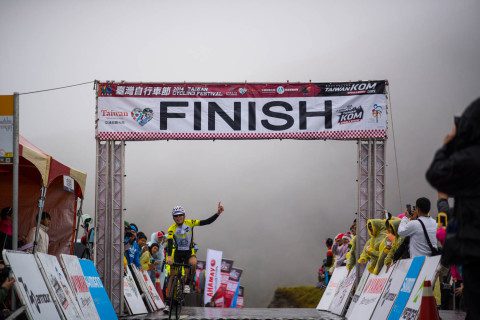 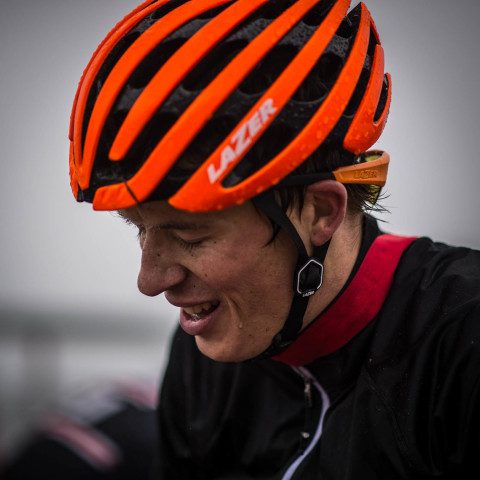 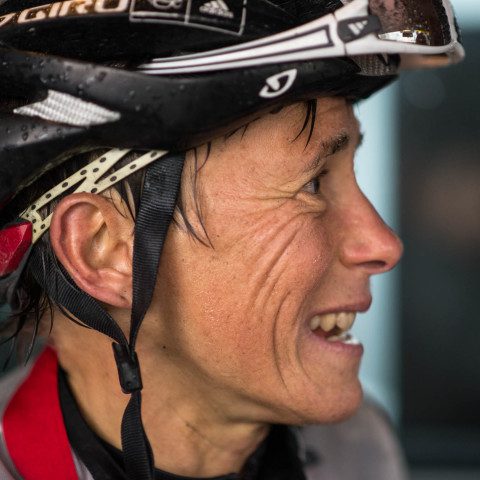 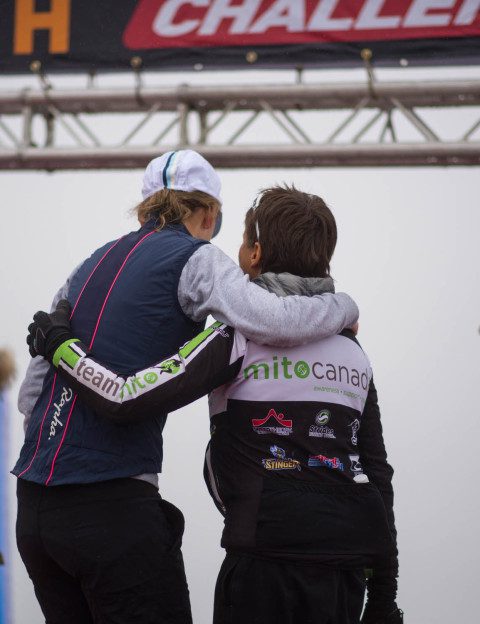 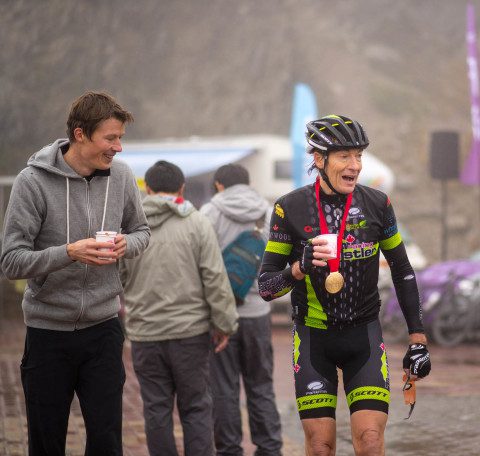 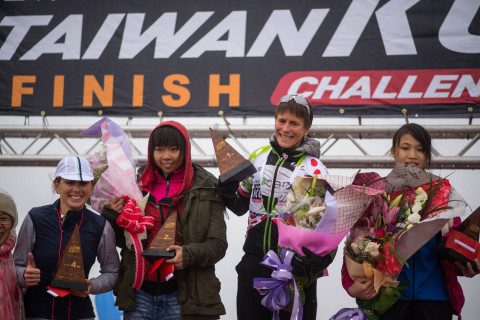 Amgen Tour of California stage winner and current king of the mountain Will Routley (Optum presented by Kelly Benefit Strategies) knew going into Saturday’s Taiwan KOM Challenge that he was “in for a world of hurt” but that did not stop the 2010 Canadian road race champion from having a crack. However, recently signed Androni Giocattoli-Venezuela rider John Ebsen, who was riding on the day for Atlas/black Inc, was not to be denied as the 26-year-old Dane celebrated his birthday with a blistering attack over the race’s steepest climb (27.3 per cent) to wrest control of the race from rival Yeung Ying Hon Ronald (Team Js Kids-WAST) and claim his second win in three years.

On a chilly morning under constant rainfall, Routley spearheaded a 21-man chase group 15 km earlier and reeled in 19-year-old XU Xuan-Ping (TWN), who led for 50 km on a solo break that began after the neutral zone ended upon entering the historic Taroko Gorge National Park. “I am not amazingly fit at the moment,” an exhausted Routley told Canadian Cycling Magazine immediately following the race. “I was riding at the front feeling OK, but then you cross that threshold at altitude and by the time we got to 5 km to go, I could barely stay on my bike and I wasn’t paper-boying not because I wanted to make it easy, I was doing it because I couldn’t steer the bike.”

Boasting more than 200 mountains above 3,000 m elevation, the 105-km non-UCI event labelled one of the world’s top-10 toughest bike races by French magazine Le Cycle, starts in the coastal town of Qixingtan and rises to Wuling at 3,275 m with gradients peaking at more than 27 per cent toward the summit top at Mount Hehuan – Taiwan’s tallest mountain accessible by road.

“Today was hell,” added Routley, who said it was questionable whether or not he would make it to the end, let alone finish in the top 15 in 3:56:58 just 16:53 behind the winner.

“I was thinking that my dad was back there and I was hoping he makes it to the end,” said Routley, whose dad Tony completed the event in 4:51:31 and finished sixth in the Masters division. “Between the two of us, I was just hoping that someone was not lying in the ditch.

“I haven’t done Paris-Roubaix, and I know they have done some crazy, horrific rides in the dirt, wind, rain and cold,” he added. “But honestly, that was gnarly, I’ve never ridden anything close to that.

“This was just a crazy day, people back at home won’t realize—unless you have experienced this—this was just insane!”

This year marked the third run of the KOM Challenge. The Taiwan Tourism deputy director Wayne Liu acknowledged his desire to seek UCI classification within the next three years, and plans on inviting UCI officials to the event next year.

Routley supports the move as long as race organizers continue to implement new doping controls for 2014 to be run by the Chinese Taipei Olympic Committee that will prohibit any riders that have previously been suspended for doping infractions. “I think they have already put together an incredible event and it’s actually a better caliber than some of the UCI events I’ve raced, so I don’t think it’s a huge stretch to make it UCI,” said Routley. “I think that would actually be really neat if they can do another year on their own and hold their anti-doping stance and keep growing the race with the Europeans and North Americans. Then they can go to the UCI to get classified, and tell them they want to hold their stance,” he said. “The UCI is interested in growing the sport globally and in Asia, and now you have a new position for that and I would like to see their response.”

Routley’s father agreed. “I’ve been to UCI races that are not as well-organized as this one so I say why not,” said the elder Routley, Tony. “The whole experience has been fantastic,” he added. “It’s very cool to be on a trip with my son and doing some racing with him, and we would like to come back and give it another go—but will have to get over this one first.”

The Alberta native, who turned 50 on October 23, smashed a women’s field that included Australian riders Joanne Hogan and Tiffany Cromwell (Specialized-lululemon), who is fresh off a fifth-place finish at the UCI road world championships in September.

“Of all the things I’ve done in my career, this race is right up there as one of the toughest in regard to mind over body,” Fedyna told Canadian Cycling Magazine. “I thought it would be more about the legs, but it was about the hands as the temperature dropped from 16 C at the start to 8 C at the summit. I would love to do this again on a dry day, but either way, it is an amazing event and I believe it is a must for everybody.”

The pint-sized endurance racer began her competitive sporting career in 1998, and has raced all over the world earning the nickname of the “Killa Canadian” for her toughness and tenacity.

“Marg is a tough cookie and she is all about extreme events,” said Hogan, who recovered from an early race crash that also involved Cromwell. “Tiff and I saw she had the race profile taped on her top tube, and we knew she meant business.”

Aaron S. Lee (@aaronshanelee) is a pro cycling columnist for Eurosport and a guest contributor to Canadian Cycling Magazine. Photos by Daniel Simms