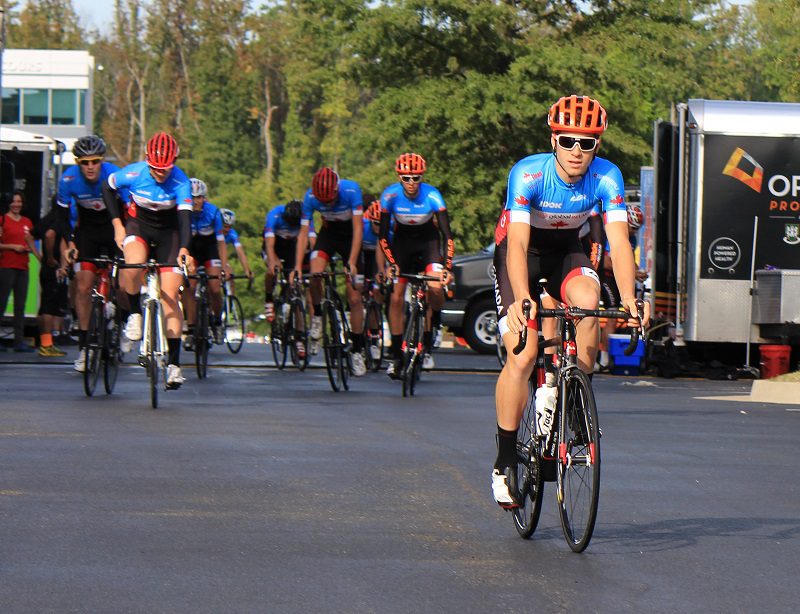 It’s a day nine young Canadians have had circled on their calendars for a while. With the time trials out of the way, the road racing gets started Friday at the UCI road world championships in Richmond, Virginia.

The junior women are the first group to go at 10 a.m. with four Canadians racing in the 64.9km race, including Gillian Ellsay, who finished eighth in the time trial earlier in the week. Ellsay, of Victoria, B.C. is joined by Emeliah Harvie, Katherine Maine and Anna Gabrielle Traxler.

The other race on the schedule today is the 162.2 km U-23 men’s event at 12:45 p.m. Canada has a strong contingent in the race led by Silber Pro Cycling teammates Alex Cataford, Nigel Ellsay and Ben Perry, who won the KOM competition at this year’s Tour of Alberta.

Perry said he’s expecting a big Canadian crowd on the course because of Richmond’s proximity to home.

“Compared to where most worlds have been, it’s almost a local race. People will be cheering for Canada because a lot of Canadians have made the trip down,” he said.

With rain predicted to start Friday afternoon in Richmond and not let up for the rest of the weekend, Perry said he’s thinks it could become a technical race. “It’s a really technical course with lots of corners and rough roads so the rain is really going to affect that, especially having to corner slowly and then having to re-accelerate all the time. It’s going to zap the legs,” he said.

On Saturday, the junior men race at 9 a.m. with four Canadians in the field, followed by the 129.8 km elite women at 1 p.m., where there are five Canadians.

“We race with the trade teams the whole year and this is kind of the only big race that we race with the Canadian flag on, so I’m really excited,” she said. “I built up some confidence racing in Europe, so I know I can do well here. We have a strong team here with a couple of cards to play out.”

On Sunday, the Road World Championships wrap up with the 261.4km elite men’s race, where six Canadians will take on a loaded field starting at 9 a.m. Michael Woods, who heads into his second World Championships race, said he’s looking forward to the pressure being off him on Sunday.

“I’m not the go-to guy. For the past year, pretty much every race I’ve done I’ve been the team leader and there’s a lot of pressure when you’re in that position. But this Sunday it’s going to be all about Guillaume and Ryan, so I’m really looking forward to returning the favour for those guys,” he said.

That said, Woods is still a strong rider who brings more experience into this year’s World Championships.

“Last year I didn’t have a great race and I think a lot of that had to do with positioning and just being intimidated by some of the biggest riders in the world. This year, that intimidation factor has dropped quite a bit. I’m used to racing at this level now, so I’m more excited as opposed to nervous,” he said.