One of the first people to hug Mitchell when she finished her race was her teammate and friend Lauriane Genest. Though Mitchell beat Genest in the quarterfinals, there were no hard feelings and Genest brought home a medal herself, a bronze in the keirin.

Adam van Koeverden, the MP for Milton On. (an Olympic gold medalist himself in sprint kayak), Tweeted his support for Mitchell. The Canadian track team trains at the Mattamy National Cycling Centre in Milton.

Mitchell’s partner Hugo Barrette was able to congratulate her in person, as he also raced for Canada on the track. The day before the women’s sprint final, Barrette’s Olympics were cut short in a dramatic crash, but the cyclist seemed in high spirits watching Mitchell bring home the gold. 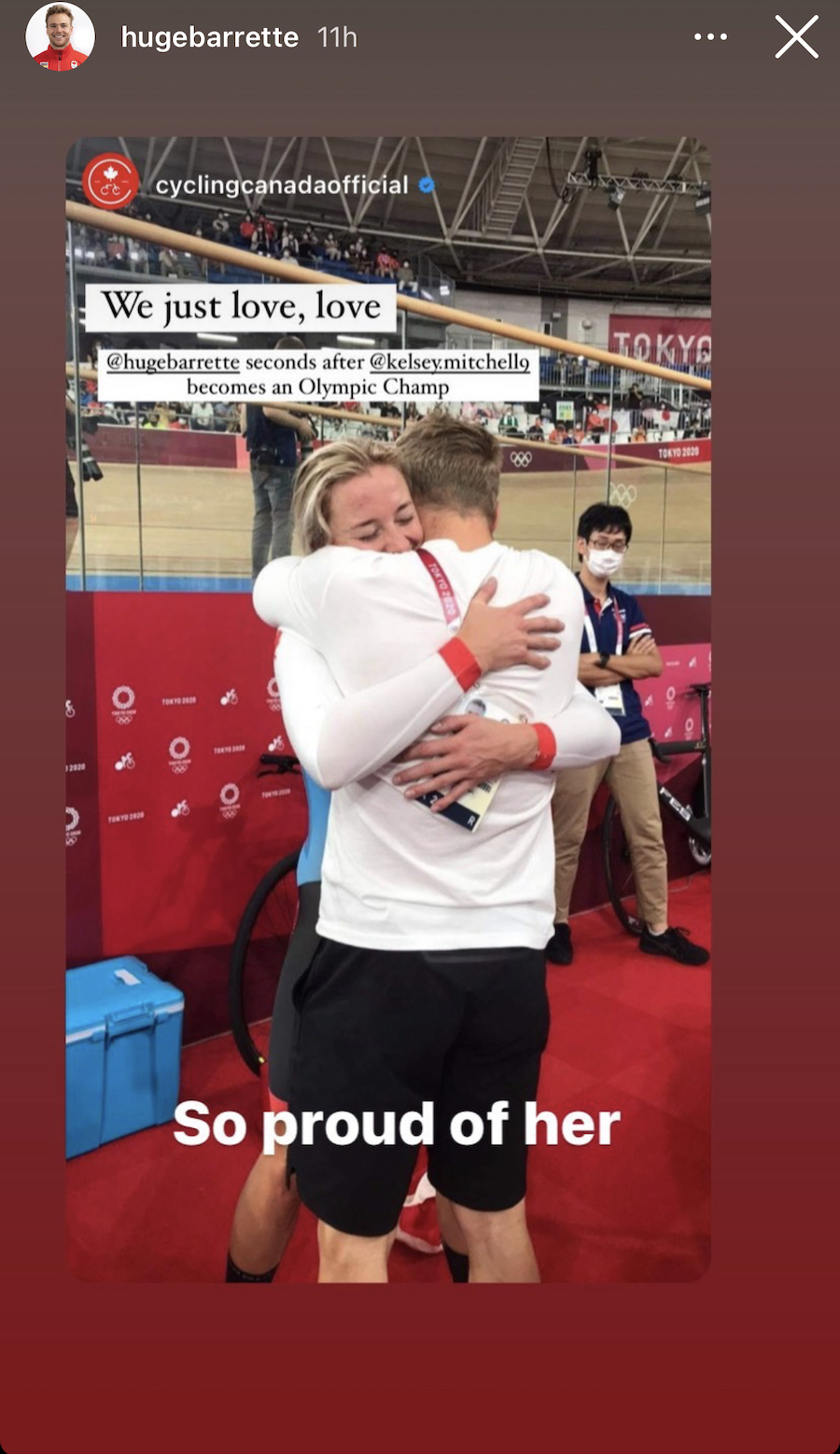 Cyclist Hugo Barrette cheering girlfriend Kelsey Mitchell onto gold in the women's sprint is something else 🥺 pic.twitter.com/T53QC0J0EP

Mitchell’s hometown of Sherwood Park, AB. is just outside of Edmonton, where many locals stayed up to watch her race.

And in Toronto, Mayor John Tory sent his congratulations to Mitchell and announced that the Toronto sign would be changed to gold in honour of her win.

Cycling Canada posted a shot of Mitchell with her gold medal.

“Someone needs to sign this girl up for a hair commercial,” joked retired Canadian cyclist Alex Stieda, referencing Olympic medallist Curt Harnett’s Pert Plus commercials from the 1990s.