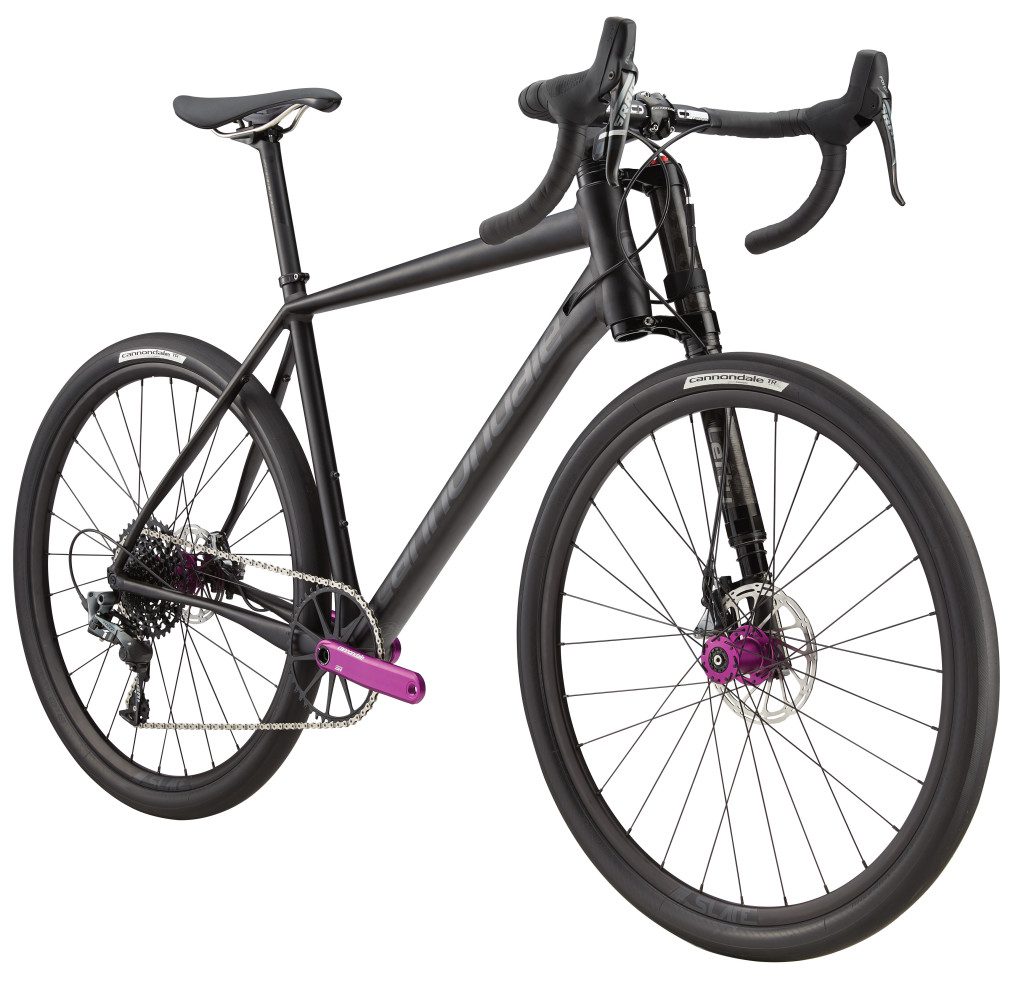 Cannondale has introduced a new gravel bike called Slate, soon to be released to the public. It’s an innovative design, with a lefty fork for more aggressive off-road riding, and enables what the brand describes as a new, more robust take on off-road road riding.

The design features 650b wheels, with broad 42c tires that seem to bridge the gap between an adventure bike and a cross-country bike. As a result, the Slate retains the speed and handling of road wheels, but grips the terrain in trail riding fashion. A changed riding position is part of the package, too, enabling an aggressive, performance-oriented style, letting cyclists take corners hard and absorb potholes as if they were nothing. To say that the new cycling platform being introduced by Cannondale opens up options for the hard-riding, adventurous road cyclist, no doubt, would be rather accurate.

“Slate seemed like a natural evolution to us,” said Cannondale’s senior product manager David Devine. “We started thinking about a bike that we would want to ride when we didn’t know exactly what type of terrain we’d be getting into for the day.”

“It was a case of bringing together all of the different things we love abut riding to create something totally new.”

That all-new design also includes short chainstays, a central part of the bike’s stability. On the Slate, these add to its overall agility and its swift road bike responsiveness, while a longer front-center axis contributes to its sturdiness and handling. In short, it’s retains the length of a road bike, with the solidity of a much larger frame. That Lefty Oliver fork, meanwhile, is built specially for Slate, and tuned to its unique needs. Freeing the Slate to hop curbs and rough, off-road terrain — something a step above the gravel riding of other adventure bikes, it seems — the fork has 30 mm of travel and a multi-surface air preload (MAAP) spring, a feature that supports the fork at the top of travel. A return from the trail to the road is made more streamlined, too, by lockout and rebound adjustment mechanisms that can be switched on or off according to need.

In all, it means that the Slate has the similar length and resulting agility of a road bike, the sturdier handling of an off-road bike, and the means to shift between both as necessary.

The Slate will be available in October 2015 in three models: the 105, with 52/36 FSA chainrings and Shimano hydraulic brakes; the Ultegra build with hydraulic disc brakes; and the top-of-the-line Slate Force CX1 with a SRAM Force CX1 derailleur driving a SRAM X1 XD 10-42 cassette, as well as a 44-tooth Cannondale chain ring.