Kelsey Mitchell took a bronze in the Keirin on Monday, her fourth medal at the Commonwealth Games in Birmingham, England. 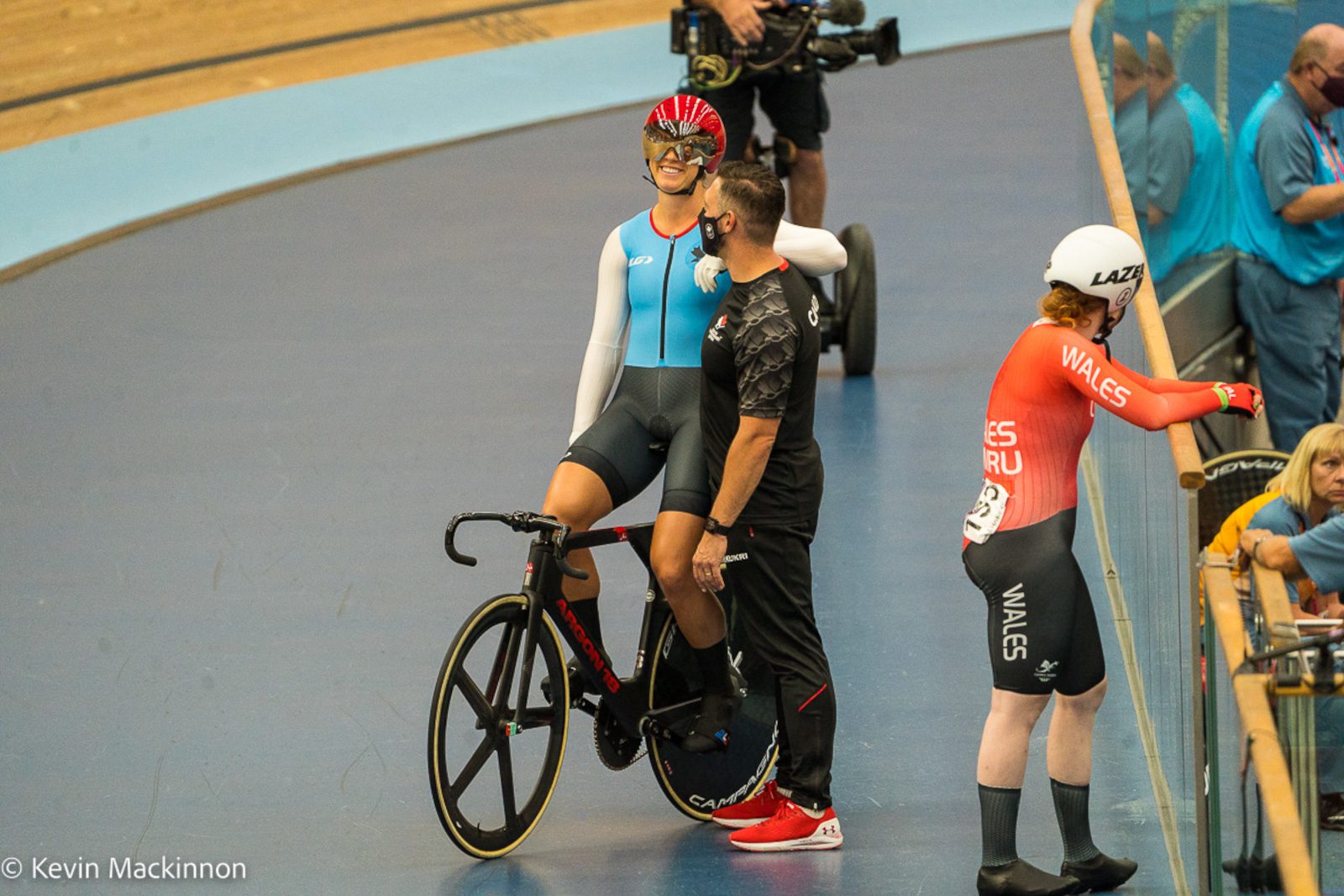 On Sunday, she clocked a personal best and won her third straight silver medal at the Commonwealth Games in the women’s 500 m time trial. That was following winning silver in both the Team Sprint and women’s Sprint. Road and crit national champion Maggie Coles-Lyster also took a bronze in the Scratch race.

After coming close to winning a medal yesterday, @M_ColesLyster finally steps on the podium today in the Scratch Race! 🔥#Birmingham2022
📸 Nick Wammes pic.twitter.com/yR7lbC9Md0

“I’m really happy with my performance, especially since I don’t usually do the 500, so to do it here and walk away with a medal, I’m really excited,” Mitchell said after the 500 m. 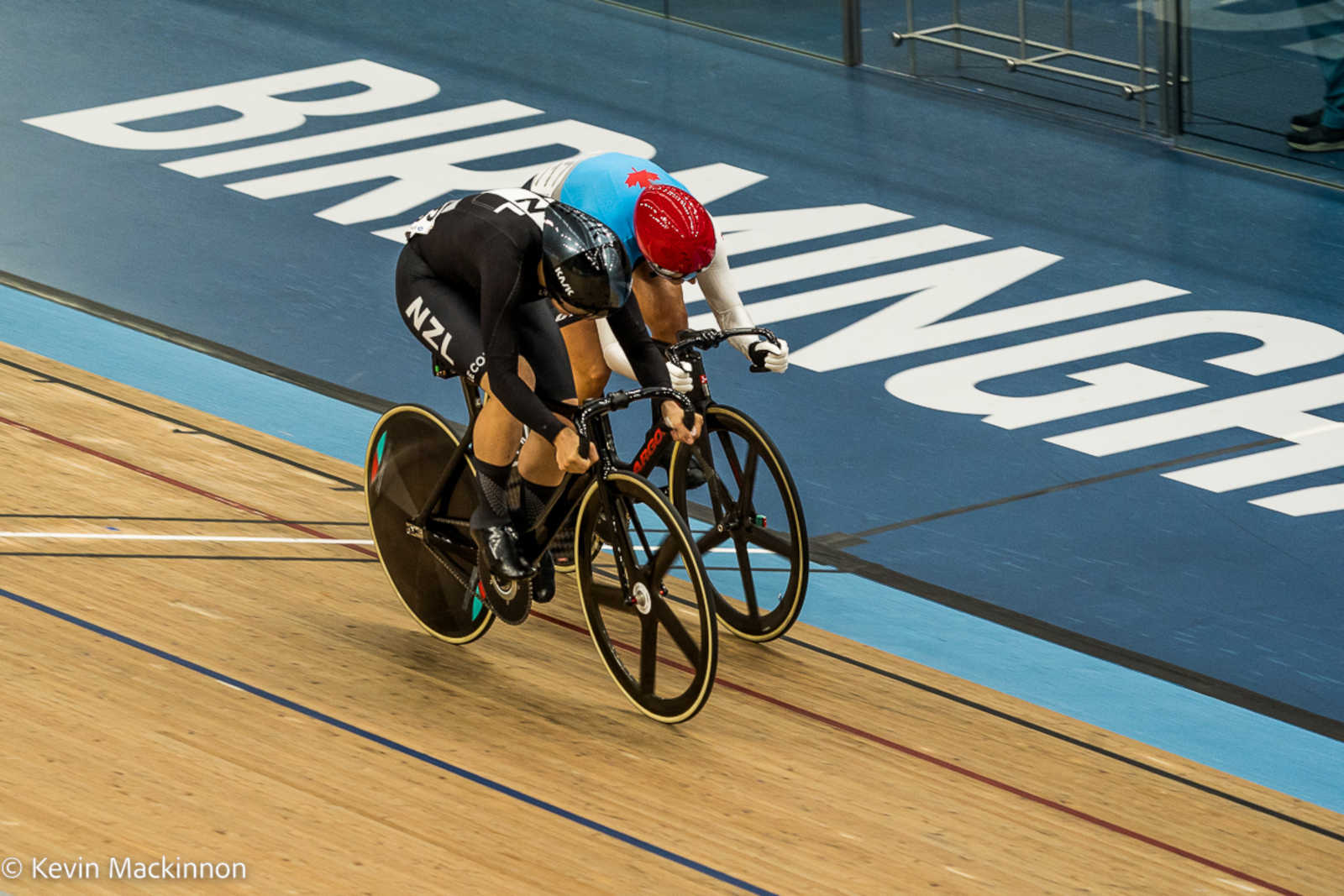 “I had a good start where I’m normally weaker in and had a personal best for my start. It felt really spinny towards the end but clocked a pretty good time. It was a bit of an emotional roller coaster since I was the first one to go and had to just sit and wait. In the end, it did end up coming down to the very last rider. You have to win and lose to your competition, and those losses just ignite that fire even more and everyone is pushing each other and it’s awesome.” 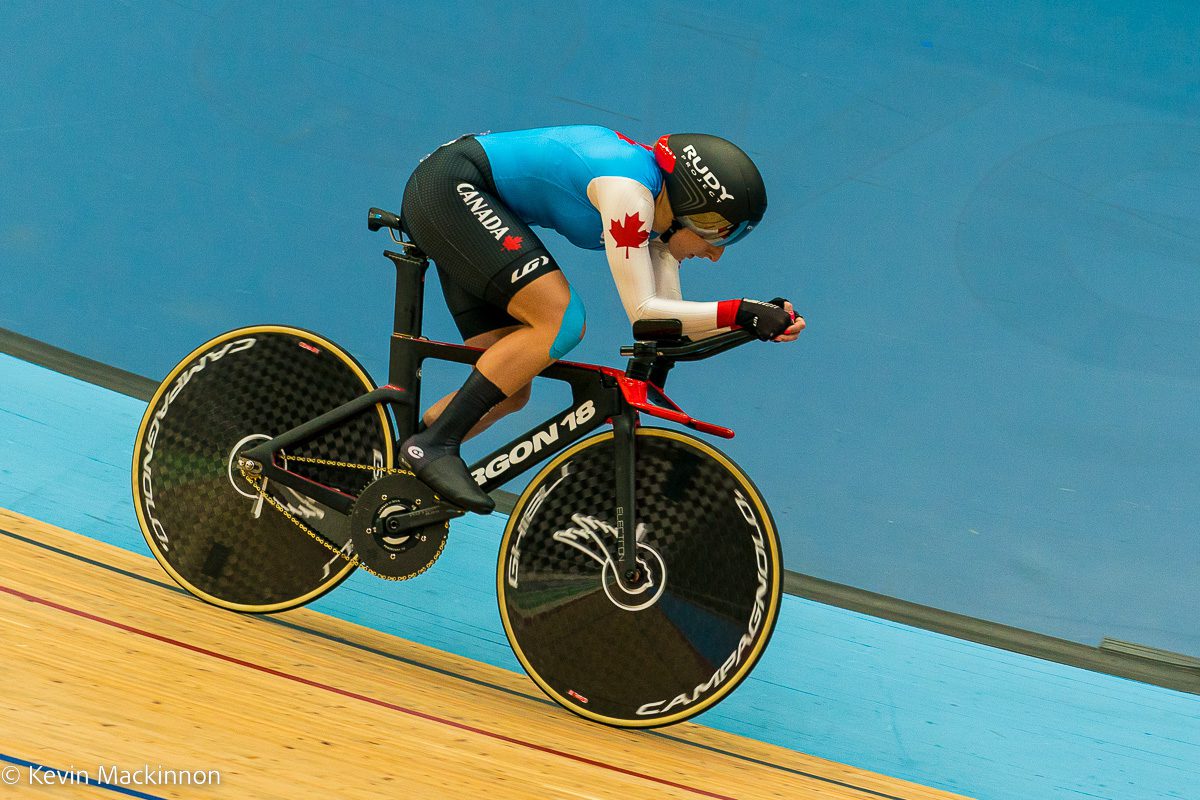 There was plenty of action on the track, including absolute carange in the men’s scratch race, which saw Derek Gee go over the barriers. Gee is recovering in hospital, and racing was halted for the rest of Sunday.