When another excellent edition Canadian cyclocross championships were held in Peterborough, Ont., one category was absent. One whole category, but only one gear.

The event included elite, masters and sportif categories, but no dedicated singlespeed race. While not usually the most serious race category, many people still think it deserves its own championship race, even if it’s an unofficial one.

“We have alot of Canadians at our races all season, especially later in the season and at the Tacoma race, so we thought it’d be nice to host something for them,” says Terry Buchanan of Low Pressure Promotions, the group putting on US CX Nationals. “Since we’re Canada adjacent, we figured that was a good reason to do it”

Along with showing appreciation for the riders that cross the border to race his events all season, Buchanan says there’s fringe benefits to enticing more Canadian cx geese to flock south. 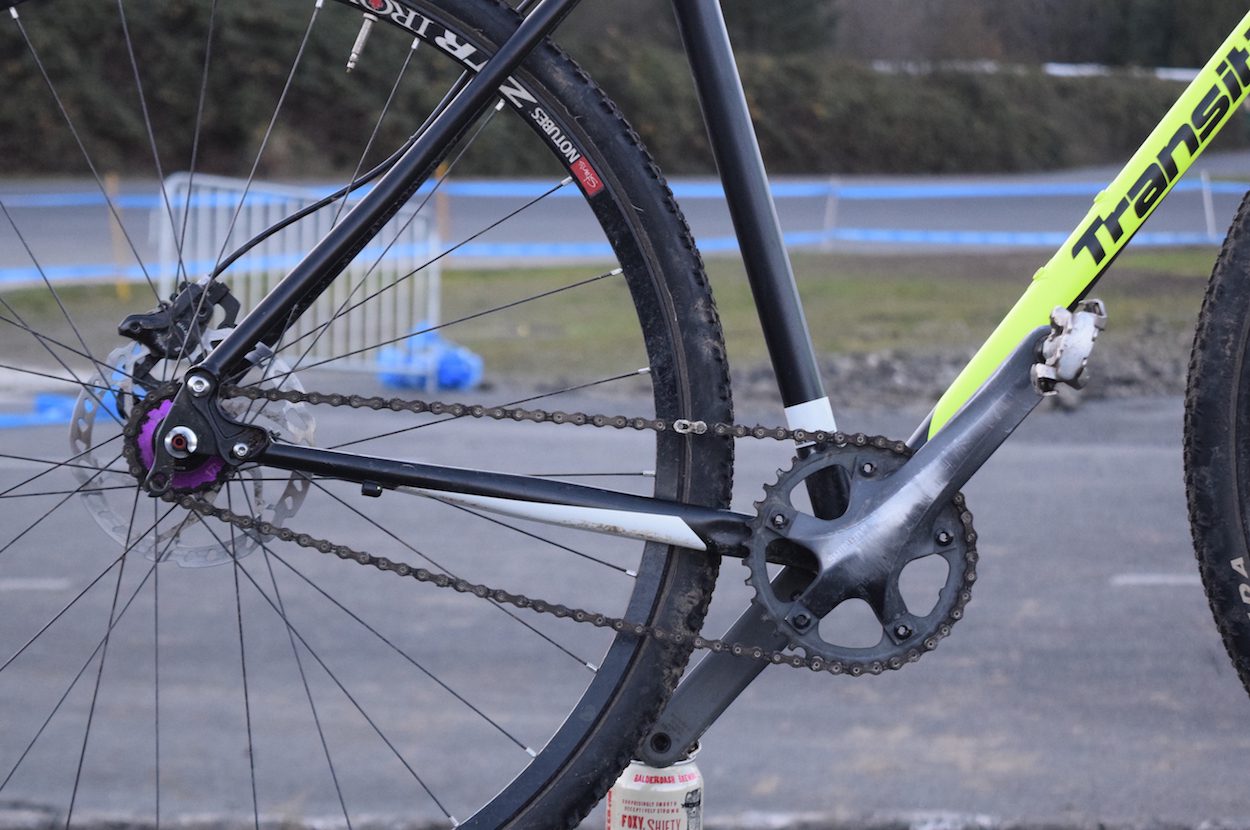 “They’re nice people, they’re always polite. So we figured it would be a good way to make the whole event more polite, by having more Canadians show up.”

Buchanan acknowledges that Tacoma might be a big ask for interested Ontario and Quebec riders. “Maybe it’ll turn out to be the unofficial B.C. championships,” he jokes, adding, “but we’re willing to call it Canadian.”

Like B.C., Tacoma is geographically distant from the rest of America, especially the ‘cross-mad North East. This also played into the decision, Buchanan admits. “From our perspective, we also want to get more numbers. Washington’s far away from the rest of the country, so it’s a good way to increase our footprint and get more people racing.”

Before any Canadians get their plaid in a twist that a maple leaf might be handed out in America, Buchanan is clear that this is an unofficial event, and for fun.

“In general, it’s in the spirit of MFG as an organization. We just come up with dumb ideas and like make them happen. Inviting the Canadians down is funny to us, so why not?”

As for why he thinks its important to have a national championships for singlespeeders, who don’t always have a reputation as the most serious racers, Buchanan says, “Singlespeed is the bastion of the lifestyle rider. The bastion of Cat 2.5. You graduate out of Cat 3, but get your butt kicked in Cat 2, so you race singlespeed. So you could call it the unofficial Canadian Cat 2.3 champs, too I guess.”

If you’re thinking of heading south to take a swing at being the sscx champion of the Great White North, Buchanan has just one request. “Register early, so we can get official unofficial jerseys made!”

Ontario has a single speed category at Provincials. B.C.’s hosted a single speed category for several years. Canada’s even hosted Single speed cyclocross world championships on one occasion. (2015, for those of you that were there, and maybe don’t remember). The country boasts multiple, multi-time SSCXWC winners, too. Mostly on the west coast, for sure. But definitely Canadian. Would you travel to America to race your singlespeed?