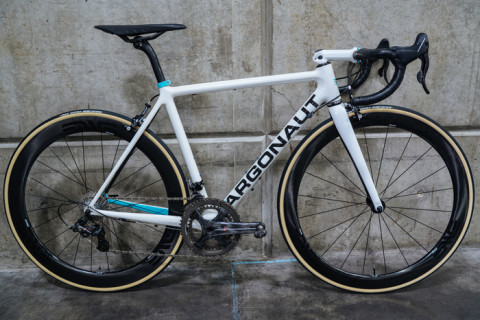 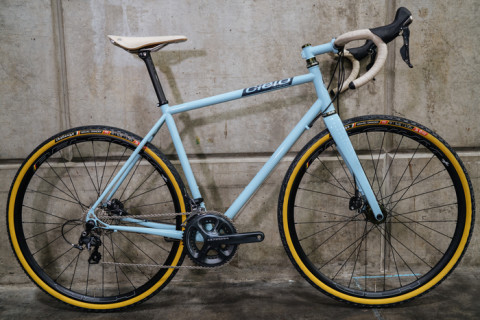 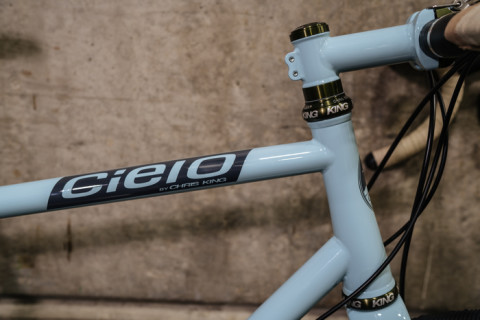 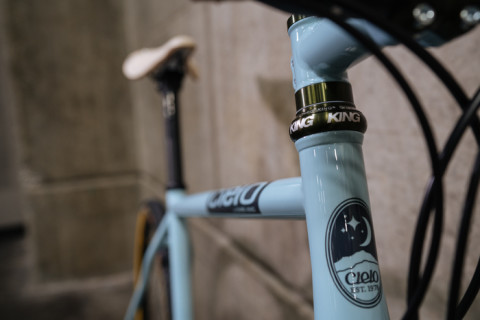 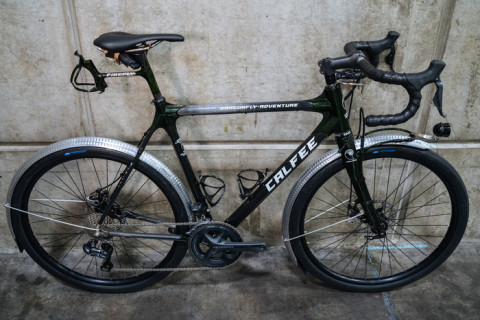 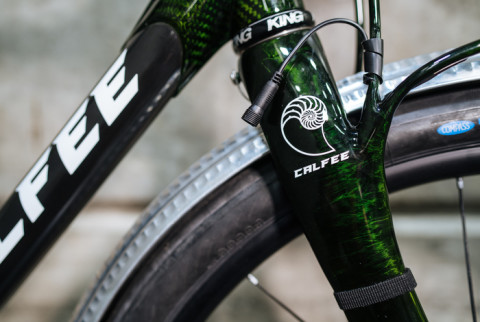 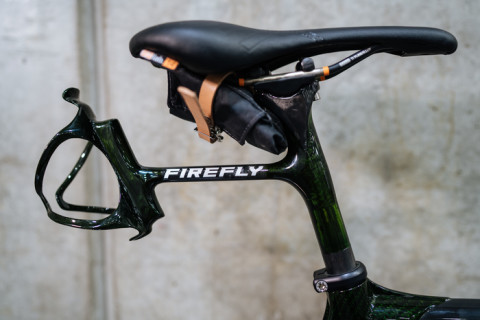 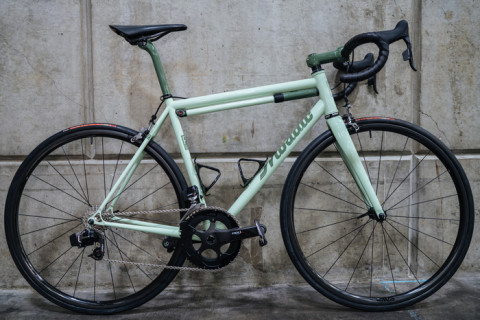 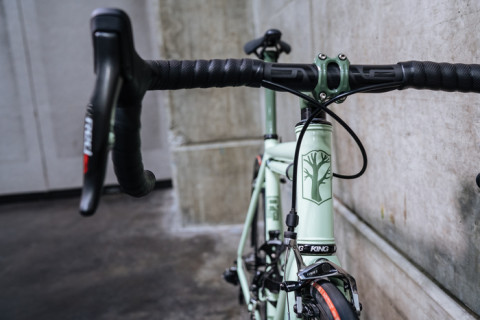 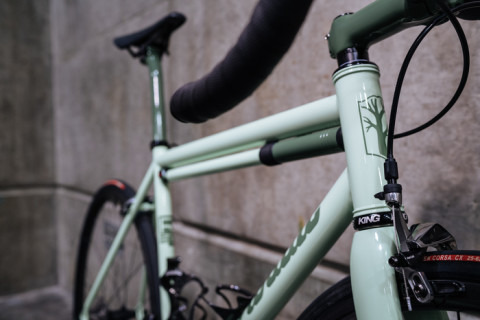 To start the gallery of photos by Kevin Scott Batchelor, click an image and use your keyboard’s arrow keys to navigate. For image information within the gallery, click the ‘i’ icon.

The North American Handmade Bicycle Show (NAHBS) features some of the cycling industry’s most respected custom bike builders and craftsmen. Standing in contrast to larger American shows, such as Interbike, and Sea Otter, NAHBS illuminates a side of the industry that tends to focus on craftsmanship, technology, functionality, and beauty above all else.

This year’s show is taking place Feb. 26 through Sunday, Feb. 28 in Sacramento, which has seen a number of respected west-coast builders return to the floor, such as Portland’s trifecta of Argonaut, Breadwinner and Cielo, California’s duo of Calfee and Holland Bicycles, and Colorado’s dream pair of Alchemy Bicycles and Mosaic Cycles. Despite the California location, some of Toronto’s own have made the trek our west for the show and we’ll be sure to highlight their work as well, from No. 22 to Patrick Cycles.

Ben Farver started Argonaut in Portland, Oregon with the goal of creating carbon bicycles that offered incredibly low weight, and high stiffness, while maintaining the legendary ride quality of steel, the material he grew up on. To do so, he sought out one of the most advanced carbon composite producers in the world, and truly produces the carbon itself for the individual rider for whom the final bike is intended. This is the latest iteration of the Argonaut Spacebike, pictured, featuring customizable geometry and paint, choice of caliper or disc braking, internal cable routing for mechanical or electric, and the new T47 bottom bracket standard that Argonaut helped create with Chris King. Custom framesets start at $6,500 USD for this former NAHBS best-in-show winner but that’s the price of perfection.

Craig Calfee is one of the true pioneers in the custom handbuilt bicycle world, and his own bikes proudly include a small decal noting Calfee’s pedigree as a builder of Tour de France winning framesets. Calfee’s Dragonfly was arguably the first carbon frame to dip under the 1000 gram barrier, and this is Craig’s latest update to that legacy, albeit with a less race-inclined focus. Pictured here is the ready-for-adventure Dragonfly Adventure 650B, pictured, with a more relaxed geometry designed to handle 650B wheels with oversized (up to 42mm!) tires for incredible comfort and grip, while still equating to the same approximate rolling diameter as 700c wheels with normal tires. With integrated front carbon rack and seat-post-bonded carbon water-bottle cage, this is one complex bike, designed for performance through comfort.

Cielo grew out of the success of Chris King as an acclaimed component manufacturer of headsets, bottom brackets, hubsets and more, all known for legendary levels of quality. Cielo carries the torch of this great American brand by offering a variety of hand-built steel bicycles manufactured entirely in-house in Portland. With caliper and disc options, the Cielo Road Racer was the mainstay of the lineup, and 2016 sees the release of the Base Racer, pictured, a true all-roads gravel grinder with a lower BB, longer chain stays, and taller stack height, creating a more stable geometry, with much bigger tire clearance compared to its racier brother. This beauty was built with Chris King 40th Anniversary olive components, so you can look classy while thrashing those dirt roads and muddy farmer’s fields with glee. Paris to Ancaster, anyone? 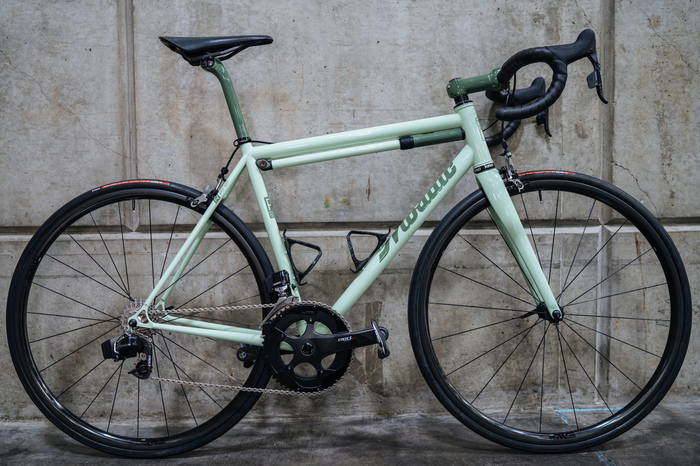 A small outfit in Boulder, Colorado led by welder Aaron Barcheck, Mosaic Cycles are another former NAHBS best-in-show winner who specialize in titanium and steel, while routinely featuring some of the best welds in the industry. This RS-1 is Mosaic’s top-level steel frameset, built with True Temper S3 lightweight tubing, matched to an ENVE tapered fork, choice of ENG, PF30, orT47 BB standard, and painted by Colorado’s Spectrum Powderworks in any design you can dream up. Also, look closely and you’ll notice a distinct lack of cables, indicative of the use of SRAM’s eTap wireless electronic groupset, prevalent on many bikes throughout this year’s show.

Check back tomorrow for additional coverage of Day 2: The Legal Aliens: Canadians, Italians and other foreigners at NAHBS 2016.

Michael Yakubowicz is the founder of Toronto’s Blacksmith Cycle bike shop, as well as CEO of Stage-Race Distribution. He is in Sacramento for NAHBS to meet with Blacksmith’s custom bicycle fabricators and to check out other cool stuff at the show.