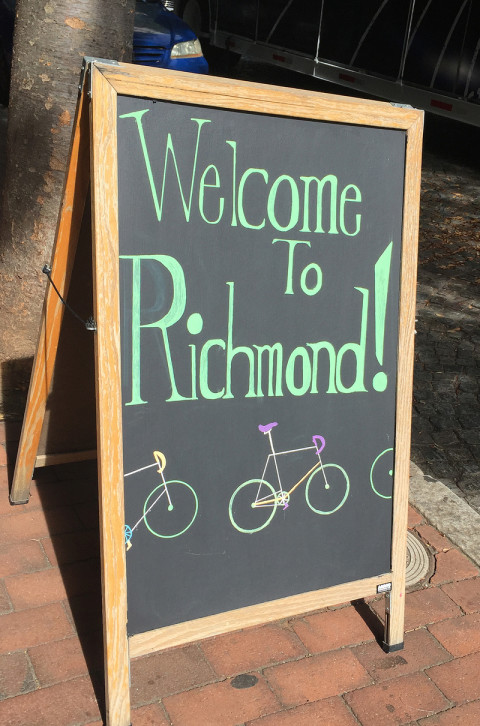 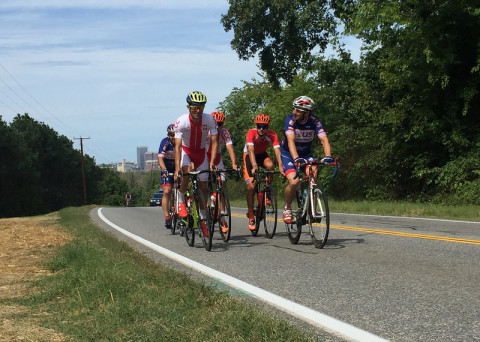 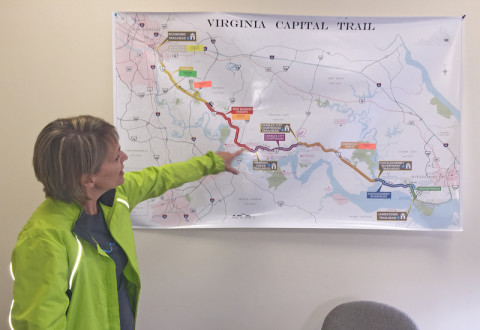 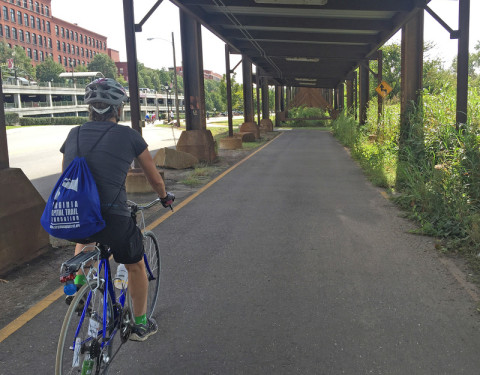 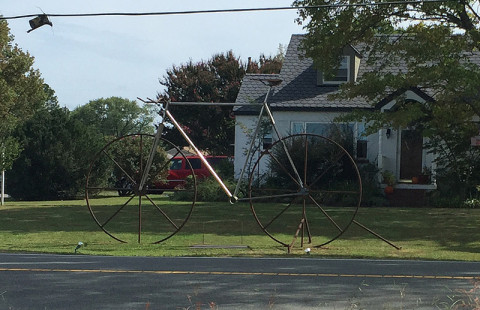 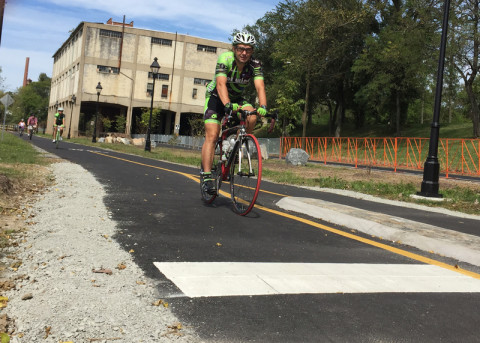 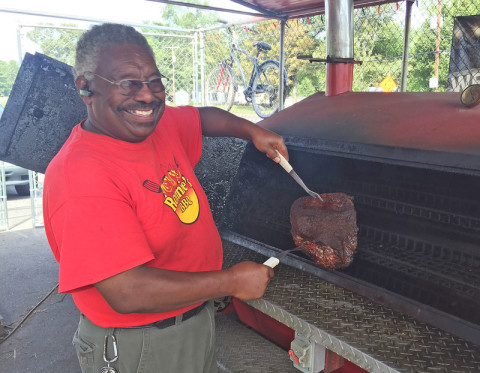 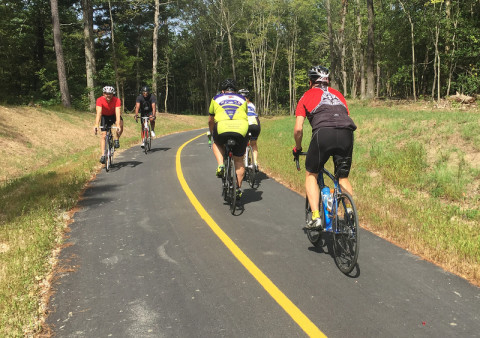 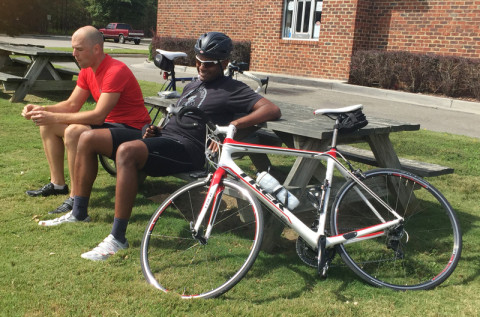 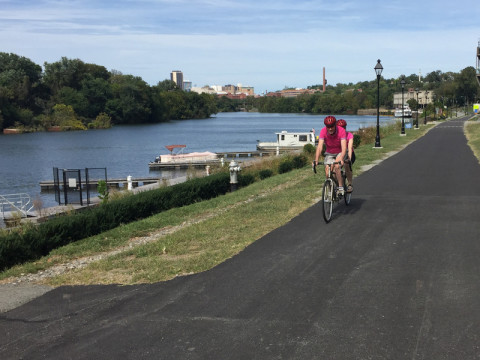 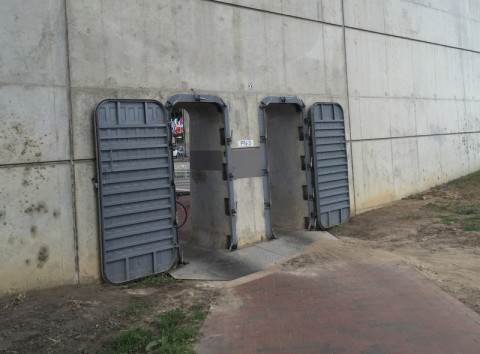 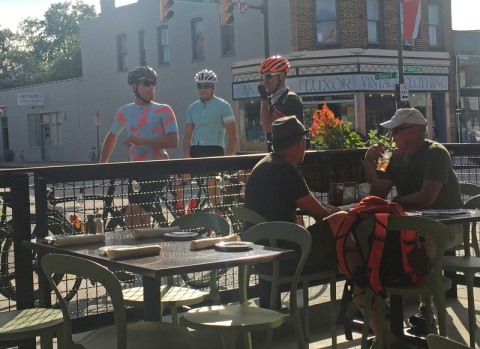 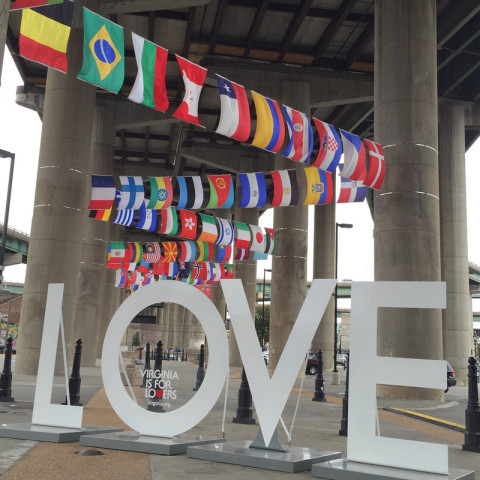 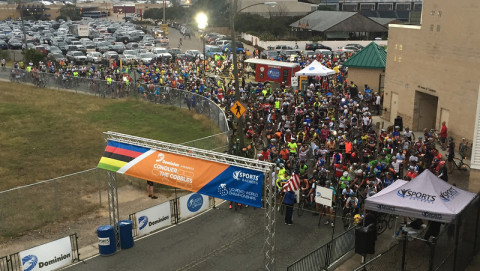 To start the gallery of images by Dan Dakin, click an image and use your keyboard’s arrow keys to navigate. For image information within the gallery, click the ‘i’ icon.

For one week in the fall of 2015, the eyes of the cycling world looked Richmond, Virginia squarely in the face. If the hundreds of thousands of fans, the exciting racing and the dynamic atmosphere were any indication, the world liked what it saw.

As it turns out, however, Richmond, Virginia always was a cycling city. Now the world just happens to know about it.

Instead, all the proof needed can be found at the junction between New Market Rd. and Interstate 295 on the outskirts of town.

That’s the point where the stunning, recently opened Virginia Capital Trail should have intersected with I-295, had it not been for the foresight and willingness to spend money to do things properly of city, state and federal planners.

Instead of cyclists having to contend with dangerous, fast-moving traffic getting on and off the interstate, the people involved in planning the $75 million VCT knew it would be better to divert the trail about one kilometre north, allowing cyclists to cross the highway in peace using an underpass.

One of biggest players behind the push to get the VCT done by the time the world arrived in Richmond last fall is Beth Weisbrod, Executive Director of the Virginia Capital Foundation.

While a map of the incredible 83km paved route adorns the wall, sitting in a corner of her downtown Richmond office is a shovel – one of the ones used during a groundbreaking ceremony for the VCT held a decade earlier.

“It took 10 years and $75 million to build it,” says Weisbrod. “It’s pretty amazing. There are three counties and the city of Richmond, so a project that spans that many localities and municipalities is complex.”

While some of the money for the project came from private and corporate donors, as well as the municipalities themselves, the bulk of the funds came from the federal government.

“Occasionally we would get push back from people saying ‘how can you spend this much money on a trail when our roads are in dire need of fixing’,” Weisbrod said. But the argument was always the same: Congress earmarked the funds for cycling trails, so it was either spend the money in Virginia, or let it go somewhere else.

But it didn’t go elsewhere. Instead, it was spent on creating a butter-smooth ribbon of a bike trail that starts in downtown Richmond and was visible to a world-wide audience during the World Championships broadcasts. Spectators could be seen riding alongside the peloton on a section of the VCT that runs parallel to a flat, fast part of the course.

Television audience aside, that live audience resulted in a huge financial boost for the city.

An independent financial study from the 10-day event showed more than US $160 million in economic impact for the Richmond region. It’s estimated that 645,000 spectators from 34 states and 29 countries attended at least one day of racing, spending more than US $138 million. Another US $23 million was spent organizing the event.

Among those hundreds of thousands of spectators was Lee Fraser.

Originally from Sudbury and now living in Philadelphia, Fraser made the trip to Richmond with his 10-year-old son Alex.

“I missed the World Championships in 2003 because of family obligations, but I said ‘next time they’re in North America, I’m not going to miss it’,” Fraser said. “My son just started racing, so I thought this would be a good way to fuel the fire.”

Like most, he found Richmond to be a perfect host for the championships.

“It seemed awesome. It was so easy to get access. You’re not going to get that at a World Championships anywhere else. People were friendly and the course was awesome,” he said.

Stories like that are what make the politicians believe the 2015 World Championships were a great success.

“It is always a welcomed outcome when we not only meet our goals, but also exceed them,” Richmond Mayor Dwight C. Jones said. “The nine days of racing gave us an opportunity to showcase all that is extraordinary about Richmond, and we know that the by-product of all of our collective efforts generated millions of dollars of benefit to the City of Richmond and the region as a whole. And the ancillary benefits will continue for many years to come.”

The World Championships certainly weren’t the first big-time exposure for Richmond. It hosts a massive adventure sports festival every year, and it’s known for its arts, food and craft beer scene. With some fantastic trails extremely close to downtown, there has been a solid mountain biking community in the city for years, but road biking didn’t seem to garner the same respect.

“From a tourism perspective, it’s just not something that was really on my radar,” says Erin Bagnell, Public Relations Manager for Richmond Region Tourism. “And then we won (the Worlds) bid and it has been cycling, cycling, cycling.

“I think it probably existed in the past and is growing, but for us tourism nerds, it’s brand new.”

She said landing the World Championships led to the city hiring a staff member dedicated to cycling issues, the launch of the Bike/Walk RVA advocacy group and many new bike lanes.

“The mayor has had a to-do list a mile long that has to do with cycling infrastructure,” Bagnell says. “Winning the bid was a catalyst.”

Cycling certainly did exist in Richmond long before the road worlds, as Bagnell says, but actually the city’s love affair with the bicycle goes back much further than that.

Tom Houff, who literally co-wrote the book on Richmond’s cycling history, said it was the bicycle that helped rebuild the city after the American Civil War in the 1860s.

“Nobody in Richmond really understood the importance of cycling here,” says Houff, who wrote On Richmond’s Wheel, a Celebration of Cycling along with co-author Aynsley Miller Fisher.

Because Richmond was the Capitol of Confederacy, it was largely destroyed during the Civil War. But after the war ended, local politicians realized that they could attract more people to the city if they focused on rebuilding the roads, therefore allowing people to move around the city by bicycle.

“A lot of local visionaries understood the importance of cycling. Cycling rebuilt this city,” Houff says.

That bike-friendly mentality may have dissipated during the rise of the automobile, but it never entirely went away.

“There’s a mindset that if you live in Richmond, you can just ride your bike to get to work and you’ll get there fast,” says Houff.

While Richmonders know how bike friendly their city is, few outside the region or state had any idea.

“The goal was to see Richmond emerge from these worlds as one of the most bike-friendly towns in America,” says Miller Fisher.

Back in her office on the second floor of a small office building in downtown Richmond, Weisbrod looks over the map of the VCT and knows the 2015 Richmond World Championships were more than just a catalyst to get her bike path completed. The event will leave a lasting legacy on the city.

“We’re not going to fully realize what this event has done for this project for a while,” she says. “Now that the worlds were here and the media was sniffing around a little bit and seeing what we have, I think this will get a lot of international exposure. It’s more than what we could do as a small non-profit.”