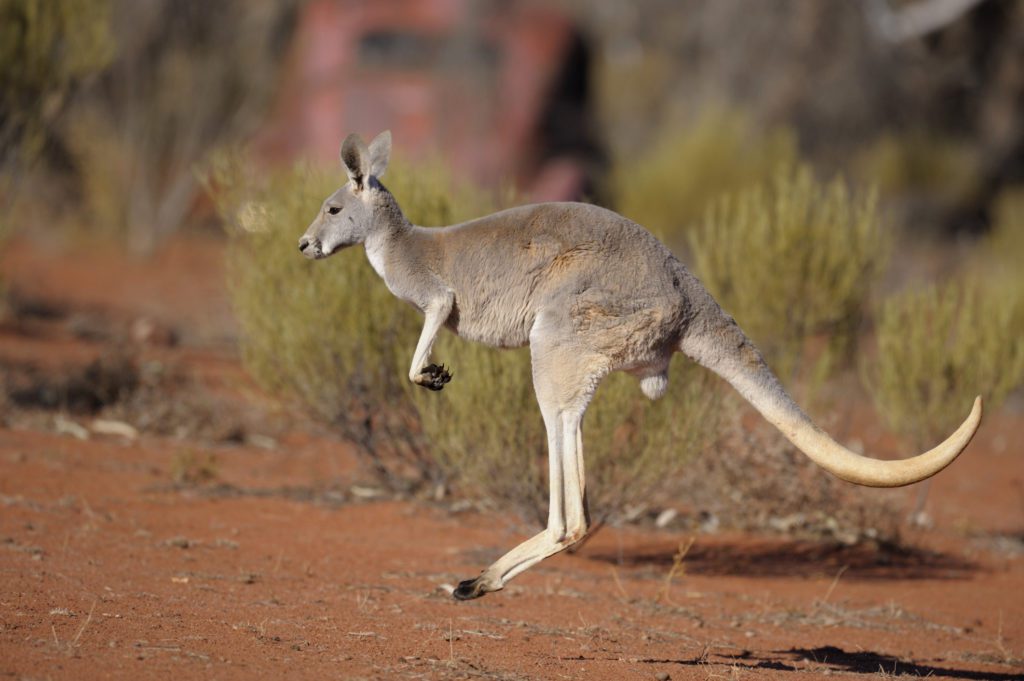 Sharon Heinrich, 45, and her friend Helen Salter, 47, were riding side-by-side on a trail in the Clare Valley wine region of South Australia in late May when they spotted a large kangaroo on a slight rise.

As the pair approached, the kangaroo unexpectedly bounded across the trail with its long hind legs landing on Heinrich’s left torso and then on Salter’s back. The pair of cyclists where knocked down my the force of the impact with the kangaroo bounding off unharmed. The fall left Salter with a concussion and whiplash while Heinrich suffered three broken ribs and her breast implants ruptured.

“They worked as air bags and have been ruptured by the ordeal,” Heinrich told the Associate Press after the incident.

Slater was able to cycle on Heinrich’s bike to a nearby business to call for an ambulance. The pair work in a nursing home in the region and are accustomed to seeing kangaroos on their rides.

Recalling the event Heinrich said, “I’ve gone to ride past, I thought: ‘He’s cute,’ and he’s just jumped me and taken out the side of me. As I’m falling, I felt him push off me and then he’s flown to Helen and taken her out. He looked peaceful. He didn’t look angry.”

Heinrich’s was due for surgery to replace the ruptured implants and as a memento, her husband gave her a toy boxing kangaroo. Despite the injuries, Heinrich remains in good spirits saying, “It’s all you can do now: Laugh about it and heal.”