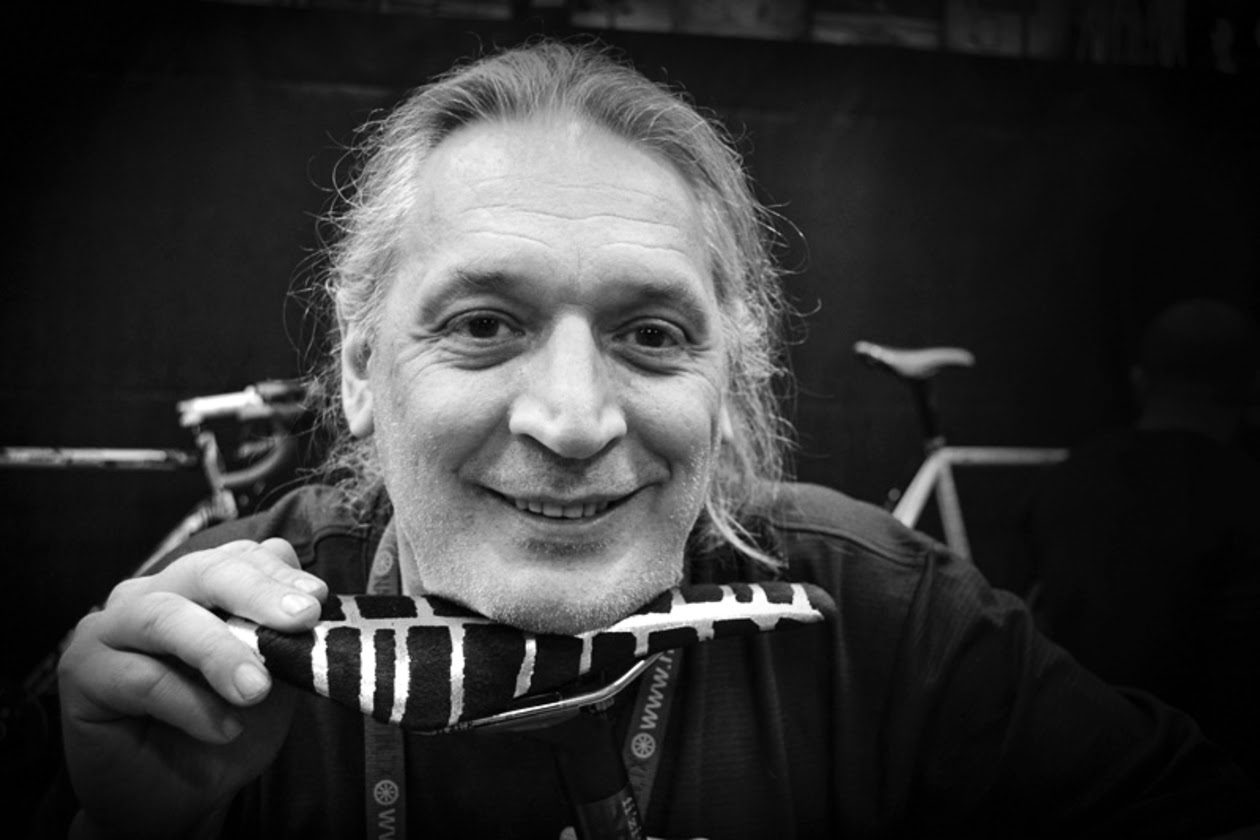 According to Italian road cycling website Cyclinside, the Italian frame builder Dario Pegoretti has passed away.

Gita Bikes, the U.S. distributor for the Italian frame builder, has confirmed Pegoretti suffered from heart problems on 23 August which led to his unexpected passing. He was 62 at the time of his death.

Over his long and storied career, Pegoretti designed and build frames ridden by cycling’s greats. Miguel Indurain, Stephen Roche, Marco Pantani and Mario Cipollini are among the riders who chose to race Pegoretti’s, which were then painted to match their team sponsors.

When the professional peloton shifted to carbon-fibre frames, Pegoretti continued working his artistry with the traditional materials. His custom steel and aluminum frames were sought after by riders and collectors around the world.

The Italian framebuilder gained a reputation for the creative custom graphics, including one hand-painted design inspired by the work of Jean-Michel Basquait.

In Gita’s statement, the company states, “Dario was one-of-a-kind. Professionally considered one of the finest frame-builders of our time, and personally a truly amazing spirit. His talent, friendship, and humor were boundless and will be deeply missed.”

“Dario was my best friend. He was family to all of us at Gita and a brother to me,” adds Giorgio Andretta, founder and CEO of Gita. “I am shocked and saddened by his passing. Please keep his family in your prayers.”

At the 2008 North American Handmade Bicycle Show, Pegoretti was named “Framebuilder of the Year” for his work.