The first day of the 2022 Canadian Road Championships kicked off in Edmonton on Thursday with a full slate of time trials. With 2021 champion Hugo Houle is Europe getting ready for his fourth consecutive Tour de France, Derek Gee took his first Canadian chrono crown. Gee had impressed in February’s Gran Camiño concluding time trial, earning fifth place. Overnight Alison Jackson fell prey to illness and couldn’t defend her elite women’s title, which was snaffled up by Paula Findley.

The early morning races belonged to the para cycling athletes. In the Men’s C1-5 category, Alexandre Hayward (C2) of Team New Brunswick was the fastest at 25:37 over 19.29 km, with last year’s champ Piotr Czyzowicz (C4) runner up at 29:24. 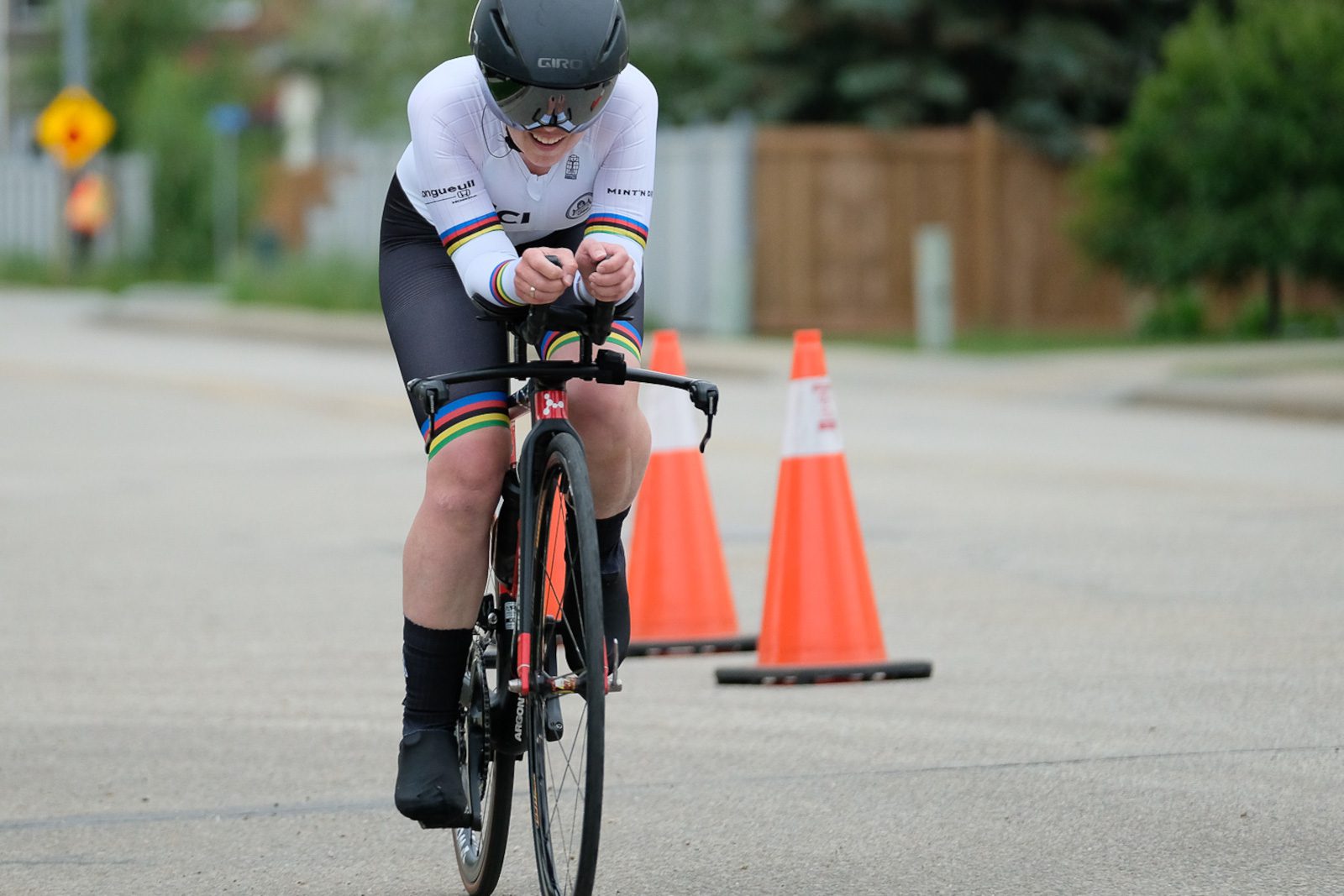 Only two fellows were in the MT1-2 chrono, where Louis Albert Corriveau Jolin of Equipe du Québec beat out Nathan Clement by 27 seconds.

In the B category, in which the athletes raced 32 km, Albertan Lowell Taylor was best male at 38:52 and teammate Clara Shibley was top female with 47:08. 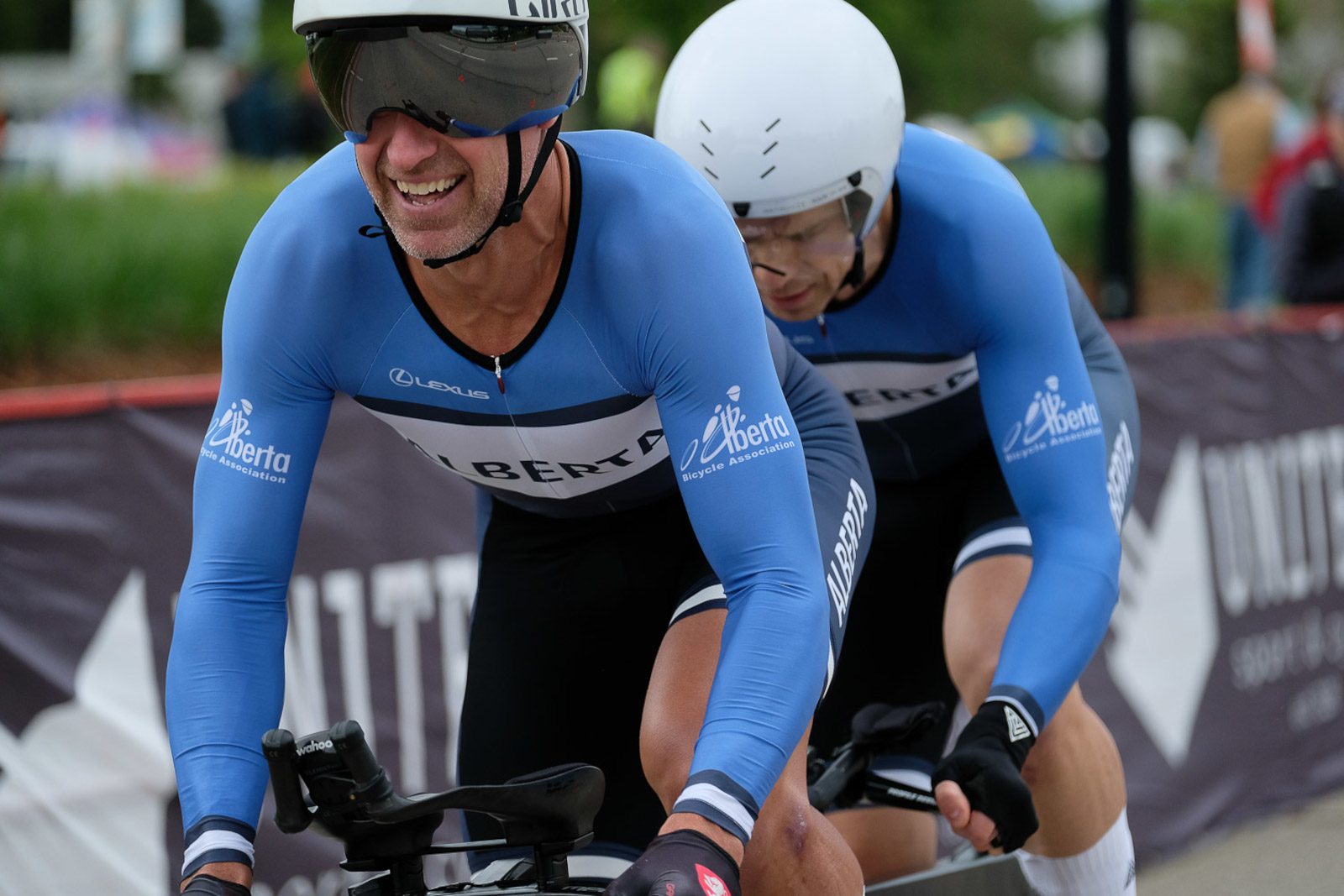 Jenna Nestman was an early leader with 45:44, while Laury Milette had the fastest time for the u-23 women with 48:17. Paula Findlay then overtook Nestman by 1:04. Milette shuffled down the deck, and track ace Ngaire Barraclough took over best U23 time with 45:24 and would hold off Sarah van Dam.

Although Findley wasn’t a familiar name to some cyclists, she is a well-known triathlete. The runner-up for the second consecutive year was Marie-Soleil Blaise and in third place was Leah Kirchmann.

Storm clouds rolling in and rain is falling here in Beaumont, Alberta! pic.twitter.com/xqMFMU78on

Elite rider Warren Muir set the early tone, stopping the clock at 1:00:52. Thomas Nadeau represented the U23s with 1:01:41 until Francis Juneau posted 1:00:36. Tristan Jussaume would prove the fastest of the U23s, finishing his 48 km just under an hour.

The terrible weather prompted many DNFs, including Ben Perry. Matteo Dal-Cin withstood the storm and usurped Muir’s top spot with 59:10. But Derek Gee would not be denied his Canadian national time trial jersey, finishing 32 seconds faster than Dal-Cin.

Gee is moving up to Israel-Premier Tech from Israel Cycling Academy next season.

The racing continues on Saturday with Para and Junior men’s and women’s road races.