It’s been a long time coming, but bike lanes on Bloor Street, in the heart of downtown Toronto, are a major hurdle closer to becoming a reality. As Canadian Cycling Magazine previously reported, a pilot project will lay down bike lanes between Shaw Street and Avenue Road on Bloor Street West, if given the final go-ahead by city council.

At a public meeting on Wednesday, March 9, local riders, cycling advocates and city residents finally got a glimpse of what that long-awaited infrastructure will look like [PDF].

The city’s model for the pilot project includes a dedicated lane similar to the one already installed on Richmond Street, protected from traffic by flexible posts. Making space for the lane, of course, means that changes to the existing layout of Bloor Street will also be in the mix. According to officials, roughly 135 out of 280 existing on-street parking spaces will likely be removed. While the lanes received a mixed public response from non-cyclists as a result, the overall benefit of bike lanes, supporters say, mean the pros are well worth the cons. 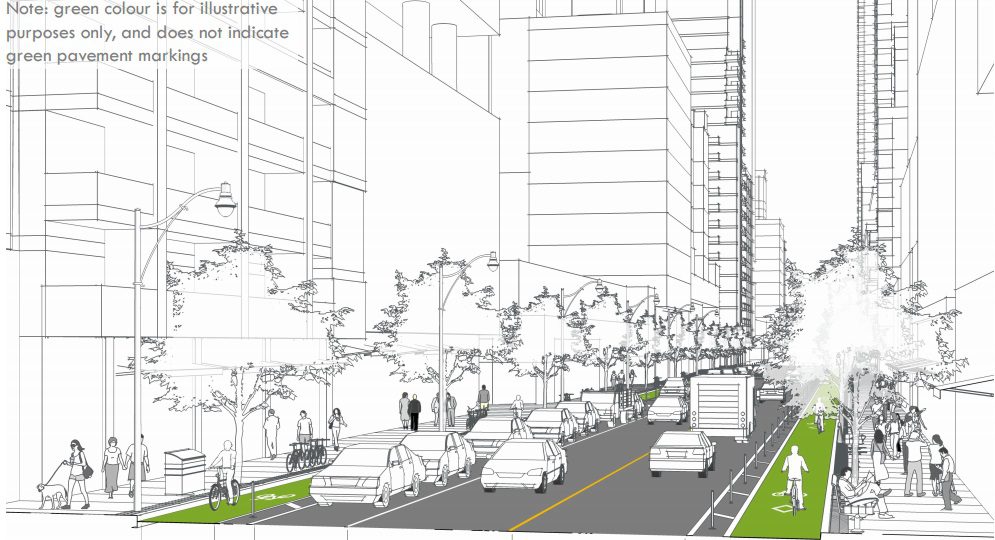 “Bloor and Danforth have been long sought after by the cycling community,” said Jared Kolb, executive director of Toronto bike advocacy group Cycle Toronto, “because they form a direct, non-circuitous route without streetcar tracks making it ideal for high quality cycling infrastructure.” And while motorists may find problems with the new infrastructure, local residents, Kolb said, are singing a different tune.