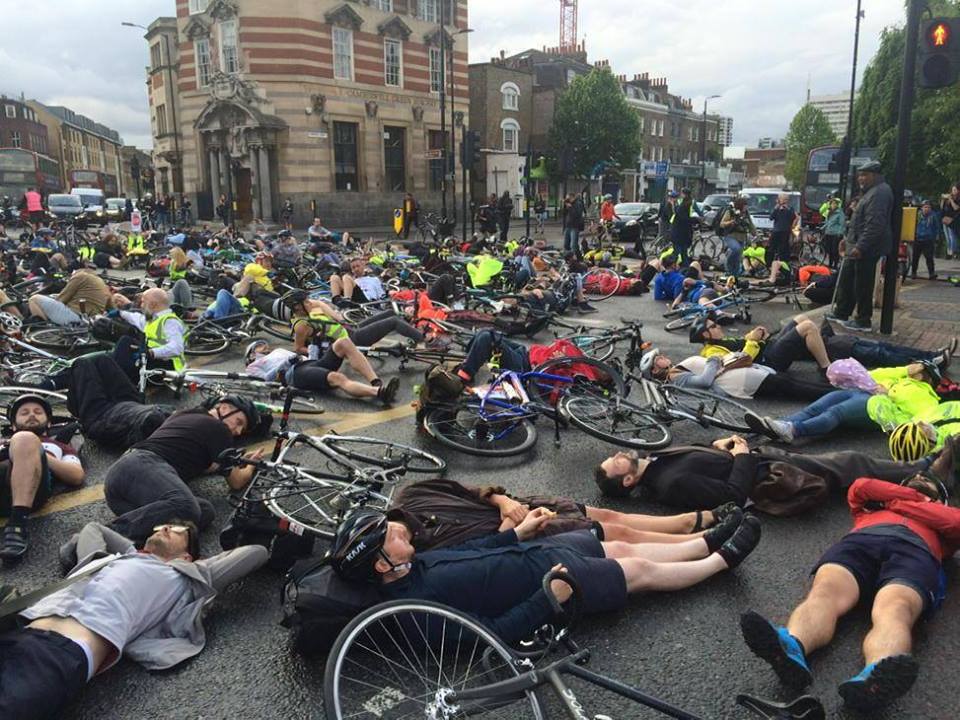 Toronto advocacy group Friends and Families for Safe Streets have organized a die-in at Toronto City Hall on Monday, March 26 at 6 p.m.. The event has been organized to protest cycling and pedestrian deaths and injuries in the city. A die-in is a form of protest where people lie on the ground pretending to be dead.

The die-in has been organized to remember the 16 people who have been killed by drivers so far in 2018 and push for better road protection for pedestrians, cyclist and other vulnerable road users. With an upcoming vote on the future of Yonge Street in North York, it is also an opportune time to push city council to take measures that will lead to safer street designs.

The event is meant to demonstrate the outrage towards traffic deaths in Toronto calling on the government to take immediate action to make the streets safer. Two years after city council unanimously approved Toronto’s Vision Zero Road Safety Plan which was intended to eliminate traffic-related fatalities, the numbers show a different story with traffic-related deaths staying steady.

The die-in event starts with a congregation at the Peace Garden at 5:45 p.m.. Participants will then go to Nathan Phillips Square for the die-in in solidarity with the victims of traffic violence at 6 p.m.. A social event will follow at The Duke of Richmond.

There will also be a ghost bike ride for an unknown cyclist which will leave Nathan Phillips Square at around 6:15 p.m. and travel 22 km to Don Mills before the return. Riders are reminded to bring lights.