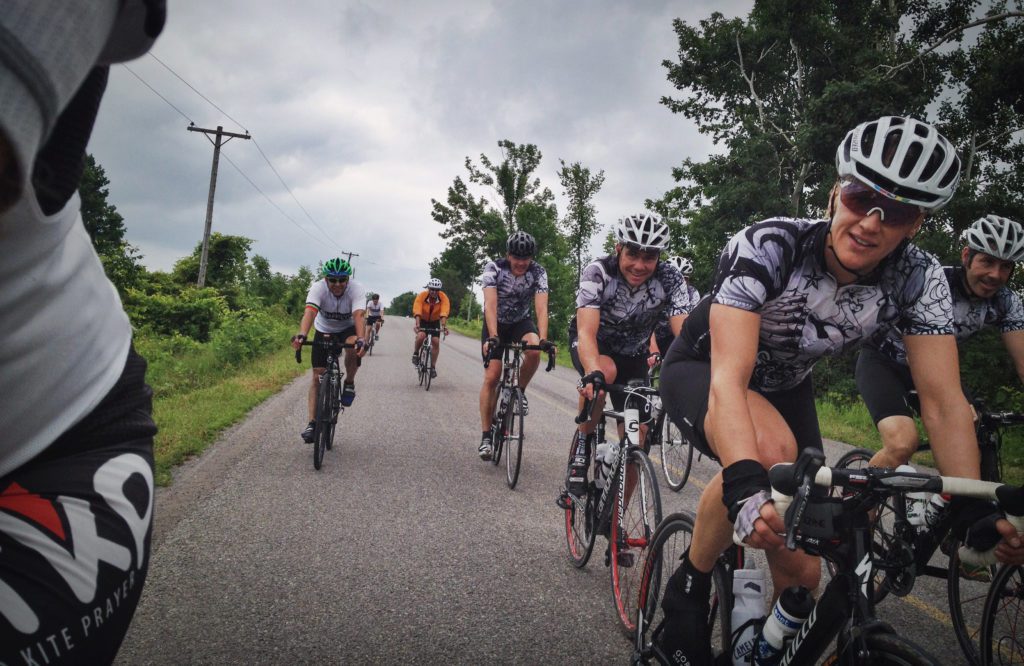 They try to bribe him. In the lead-up to the yearly Noble Pursuit, organizer Zac Wheeler gets offers of beer and cookies. He’s the only one who knows the full route, which, even with the tempting offers, he doesn’t reveal until a half an hour before the event.

The Noble Pursuit is an event for Peterborough Cycling Club members. It started with an email Wheeler received from a friend. It was an announcement about a gentleman’s race in the U.S. Northwest. The friend said that they should do something similar on the quiet roads around this Ontario city 140 km northeast of Toronto. Wheeler agreed. He chose a route that he and some friends rode in 2011 in a sort of test event. The next year, the club had its first Noble Pursuit.

Wheeler stresses that the event is not a race. Still, it’s a challenging ride. It features 11 or 12 teams of six riders. On the day of the event – usually in July – at 7:30 a.m., Wheeler hands out route maps and cue sheets with turn-by-turn instructions to team captains. At 8 a.m., the first team goes out. Ten minutes later, the next group is off. The rollout continues in this way until the final team is away at close to 10 a.m. Wheeler knows the abilities of his fellow club riders, so he starts the slower groups earlier and the faster ones later. The “pursuit” in the ride’s name comes out of this structure, with the later teams catching and passing the earlier ones. Still, it’s not a race. Wheeler has a practical reason for sending riders off on an Australian pursuit. “We have everybody arriving at the end for a meal all at the same time,” Wheeler said. “So far, in almost every edition, we’ve had all the teams arrive within an hour of each other.” The fastest team finishes the ride in roughly six hours. Distances for the Noble Pursuit range from 150 km to 170 km. In 2015, it was 172 km. Wheeler has been a longtime fan of gravel riding, so every year there are quite a few sections on unpaved roads. Close to half the course of one of the early editions of the Noble Pursuit was gravel.

“My goal in creating the route every year is to show everybody a new road,” Wheeler said. “I’ve been successful, most of the time. I’ve been riding a really long time and have always been pretty adventurous in my riding. I’ve always been known to show people new roads. The planning the first couple of years of the Noble Pursuit went pretty easily. But, I’m getting to the point now, where things are getting challenging. Either I start reusing roads and work them into different routes or I have to come up with something else, something more creative.” He wouldn’t say what his more creative ideas might include, because, like his routes, he wants them to be a surprise.

Out on the road, the teams have to stay together. “Whatever happens out on the road, your team is there to help you, help you get through it,” Wheeler said. Groups have to be self- sufficient. There’s no follow car to pass out fuel or scoop up riders who are too tired. Riders have to be comfortable with reading maps as Wheeler does not provide .gpx files or the like.

While the riding can be a big physical challenge, Wheeler ensures the event has the right tone, that of fun and adventure, both before and after the ride. The ride has a patron, who, for 2016, is Gino Bartali. When a team registers, it’s not as simple as entering names. The online form has a section or two that asks riders to get a bit creative. One year, each team had to submit a poem. In 2016, an acrostic of the words “Cycling” or “Noble Pursuit” was in order, as well as a team manifesto. These writing exercises are essential. To date, Wheeler hasn’t had to turn away any teams; each year the event has reached its maximum of 12 teams or a bit fewer. If there is interest from more than 12 teams, Wheeler expects the creative writing will determine who gets in and who doesn’t since he doesn’t want to select squads based on riding ability. 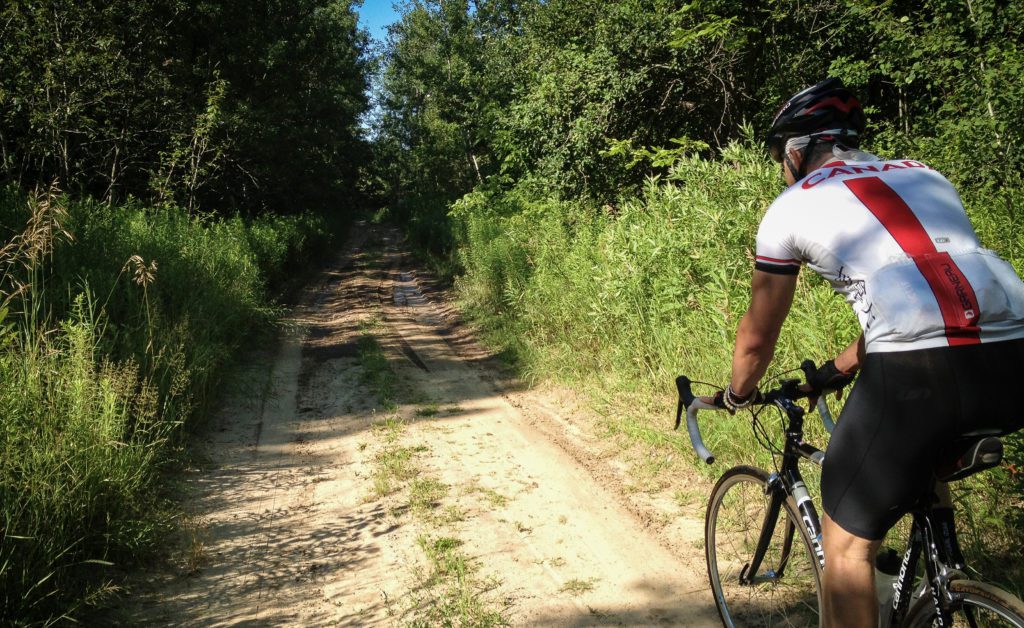 After the event, all the riders meet at the Ashburnham Ale House in Peterborough. Wheeler rents out the restaurant so everyone can have a buffet meal together. “For me, that’s one of the best parts of the event: everybody sitting around telling stories,” Wheeler said. “People talk about the ride, either how good the day was or how challenging it was. They talk about when they hit the wall and who pushed whom up the hill.”

Wheeler also loves the simplicity of the whole event. “You don’t need much beyond the restaurant booking and the map and cue sheets,” he said. He thinks the simplicity is also part of what makes the event so enjoyable. With so little time required to plan and manage things, Wheeler is able to ride the Noble Pursuit each year, too. There’s also a charitable component. Funds raised through the event are donated to the James Fund, a local charity named for James Birrell, a Peterborough boy who died of neuroblastoma. The organization funds research into the form of cancer that affects children.

For those who might want to put on a similar event, Wheeler has a bit of advice. “You have to have a supportive club that will be interested in doing this,” he said. “The one thing PCC has going for it is that there are a lot of keen people who will pretty much do anything on two wheels.” And how keen are Wheeler’s fellow riders? “Usually around January I start fielding emails from club members asking about when the ride is,” he said. “They want to plan their summer holidays around it.”