A couple of drivers on a B.C. highway near Radium took action last week to prevent a young grizzly bear from possibly attacking a cyclist.

Robbie Flemming was driving from Calgary toward Radium on July 14 at around 8:30 pm. He noticed a heavily loaded cyclist making his way up a long climb in the same direction.

“All of a sudden, I see a young grizzly jump over the Banff-bound guardrail in front of a tour bus and go loping across the highway,” Flemming told Global News who first reported the story. “As he gets into my lane…he stands up on his back feet, and I’m sure he can smell that cyclist coming for a bit, and I’m sure he had visions of supper.”

It was clear to Flemming that at the speed the heavily loaded cyclist was traveling at he was not going to outrun the grizzle bear. In order to warn the cyclist, Flemming pulled over and began honking his horn which the cyclist initially ignored.

“Finally he looked over at me and I said, ‘You’ve got a grizzly bear about 25 feet behind you.’ He looked back and went, ‘Oh!’ and started to pound on the pedals.”

Flemming realized the cyclist may still be in danger so instead of driving off her pulled his truck in between the rider and the bear, and turned his flashers on. A second pickup-truck driver saw what was happening and also pulled in between the space between the bear and the cyclist. Once the cyclist was out of the bear’s line of sight, the rider gave a thumbs up to the drivers and rode on.

Flemming said his friends and family initially didn’t believe the story adding that he wished he had a camera to record the close encounter. 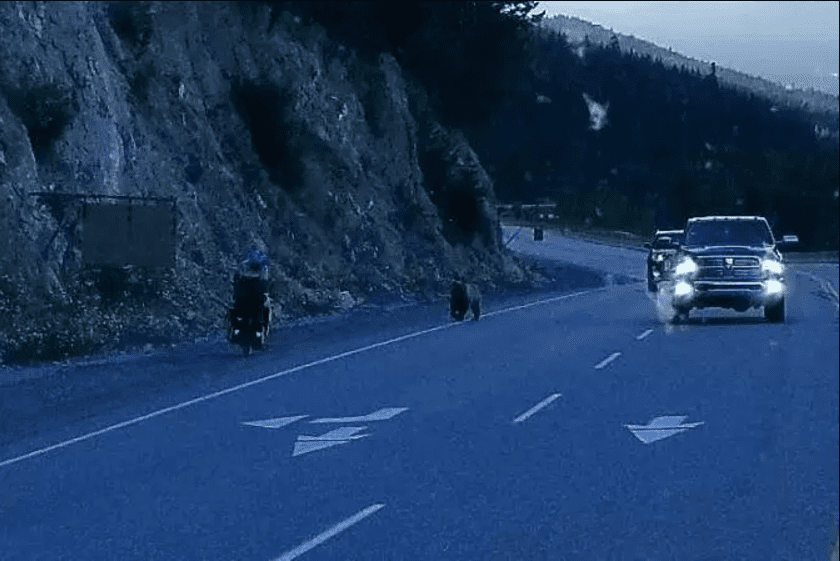 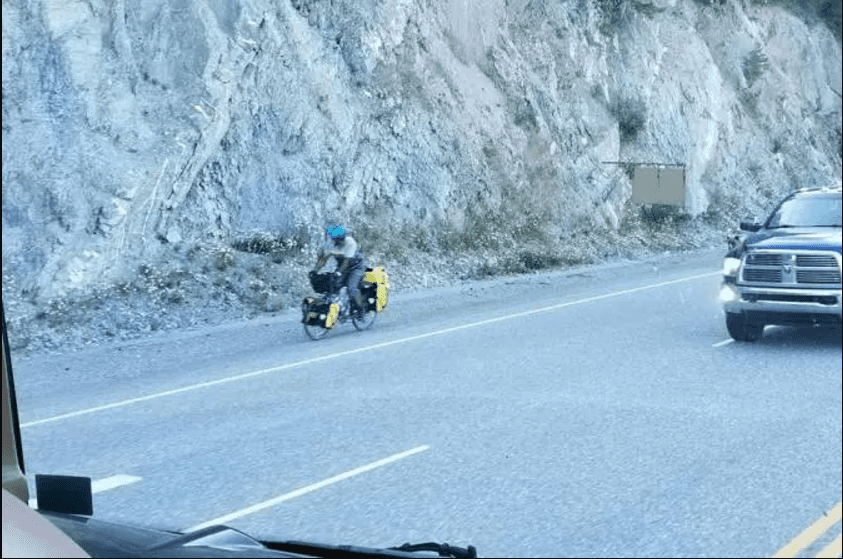 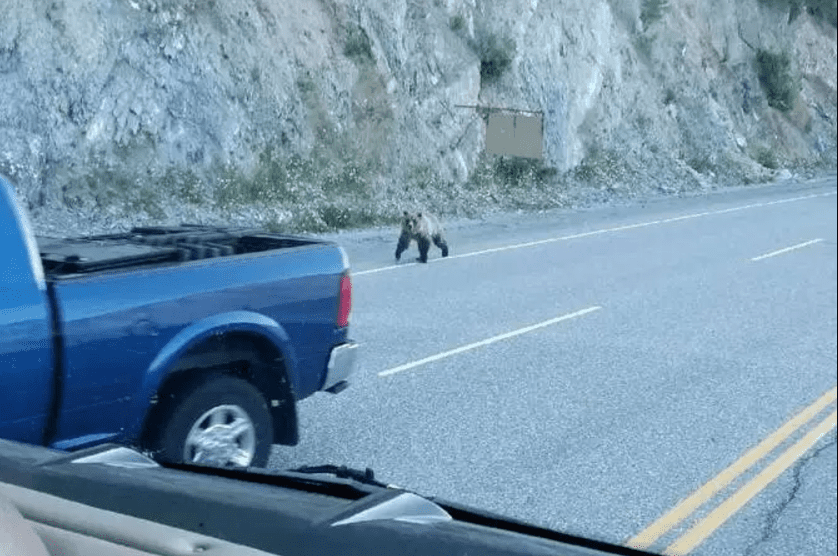 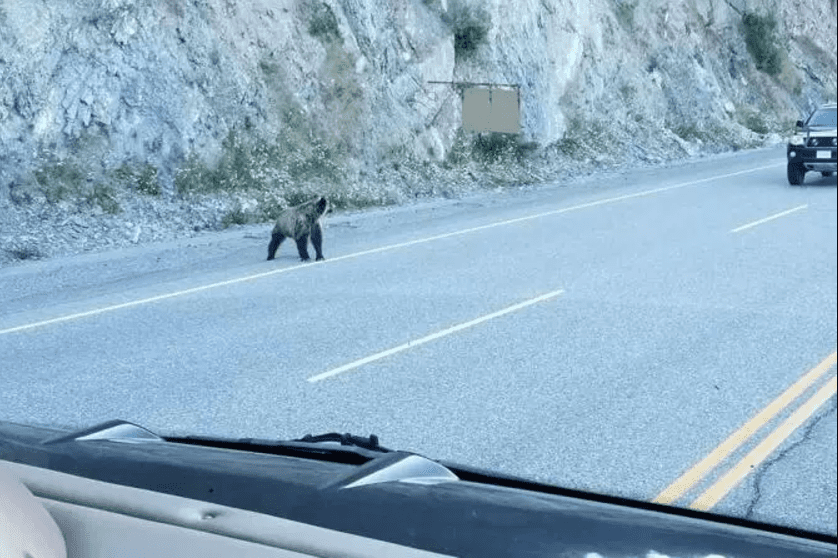 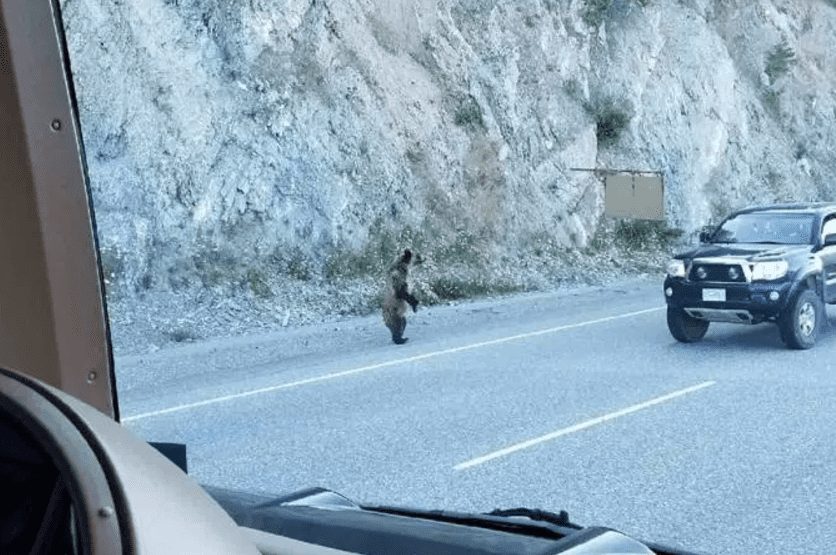 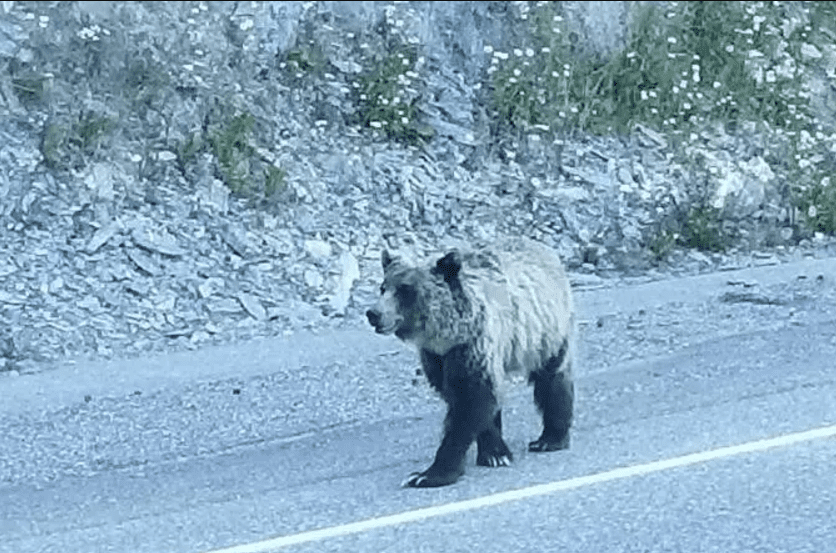 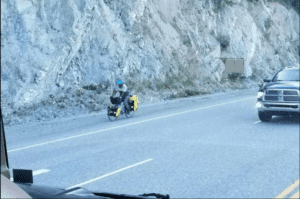 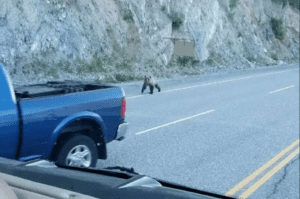 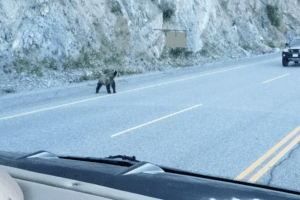 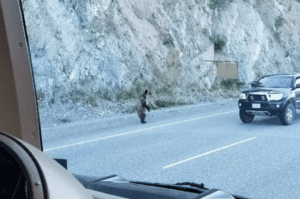 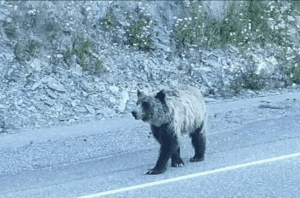 The whole thing was witnessed by Cassie Beyer and Donald Poster of Idaho who were taking a trip to Lake Louise and came upon the scene in their RV.

“His head was turned, he was looking back, he knew [the bear] was back there.”

As they drove slowly by the scene in the opposite direction, Beyer took photos.