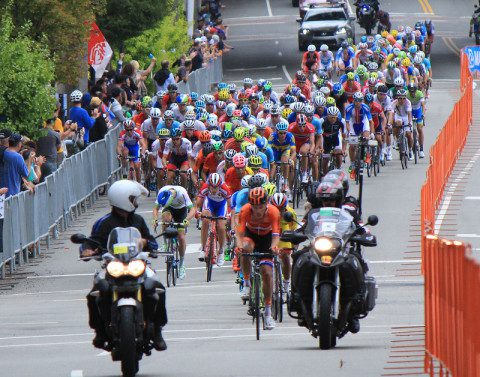 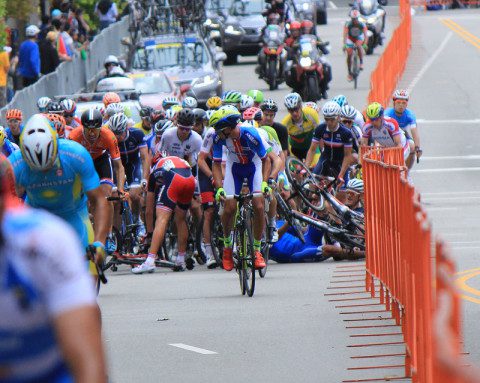 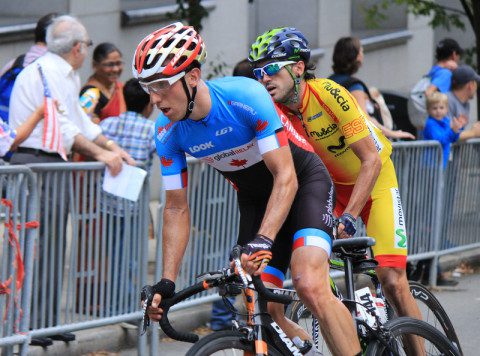 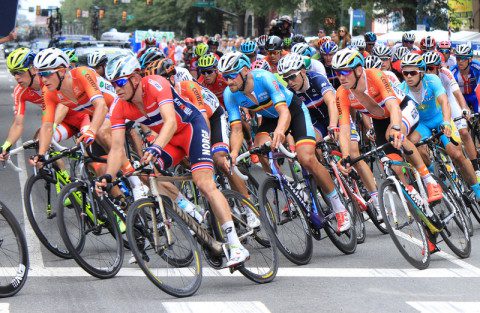 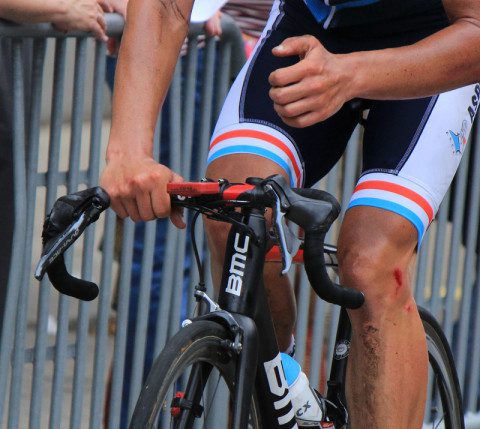 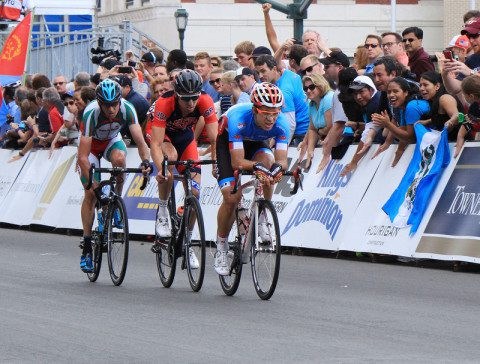 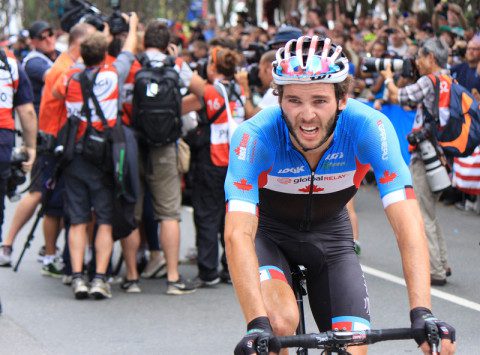 For three laps – more than 45 km – Guilliaume Boivin rode around the 2015 UCI Road World Championships course in Richmond listening to the deafening roar of the American fans.

For those three laps he worked his legs raw in a breakaway with Belarus rider Kanstantsin Siutsou, Columbian Jarlinson Pantano and, the reason for the raucous crowd, American superstar Taylor Phinney.

But while the three would build up a gap of more than one minute, it wasn’t meant to be Sunday as the group was caught with two laps remaining. Slovakia’s Peter Sagan pulled away from the peloton late on the final lap to take a solo victory that he called the biggest win of his career.

Still, the breakaway was a big move by the Canadian road racing champion Boivin, who won a bronze medal at the 2010 U-23 World Championships in Geelong, Australia.

“I wasn’t sure after a little crash in the first part I would have the legs to be competitive for a real result in the end, so I figured I might as well try to get a head start and see what happens,” said Boivin, who went down around the 80km mark of the race.

The breakaway was pulled back in at the bottom of the cobblestone Libby Hill climb with just over two laps remaining.

“It was fun, especially with Taylor up there. The crowds were going nuts for him. After that, I dropped my chain on (Libby) but my legs were fried when they caught us anyway, so I just kind of cruised it back in,” said Boivin, who finished 107th.

Canada’s top-finishing rider was Antoine Duchesne, from Saguenay, QC., who came in 61st. He said the Canadian team did what it could in a long race against a tough field.

Done and dusted!!! Finish the season with a great ride for my first Pro World championship. Tried to go in somes… http://t.co/zGp37SZXg1

“I’m happy. That was a hard race,” he said. “I tried to go in some moves in the last 80km but every time I was trying to move up and go, everybody was always trying on the final climb and it kind of killed every opportunity to go away.”

“The positioning was hard because I was by myself in the last two or three laps and fighting against teams,” Duchesne said.

“I think they underestimated the course a little bit with the three climbs right at the end,” he said. “It was a good race, but some of us don’t have as many of these long races, so each one we get in is better for the future.”

Anderson said once the race moved north of 225km, he started feeling the distance.

“It was new territory for me, so you start to feel it a bit,” he said. “There was still 35km to go and it was really starting to light up.”

Anderson and teammate Mike Woods finished 93rd and 94th, respectively in a group of 11 riders who crossed the line six minutes, 43 seconds behind Sagan.

Ryan Roth and Hugo Houle were among the 81 riders who didn’t finish the race Sunday.