After 5,249 laps of the Forest City Velodrome over 24 hours, Ed Veal climbed off his bike. He’d covered 735.8 km on the 138-m velodrome all in an effort to raise funds for repairs and upgrades to the world’s shortest permanent indoor track. Towards that effort, his ride raised over $50,000 by the time it was finished Sunday morning.

Veal, the Canadian hour record holder, maintained an average speed of 30.65 km/h over his 24-hour ride in support of the Forest City Velodrome in London, Ont. that is housed inside an ageing hockey arena built in 1963 that was remodelled into a velodrome in 2005. In raising over  $50,000 (by Monday morning), the Real Deal 24 Hour Track Attack surpassed the goal of raising $25,000 so the installation could receive long overdue upgrades and repairs.

“I want to use my bike as a tool for good, to bring awareness to a need and to help out in any way I can,” Veal said before the event. “The group at Forest City Velodrome (FCV) in London are doing an absolute fantastic job for youth cycling and youth development programs. They have a wonderful facility that is in desperate need of upgrades and repairs for it to stay open. It would be a real shame if the area lost one of the most unique sporting venues in the world due to lack of funding.”

The FCV has been in need of updates to its heating and lighting infrastructure for some time now. The facility is a nonprofit organization with all programming and operations administered by volunteers. They want to replace the building’s very old boiler with a more modern radiant system and they want to replace the old high-pressure sodium lights with LEDs. 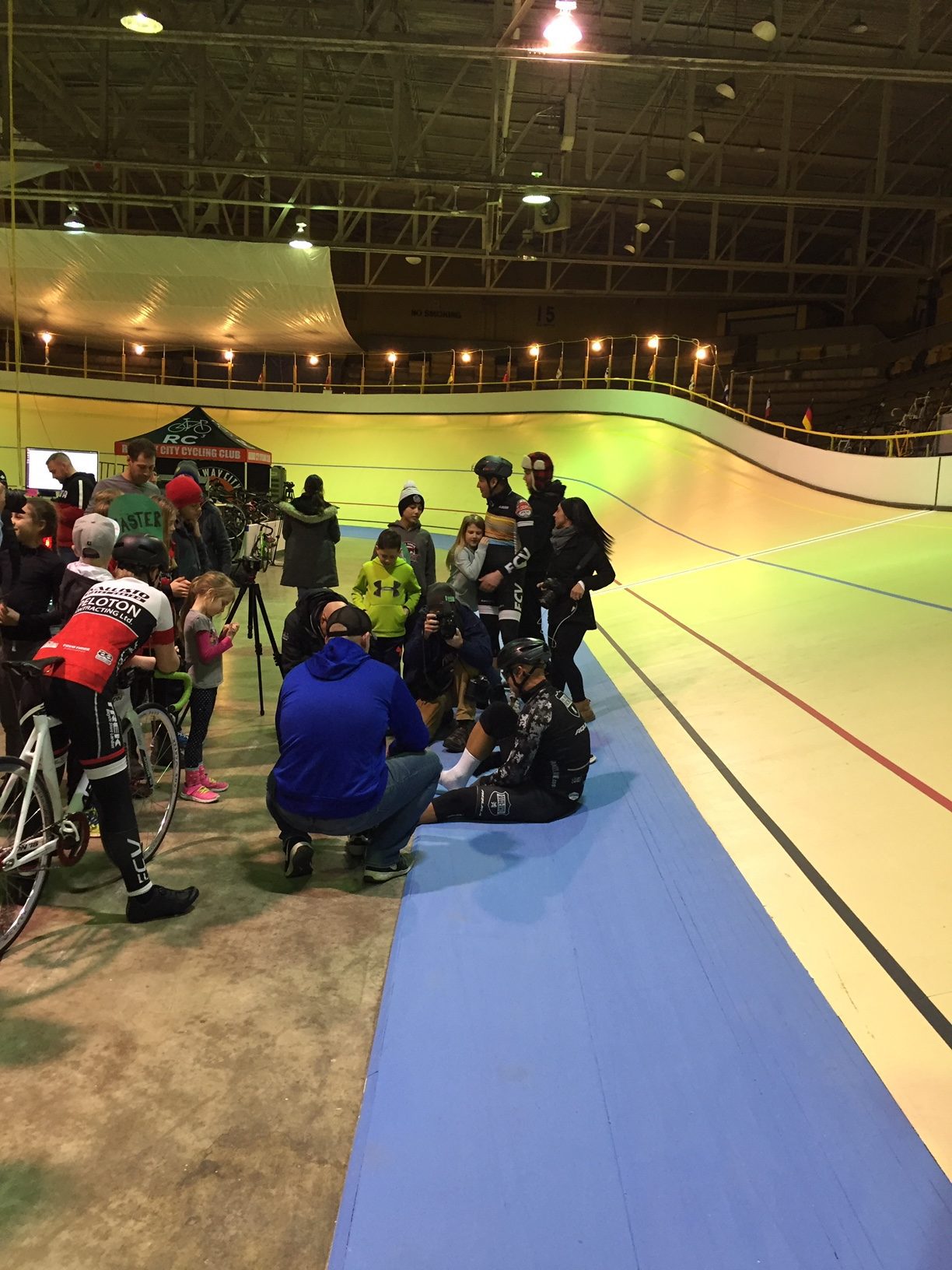 The building hasn’t seen any significant updates since it was originally built in 1963 as the home of the London Knights hockey team. Veal’s ride is the latest fundraising to try and update the velodromes infrastructure that at in its current state is inefficient.

The velodrome is extremely unique being the shortest permanent indoor track in the world, measuring 138-metres with the steepest banks on a velodrome at 51-degrees and 17-degree straights.

A previous version of this story stated Veal covered 729.83 km but because of a chip error, the organizers have confirmed he covered 735.8 km.