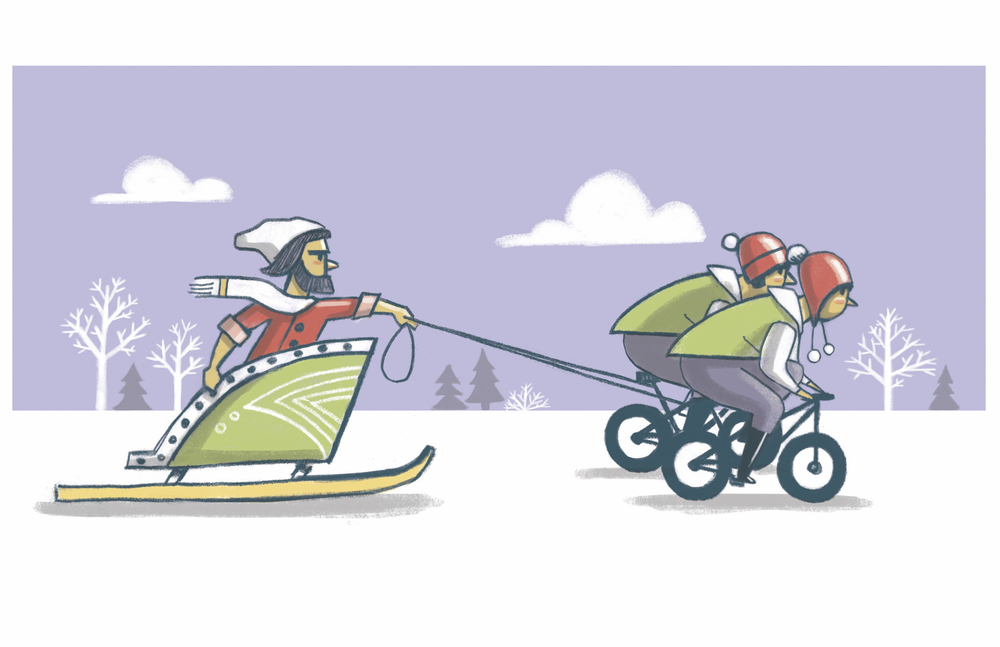 Even for such a young cycling discipline, you may already think you’ve seen it all when it comes to competitions involving fat bikes. An event on its way to Edmonton this February, though, may change your mind on that front.

That race, the CBC reports, is called Winterus Maximus.

Fat bikes are the most integral part of the competition, but they’re not its only aspect. Hosted by MADE and described as a “blend of chariot racing, chuckwagon rodeo and dog sledding sprint,” it’s being touted as a new extreme sport on the scene, incorporating wildly diverse—and in some cases, even unexpected—elements. After all, when was the last time you saw a chariot being pulled by a bike, Ben Hur-style?

The novelty of it all, organizers said, is the whole point. “I thought, wouldn’t it be cool if there were some bikes pulling a sled or a chariot,” said Nadir Bellahammer, speaking with CBC Edmonton AM about the event. “It will be quite a sight, I think.”

As the clock ticks down to race day on February 6—more or less right at winter’s chilly nadir—organizers are inviting would-be entrants to submit their designs, whether sleds or chariots, to be pulled by a pair of winter-ready fat bikes. Those entrants will be organized into teams of three participants, consisting of one chariot rider and two fat bikers, who will compete against one another for the cold, snow-slicing glory of victory. The course of the race will be on the Flying Canoe Festival grounds in the Mill Creek area, reports say.

What are organizers expecting? Given that a race like this has never happened before, Bellahammer remarked, anything’s possible.

“We don’t know how it’s going to go because it’s the first time, as far as we know, that something like this has been organized,” Bellahammer told reporters. “It will be a night race, so we’re hoping everyone lights their bikes up, and we’re looking forward to seeing what ensues.”

Since the call for entries was first put out on Dec. 17, several teams have already registered. Submissions can be made by emailing winterus@joinmade.org.