The busiest week of road cycling in Canada concludes on Sunday with the 2019 Tour of White Rock. BC Superweek is a staple on the calendar with some classic and prestigious events such as the Gastown Grand Prix that took place on Wednesday and the UCI 1.2 White Spot/Delta Road Race which happened on Sunday, July 7. Heading into the final events of the week with the PoCo Grand Prix on Friday, and the Tour de White Rock with it’s Choices Markets Criteriumon Saturday and the Westminster Savings Road Race on Sunday, let’s have a look at what’s happened at BC Superweeks so far in 2019. 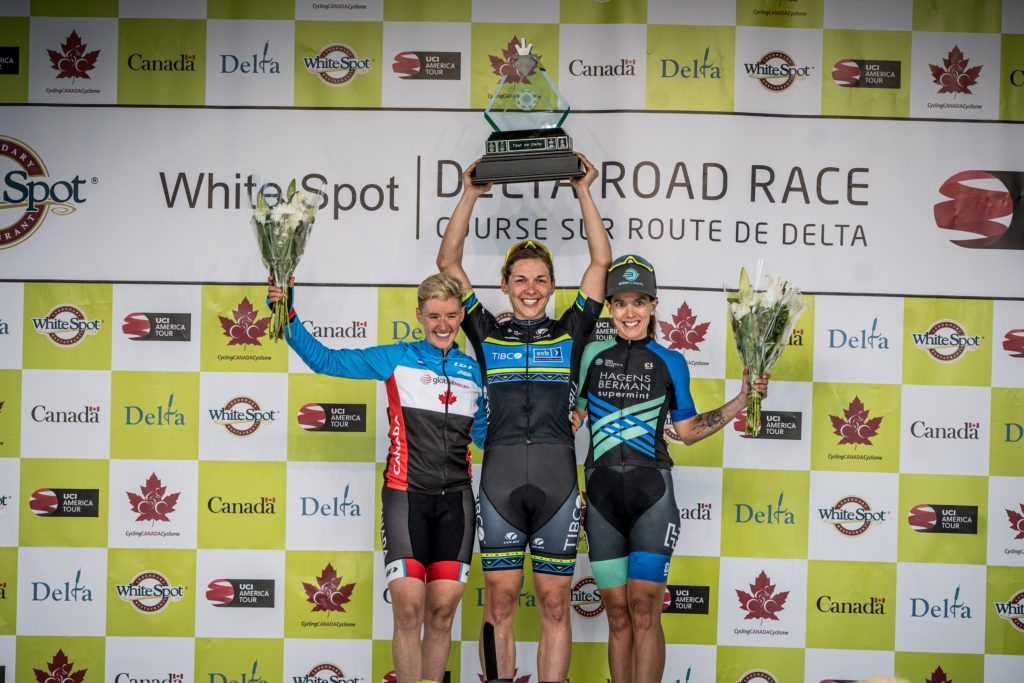 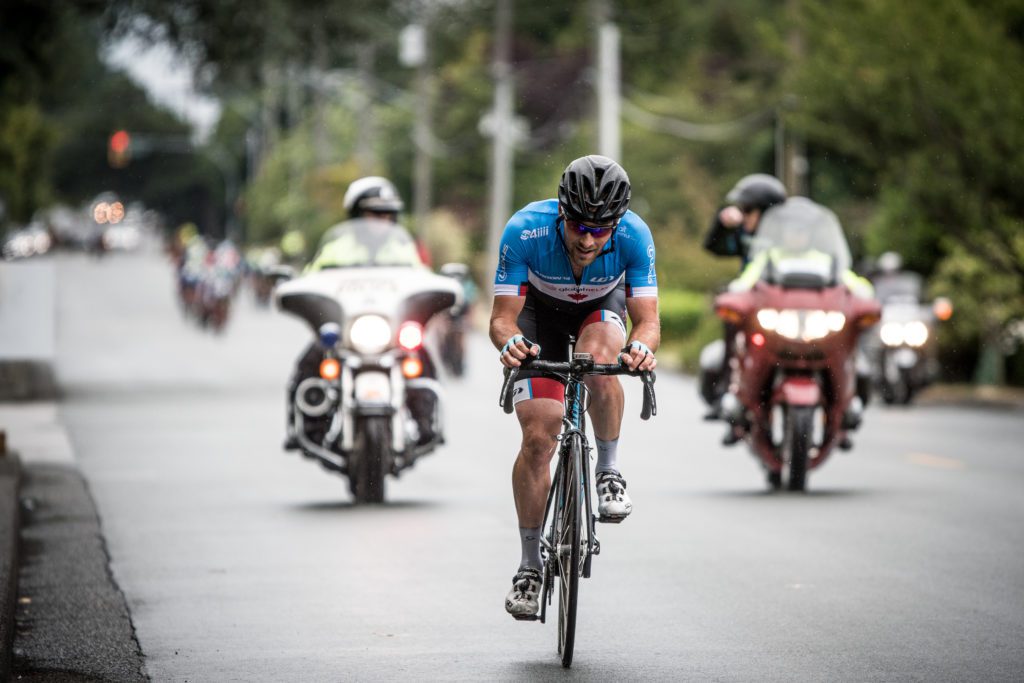 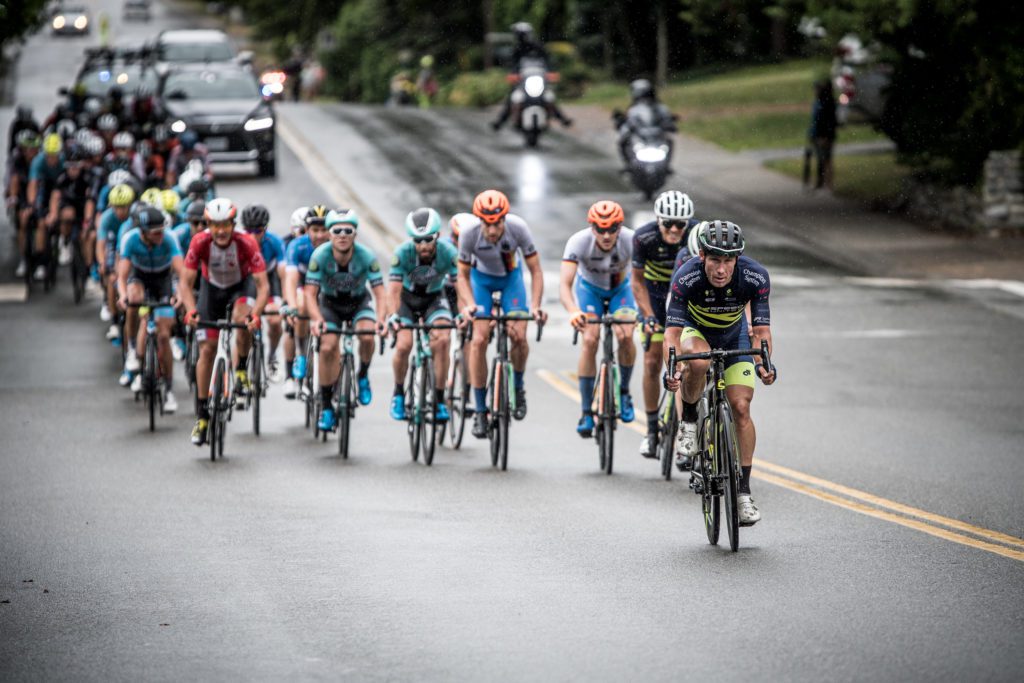 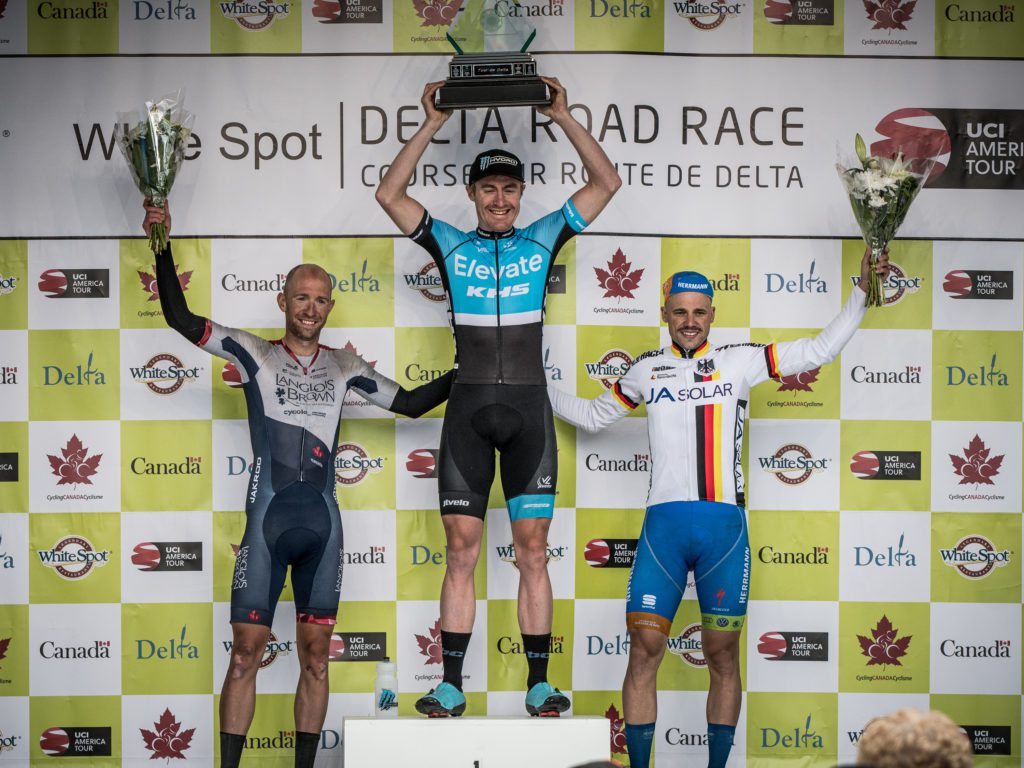 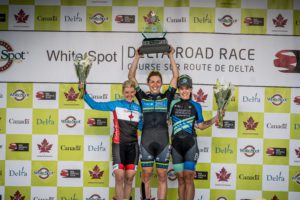 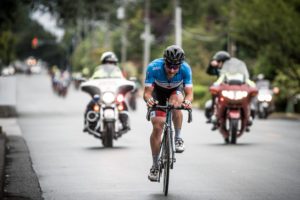 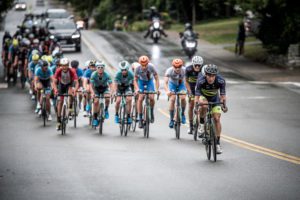 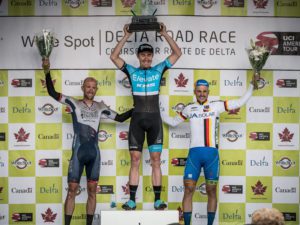 On Thursday, Campbell Stewart of New Zealand and American Kendall Ryan won the Giro di Burnaby. Kendall Ryan sprinted for the win in the women’s race while Stewart also waited for the sprint to take his second career win at the event after taking the top step in 2017.

“I knew the breakaway was a possibility, but personally I just think there’s so many more great riders here. Everyone was chasing down everyone, obviously my team was just amazing today,” said former four time junior track champion Stewart. “They sent me out and I jumped on the KHS train there and I just had to squeeze my way in and go for the line. I knew it was going to be a long one and got around and it’s nice to get the win.”

Germany’s Marcel Franz was second with Samuel Bassetti in third. In the women’s race, attacks went but ultimately the race came down to a sprint. Despite significant success at BC Superweek in past year’s, this was Ryan’s first Giro di Burnaby win.

“The first turn – the hairpin turn – you can really tell who can handle their bike, who can corner, who can hold a line and hold their speed in the corner,” Ryan said. “U-turns are pretty hard to keep your speed on and lap after lap when you’re getting tired and you lose a little bit of your edge. The back side after the u-turn is all headwind so it’s really hard to keep position and then deep into this last turn it is tailwind.”

Arguably the most prestigious event of BC Superweek, the Gastown Grand Prix takes place on the streets of the historic district annually attracting big crowds. Regan Gough of New Zealand won ahead of Canadian Emile Jean and Franz in the men’s race while Ryan won the women’s event for the third consecutive year.

“I think that break had all the big elements – a rider from the big teams – so that allowed us to get a pretty good gap early on,” said Jean, who earned himself his second podium place of 2019 BC Superweek. “From there it was just hard riding till the finish and then just a sprint between the four of us.”

The women raced on a damp course after a downpour earlier in the day. That didn’t deter Ryan from leaving her mark on the race.

“This is a crazy course, especially when it was wet, but it dried throughout the race so we could take the corners a little hotter,” said Ryan. “I was just testing it the whole time to see how fast I could take that last corner. I just came off my teammate Sharlotte’s wheel after a huge lead out by her on the last half a lap, turned the turbos and hoped for the best.”

“I knew I had to be on Kendall’s wheel to have a chance to podium in that sprint. It was just elbows bumping through that last corner and it came down to my confidence in riding on wet cobble,” said Coles-Lyster. “I just took a chance to shoot that last corner on the inside and it put me in the perfect position because I lost her wheel for a bit. I felt like I was gonna puke on that last sprint, but I got on the podium, so it was worth it!”

Florenz Knauer has a solid hold on the New West Grand Prix winning every edition of the men’s race since it debuted in two year’s ago. Again in 2019, the German who now calls B.C. home took his third consecutive win.

“It’s always the same, I carry so much momentum and speed (on that climb), so no one can go on my wheel – it’s a trick,” he explained. “I think the rain played a little bit in my favour. I have good tires, I’m confident in my bike and my skills riding around the corners, so I always try to get as much speed as I can into two of the turns. This time someone got in front of me, so I had to kick on again and I had to go really deep – it was close at the end, I was just happy to see the line.”

In the women;s event, it was Vermillion, Alta.’s Alison Jackson who attacked on the last lap was able to hold on for the victory.

“We thought there would be a sprint from the group, but my teammate Sharlotte Lucas was doing a great job covering some things and I was feeling really strong,” Jackson said. “I felt good on the climb, so I just went all in and then looked behind me on the final straight and it was clear. I did that for the crowd – it’s fun to kind of gamble like that and I think the crowd appreciated it.”

Coles-Lyster had a good race as well finishing second. “It was a cat and mouse kind of game. There were teams watching on that last lap and it just became a matter of surviving the slippery course,” said Coles-Lyster, who won the Tour of Somerville in New Jersey in May. It’s the oldest major bike race in the US and is known as the “Kentucky Derby of Cycling”.

The second part of the Tour of Delta is the White Sport | Delta Road Race. Samuel Bassette took the victory in the men’s event and Jackson won the women’s race.

“Travis McCabe, Pier-Andre Cote and I were all kind of at the back of the breakaway hanging out with each other,” said Bassetti. “The finish came up pretty fast, suddenly it was 200 metres to go and the guys up front hadn’t started sprinting. I started my sprint, weaved through the rest of the group and just nipped a couple guys at the line.”

“For us, if the group came back together, Kendall was going to win it – we had 100 percent confidence in that,” explained Jackson.

Blais, who’s been racing for Astana over in Europe but is at BC Superweek with Team Canada explained her growth at the week of racing. “I think I’ve progressed every year and to finally be on the podium – even though I’m kind of bummed to not win – it’s still really nice,” Blais said. “There are a lot of turns, it’s never boring. The turns make it harder so you must always be conscious of your positioning because it can be kind of up and down like a yo-yo. I like that it’s very interesting – it’s a cool course.”

The crits that make up the first two day of the Tour of Delta were won by Travis McCabe and Regan Gough on the men’s side and Ryan and Leigh Ann Ganzar in the women’s crits.