Four-time Olympian Georgia Simmerling announced on Sept. 14 that she will be retiring from professional sport. Simmerling made history in 2016 by becoming Canada’s first athlete to compete in three different sports at three different Olympic Games, then went on to break a world record at the Tokyo 2020 Games.

The multi-sport B.C. Olympian started her career by competing in alpine skiing at the Vancouver 2010 Winter Olympics before switching over to ski cross in 2011. In 2012, just months after breaking three vertebrae in her neck and back, she got back to competition and eared multiple ski cross World Cup podiums.

Simmerling competed in the 2013 ski cross world championships and qualified for the 2014 Sochi Winter Games, where she raced the 1/8 finals.

The following year Simmerling moved on to summer sports, trying her hand in track cycling. By 2016 she was competing internationally with the women’s team pursuit squad and won her first world championship silver medal that same year.

At her third Olympics, the Rio 2016 Games, she won her first Olympic medal: a bronze in the team pursuit. 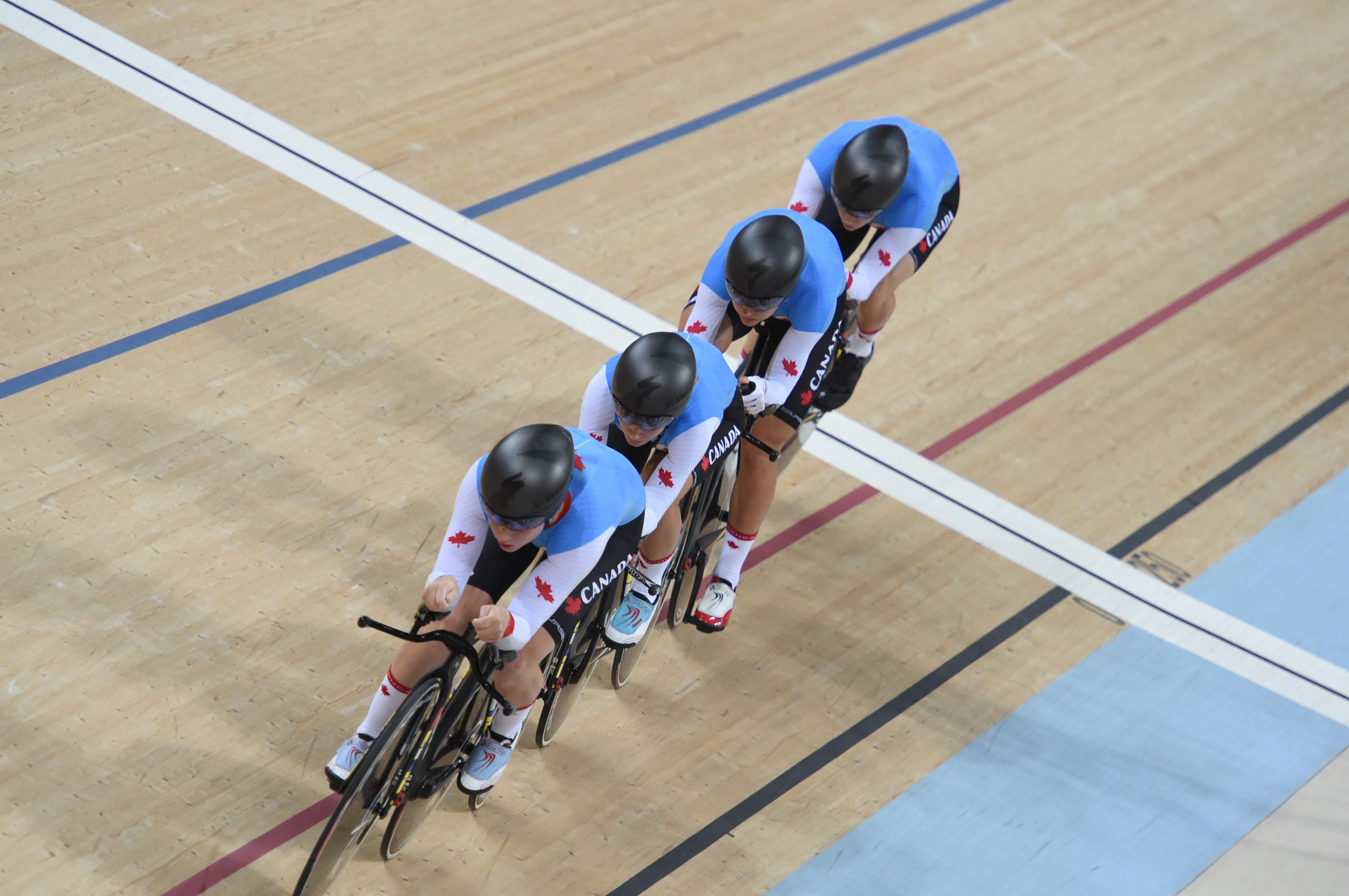 Following Rio, Simmerling went back to ski cross with the intention of completing at the PyeongChang Olympics. Though she secured a spot on the team, a bad crash a few weeks before the Games left her with two broken legs.

Once healed, she was determined to carry on and returned to cycling, qualifying for the Tokyo 2020 Games, where the women’s team pursuit squad fourth and broke the Canadian record by several seconds.

“I am thrilled to end my career on such a strong note,” said Simmerling. “I personally left the Tokyo Games feeling very satisfied with how I rode and had absolutely no regrets. I felt ready to close this chapter of my life and move on to new adventures; I am thrilled to announce my retirement from sport and share what I have been working on.”

Simmerling has not yet given much detail about her next steps, but it seems like there are big plans in the works (and a recent Instagram post hints at a Sept. 27 reveal). “All I can say for now is it’s time to invest in women’s sports, and I’m looking forward to being part of the change,” she said.

She is relocating to Europe with her fiancé, Canadian goalkeeper Stephanie Labbé, who also competed at the Tokyo Games. Labbé, who recently signed with French soccer team Paris Saint-Germain, posted a touching tribute to Simmerling on her Instagram page, celebrating her retirement.