The UCI Road World Championships are in full swing in Yorkshire this week. After the Mixed Team Time Trial kicked the competition off on Sunday, the individual time trials got underway. First up on Monday were the junior riders where competitors enjoyed sunny conditions for the event against the clock though both winners experienced major hurdles to win. On Tuesday, the story was entirely different. Heavy rain left parts of the course flooded during the dramatic under-23 men’s competition while the elite women enjoyed slightly better conditions on the same course of 30 km finishing in Harrogate. 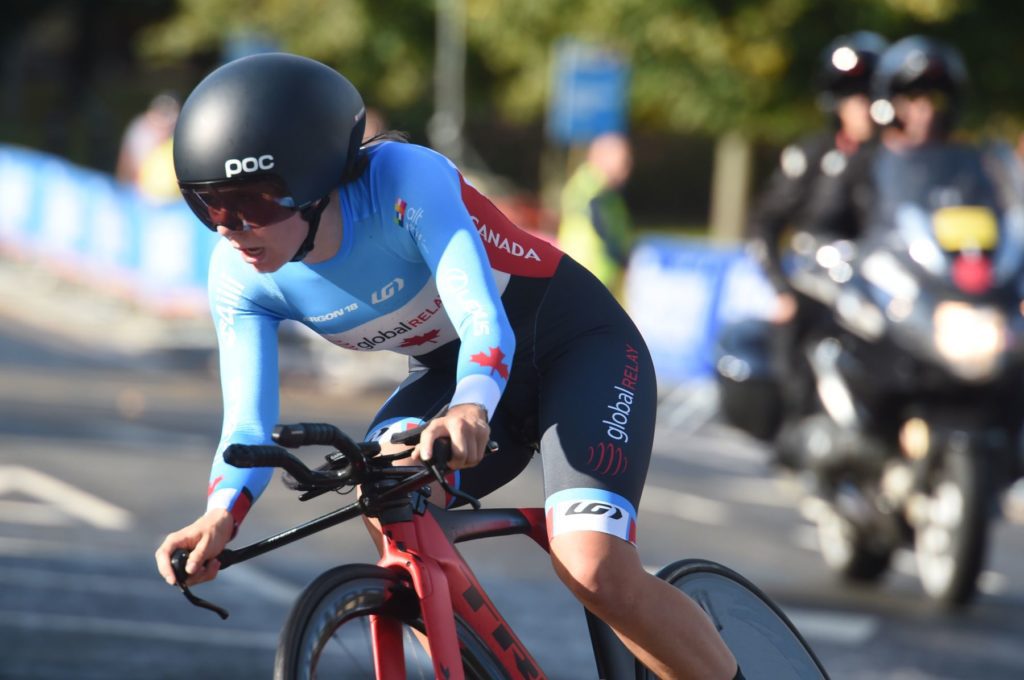 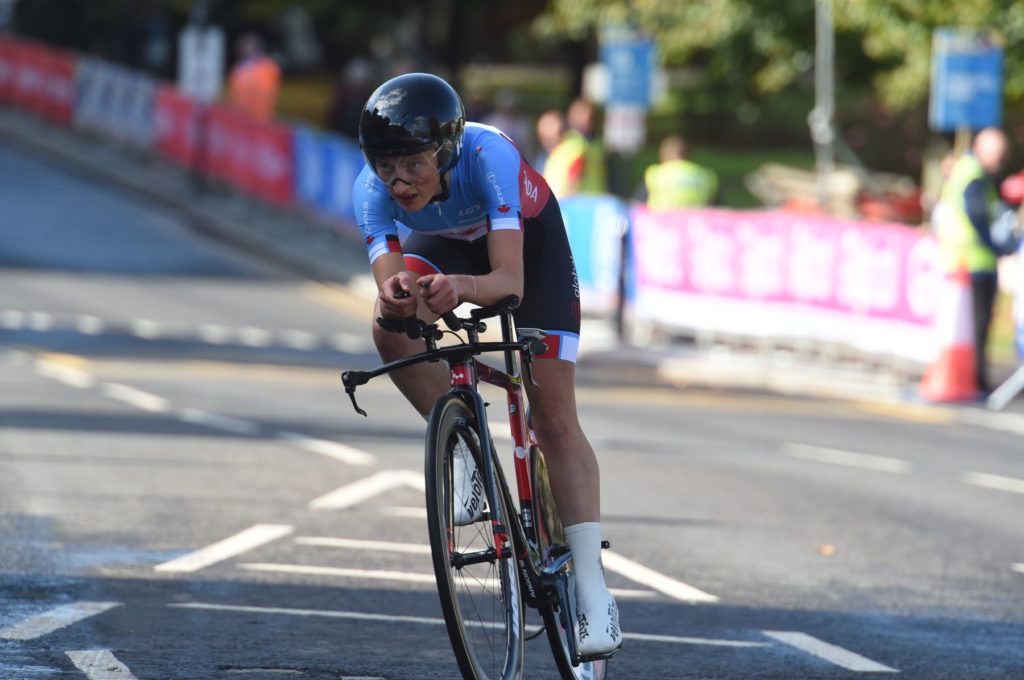 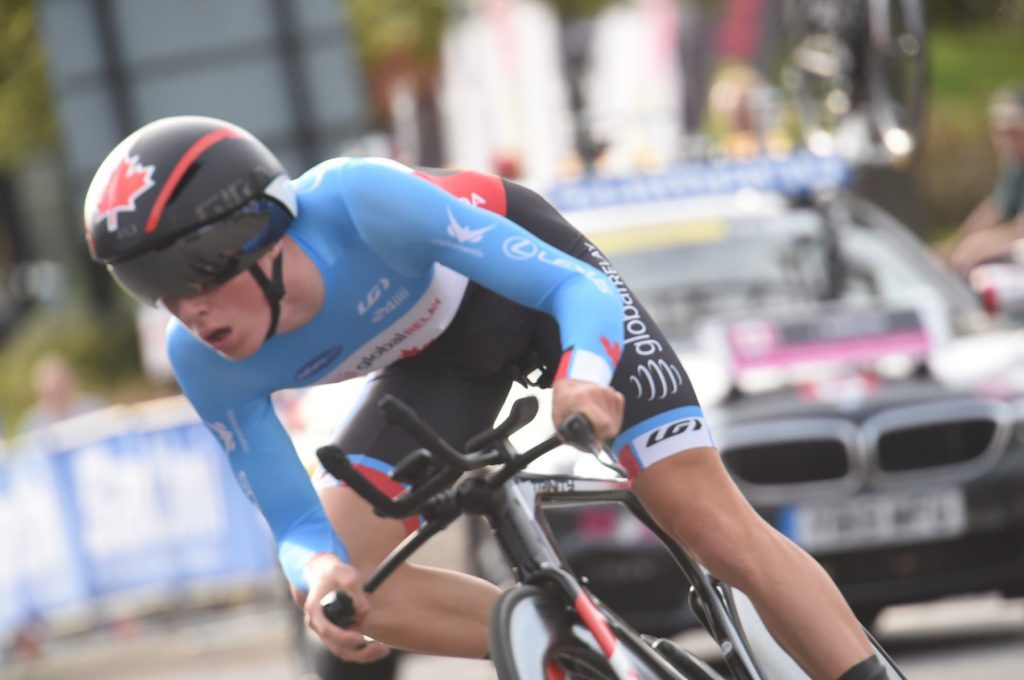 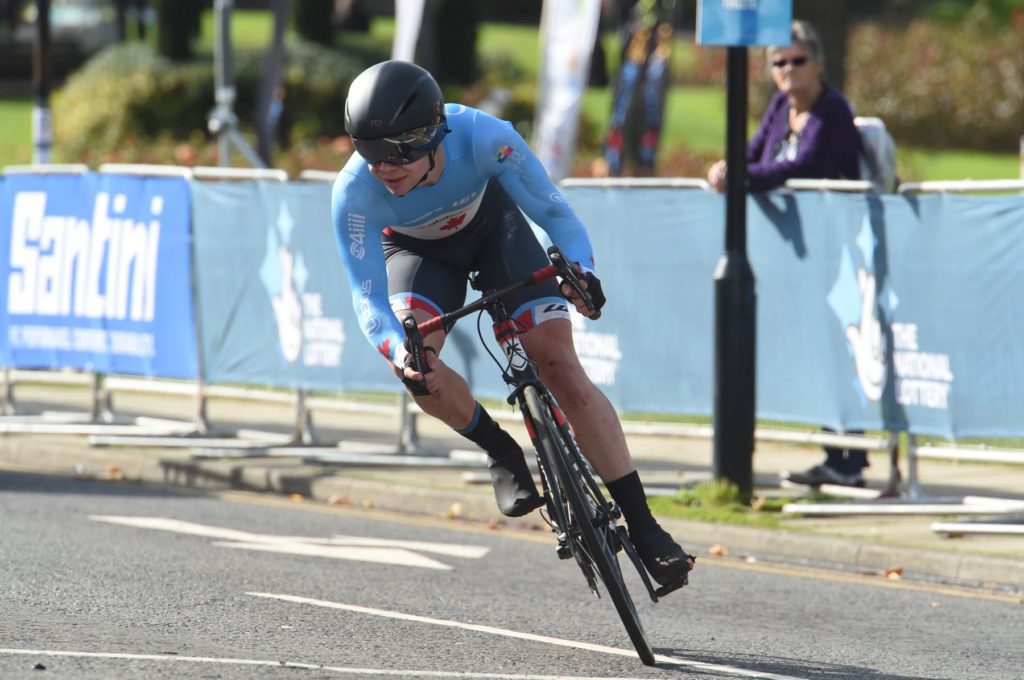 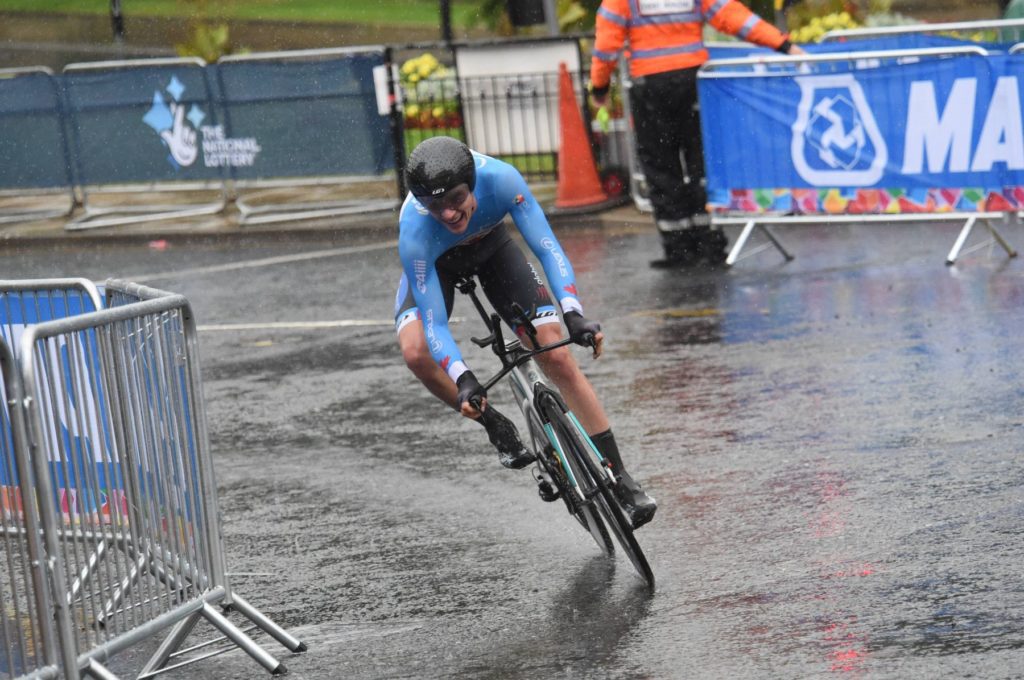 Nickolas Zukowsky navigates around a slippery corner in the U23 men's race. Photo: Sirotti 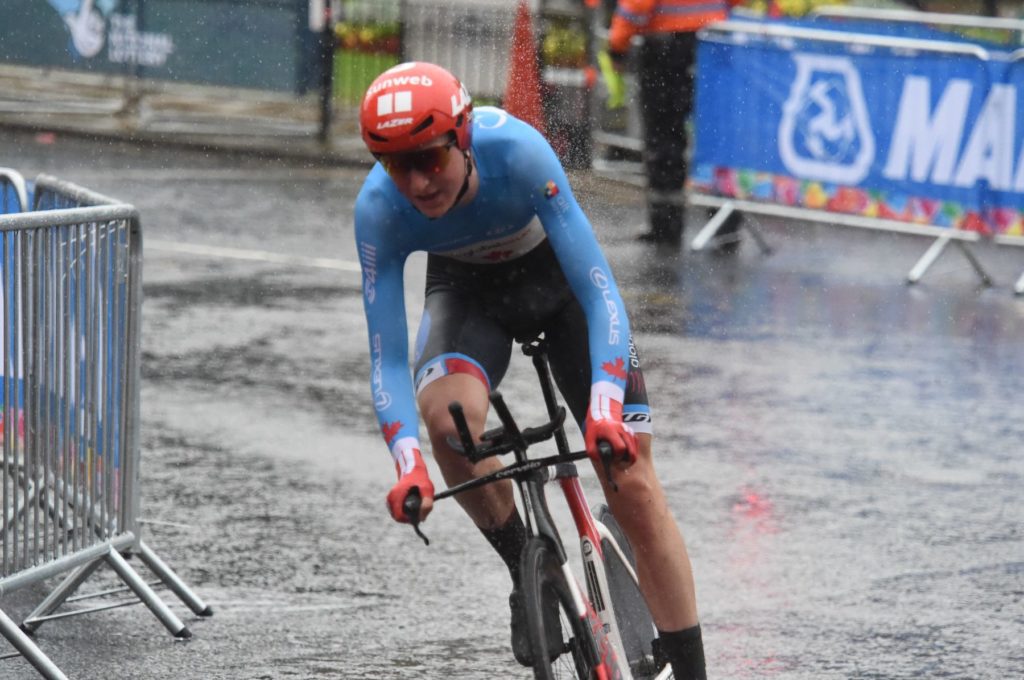 Ben Katerberg in the very rainy U23 men's ITT on Tuesday. Photo: Sirotti 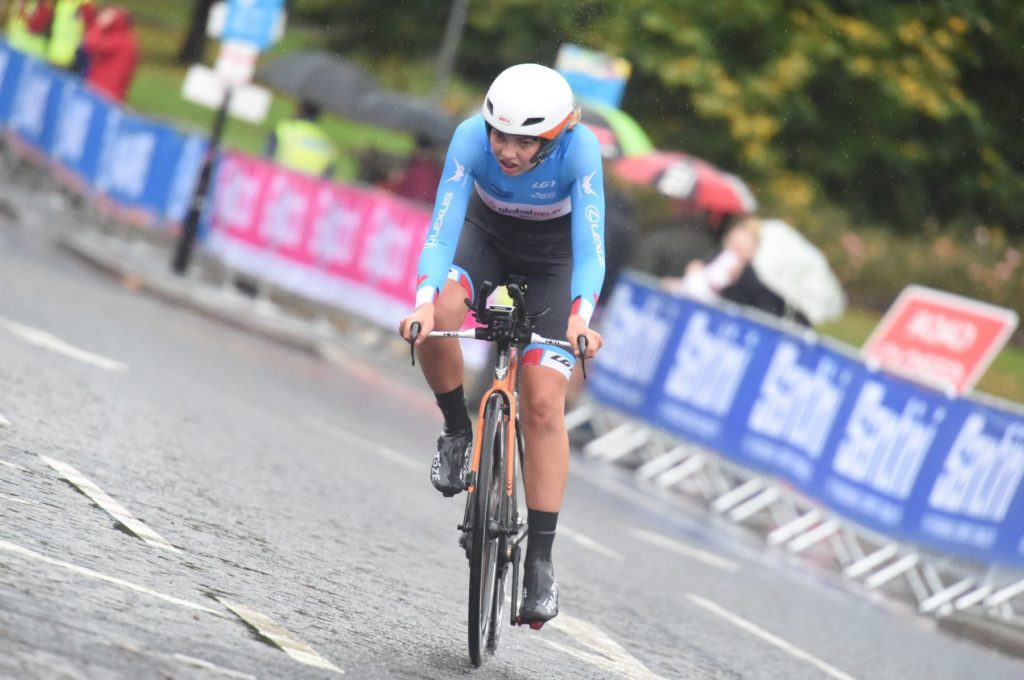 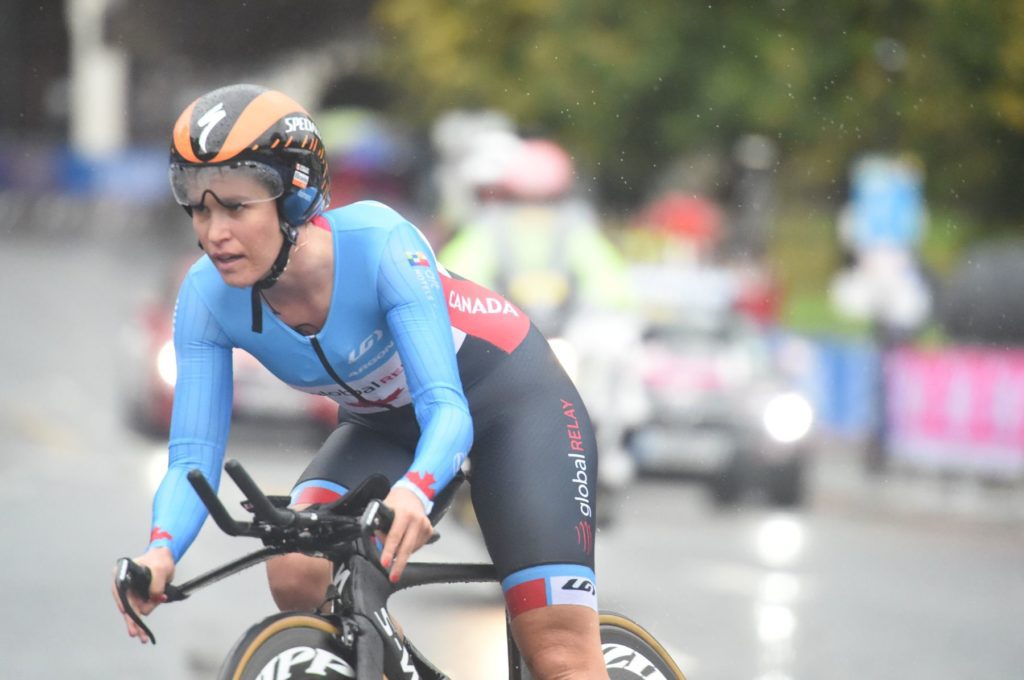 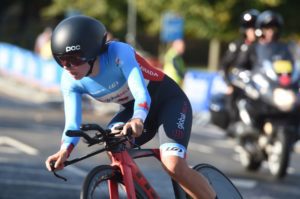 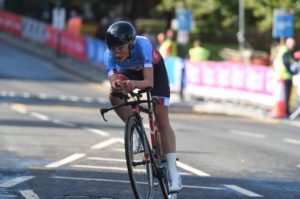 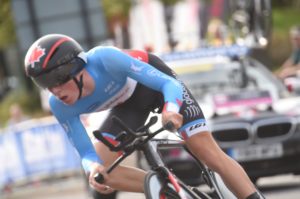 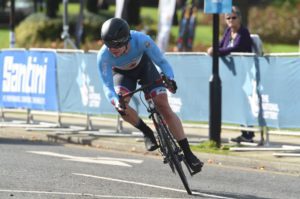 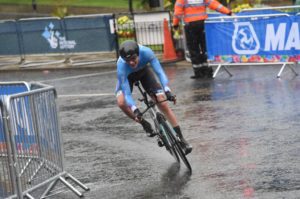 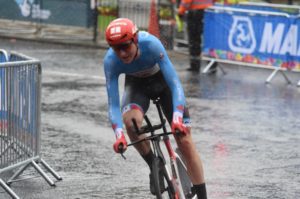 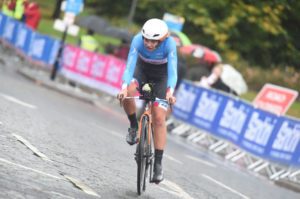 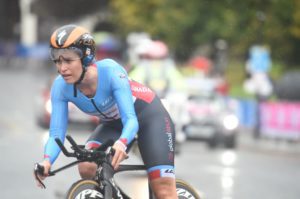 Six Canadians have so far competed in the Yorkshire competitions. Junior women Camille Primeau and Magdeline Vallieres-Mills tested themselves against the best in the world.  The winner in that competition was Russian rider Aigul Gareeva who managed to hold on to her lead despite a mishap that saw her take a wrong turn off the course before getting back to the business of winning gold ahead of . She won with a gap of four seconds over Shirin van Anrooij of the Netherlands and 11-seconds ahead of Elynor Bäckstedt of Great Britain.

Similarly, the junior men’s winner Antonio Tiberi of Italy had major misfortune breaking his pedal right out of the start gate. That didn’t stop him for claiming the victory ahead of Enzo Leijnse of the Netherlands and Marco Brenner of Germany. Representing Canada were Jacok Rubuliak and Tristan Jussaume.

Tuesday, the riders had rain to deal with. The U23 men’s race was especially dangerous with flooding on sections of the course and some dramatic crashes caused by the adverse weather. Nickolas Zukowsky and Ben Katerberg flew the flag for Canada in the race won for the third year straight by Mikkel Bjerg ahead of Americans Ian Garrison and Brandon McNulty. 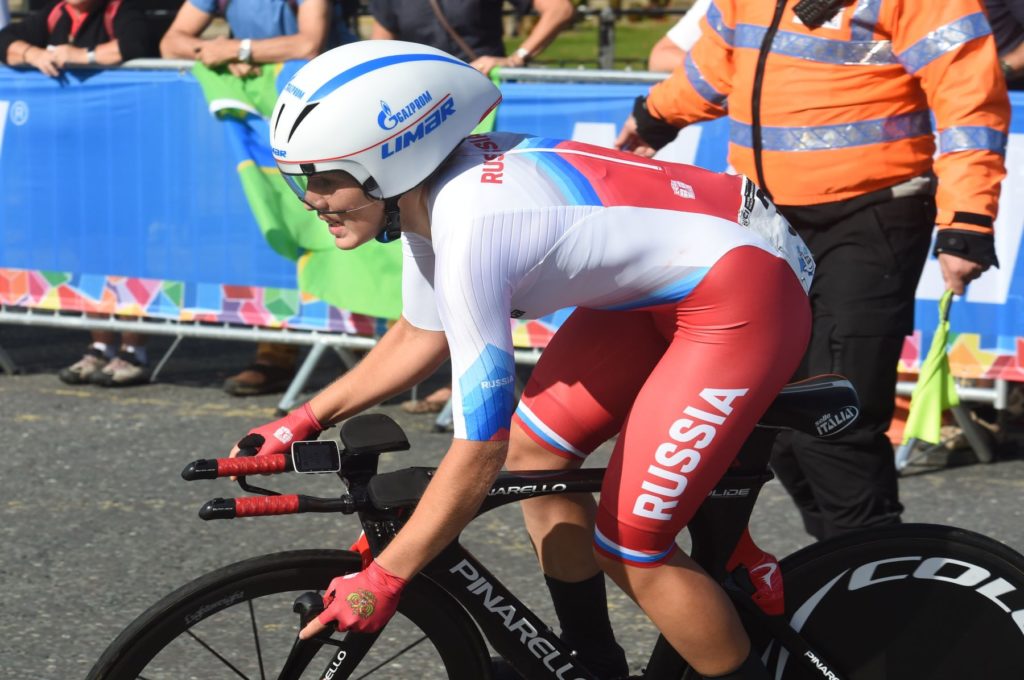 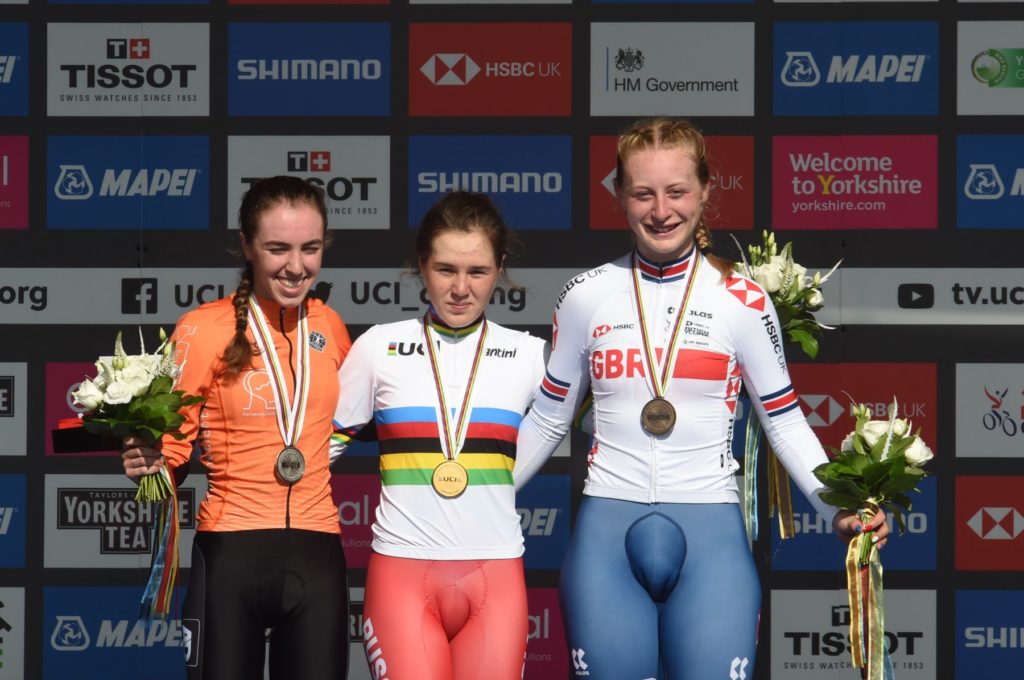 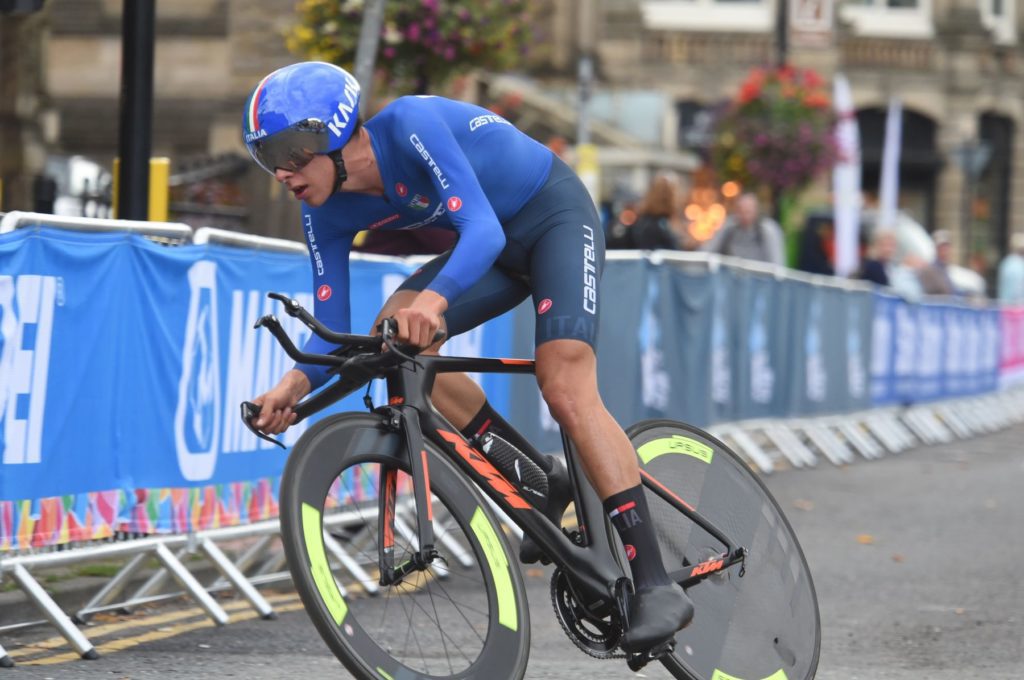 Antonio Tiberi won the junior men's test against the clock despite a bike change in the opening moments. Photo: Sirotti 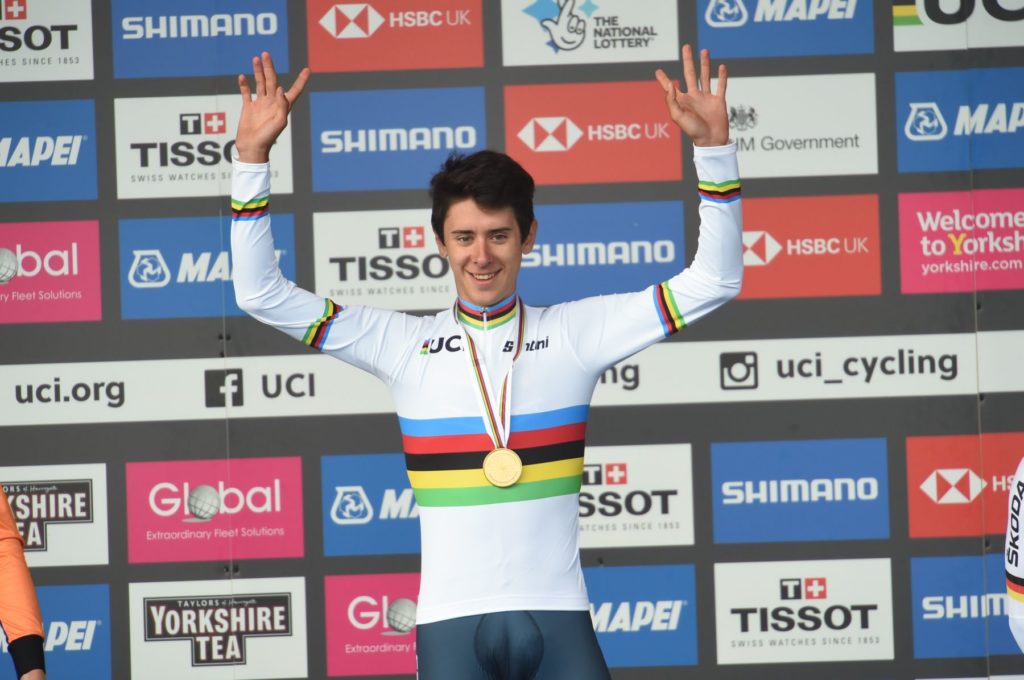 Tiberi earned the rainbow stripes after the mishap. Photo: Sirotti 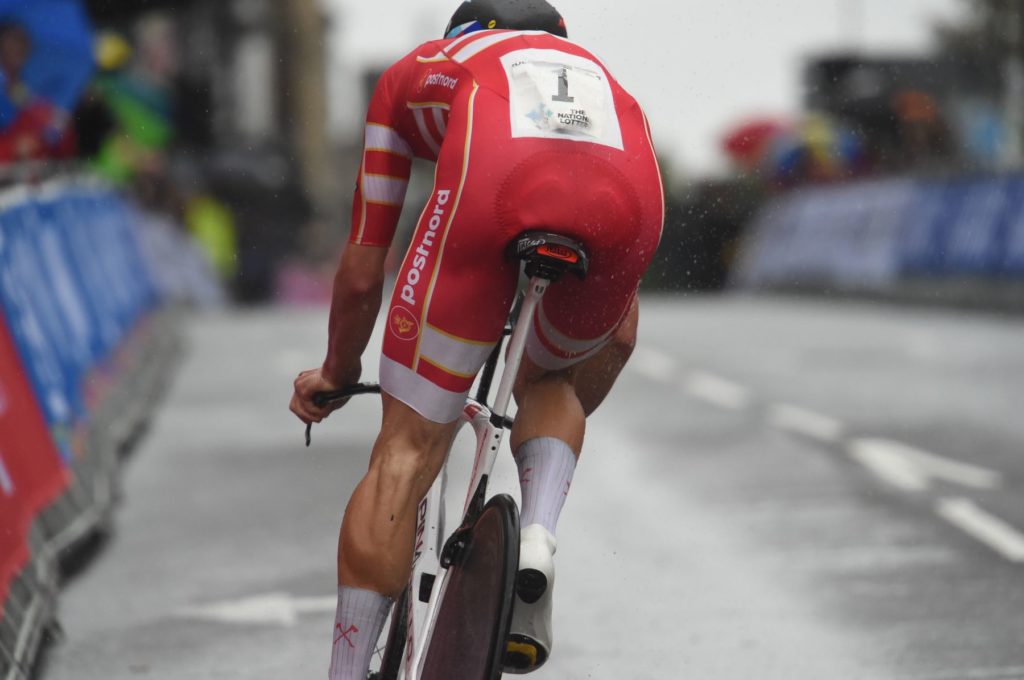 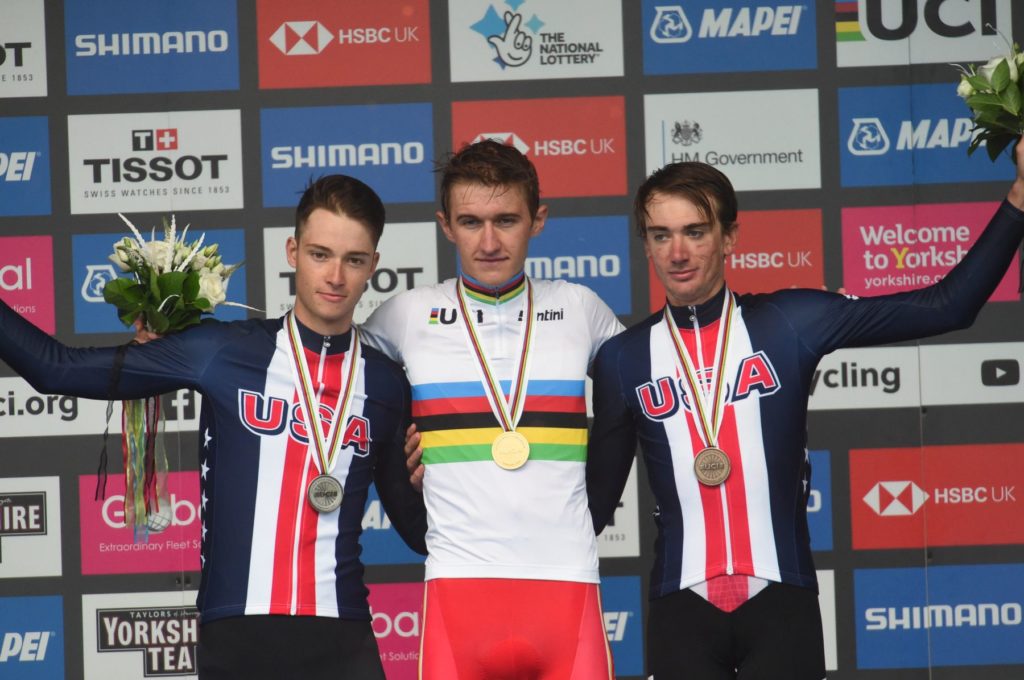 Bjerg was flanked by Ian Garrison and Brandon McNulty on the podium. Photo: Sirotti 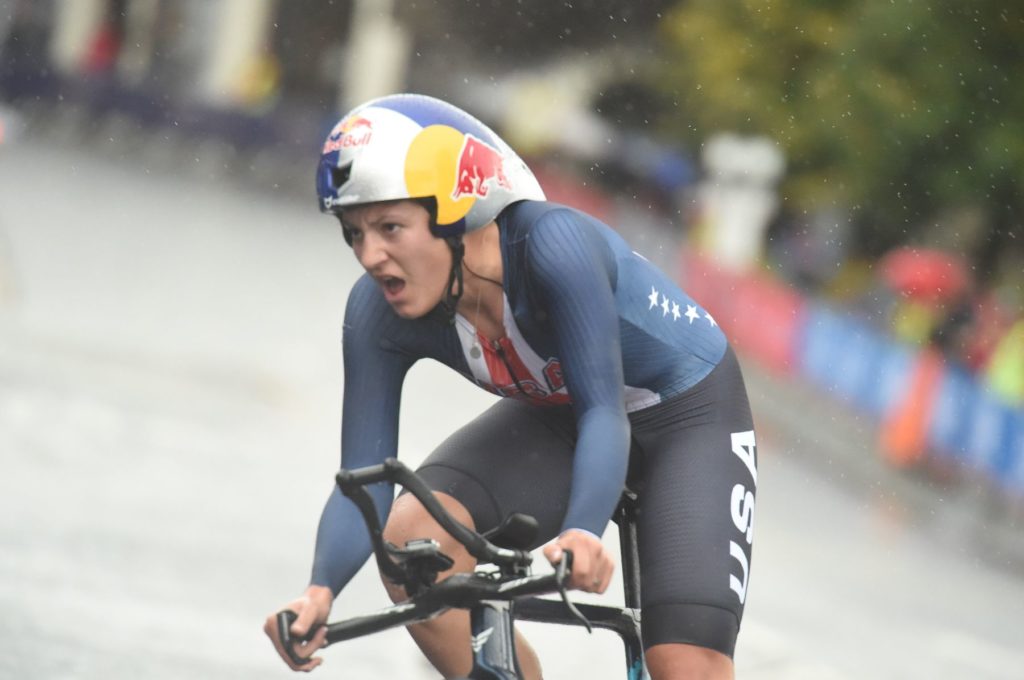 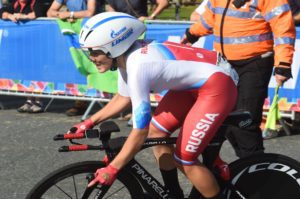 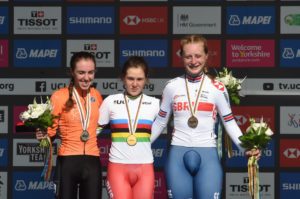 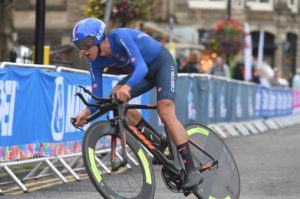 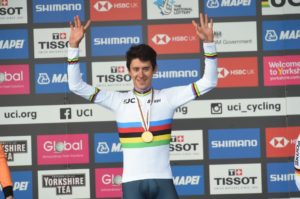 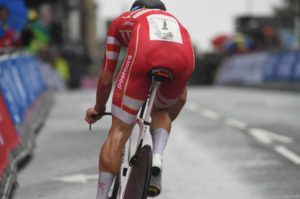 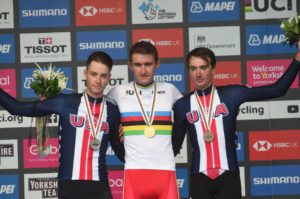 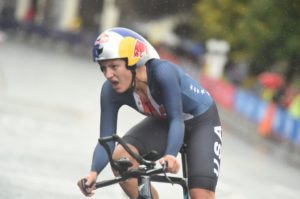 The women’s race was delayed but eventually got underway while the rain was still coming down. American Chloe Dygert-Owen absolutely torched the course on her way to winning her career first road ITT title having already claimed numerous on the boards. Karol-Ann Canuel took Canada’s best finish on the worlds so far crossing the line in 12th while Gillian Ellsay also represented Canada. The Dutch duo of Anna van der Breggen and Annemiek van Vleuten took silver and bronze respectively.