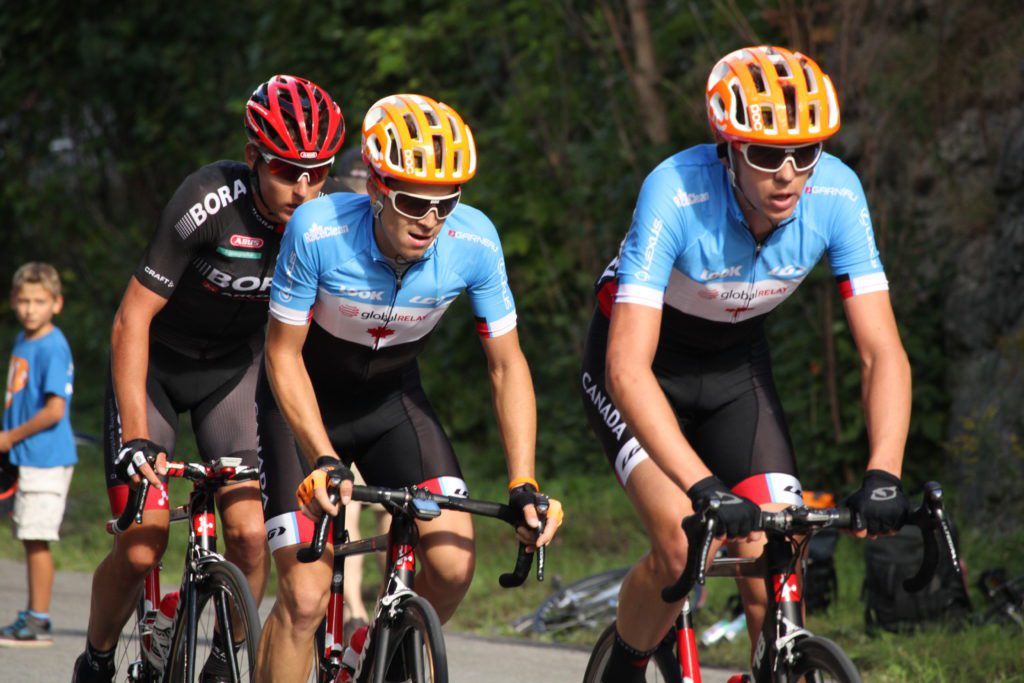 Ben Perry and Matteo Dal-Cin ride in the breakaway on Camillien-Houde in 2016. Photo: Philippe Tremblay 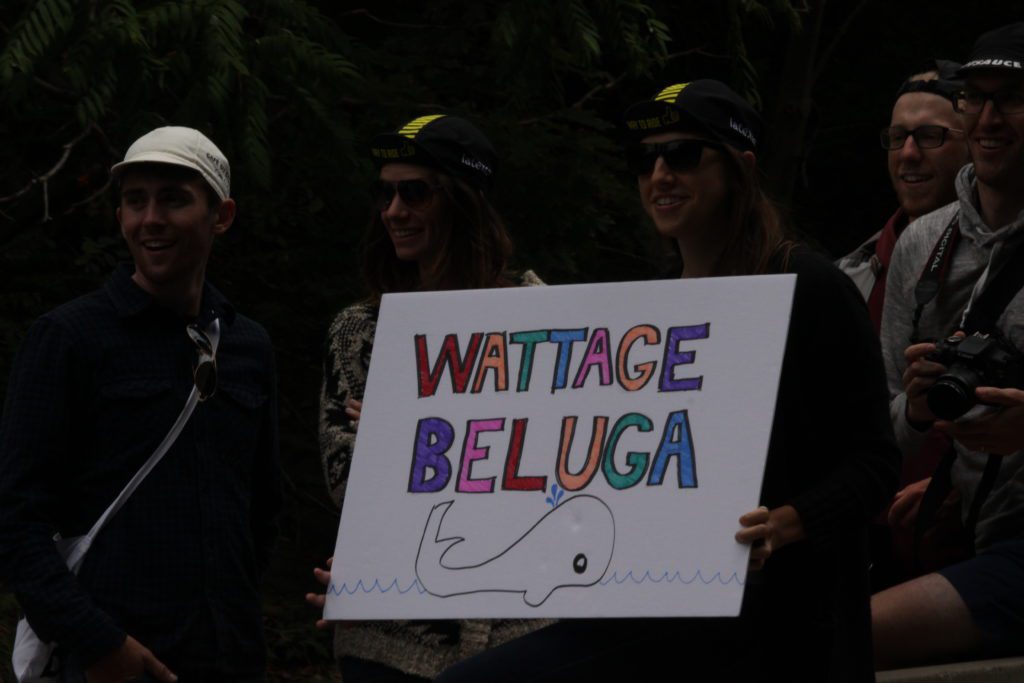 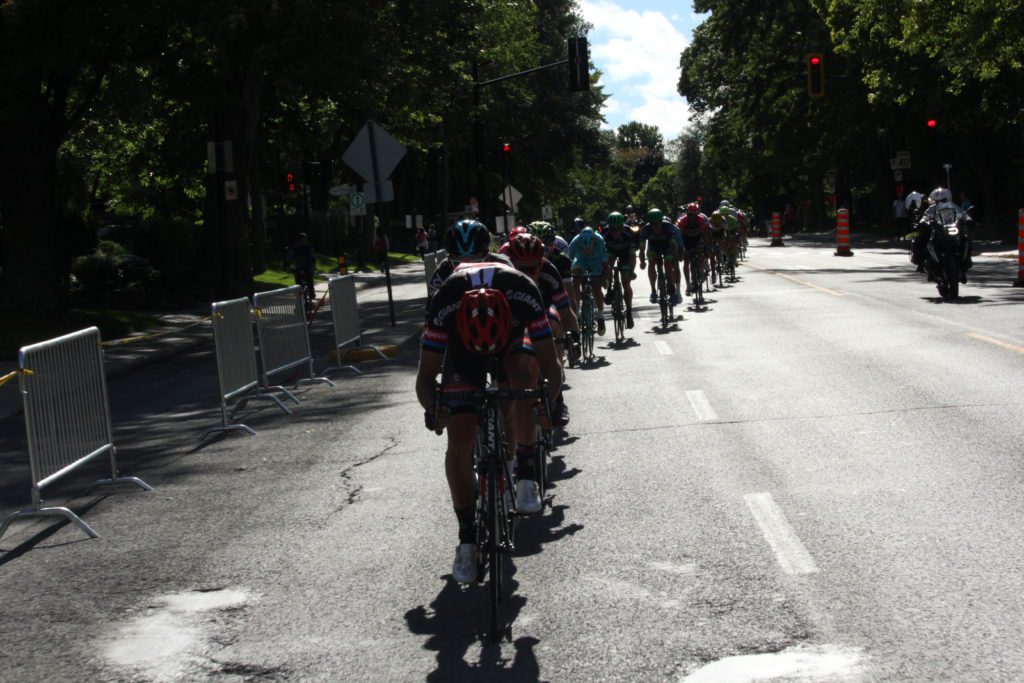 The peloton was lined out on the 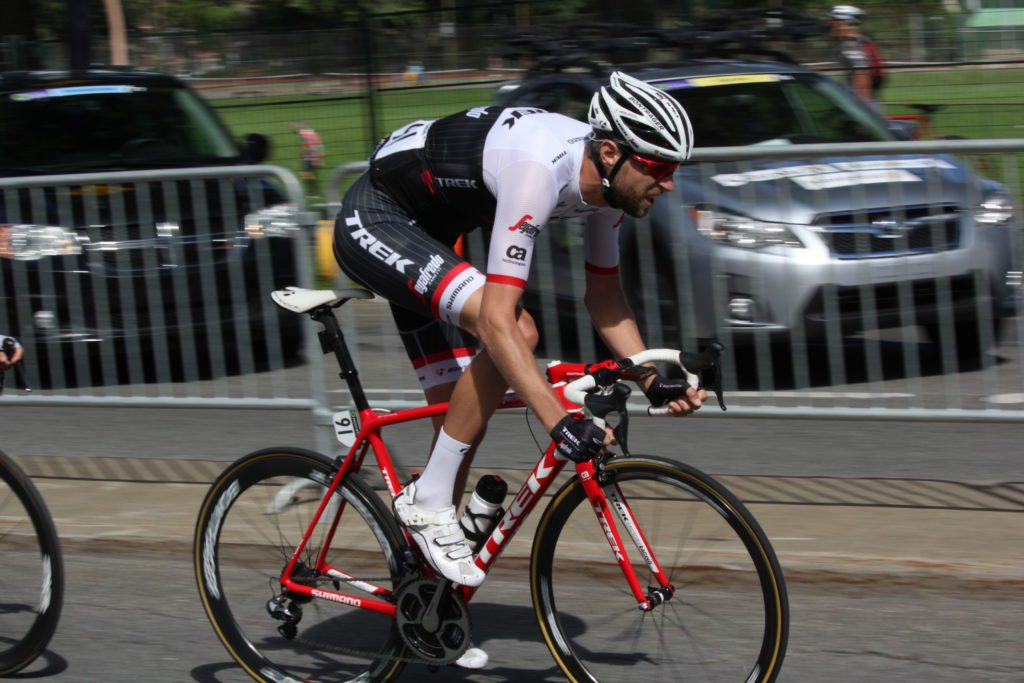 Ryder Hesjedal in his last race on Canadian soil 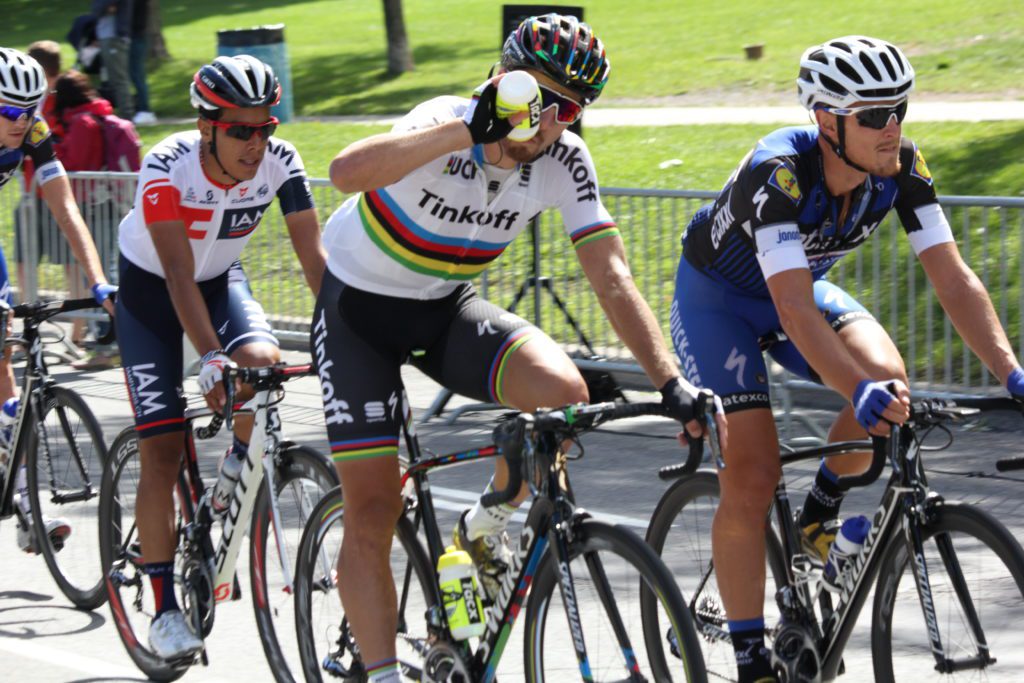 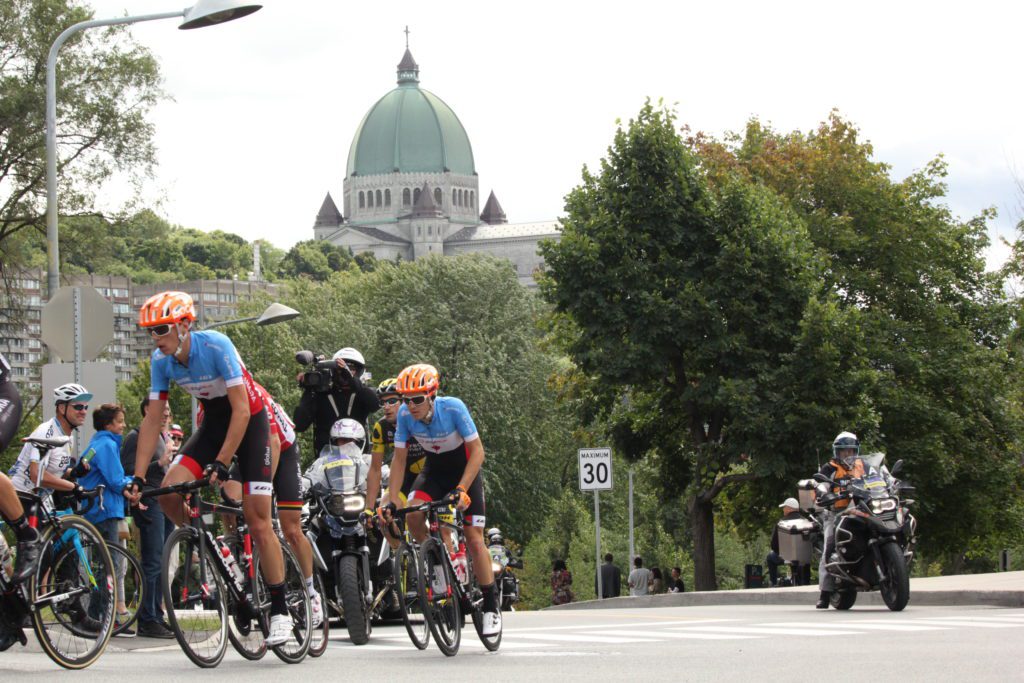 Saint-Joseph's Oratory was the backdrop on the short Polytechnique climb 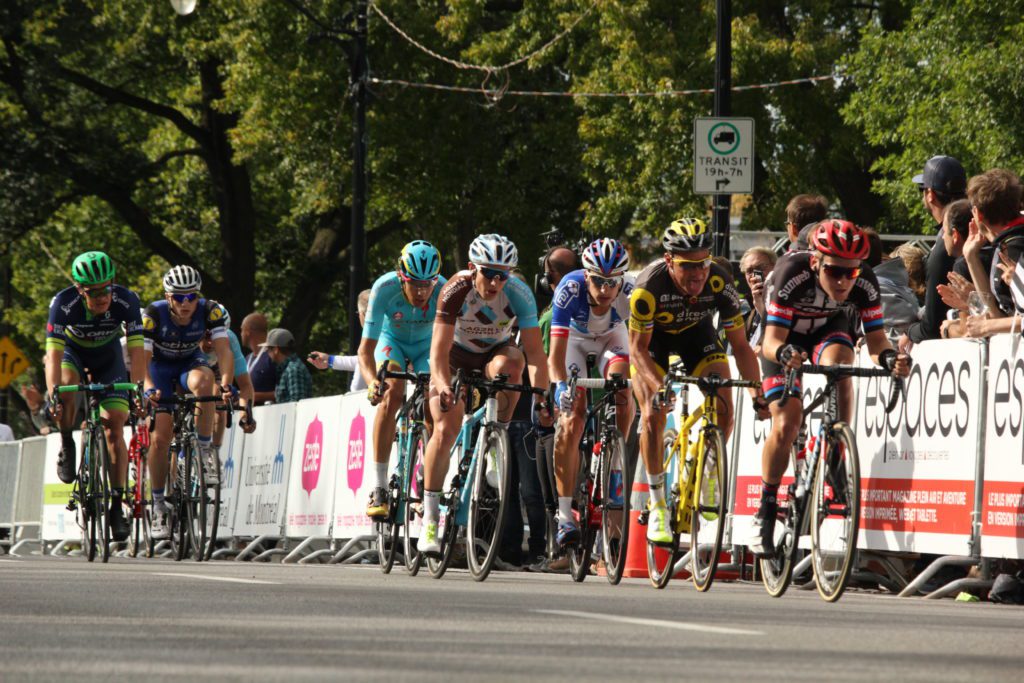 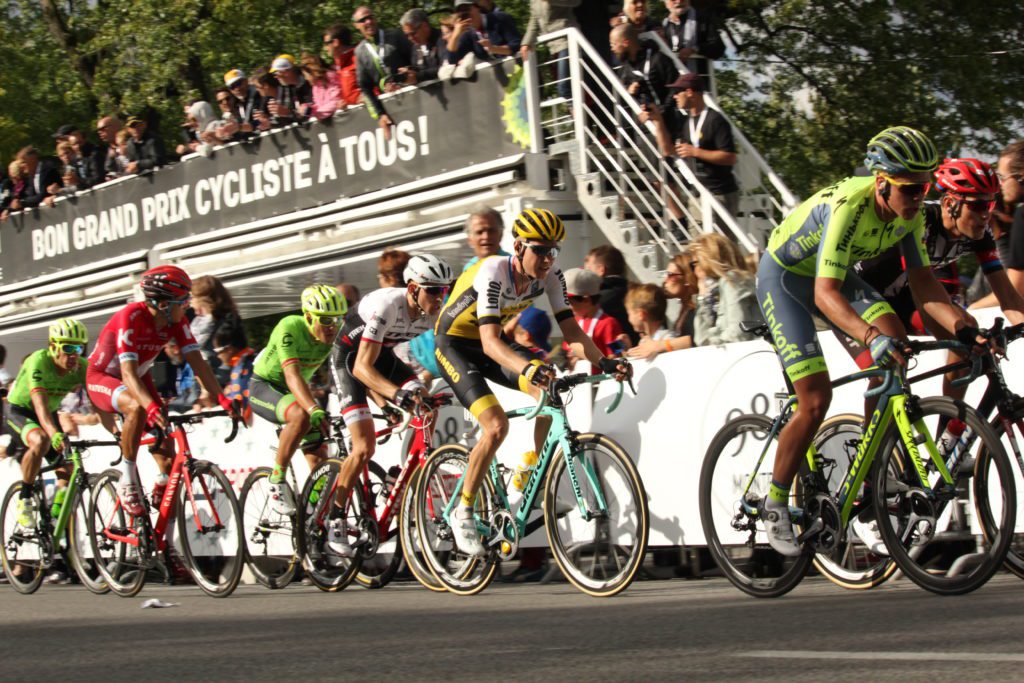 The peloton rolls through with one lap to go 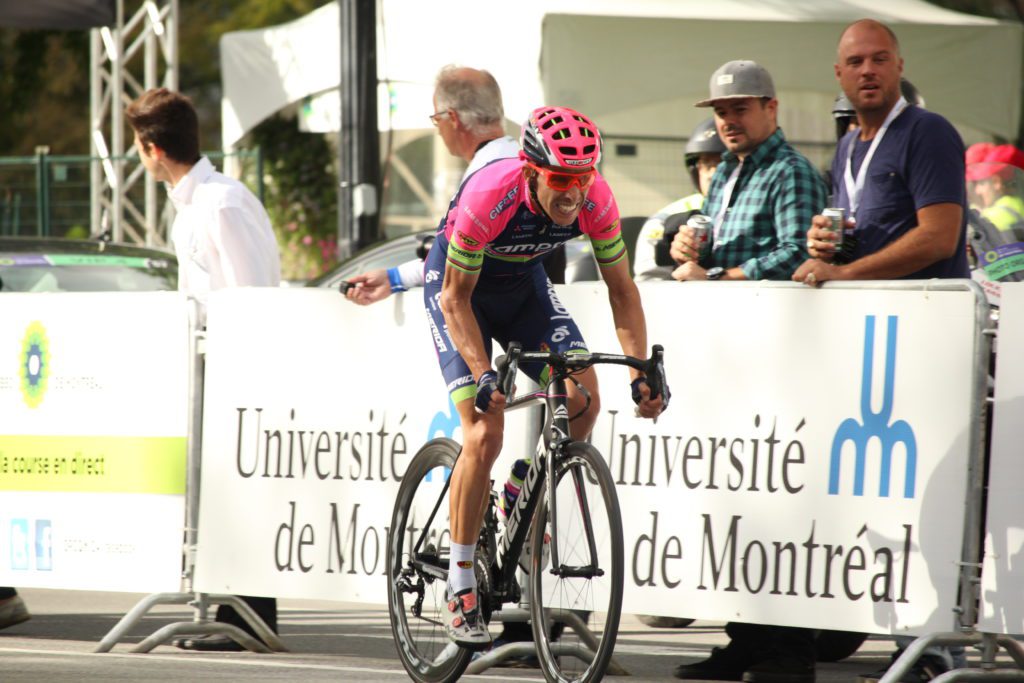 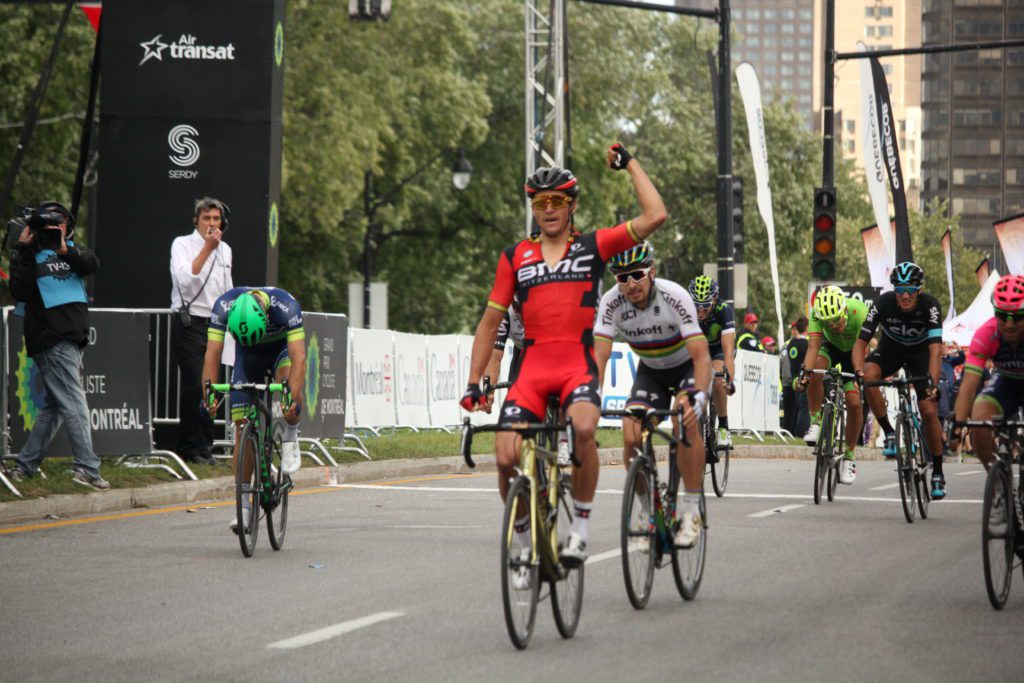 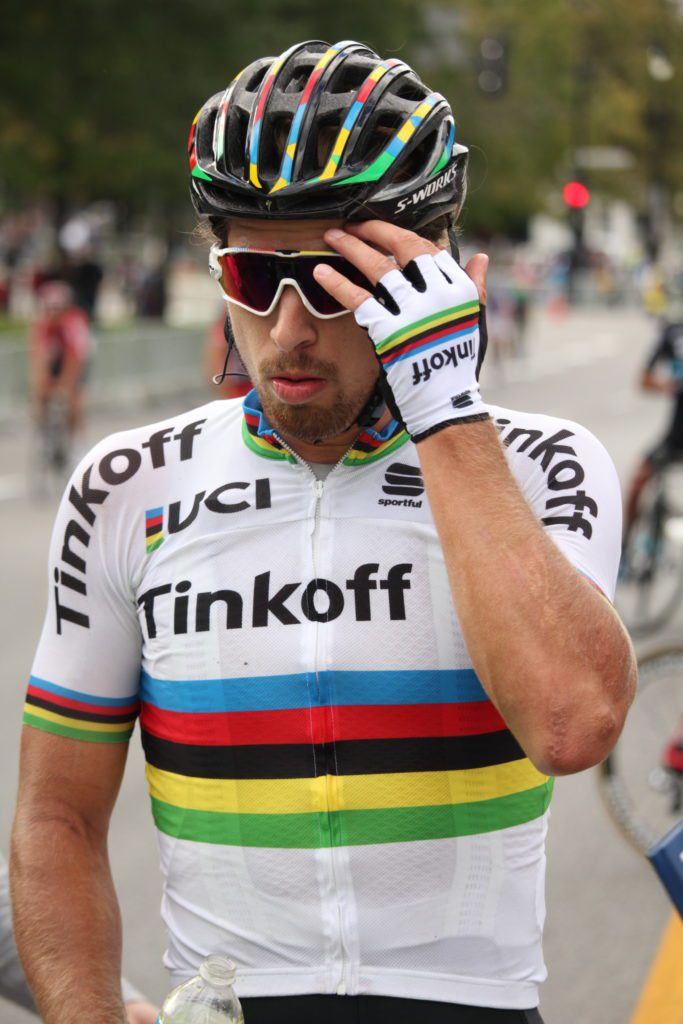 Peter Sagan composes himself at the finish line 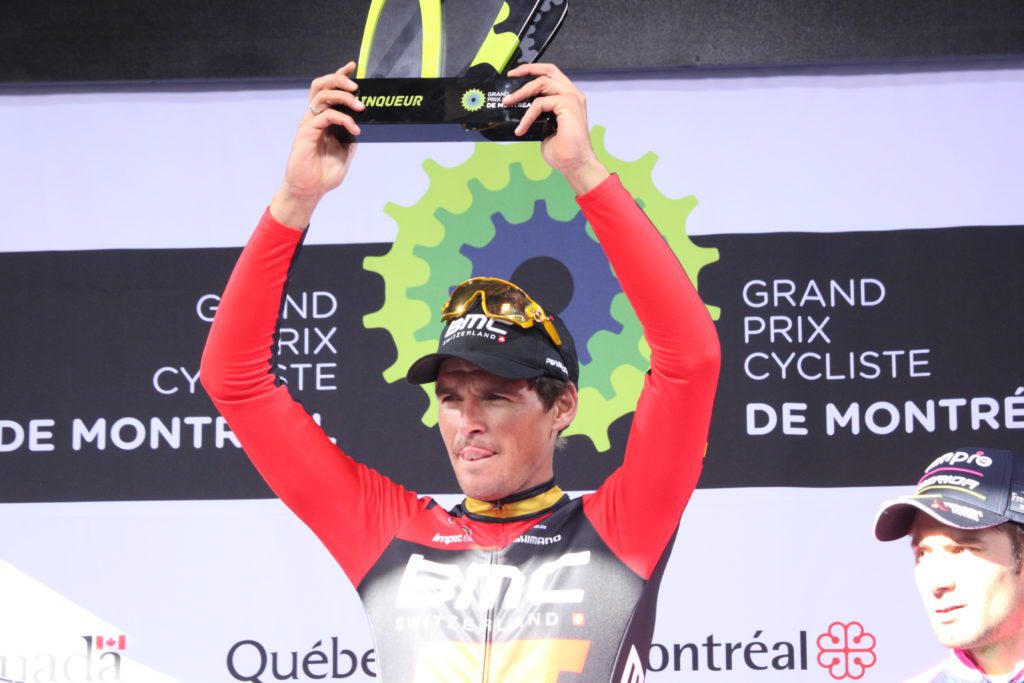 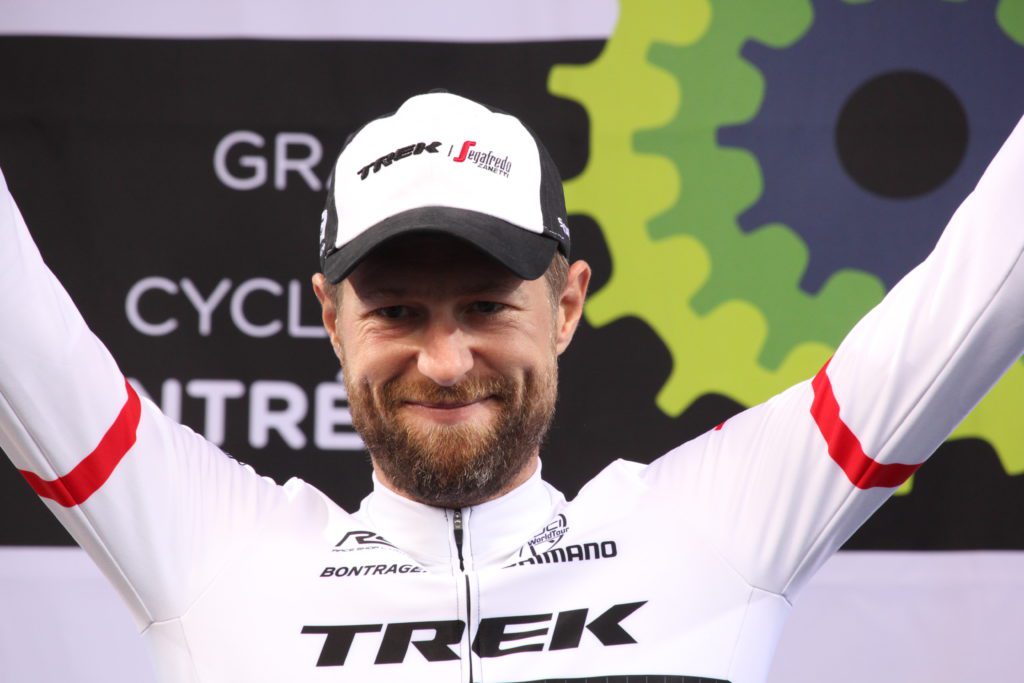 Hesjedal was pleased with his performance as top Canadian 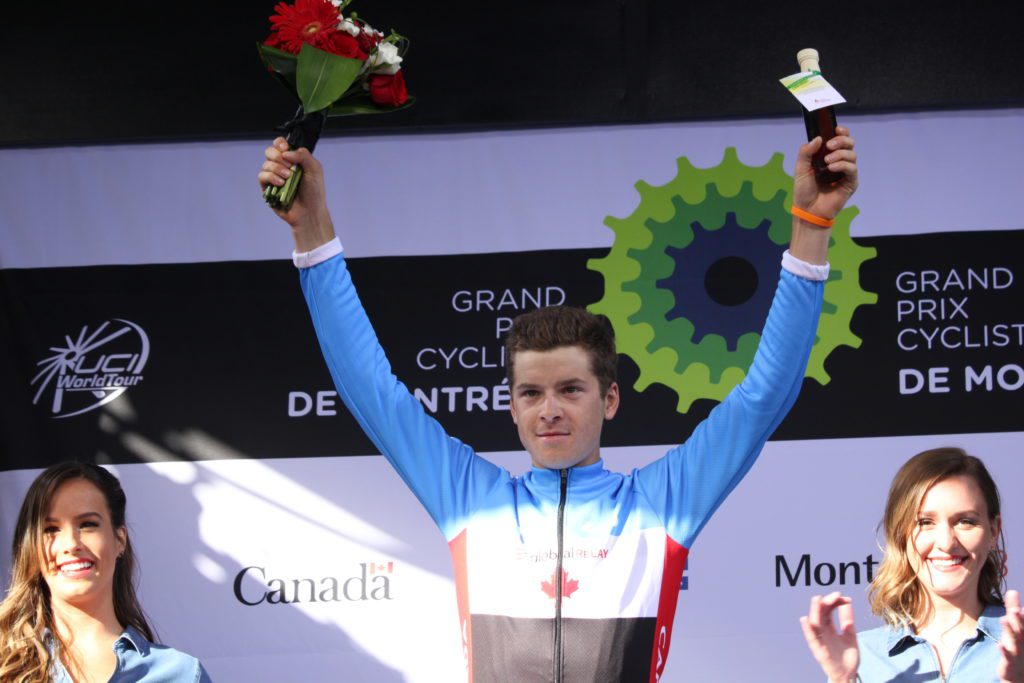 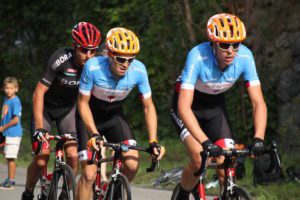 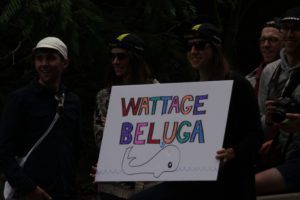 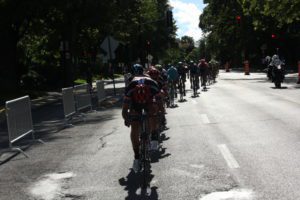 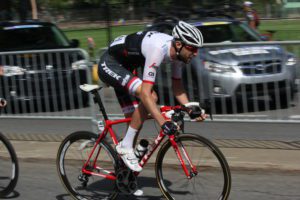 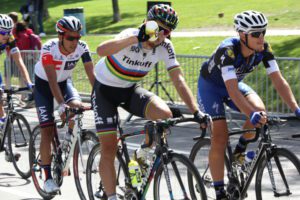 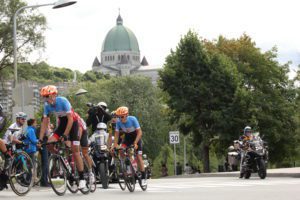 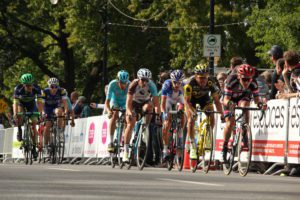 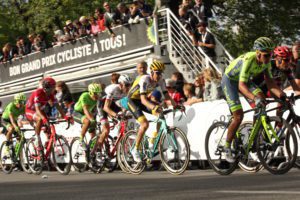 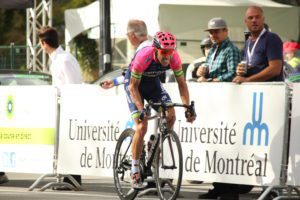 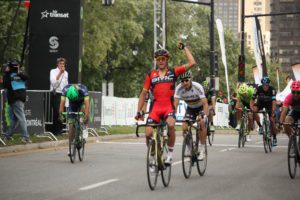 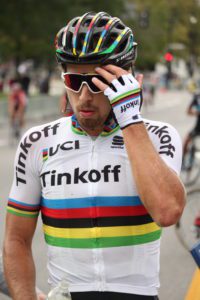 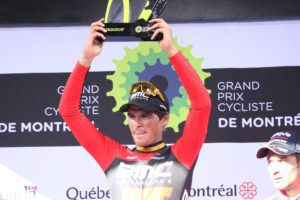 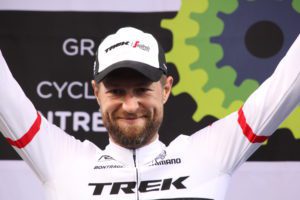 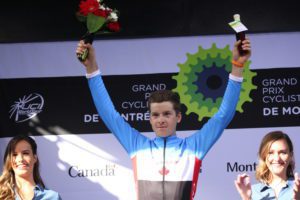 After sprinting to victory it was no surprise to hear Van Avermaet say he was pleased with his performance in the pair of WorldTour races on Canadian soil. “I came here many times and I had not managed to win yet. I’m very happy I’ve done it,” said the Olympic champion. “For many years I was the guy who didn’t quite make it and now I’ve won all those great races. I hope I can continue like this and win races like Flanders or Paris-Roubaix.”

The impressive dual in Canada between the world champion and Olympic champion should however not overshadow the impressive riding Team Canada did on home soil. After Nicolas Masbourian flew the flag for Canada in the breakaway in Quebec City, his Silber Pro Cycling teammates of Matteo Dal-Cin and Benjamin Perry rode out front for 170-km in front of home crowds in Montreal. Perry rode extremely well and was rewarded with the mountains classification win but he said his teammate, Dal-Cin was the strongest rider in the breakaway. “He really kept us away, without him riding at the front we would have probably been caught a lap earlier,” said Perry who benefited from his teammates work as he accumulated KOM points throughout the race.

In his third appearance in the Canadian WorldTour one-day races, Perry made the most of his opportunity to confirm he is developing into a world class rider. “It was my first WorldTour breakaway and it was really fun. The atmosphere with the fans here is really, really good,” said a very pleased Perry whose parents were in the crowd to watch their son race. “This is my third time doing this race. This is what I expected of myself, I wanted to make the break and finish. To get the KOM jersey was amazing.”

Perry is under-23 Canadian champion and one of the top riders in the country. Racing at the WorldTour level is the best stage to demonstrate that the 22-year old is a rider to watch for years to come. “A lot of Canadians don’t get the chance to race at this level unless they are on a pro-continental or WorldTour team so I really needed to make the most of it. This is a good sign for the future. The podium had the Olympic champion and world champion on it so you know it’s a competitive field here. It’s a good sign for the future.”

Ryder Hesjedal was the top Canadian and was pleased with his ride. “I’m the one who launched the big battle on Camillien Houde today. Unfortunately, it didn’t work but when you see the riders here on the podium, there was not much we could do,” said Hesjedal in his final Canadian race before he retires. “I really wanted to finish well in this race I like and with my Trek-Segafredo teammates, we tried to toughen the race in the last lap. I won’t say I was expecting more. I’m the best Canadian today and it’s not so bad.” Canada’s only grand tour winner finished on the podium in 2013 and 2011.