The Canadian national road championships began on Friday with the individual time trials on a warm sunny day in Saint-Prosper in Quebec’s Beauce region. Leah Kirchmann was out to defend her 2018 championship title while Svein Tuft lined up again for a shot at his 12th ITT title. 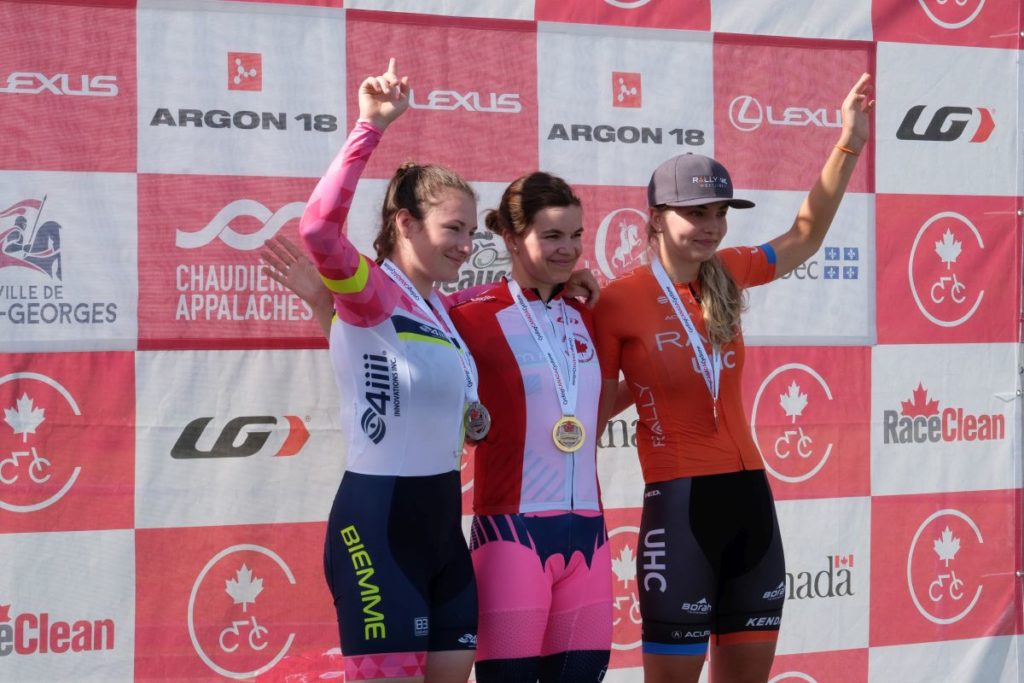 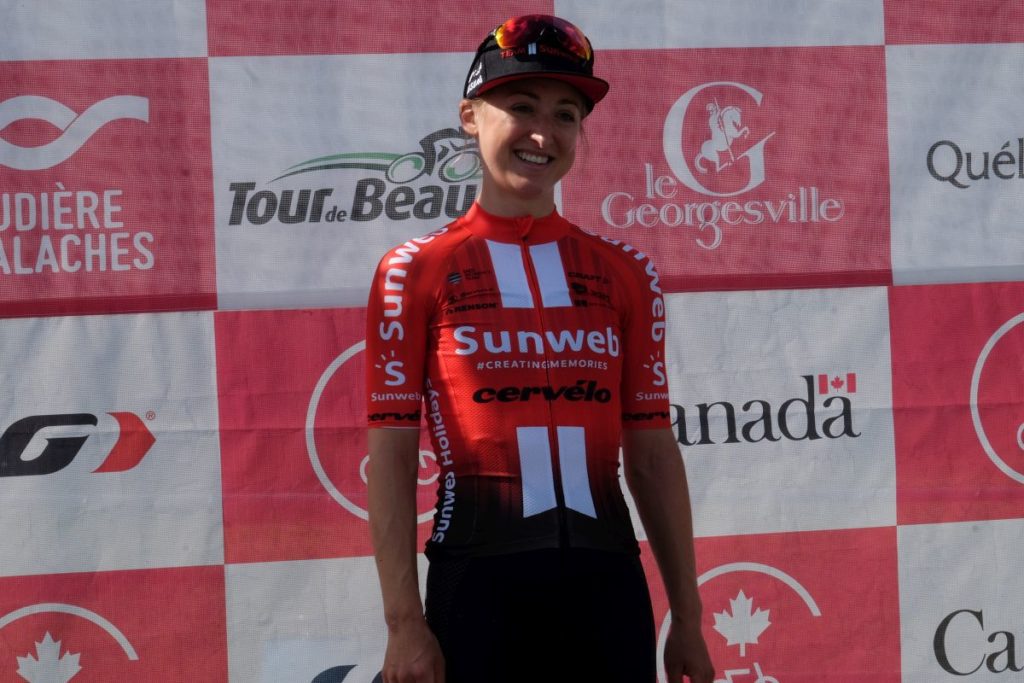 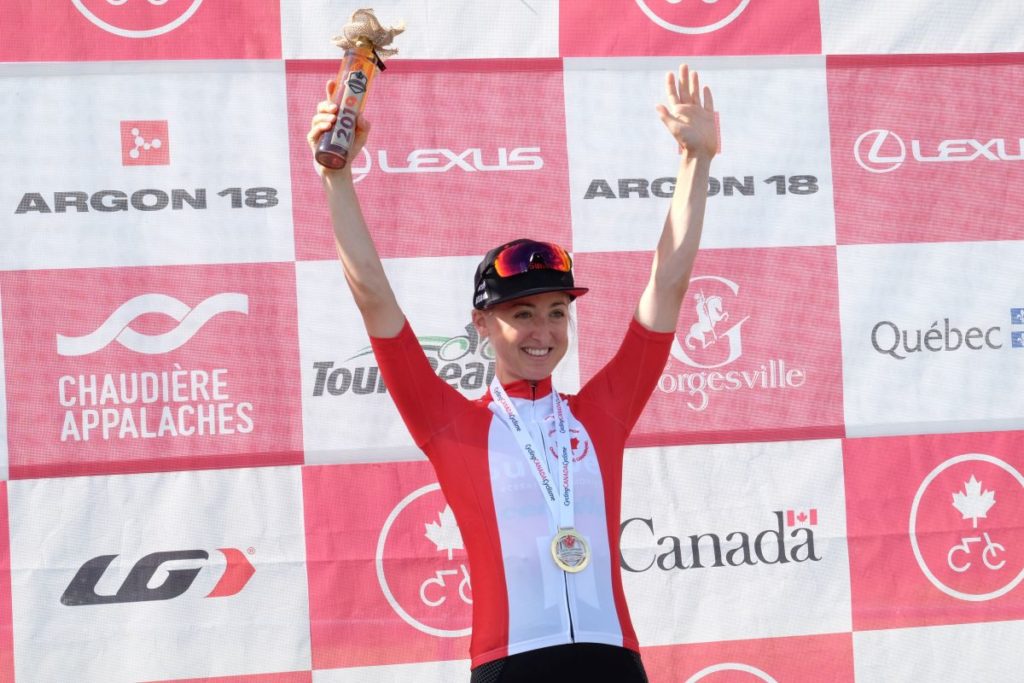 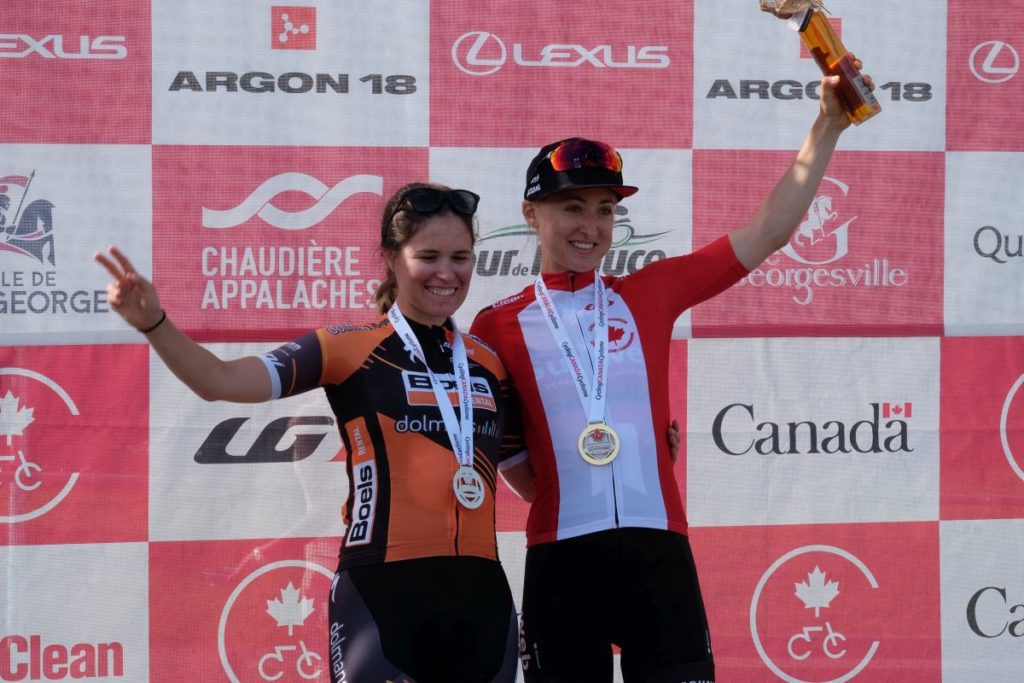 Karol-Ann Canuel was runner-up to Kirchmann. 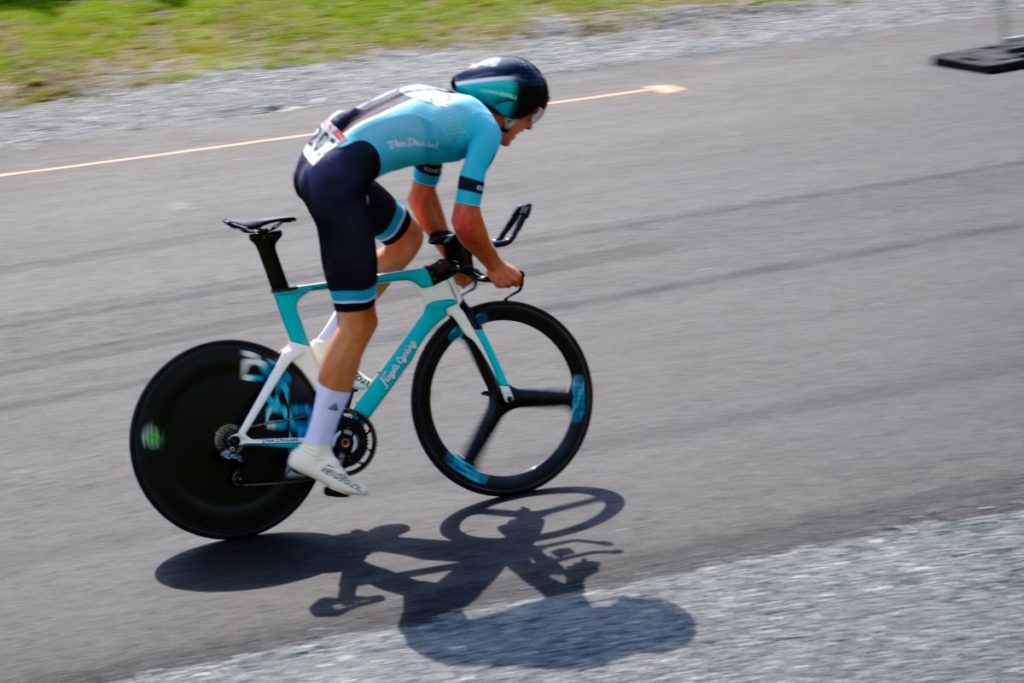 Nick Zukowsky, winner of the Tour de Saguenay, comes in for third in the U23 men's race. 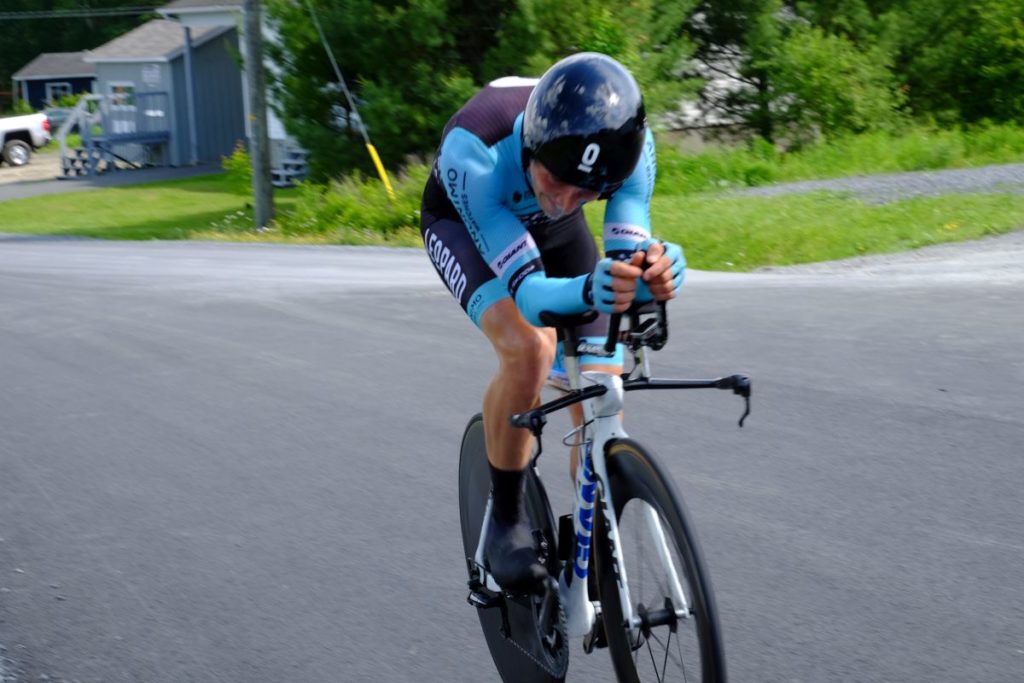 Jack Burke in the ITT. 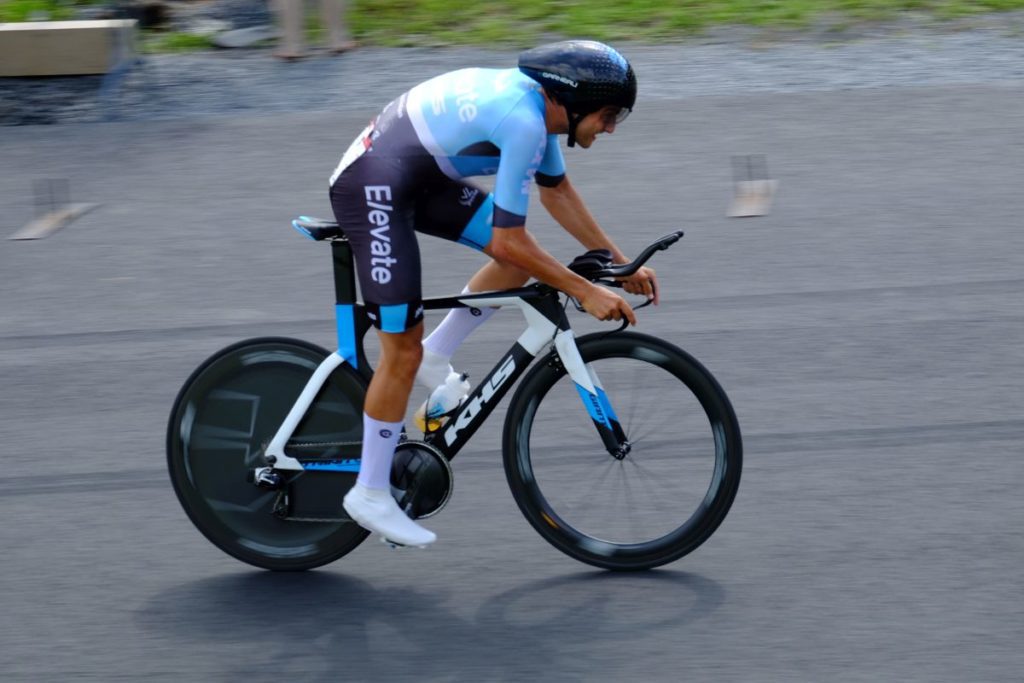 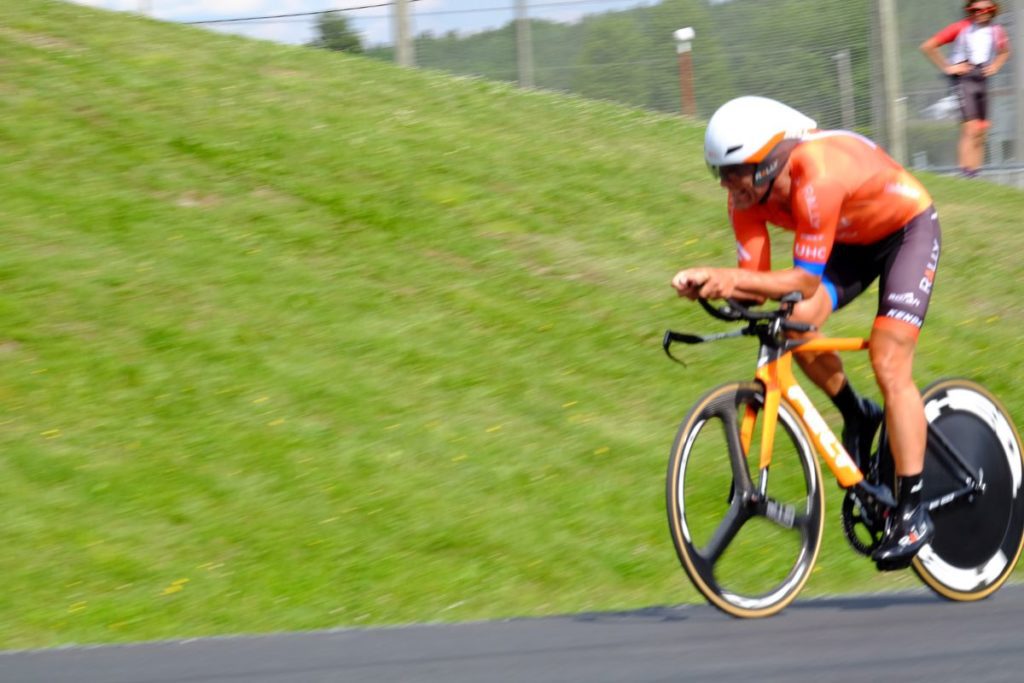 Svein Tuft was looking for a 12th Canadian title. 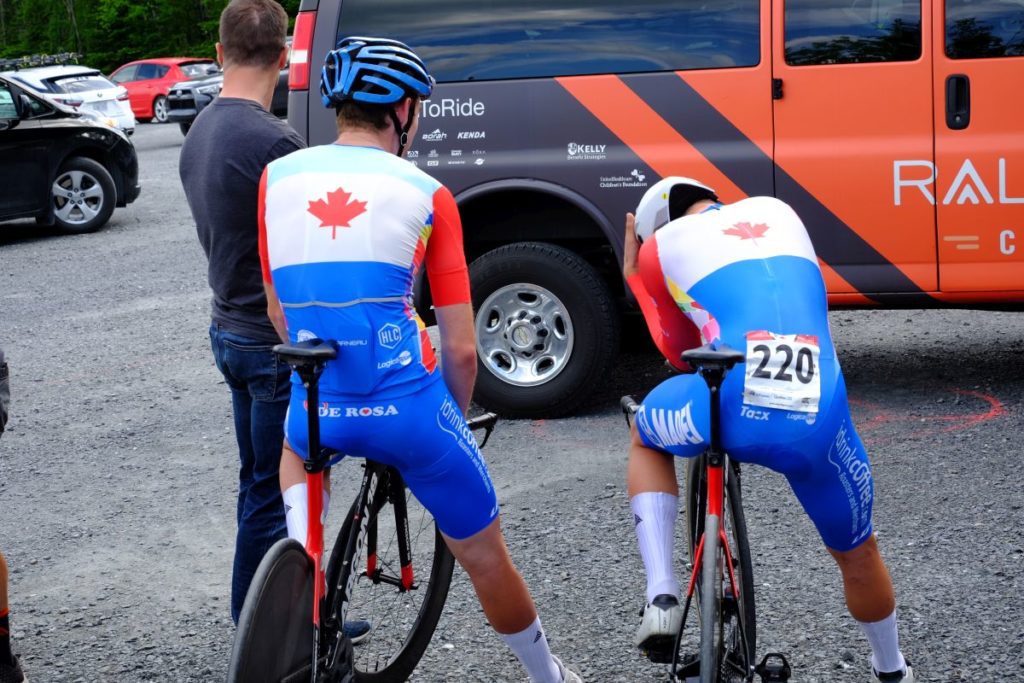 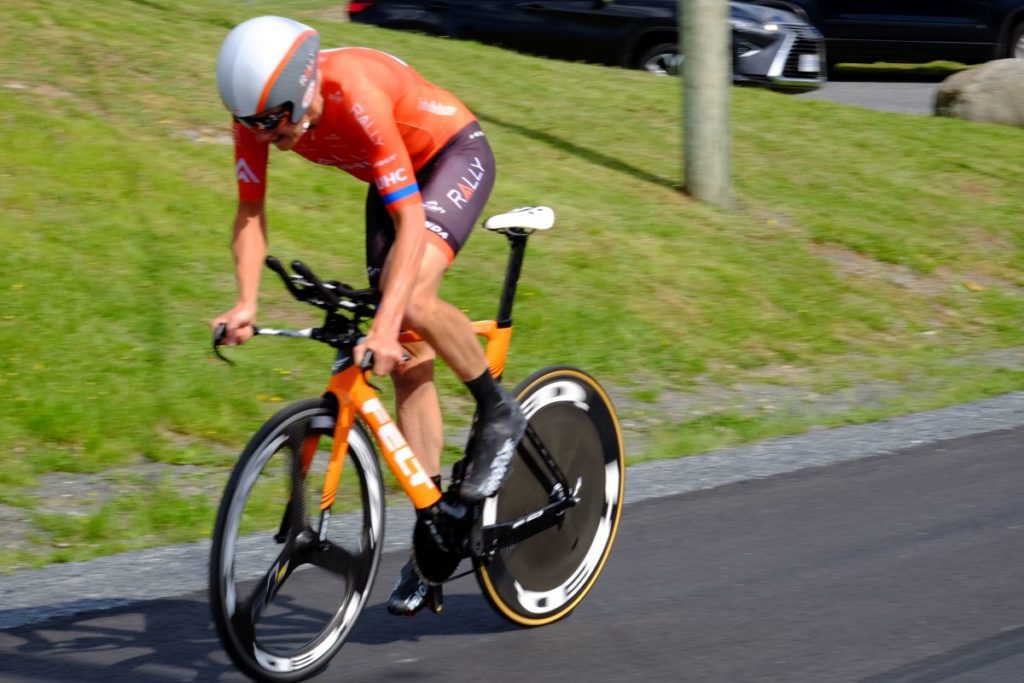 Rob Britton on his way to his first Canadian nationals title. 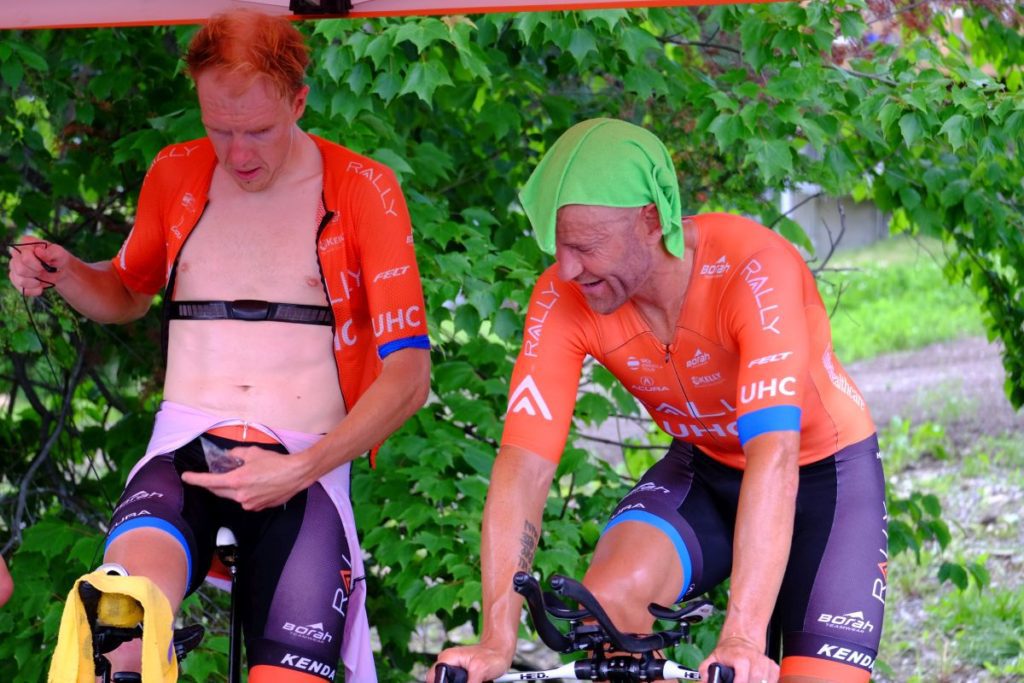 Britton and Tuft unwind after a hard ride on a hot day. 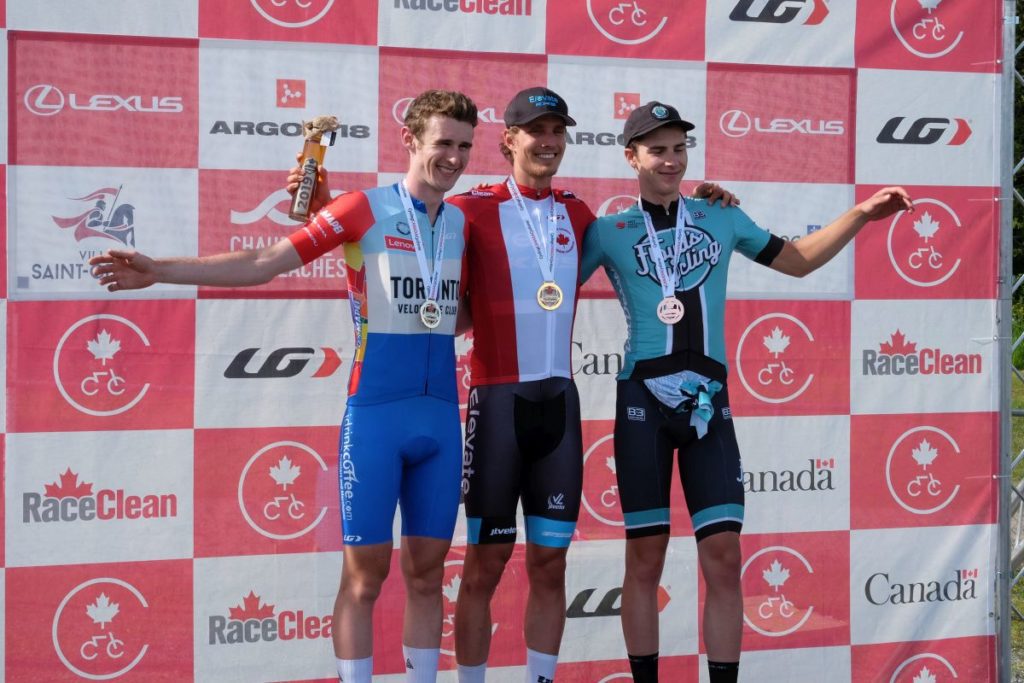 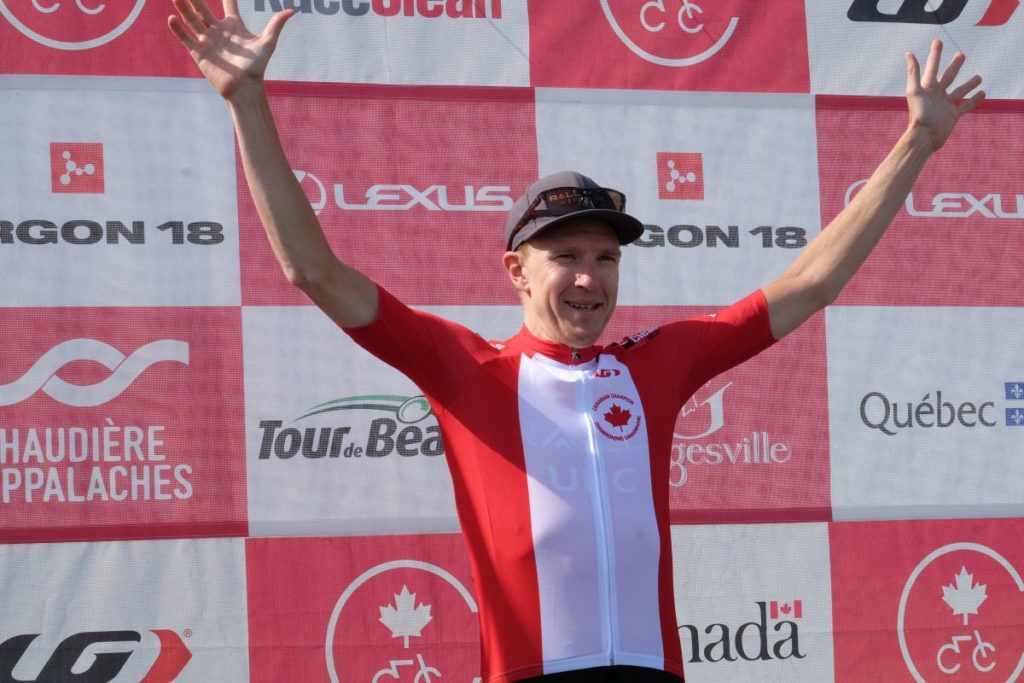 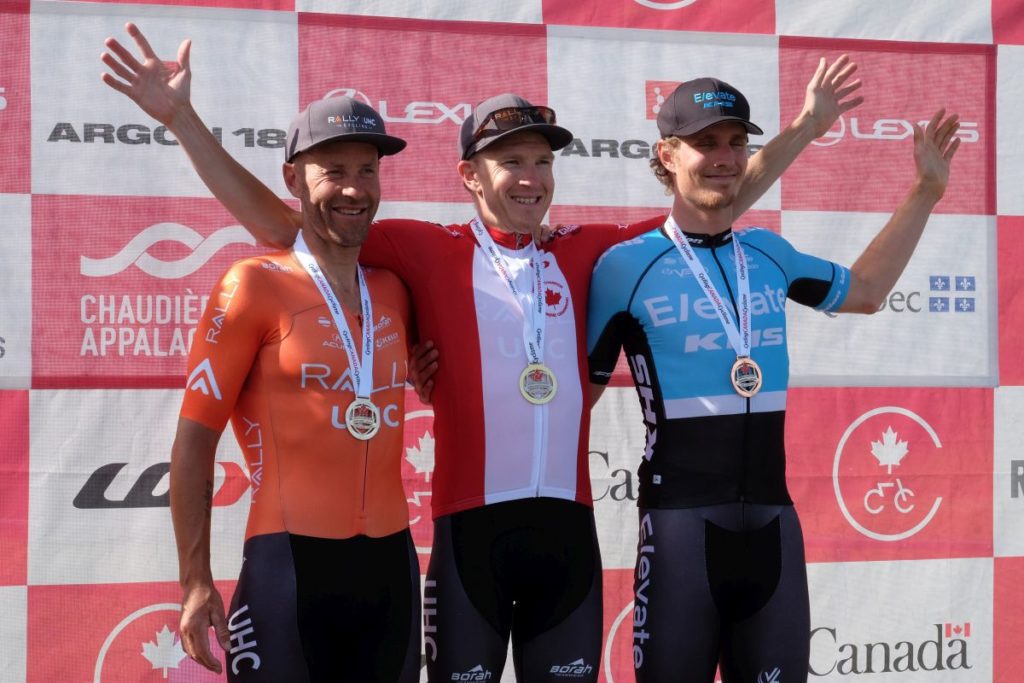 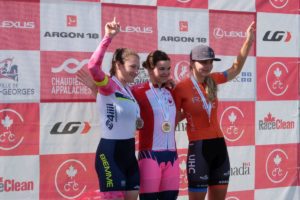 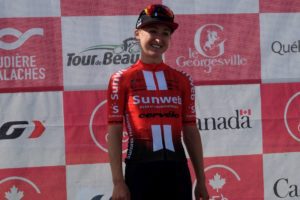 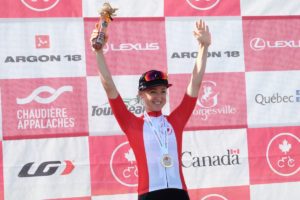 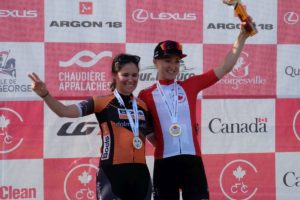 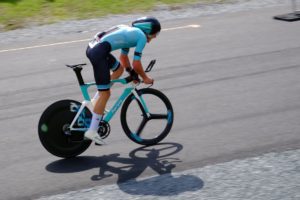 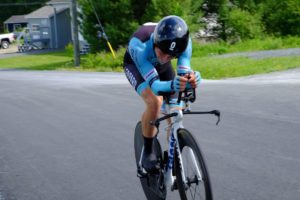 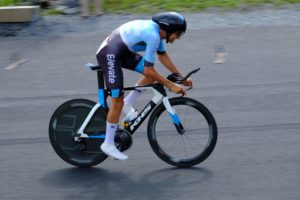 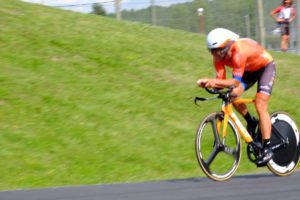 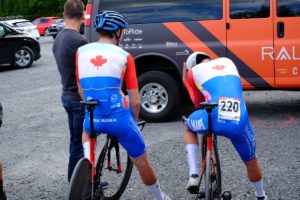 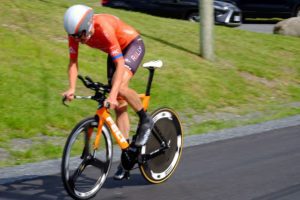 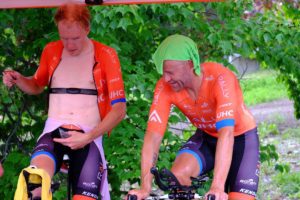 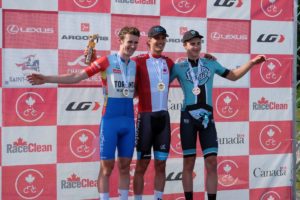 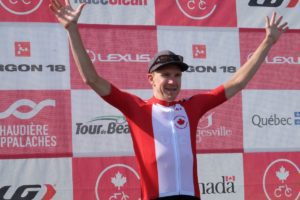 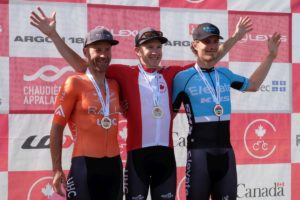 Kirchmann was the favourite and delivered a strong performance winning ahead of Karol-Ann Canuel (Boels-Dolmans) and Marie-Soleil Blais (Astana).

“I am really happy to take my third-time trial national championship title,” Kirchmann said in a Team Sunweb press release. “I paced it very hard in the first five kilometres, maybe a bit too fast, but then I found a good rhythm and could hold a fast pace for the rest of the course. I could see Karol Ann ahead of me on the last climb and really gave everything from there until the line. I was thinking of my mom during the race, because I wanted to give her a nice birthday present!”

Tuft, at 42-years-old, was riding to continue to build the legend with a chance to clinch his 12th ITT and 13th career Canadian title. It was teammate and fellow veteran Rob Britton who sealed the win by 14-seconds ahead of Tuft. In third, Adam Roberge (Elevate-KHS) crossed the line and sealed his third under-23 Canadian men’s ITT title. It was Tuft’s 17th career national ITT podium and Britton’s first national title.

“I haven’t ridden my time trial bike that much, so to come here and have this ride today and to beat Svein who’s obviously a legend in his own right is amazing. It was brutal out there today, so my plan was just to go all out in the first and last 8 kilometres and just try not to break my rhythm too much.”

In the women’s U23 race, Olivia Baril (SAS-Mazda-Magocegep) took the win ahead of Laurie Jussaume (The Cyclery) and Gillian Ellsay (Rally-UHC). In the junior races, Jacob Rubuliak won the men’s race ahead of Tristan Jussaume and U-17 rider Dylan Bibic. In the junior women’s race, Magdeleine Vallieres won ahead of Camille Primeau and Emily Johnston.

The Canadian championships continue on Saturday with the junior men’s and elite women’s road races. On Sunday, the junior women and elite men race on the course that leaves Saint-George before tackling a loop in Saint-Odilion that is reminiscent of what is often the first stage of the Tour de Beauce.