Despite an increase in COVID cases in France, the Tour de France kicked off in Nice this weekend. Organizers are taking big safety precautions to minimize any unnecessary contact between riders, staff and fans. Hugo Houle told FloBikes before the race: “we need to be smart and careful with COVID,” and, thus far, it seems like everyone has been respecting mask and distance requirements.

RELATED: How to watch the Tour de France in Canada

The fans who normally line the streets, were greatly reduced in number. A rainy first day in Nice was filled with crashes, one of which took out Bahrain McLaren’s Rafael Valls for the season with a fractured femur. Ultimately, UAE-Emirates’ Alexander Kristoff fought through the pack to grab his fourth Tour de France stage win on Saturday.

The second stage had much less dramatic weather and much more elevation, as riders enjoyed a warm and sunny Nice day. Julian Alaphilippe took the yellow jersey from Kristoff in a dramatic final sprint between himself, Marc Hirschi of Team Sunweb and Mitchelton-Scott’s Adam Yates, just barely holding off the peloton. Alaphilippe’s victory was emotional, as he pointed to the sky and dedicated the win to his late father, who passed away four months ago. 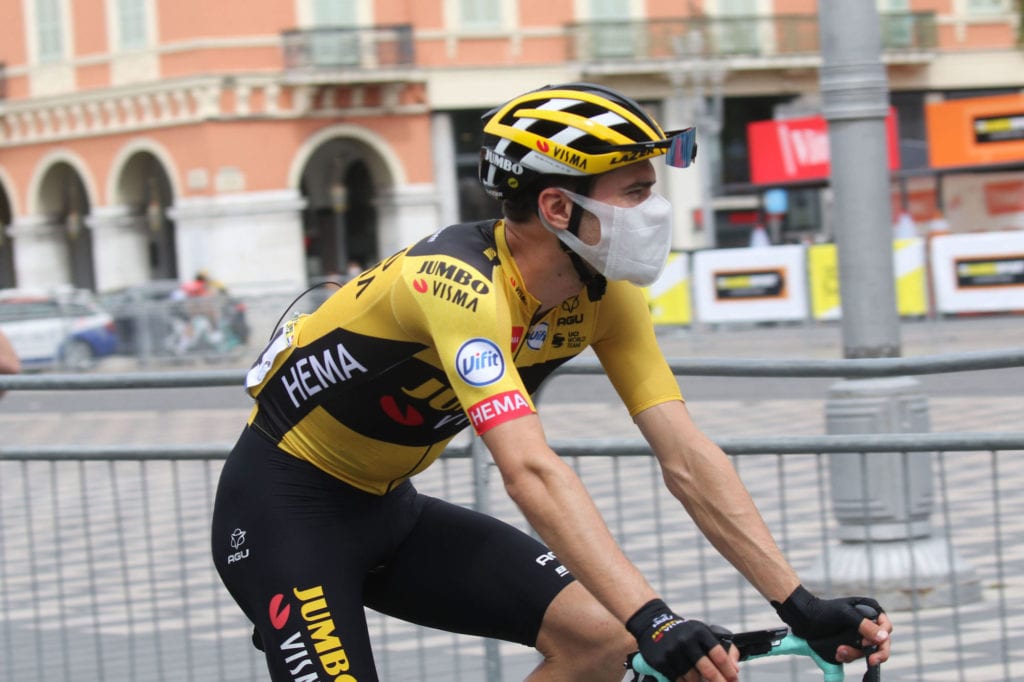 Tom Dumoulin focused on staying safe before, and during a hectic first stage. Photo: Sirotti 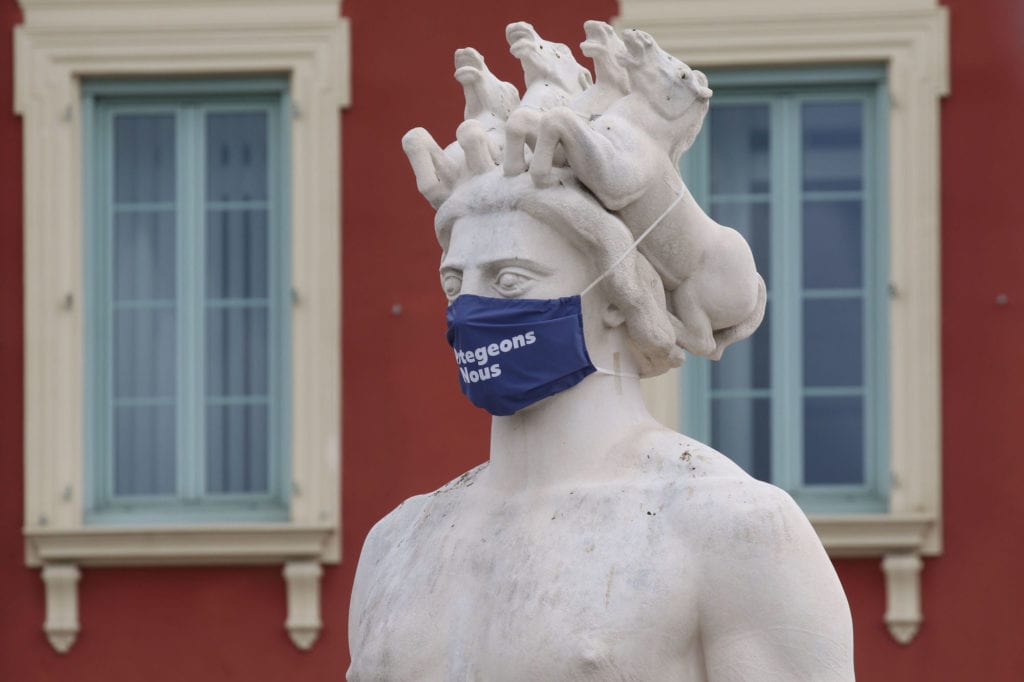 Even the local statues are following COVID guidelines. Photo: Sirotti 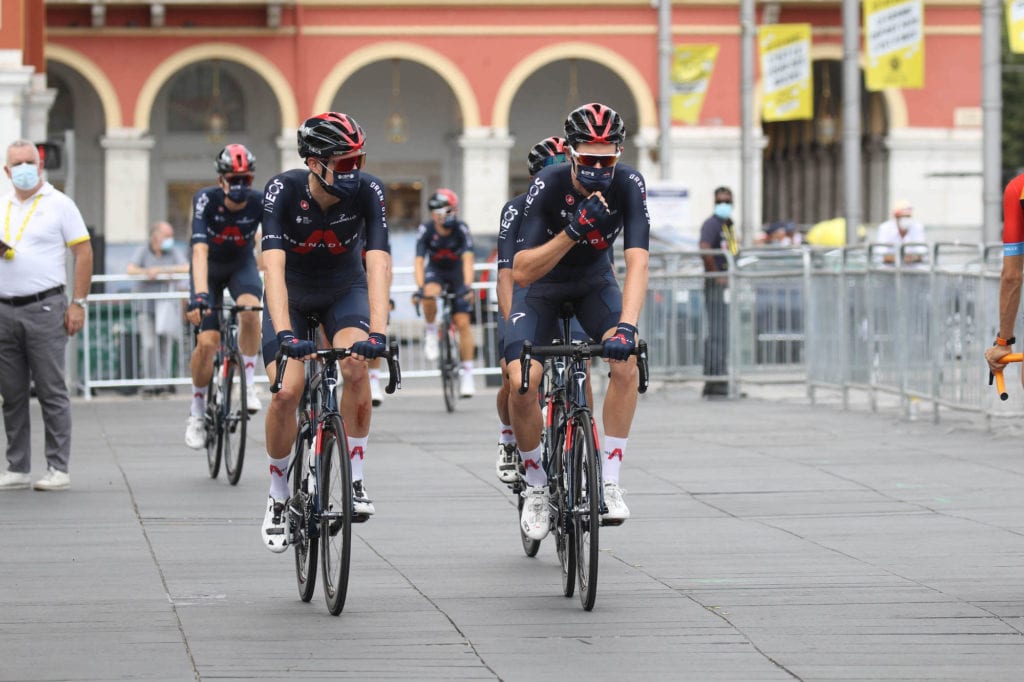 Ineos Grenadiers roll up to the start line in formation. Photo: Sirotti.

Alexander Kristoff takes the sprint, and the yellow jersey on day one. Photo: Sirotti 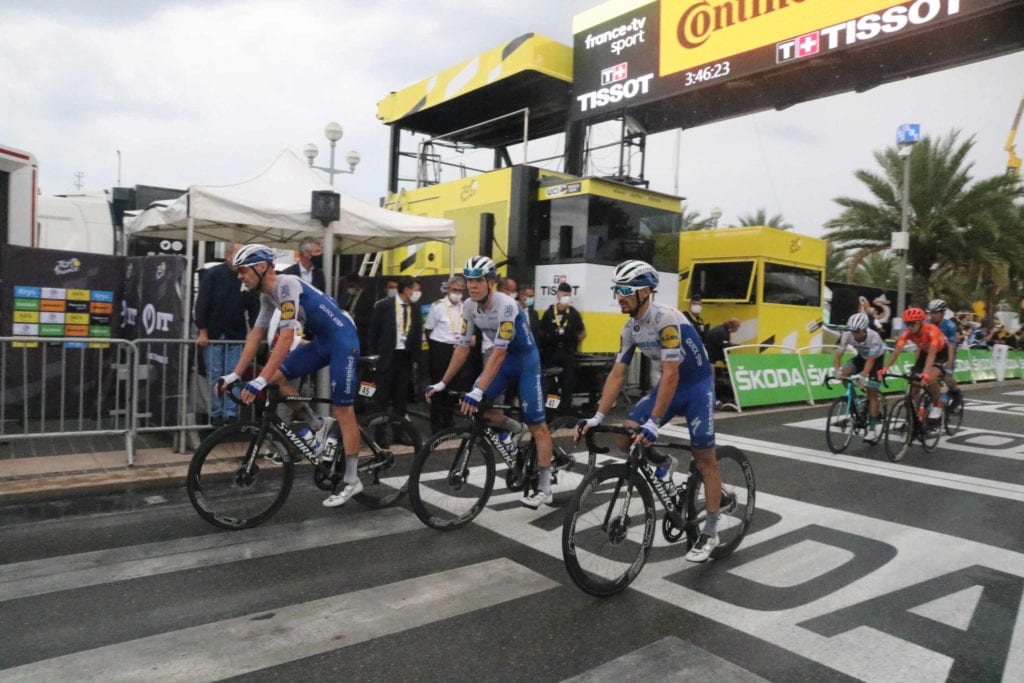 Decuninck Quick-Step riders roll across the finish after an eventful day 1. Photo: Sirotti 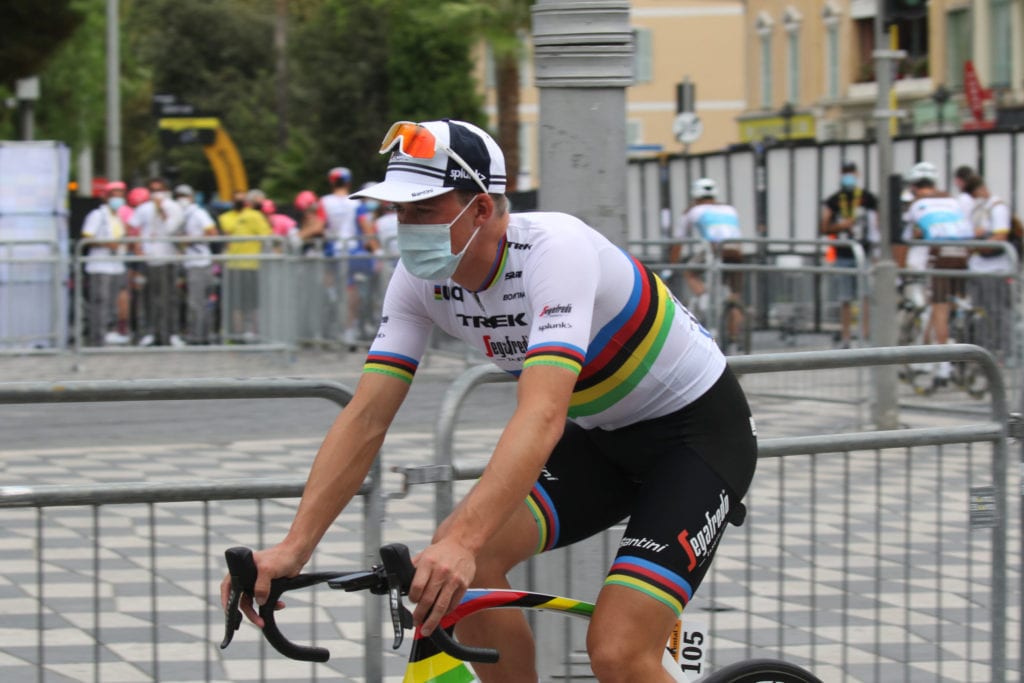 Mads Pedersen rolls up to the start in Nice. Photo: Sirotti 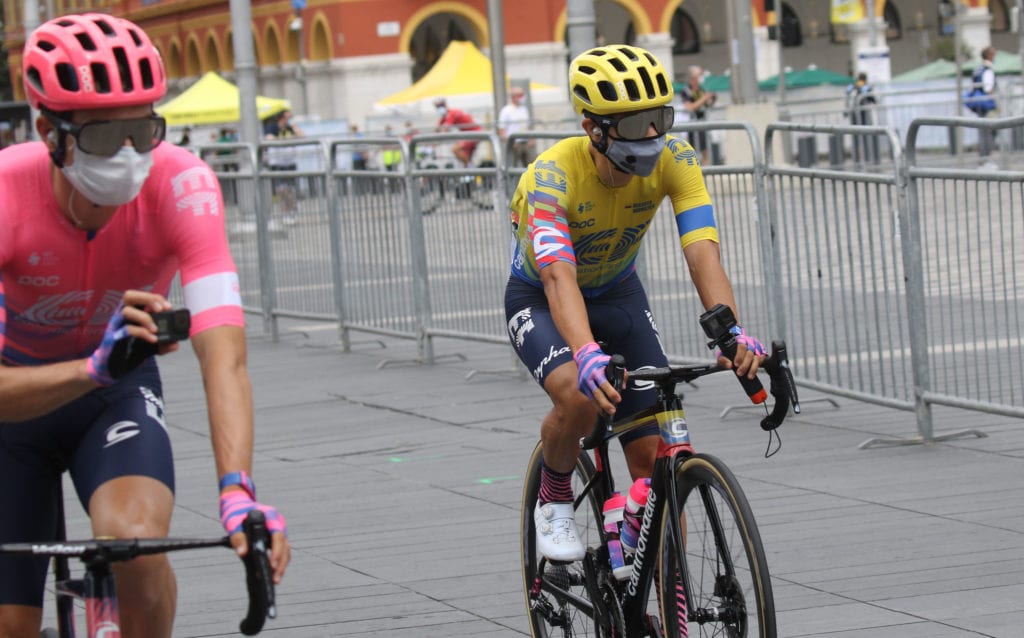 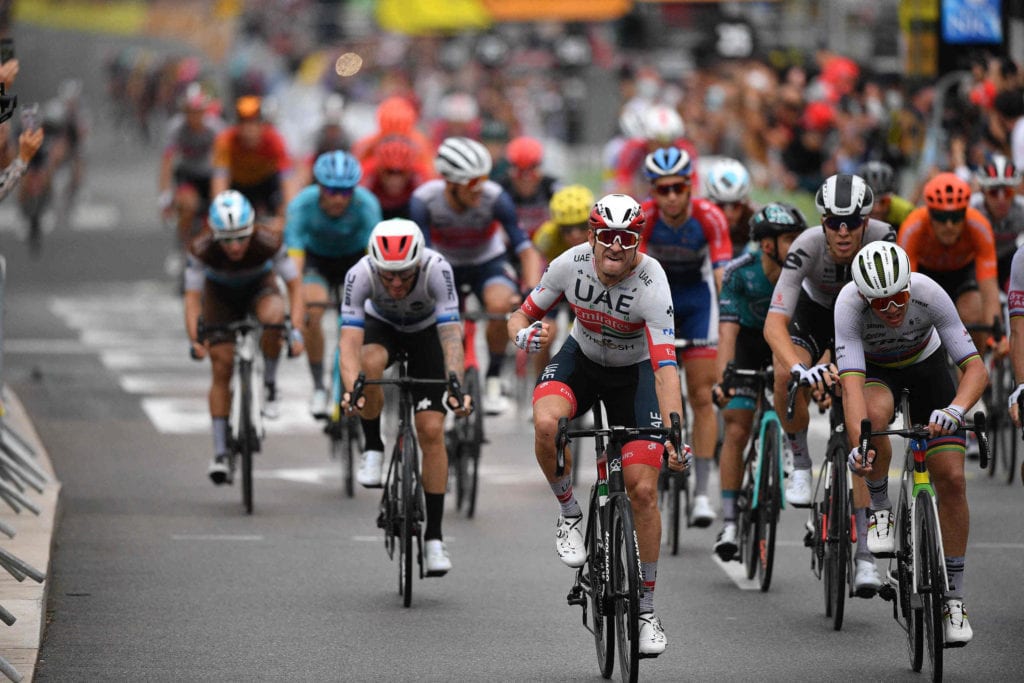 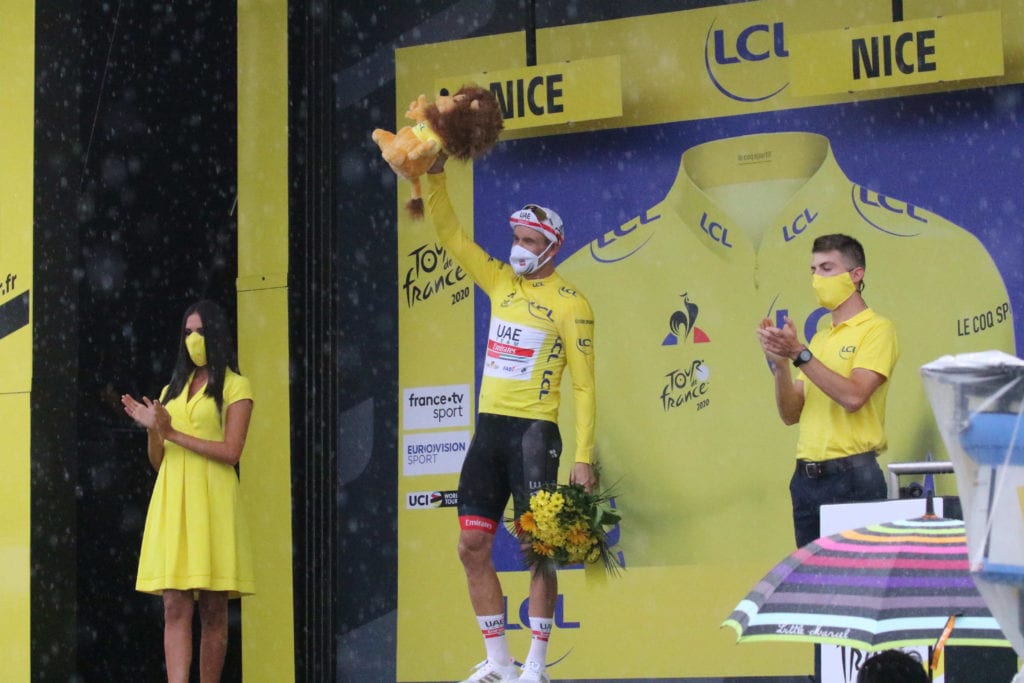 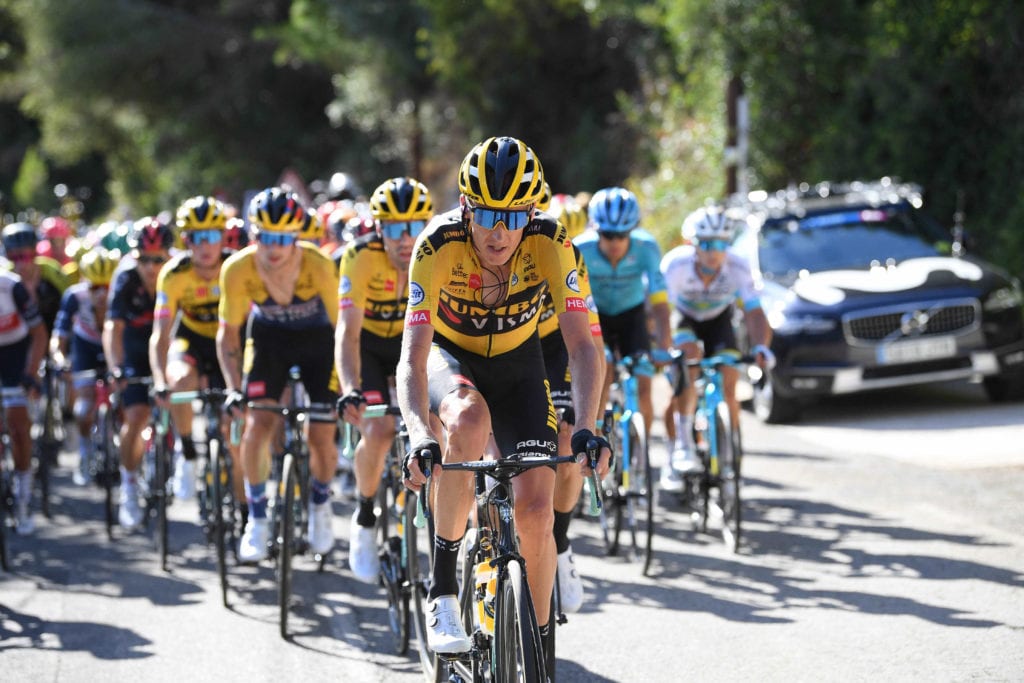 Jumbo–Visma spent time commanding the front of the peloton in stage 2, but ultimately weren't very present by the end of the race. Photo: Sirotti 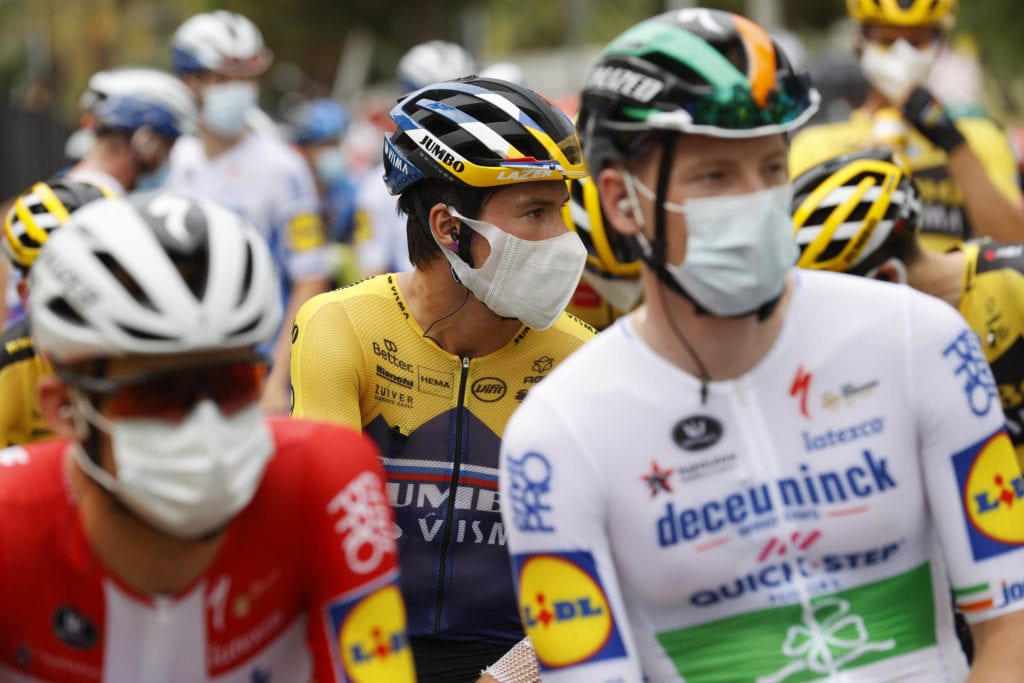 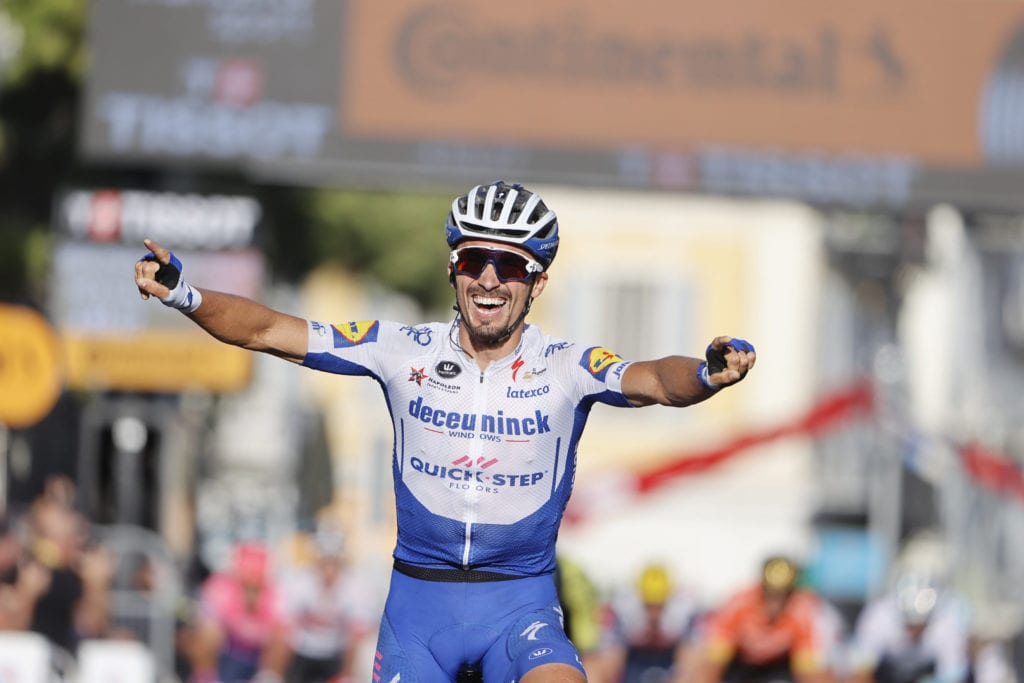 Julian Alaphilippe was emotional as he took the win on stage 2.Photo: Sirotti 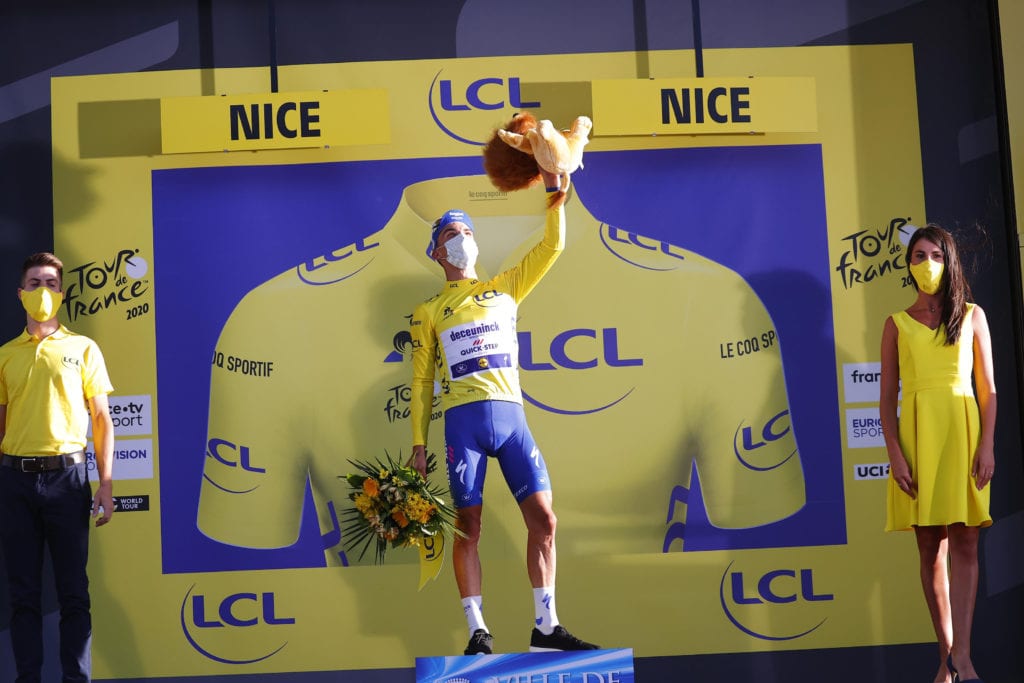 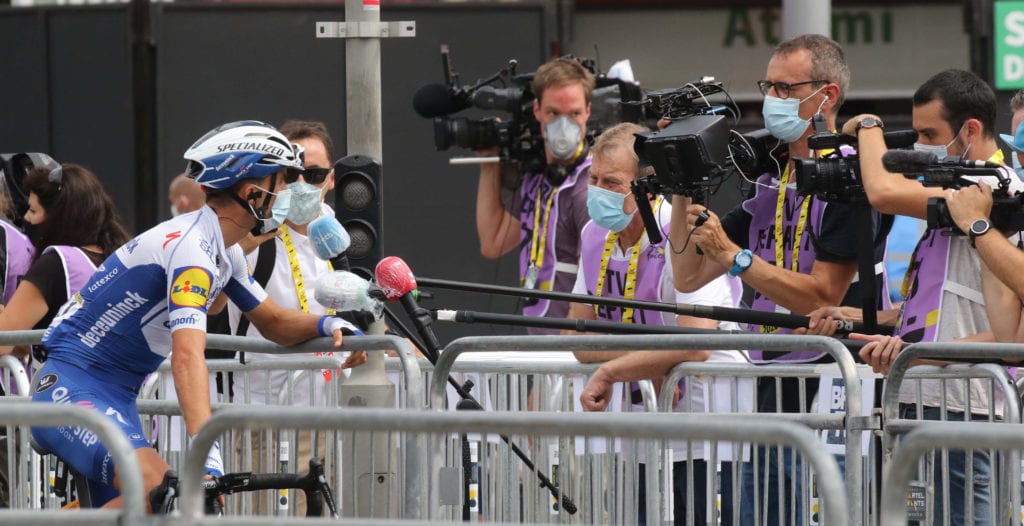 Interviews are conducted at a safe distance Photo: Sirotti 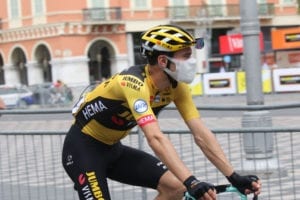 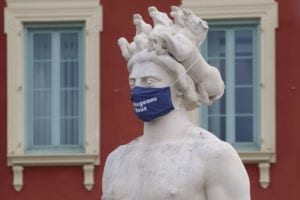 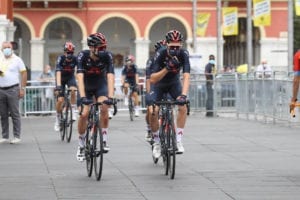 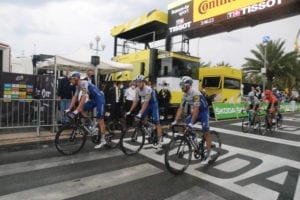 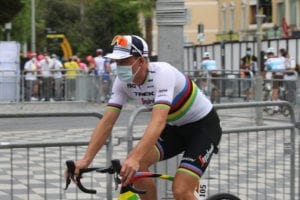 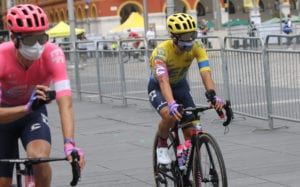 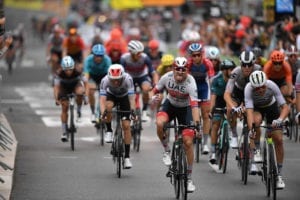 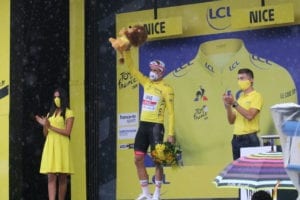 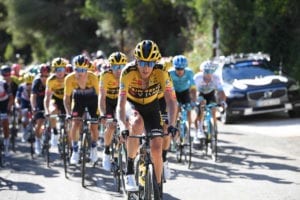 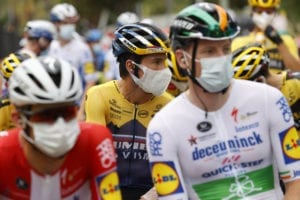 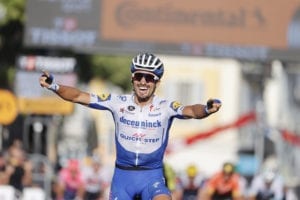 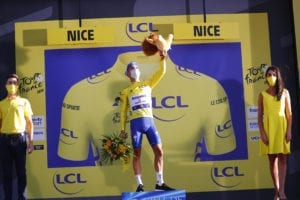 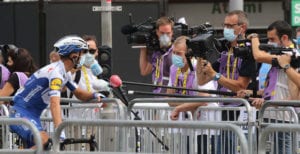