Geoff Kabush may be 41, but the veteran Canadian mountain biker isn’t showing much sign of slowing down. This August, the Olympian strung together an impressive run of races, covering everything from gravel to high-elevation stage racing. He even dropped in on the California stop of the Enduro World Series.

Along the way, Kabush managed to stir up a bit of a controversy when, at SBT GRVL, he backed up his long-standing position that there’s no place for dopers, past or present, in sport. I caught up with the Canadian over e-mail, and he shared his strategy for managing fatigue and equipment between very different races, and why he isn’t afraid to kick up some dust while advocating for clean sport.

Starting with the Downieville Classic, Goeff Kabush raced a string of very different events in August. From California, he travelled to the high-elevation Brek Epic mountain bike stage race in Colorado. Next up was the new SBT GRVL event, in Steamboat Springs, Colo. Finally, Kabush went back to the big bike to race the Enduro World Series stop at Northstar, California.

“Yeah, it’s been a crazy month,” Kabush said of his run of consecutive race weeks. “It was quite a variety of events, but I feel really lucky to have some awesome bikes for everything on my calendar.” This included a Yeti SB100, Yeti SB150, and Open U.P.P.E.R. “It has turned into a really cool partnership between the two brands,” the Canadian said of his two bike sponsors, “and with my Yeti and Open bikes I certainly don’t have any bike envy.”

While most racers would rather focus on one discipline and specialize, Kabush said he looks forward to the challenges that come along with moving between different events.

“I’ve always enjoyed the technical and equipment side of the sport so it is a lot of fun to work on and set up my bikes for all the different events. A big part of my job these days is testing and trying different ideas out which I enjoy; sometimes I push the limit too far but that’s what R&D and giving feedback is all about.”

The Downieville Classic is uniquely demanding on riders and equipment. It mixes a 26.5 long XC loop on one day with a 15 mile downhill event the next day. The catch? Both events must be raced on the same bike.

“My Yeti SB100 is quite a versatile bike so I didn’t change too much for an event like Downieville; just slightly heavier Stan’s Crest wheelset, bigger 180mm front brake, and experimented with CushCore’s new XC insert.”

To get into the details of Kabush’s Downhieville SB100, from shock settings to tire pressure, head here.

At Brek Epic, Kabush rode a similar set up, but with the frame upgraded to the 2020 Yeti SB100. 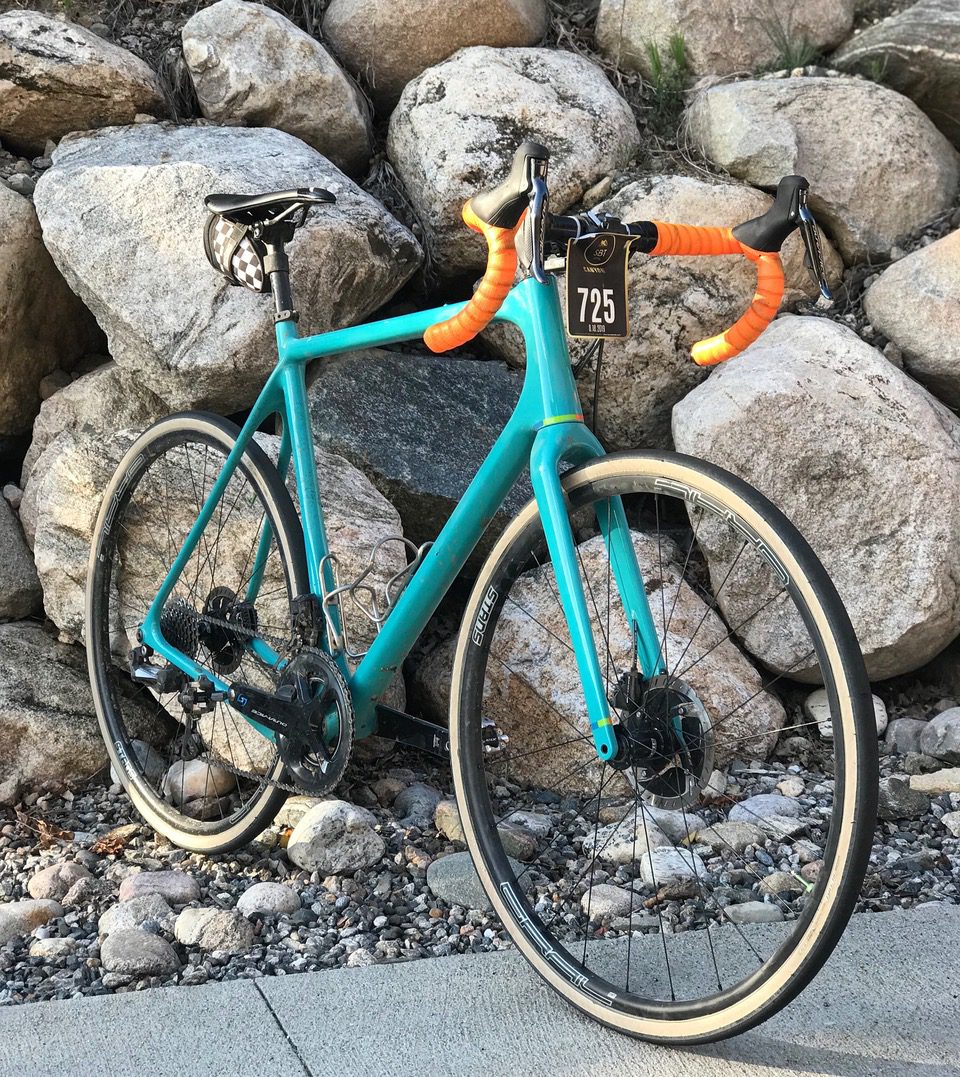 Roughly 24 hours after finishing the high-elevation Brek Epic suffer fest, Kabush lined up for the new SBT GRVL event. On that Sunday, he rode his Open U.P.P.E.R.

“My OPEN U.P.P.E.R. is my do-it-all drop bar bike and I mostly just change wheels and tires depending if I’m riding road, gravel, or sometimes mountain biking on it. I knew SBT GRVL was a faster, smoother gravel event so I ran some narrow but durable 32c Maxxis ReFuse at low pressure, 30psi, with the new gravel CushCore insert.”

More recently, the Canadian has been showing off Open’s new model, the W.I.D.E. With more tire clearance, it looks like a good candidate for Kabush’s upcoming defense of his dropbar win at the Iceman Cometh mountain bike race. 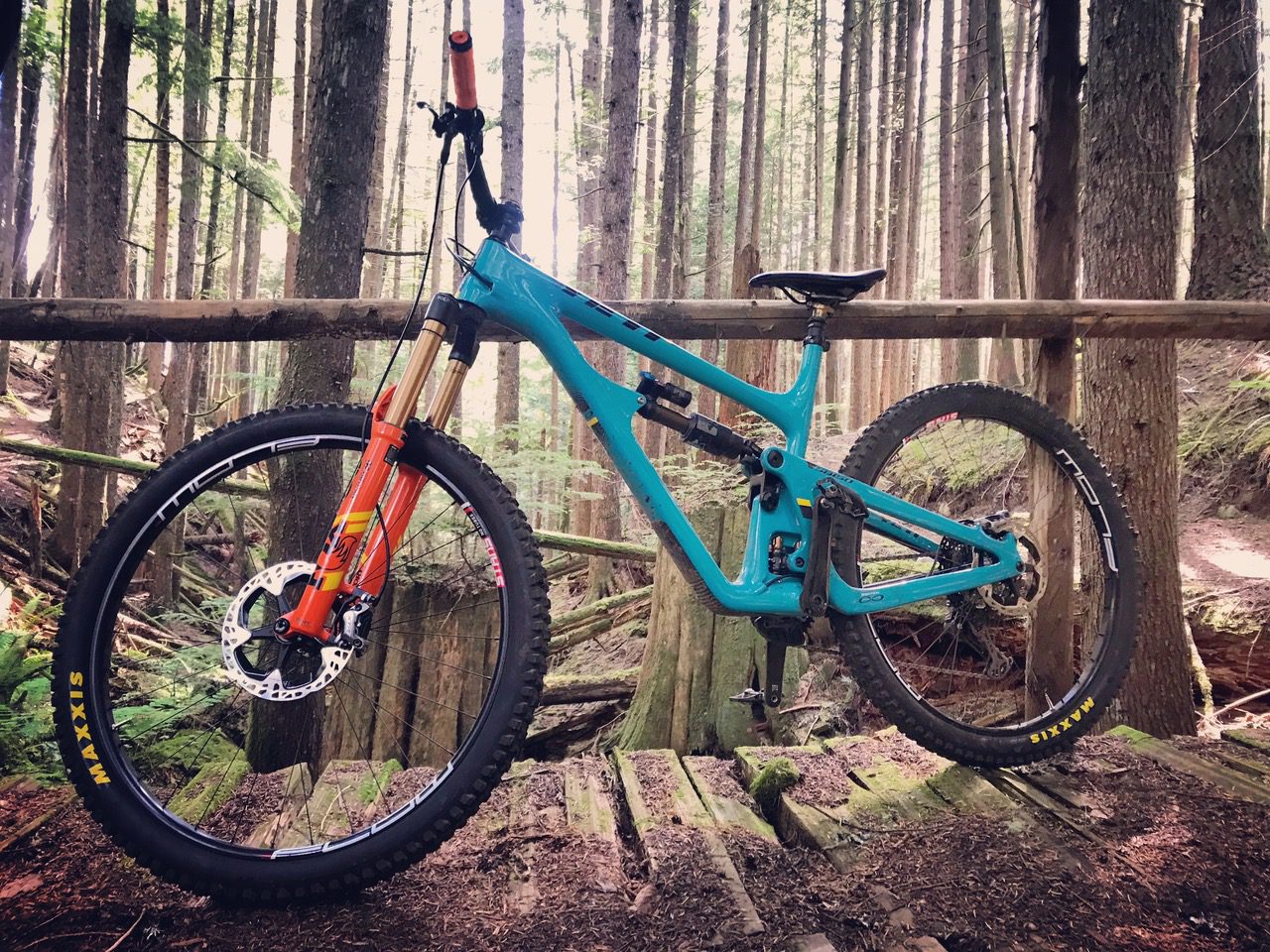 “I spend a bit of time on all my bikes which is sometimes challenging especially when jumping into the very challenging EWS at Northstar last weekend. Luckily I’d raced my SB150 at Trans-Provence in June but the suspension settings at an event like Northstar are so different it took me a while to feel dialled in and comfortable. I definitely have to keep a lot of notes on my phone to help with the settings and suspension on all the different bikes.”

You don’t have to steal Kabush’s phone to get a look at those notes. Full EWS build on his SB150, down to shock settings can be gleaned here.

Proper recovery is often overlooked. You only get faster when you rest. What does recovering from a big effort like @bcbikerace look like for me these days? It certainly takes longer than it used to but I’m finally back to regular riding now. After a bit of vacation on Hornby Island and some short easy rides, only 5hrs on the bike in 9 days, I’m finally getting back on the horse. I’m back down in California now and after a few easy spins on the road bike I headed out on the MTB today and I’m actually feeling pretty decent. It’s a good thing as August is going to be a bit nuts….Downieville, Breck Epic, SBT GRVL, and Northstar EWS are on tap. #keepridinguntilthefunstops 📸: @margusriga

“These days during the season I don’t so much train as race and recover. Since May I haven’t really had time to do any specific training. I’ve just been beating myself down at big events and trying to recover for the next one. Smashed myself at Dirty Kanza, then Trans-Provence, then BC Bike Race, and just recovered in time for this month’s busy schedule.”

“At my age it is more about being really careful managing fatigue and making sure I don’t dig myself any big holes which is difficult with some of the events I race. I finally have a 2-3 week break now where I will try to rebuild with some training and finish the season off strong.”

Decompressing after accomplishing a few firsts and having some fun pushing my comfort zone at #EWSNorthstar. Psyched to make my first appearance on @vitalmtb slideshow, show up on WynTV, and even get a @world_enduro Podium* (old guys*). Already looking at 2020 calendars and figuring out if I can pop into another EWS weekend or two. 📸: @svenmartinphoto #keepridinguntilthefunstops

SBT GRVL and the long-term impact of doping in sport

After racing the six-day Brek Epic, Kabush lined up for a new gravel event, the SBT GRVL in Steamboat Springs, Colo. During the 226 km race, he went out in several braekaways. The final one, while unsuccessful, led to some controversy when the race was over.

In his recap of how the event unfolded, Kabush explained that the “third break was with a dubious companion which my personal policy restricted me from working with.” The race eventually came back together before the finish line.

Tom Danielson, the rider in question, responded to what happened in the race on Instagram. In the lengthy post, Danielson accuses the Canadian of “shaming” him for past doping, and takes offense at Kabush’s refusal to work with him in the breakaway.

I asked Kabush why he’s not yet willing to let go of other athlete’s doping past, and what he thinks the lasting impact of doping has been on the sport:

“It was a pretty simple situation to me and I’ll never apologize for being an advocate for clean sport. A lot of guys decided to cheat, made half-assed apologies, admitted to the minimum, and then just put their head down and hope everyone forgot what happened. I most certainly haven’t forgotten even if a lot of people don’t know the history of the sport.

“I lived through a period of the sport where a lot of doping occurred and it had a massive impact on my career and a lot of my friends. It really pisses me off when people say everyone was doing it and it just levelled the playing field. I was there and lucky to be able to continue my career but a lot of people had to make the decision to take a different path in life. Those guys are heroes in my mind; not the guys names everyone knows just because they cheated.

“These guys pissed all over the sport I love and a lot of them are still profiting from it. If anyone thinks I’m going to welcome them back to racing with a smile on my face they are sorely mistaken. So yes, Tom Danielson attacked at SBT GRVL and there was no way I was going to let him ride away. I’d already been in two moves but I jumped across and sat on his wheel for an hour or so. I didn’t say anything negative and he understood pretty quickly that I wasn’t going to work with him. These guys made decisions and one of the consequences is I’m going to do them no favours if they come back to racing. I wish him the best in his private life but if he wants to make himself out to be a victim when he comes back to a bike race then I think that is pretty sad. They are a lot of great guys and gals I’d much rather see have some of the spotlight and success at the races than some old ex-dopers.”