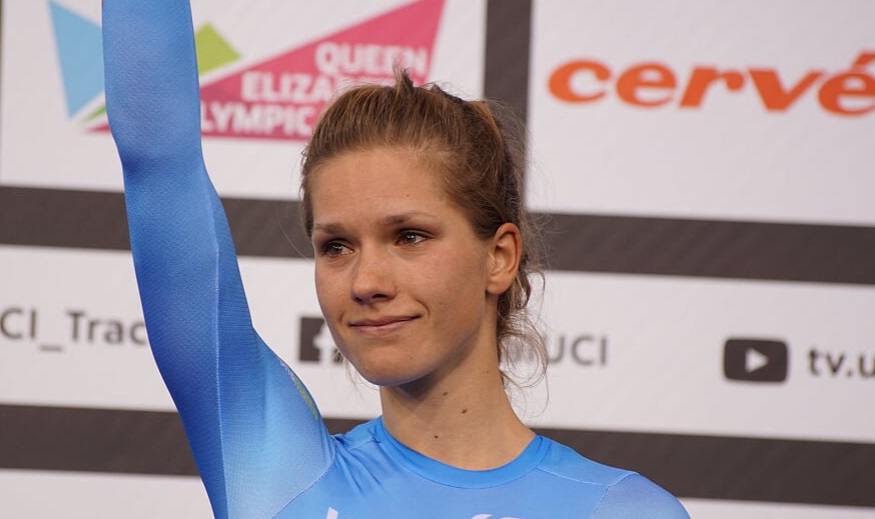 Day 4, after an impressive three days of competition for Canadian riders at the Pan Am championships in Aguascalientes, Mexico, saw three more medals added to the country’s overall count when Aidan Caves of Vancouver took gold in men’s omnium and Jasmin Glaesser of Coquitlam, B.C., and Ariane Bonhomme of Gatineau, Que. took gold and bronze the women’s point race, respectively.

For Caves, Saturday’s competition in the omnium—an event featuring six races in all—couldn’t have rolled to a better start on the day, with the British Columbian rider holding a perfect record of three wins before taking to the start line. That streak continued with the 1,000-m time trial and the flying lap, giving him a commanding lead going in to the points race. Hitting the boards a bit more conservatively for the final event, Caves settled for third, but claimed 246 points—enough to clinch the title.

Glaesser’s lapped the other competitors in the women’s points race and locked down that lead for the remainder of the race. She finished with a title-winning 37 points. As she recalled after the race’s conclusion, “It was a relatively small field with only 13 riders, so that makes for a tactical race. There were some good sprinters and some experienced riders, but I like that challenge with the tactical side to it. Having Ariane out there allowed us to play a strategy and have two cards to play. You don’t always get that opportunity, and I’m glad we were able to come out of the race with two medals.”

For Bonhomme, whose third-place finish missed the silver medal mark by only two points, Saturday’s points race was her first at the elite level—but likely not her last.

“It was the first time that I have done a points race in the elite category,” Bonhomme said, “so it was a lot different coming into the race, especially with two other riders per country, which made for a different strategy. Jasmin and I tried to help each other while still going for our own results.”

“I was able to take a lap around the mid-point in the race when there was a lull, which put me into second,” Bonhomme explained. “But [Arlenis Sierra, representing Cuba] won the final sprint which put me in third. But it was pretty nice to finish third in your first elite race; it was pretty exciting.”

Other Canadian riders represented in the overall standings include Kinley Gibson of Edmonton, sitting at third with 108 points in the women’s omnium. Record-setting Stefan Ritter of Edmonton and Joel Archambault of Quebec, however, bowed out of the quarterfinal men’s sprint, giving Ritter an eighth-place finish and Archambault seventh overall.

The Pan Am Championships wrap up on Sunday.