Norco Factory Team power couple Haley Smith and Andrew L’Esperance are working towards the 2020 Tokyo Olympics but they have another date saved for a little later next year, they are planning on getting married in the fall. The Canadian XCO mountain bikers got engaged last November and their wedding is now in the planning phase. 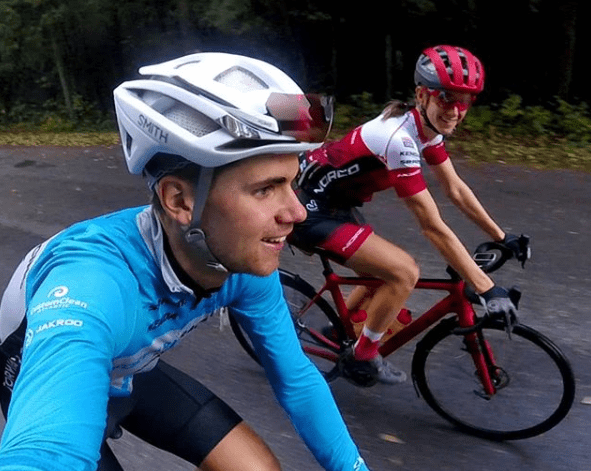 Weddings can get notoriously expensive. While Smith and L’Esperance don’t have an overly elaborate wedding in mind, they have started brainstorming on ways to save money for it. As world-class mountain bikers competing in Canada and abroad, it occurred to them that maybe the prize money they win over the coming  seasons could go towards their dream marriage.

After Smith won the first round of the Canada Cup at Bear Mountain, B.C. and L’Esperance placed fifth in the men’s race, Smith Tweeted out the challenge. “Can we pay for the wedding solely with the prize money?” In jest, she added, “The date of our wedding may be determined by the rate of success of this challenge.”

The idea came to the couple in February after a lucrative haul at the Salamina stage races. “We originally joked about this earlier in the year in Greece during the stage racing we did. I managed to win seven of eight stages, the overall general classifications at both races, and the single day C1 so it ended up being a respectable prize purse,” Smith explained. “What better way to spend it than on a celebration with all of our loved ones!?”

The fact: @andrewlespy and I are getting married (soonish?) 👰🤵.

The challenge: can we pay for the wedding solely with prize money?

The date of our wedding may be determined by the rate of success of this challenge 😜 pic.twitter.com/PrS8fHANjC

Their early season success has got them off to a good start but they remain uncertain of whether it’s an achievable goal. “This is just a fun way to think about saving up for our wedding. To be honest, we have no idea if we’ll be able to accomplish this. It depends on how fast we go!”

Smith had a breakthrough 2018 season earning a bronze medal at the Commonwealth Games, she earned her first career World Cup top-10 finishing eighth at Mont-Sainte-Anne, then jumped up to sixth at UCI world championships in Lenzerheide, Switzerland. Already in 2019 she’s won at the US Cup, in Greece at the Salamina Epic adding to Smith’s success at Bear Mountain. 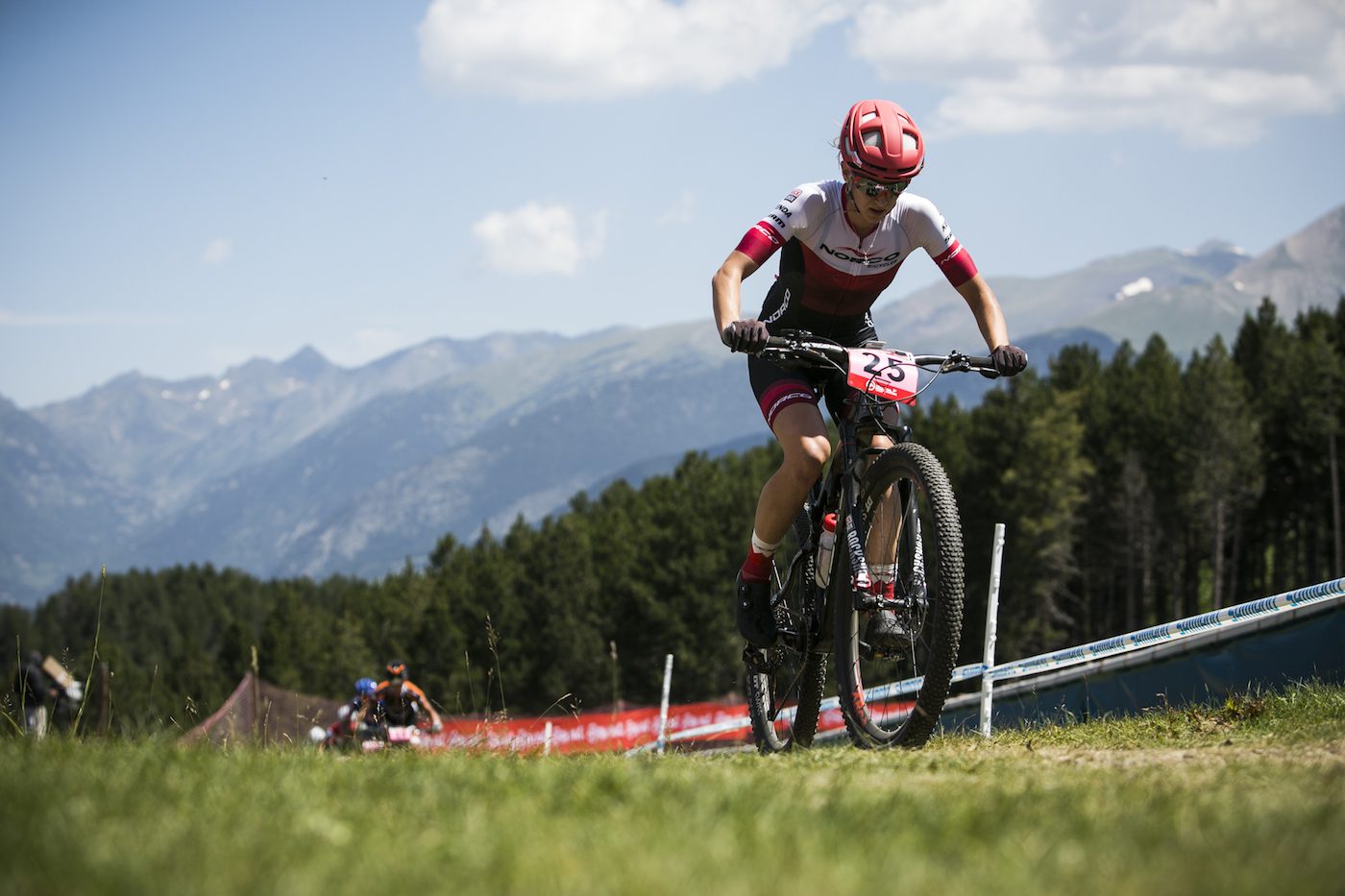 L’Esperance has also found success landing on the podium at the US Cup early in 2019 before his solid ride at the opening round of the Canada Cup, a series in which he has found consistent success in past seasons.

Despite giving themselves a target to aim for, the engaged couple don’t feel the pressure to earn big cash payouts.  Smith figures it will take them more than just this season to earn enough to cover their celebration and if they don’t she added it’s no big deal, they both have bigger goals in mind anyway.

“Lespy and I are both hoping to qualify for the 2020 Olympics, so World Cups are our main focus. When we’re not racing World Cups and have some downtime, we chase adventure, not prize money,” Smith said. “So hopefully there will be a lot of the former on the docket this year.”

Regardless of how their seasons go, they’ve already saved the date for fall 2020. More or less prize money won’t impact the size or style of their celebration. “Our wedding will be a very casual affair centred on family and friends. Think backyard party with some fancy clothes thrown in for good measure.

“The whole point of us getting married is to celebrate our commitment to, and journey with, each other. This whole wedding-prize-money venture is just another fun challenge for us to tackle together!”