The spring classics kicked off this Saturday with Omloop Het Nieuwsblad. The race wound through a hilly, wet and cobbly 200 km Belgian course. Omloop finished in a two-up sprint, with Trek-Segafredo’s Jasper Stuyven taking a career-best victory over Yves Lampaert of Deceuninck-QuickStep.  In the women’s race, Annemiek van Vleuten attacked on the the Muur and managed to hold off her competition, riding solo to the finish. 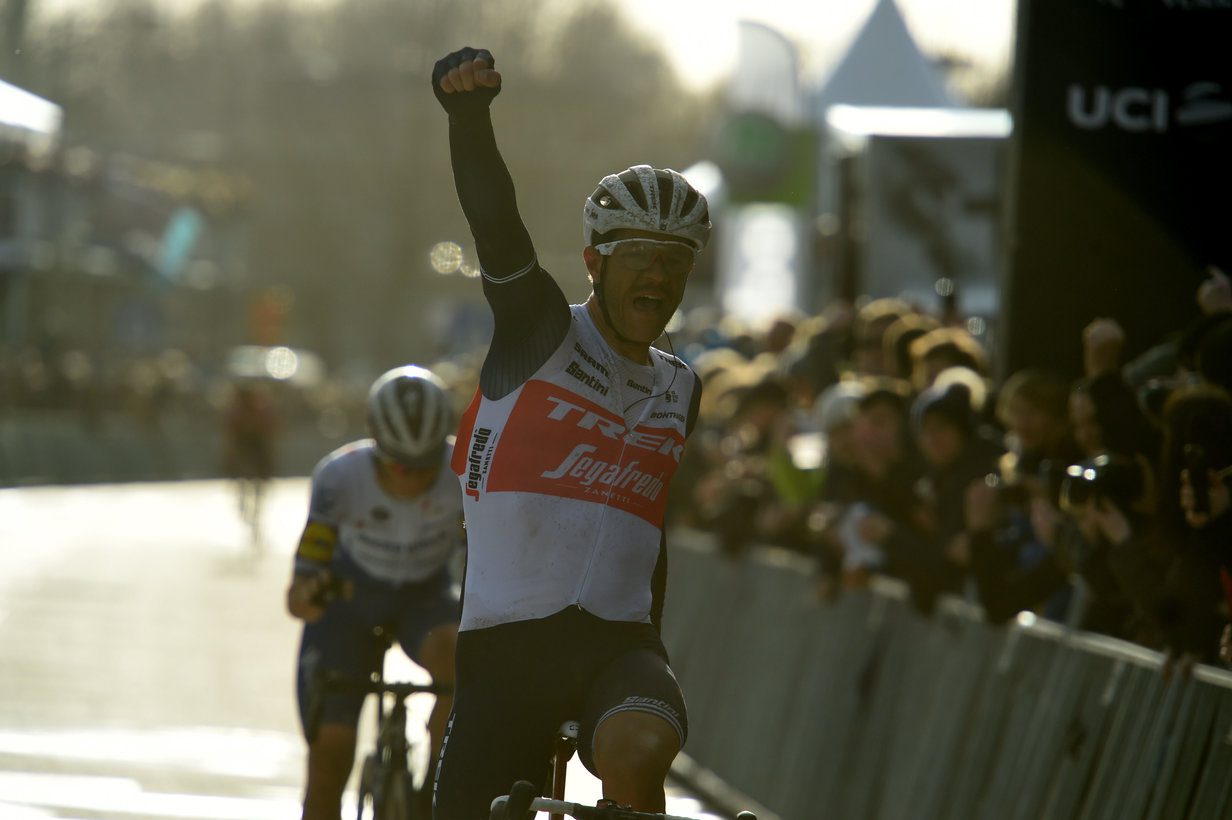 The buzzing energy of the event was not dampened by the overcast weather, yet, even as the sun came out for the last push through Ninove, viewers periodically experienced a small trickle of worry for the rest of the season.

Wout Van Aert was unexpectedly racing. Many of the teams participating had teammates in quarantine in the UAE. A few spectators were wearing face masks.

The World Health Organization (WHO) has now upgraded the global risk of the coronavirus (COVID-19) outbreak to ‘very high’ – its top level of risk assessment. The organization stressed that the outbreak has not yet reached pandemic status, but that it has the potential to become a pandemic.

“If we say there’s a pandemic of coronavirus, we’re essentially accepting that every human on the planet will be exposed,” said Dr Mike Ryan, head of the WHO’s Emergency Health Programme at a conference in Geneva. “The data does not support that as yet and China has clearly shown that that’s not necessarily the natural outcome of this event if we take action.”

WHO representatives say the risk level was intended to serve as a “reality check” for governments, since healthcare systems were still unprepared for the possible outbreak. That being said, if this risk level is taken seriously by governments, we can expect to see authorities taking action against the spread of the virus in the coming weeks. Event cancellations, restricted travel and quarantines are all realities that have begun world-wide.

The world of cycling isn’t safe from this virus and the impacts of its spread has already been felt in the community. As racing ramps up and the spring classics get underway, it is inevitable that COVID-19 will impact the season in ways we are only just beginning to understand.

Marathons, soccer matches, triathlons and other sporting events all over the world have all been cancelled in the past few weeks.

The Tokyo Olympics are at risk of cancellation, and officials are taking drastic action in an effort to eradicate the COVID-19 virus in the country. Still, Doug Pound, senior Olympic Committee member, says that a decision on the fate of the games will be made within three months. 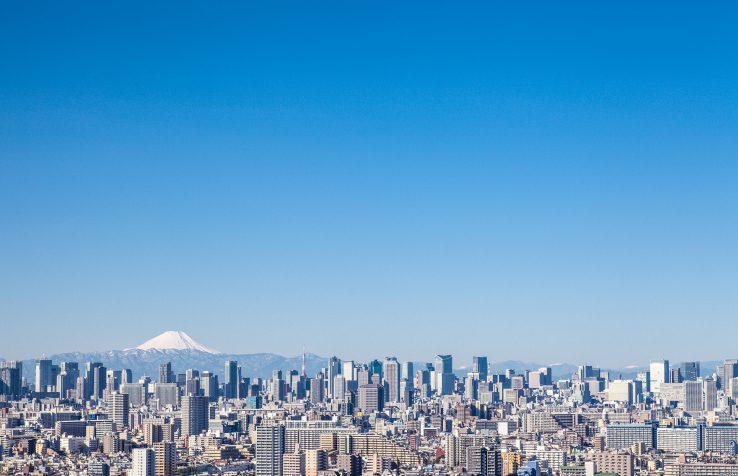 Belgian authorities are confident that the spring classic races will continue as scheduled in their county. Italians, on the other hand, are not as confident. As of Mar. 1, the number of COVID-19 cases in Italy has exceeded 1,000. Milan-San Remo has not yet officially been cancelled, but, with villages all throughout the race route on lockdown, there is a strong possibility it will be called off. RCS Sport claimed this week that Strade Bianche will still be happening on Mar. 7.

The Paris half-marathon, scheduled for Mar. 1 was called off by authorities, as the number of COVID-19 cases rose above 100 in France this week. Authorities say the half-marathon will be rescheduled, but they have also banned all indoor gatherings of more than 5,000 people, and cancelled various other large events. It is unclear how the situation in France will play out during the next month, as fans wait for Paris-Roubaix, scheduled for April 12.

Professional cyclists’ training plans are highly specific and built to target certain races. With imminent race cancellations, riders will have to rethink their seasons, their training plans and the races they want to focus the most energy on.

We’ve already seen this beginning to happen, as Wout Van Aert made a last minute change to his race calendar and raced in Saturday’s Omloop Het Nieuwsblad. The cyclocross sensation was set to make his road racing season debut with three Italian one-day races: Strade Bianche, GP Industria & Artigianato, and Milan San-Remo. In anticipation of the cancellation of some, if not all, of these races, Van Aert shifted his schedule.

It would be unsurprising to see other riders following his lead and rearranging their schedules to avoid targeting races that will ultimately be cancelled.

Racers, staff and media at the UAE Tour were kept in quarantine for more than 48 hours in a hotel when it was announced that they may have been exposed to COVID-19. Two unknown staff members staying in the hotel were suspected to have the virus. As a precaution, everyone was tested for the virus and quarantined in the hotel as they waited for results.

Information regarding the quarantine is still scattered. Journalists are receiving vastly different answers from authorities as they try to make sense of the situation. Many in the hotel have been permitted to leave and catch their original flights home but others have been told they are not yet allowed to leave the country.

In the coming weeks and months it is not unlikely that travel bans and restrictions will come into place throughout the world. Cyclist and cycling teams train and race in a multitude of countries, and situations such as the UAE hotel quarantine or flight restrictions could determine who will be able to race internationally.

As of Mar 1, Cofidis, Groupama-FDJ and Gazprom teams are all still in quarantine in the hotel. Many riders don’t have access to training equipment. Even though UAE Team Emirates was given the green light to leave the country, the team has elected to remain in Abu Dhabi as precaution.

Despite being given the green light to travel home and the last tests carried out coming back negative, our team has decided to extend their stay in the UAE to continue testing everyone’s conditions.

Finally, as more countries prohibit large gatherings, it’s possible that spectators will be blocked from attending some of the spring classics. 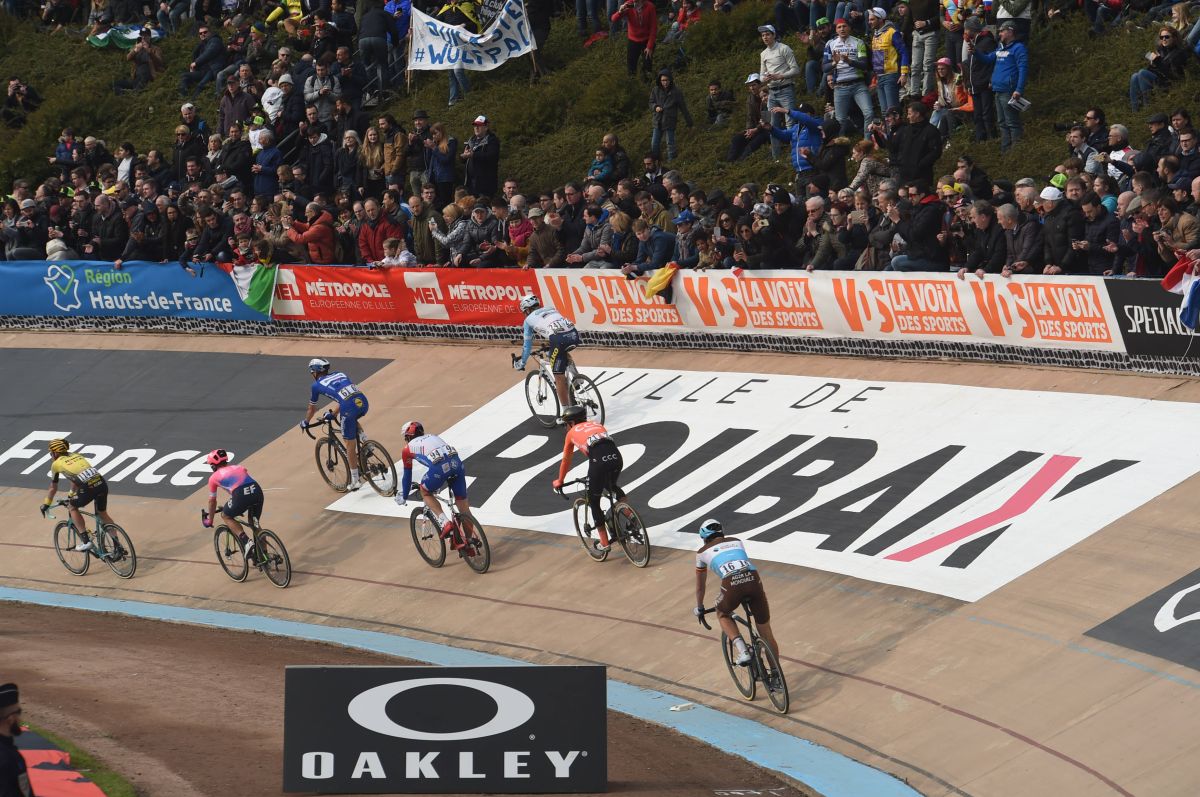 Switzerland and France have already banned large gatherings. In Italy, an important soccer match was played in an empty stadium. A Japanese marathon was reduced from 30,000 participants to 200 elite runners, while spectators were asked to stay home.

If the virus continues to spread this spring riders may be crossing very quiet finish lines.