The temperatures in Tokyo, Japan have been blisteringly hot during the Olympic Games, and Olympians have had to figure out what to do to battle the heat. The Games might be the hottest on record—with temperatures hitting the mid-to-high 30s with humidity, athletes are struggling to perform in many outdoor sports. Spanish tennis player Paula Badosa suffered from heatstroke and was removed in a wheelchair from her semi-final match, while Russian archer Svetlana Gomboeva fainted during a qualifying round due to heat exhaustion. For the cyclists who have to compete outside, plans had to be made to deal with the unrelenting heat.

Here is how some riders have dealt with the high temperatures:

Canada’s Micheal Woods spent many years training for the Tokyo Olympics. In the end, he finished the race in fifth, narrowly missing out on the bronze medal.

Prior to the Games, Woods was competing in the Tour de France, where he spent a day in the polka dot jersey. Despite placing well in the mountains classification, Woods chose to leave the Tour early, in order to prepare for the Olympics by acclimatizing to the heat.

“I did three hours in the peak heat of the day, sweating profusely, and I was really happy that I got that in,” he told CBC. “I think I need a couple more days of that heat exposure and I think I’ll be good in terms of actual race day preparation.”

Heat (and cold) adaptation is a major topic of study in sports science and an important factor in athletes’ preparation for international competition.

Tom Pidcock, the winner of the men’s mountain bike race, acclimatized to the heat by training in a heat tent at home. “Basically, at the end of training, I jump in heat chamber for 30-45 minutes and sit in a really hot box pedalling very slowly,” he told Reuters. “My spare room has a tent in it.”

During the road races, riders racing in support of teammates spent much more time than usual returning to the team cars to grab water bottles and ice. On top of drinking the fluids, riders were pouring bottles on themselves to cool off as well. 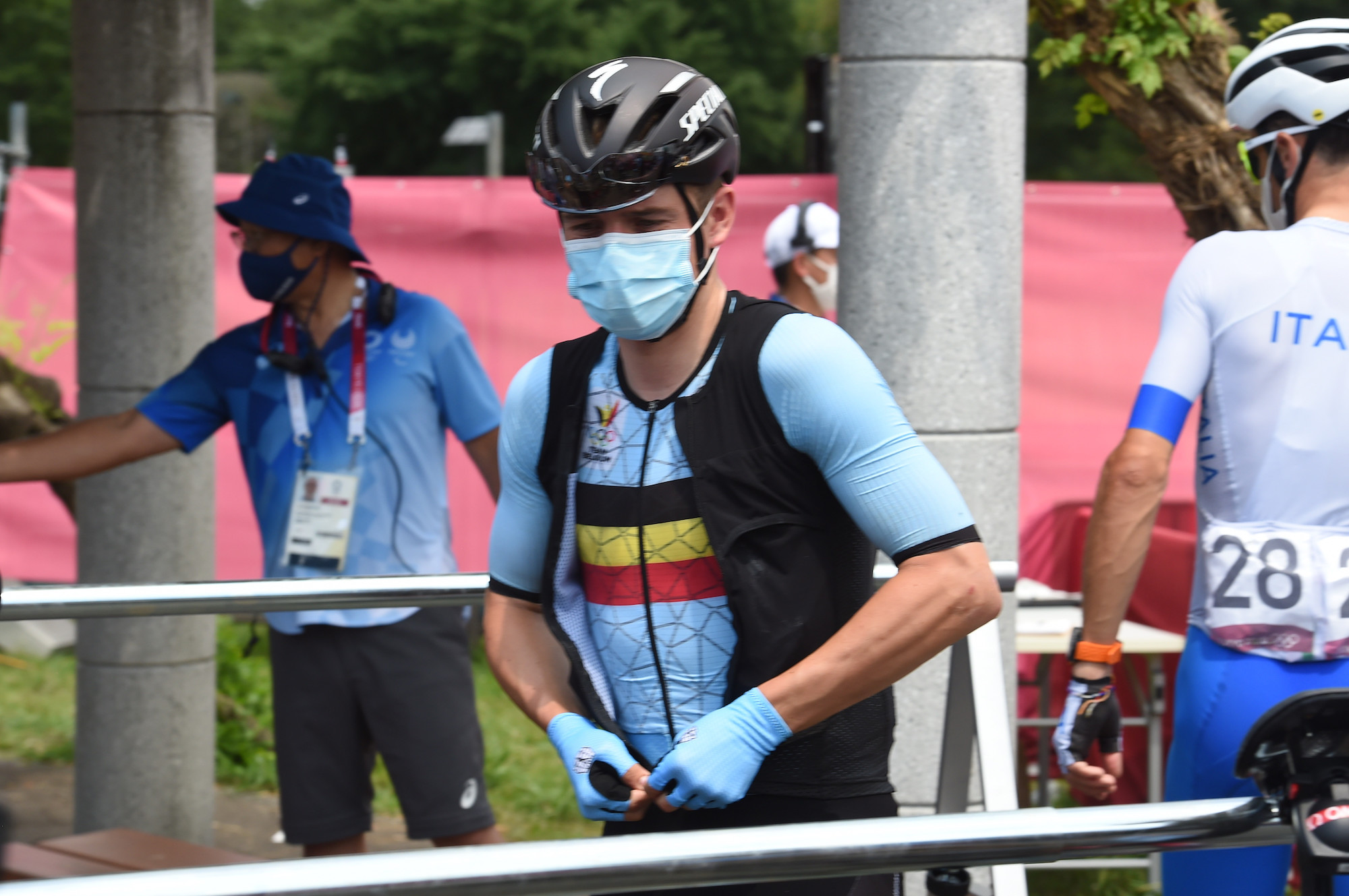 Many teams had prepared small ice packs for riders to put in the back of their jerseys. Some teams even had ice vests that they put on during calmer portions of the race.

Anna Kiesenhofer, an Austrian math postdoctoral researcher, was the unexpected winner of the women’s race. She prepped for the Tokyo Olympics by studying the effects of heat on the body. The self-coached athlete used a CORE body temperature sensor to understand her own performance and analyzed the data extensively.

Team Canada’s cyclists are wearing a new Garneau kit, which still features the classic light blue colour. For these Olympics, the kits are almost sheer, as they are designed to be extremely thin and breathable.