It’s a long-standing tradition for fans to paint the names of their favourite riders on the road. The Tour de France is the biggest platform for this sort of fandom. We’ve seen the names of Julian Alaphilippe, Thibaut Pinot, Peter Sagan and many more emblazoned across alpine roads over the nearly 3,500 km the Tour de France covers. There are also more, let’s say, creative artists who want their artwork to be seen by the biggest television audiences in pro bike racing. 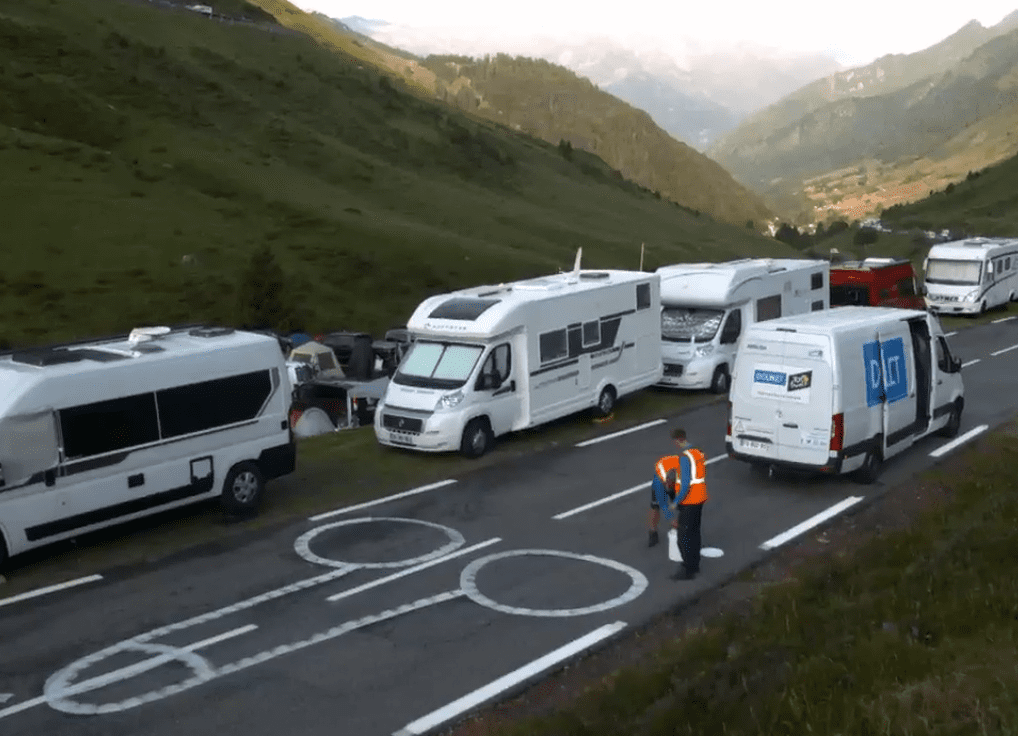 Race organizer ASO employs a crew of workers who drive the route ahead of the peloton every day with a bucket of paint. Their task is to creatively alter some of the images painted on the road that ASO would rather TV audiences don’t see. Chief among these images that need some altering are male genitals. The workers who disguise the genitals are the real artists.

Cleaning the road surface of these images would be too time-consuming and expensive so instead, the workers add paint turning genitals into owls, butterflies and other creative imagery. The efforts are done so spectators and TV viewers don’t notice the original images. In a video produced by Dutch news agency NOS, the news agency follows two workers as they do their job on the Tourmalet, one of the most famous climbs to feature in this year’s Tour de France.