The 2019 Tour de France starts in Brussels on Saturday. The biggest race on the pro calendar has a deep list of contenders for the yellow, polka dot, green and white jerseys. Canadian cycling fans won’t want to miss the action over the next three weeks, especially with Canadians Hugo Houle (Astana) and Michael Woods (EF Education First) lining up for their first career rides at the Tour de France. Tuning in to live coverage of the Tour legally can sometimes be a challenge so here is how to watch the 2019 Tour de France in Canada.

RELATED: Michael Woods: ‘I want Canadian fans to see a Canadian at the front of the best race in the world’

There’s always the last resort of cycling fans seeking to see the Tour de France: dodgy and unreliable illegal streams. These come with horrible pop-ups, the threat of viruses and the only reliable feature being that the feed will skip or freeze entirely as the days racing enters the final kilometres. To avoid those free features as you watch the 2019 Tour de France, you’ll have to look for more legitimate coverage options.

In 2019, to watch the race on your television set you will need to be a subscriber to Sportsnet for English coverage or RDS for French-language coverage. Both networks will be showing all 21 stages and replays between July 6 and 28. Stages will appear on Sportsnet and Sportsnet 1 for English viewers and, RDS and RDS 1 for French viewers depending on the day’s programming schedule. Replays of the stages will be shown on Sportsnet and RDS at different times over the course of the day and into the evening.

For cable cutters in Canada, you will have to subscribe to Sportsnet’s online streaming service Sportsnet Now. It costs $19.99 a month but as the Tour takes place entirely in July you can cancel the service once it’s over. If you do want to watch the Tour on your laptop or mobile device and will be away from your TV set where you already are a subscriber to Sportsnet, Sportsnet Now could also already be part of your TV package. Sportsnet Now is a direct to consumer service available for tablets, mobile devices and online. When you subscribe you get a 7-day free trial so if it doesn’t live up to expectations you have a week to cancel without being charged.

Americans can watch the Tour through U.S. rights holder NBC Sports which have the broadcasting rights south of the border. NBC is offering a grand tour specific Sports Gold Cycling Pass for the Tour and Vuelta a Espanã, but it is only available to American customers.

If you can figure out how to convince FuboTV that you’re in America, the online streaming service will be covering the Tour.

Due to the time difference to Europe, many Canadians may not be able to tune into the race live. For highlights keep an eye on the Tour de France Youtube channel, and Velon which will have onboard GroPro’s capturing footage from the bikes of partner UCI teams in the peloton. Velon package up these videos into highlights after each stage. 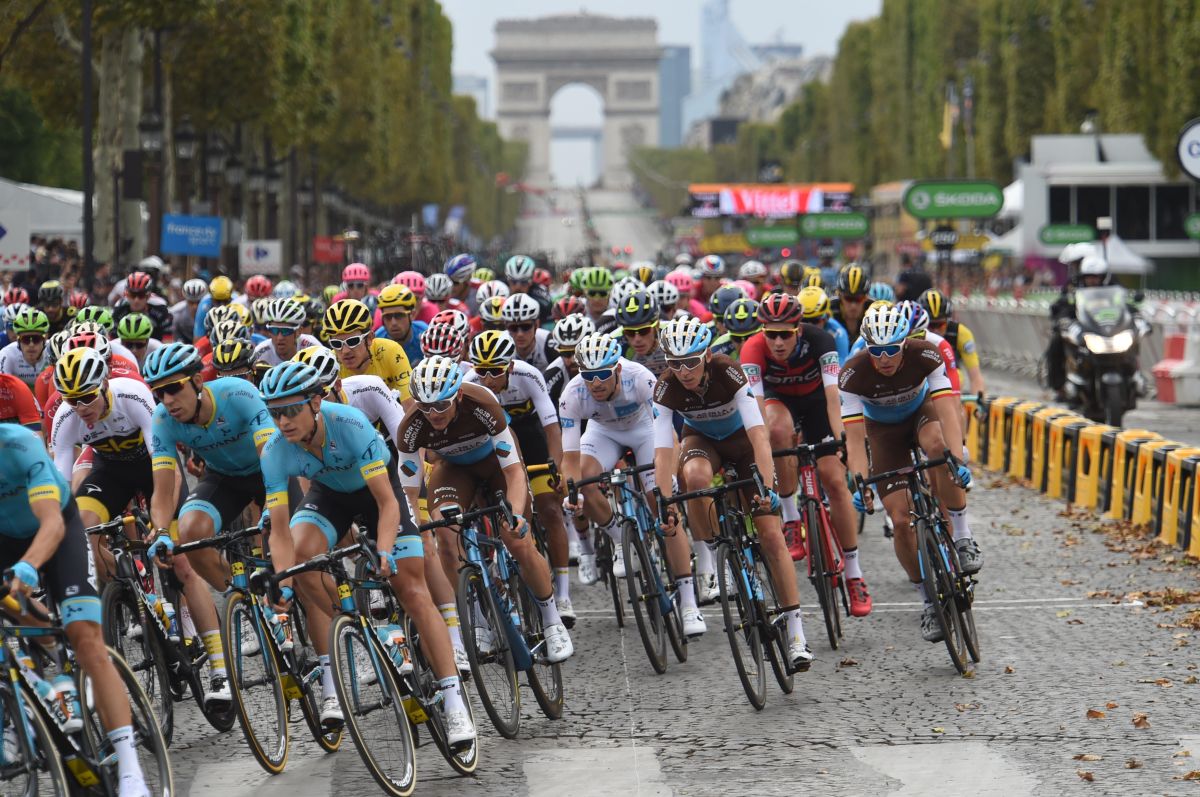 With four-time champion Chris Froome and last year’s runner-up Tom Dumoulin out with injury, the race seems more wide open than it has in past years. Defending champion Geraint Thomas, Egan Bernal, Jacob Fuglsang, Thibaut Pinot, Nairo Quintana, Steven Kruijswijk, Adam Yates amoung others have aspirations to win or at least place in the top-5 at this year’s edition of La Grande Boucle. Additional stage and jersey contenders include Peter Sagan who will be riding for a sixth career green jersey, Julian Alaphilippe who has a shot at defending his polka dots from one year ago and Vincenzo Nibali who will be hunting stages.

Woods won’t be targetting the general classification but is intent to enliven the race which should be music to the ears of Canadian fans who will tune in every day the road tilts upwards to check if the world championship bronze medalist is in the breakaway with a chance to contest the stage win.

“I’m here to be active and influence the outcome so that some Canadian kid back home can watch and say: ‘That’s Mike Woods. I want to grow up and race like Mike Woods.’ That’s what motivates me,” Woods said.

Houle will line-up as a support rider for Fuglsang’s overall bid. The Dane is enjoying the best year of his career at 34-years-old and has already won the Criterium de Dauphine and Liege-Bastogne-Liege making Fuglsang a real threat for the GC.

The Tour is not the only big race happening in July. The 10-stage Giro Rosa is the biggest stage race in women’s cycling and begins on Friday with a TTT. Newly crowned Canadian road champion Karol-Ann Canuel (Boels-Dolmans) and ITT champion Leah Kirchmann (Team Sunweb) start and the race will have one-hour daily highlights show.