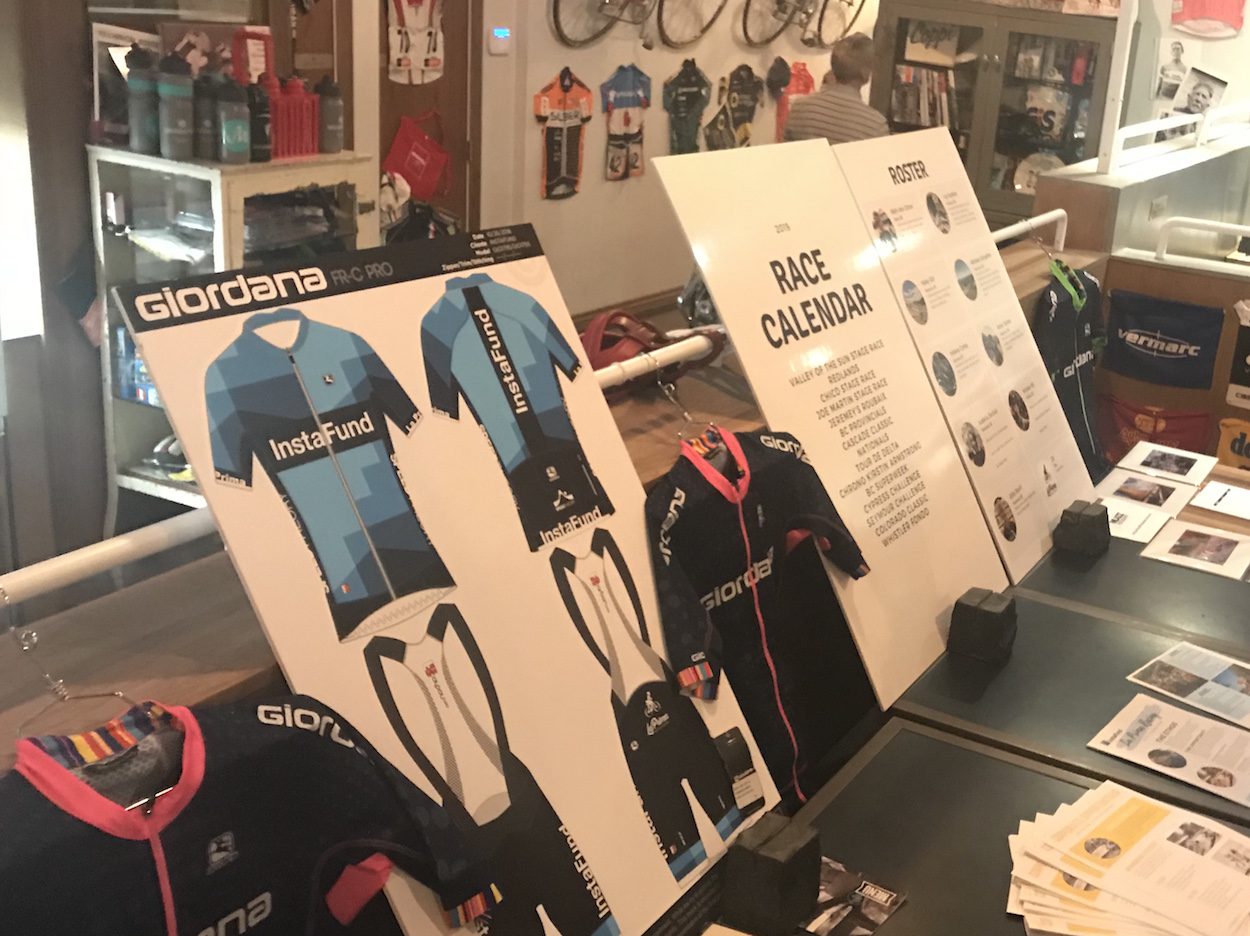 Musette Caffè hosted as the Vancouver-based team introduced their roster of riders and unveiled the 2019 team kit made by Giordana.

InstaFund La Prima is looking to provide a home for female cyclists that want to compete at a high level in the sport, but still have full-time day jobs.

“Women often find elite cycling later in life, and as such have built up careers and other commitments,” says one of the teams founding members, Isabella Bertold.” Instafund La Prima believe It’s important to have an opportunity to develop as a cyclist and pursue a higher level without giving up a career.”

“We all know we can race at that level,” Bertold says, “but our careers are important to us and we don’t want to give them up … yet.” 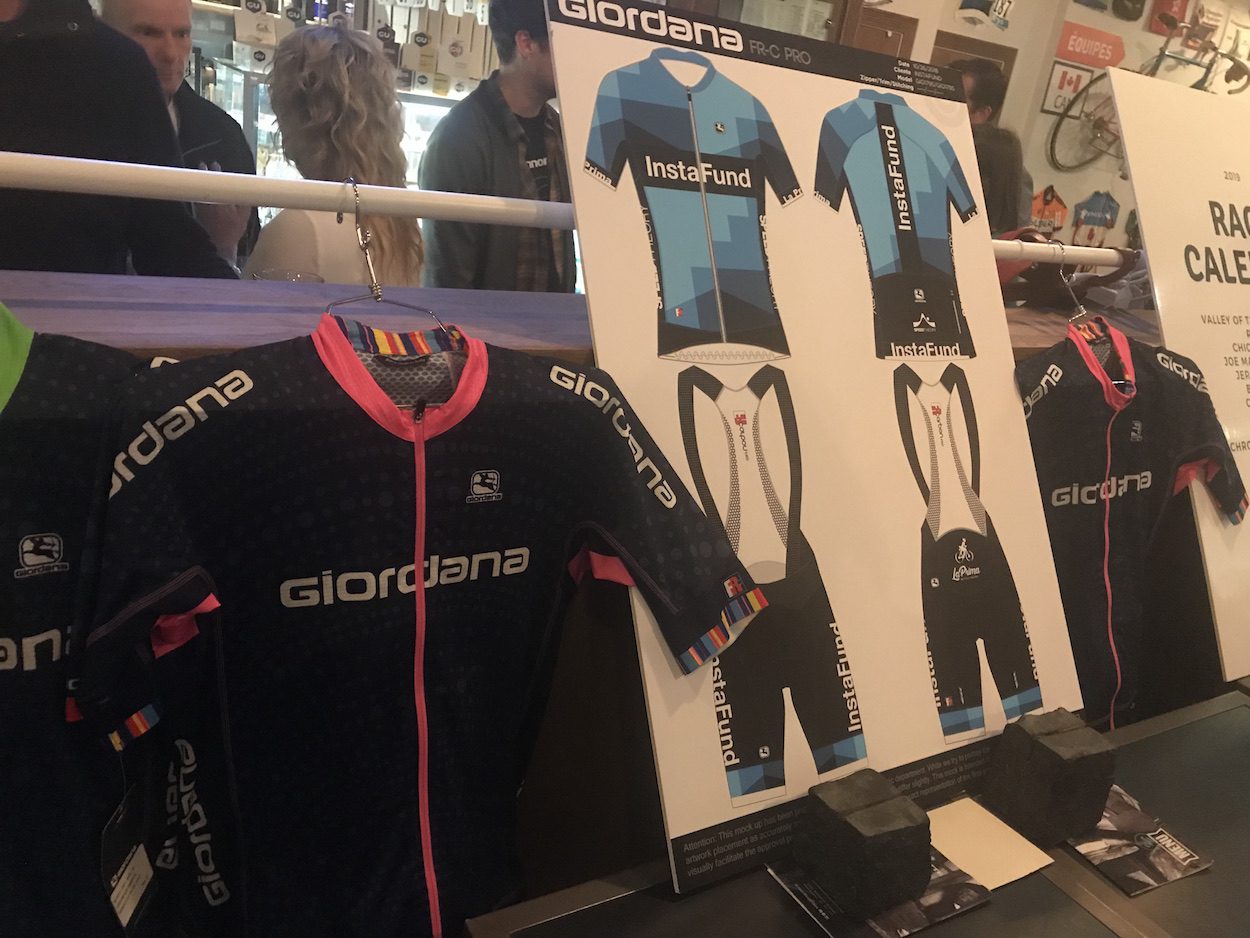 InstaFund La Prima’s roster of nine women from Canada and the U.S. will compete at USA Cycling Pro Road Tour races, and North American UCI races including BC Superweek

Bertold is no stranger to mixing elite training and competition with other education and career ambitions. She’s spent 13 years competing internationally with Sail Canada, where she’s pushed inside the top ten ranks of the Laser Radial class.

Her on-water experience carries over to the InstaFund La Prima project, Bertold says. “I applied the principals I learned form competing in sailing and working towards the Olympics to getting this project going.”

Once the four initial riders decided to start the project, things developed rapidly. “Pretty quickly, we had a full roster, we were designing kit,” says Bertold, “and from there, we were off to the races. Literally.” 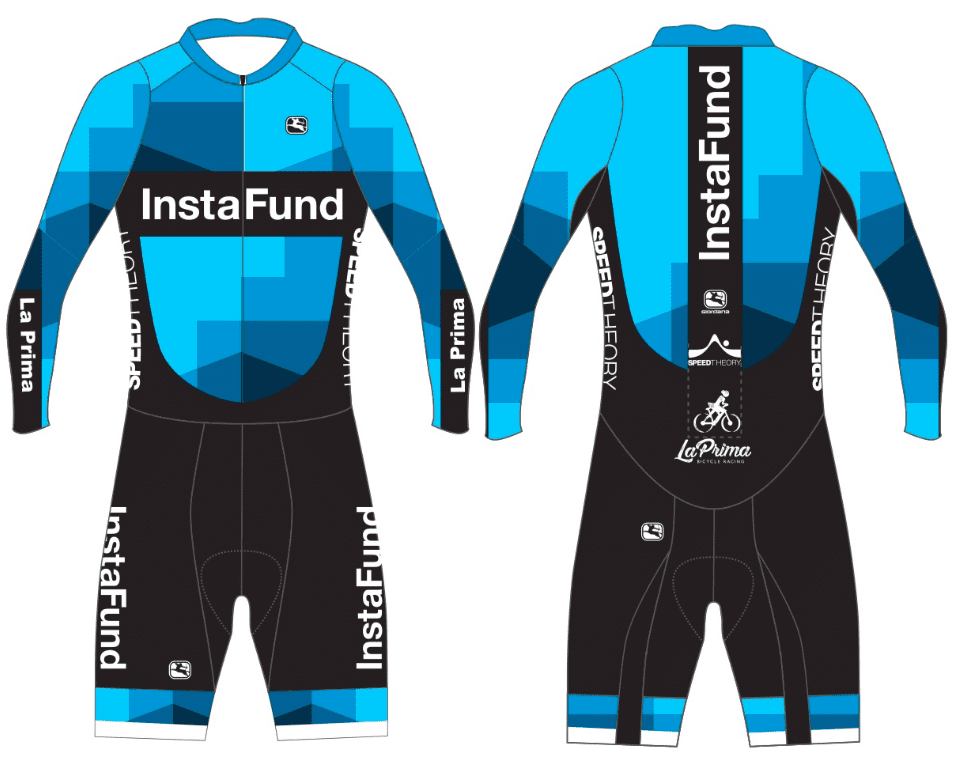 That kit was unveiled at Musette Café on Thursday. Designed with Giordana, the team will race in the brands FRC-Pro cycling garments. Bronko Glavich, of Giordana’s Canadian distributor Uno Imports said “It’s exciting to work with a women’s pro team again and to put something fresh on these riders for the 2019 season.”

Thursday’s event doubled as the team’s introduction and a fundraiser for the upcoming road season. “Being a team of people who all work, we do have some source of income to fall back on,” says Bertold, “but we’re trying to raise money so that we can have a level of support at races that will help us succeed.”