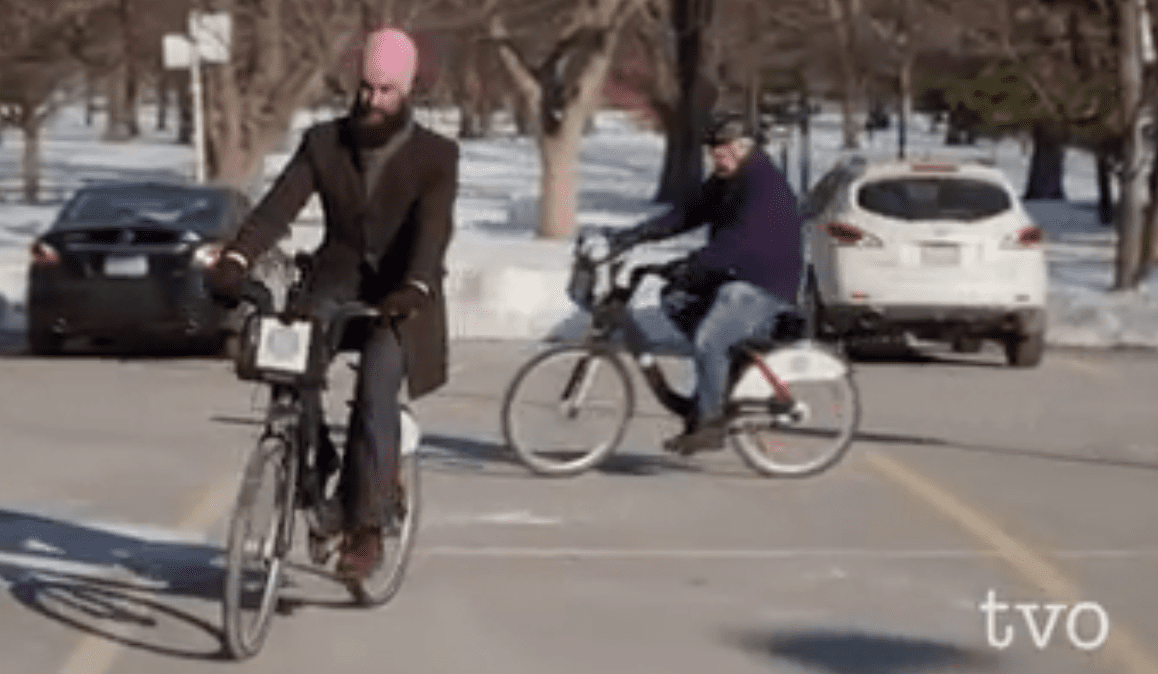 When it comes to two people taking a leisurely ride together through the streets of a major Canadian city, there may be no pair less likely than Jagmeet Singh, the newly-elected head of the New Democratic Party, and Doug Ford, a Toronto city councillor running for mayor of that city in 2018 and brother of the late Rob Ford.

But as was featured on Political Blind Date, a new series, that’s exactly what happened.

Just as surprising was how apparently cordial the date was, despite the fact that it would be hard to find two people more mismatched. Speaking to the Toronto Star, Ford referred to Singh as “very open” and “a very nice man,” particularly when it came to their differences of opinion on transit. Singh, meanwhile, described Ford as “very warm and friendly,” and “really a gentleman.”

It was when they got on their bikes, though, ready to roll through downtown Toronto, that the hilarity kicked into high gear.

“When we were cycling down Bloor St.,” Ford said, “I realized how out of shape I was,” answering reporters’ questions about any what-have-I-got-myself-into moments. Experiencing the new Bloor Street bike lane up close, though, Ford thought that the number of riders would be higher.

For Singh’s part, seeing how open Ford was to the experience of cycling in downtown Toronto, he told the Star, was the most surprising.

Loved the show tonight TVO! Doug Ford’s first time on a bike in 35 years touring Toronto on a cold winter day guided by Jagmeet Singh. Show demonstrates two politicians at opposite ends of the political spectrum can discuss city issues and even agree on a few things! @WSPCanada https://t.co/S2GzmRIW6B

“He was really a good sport,” Singh said. “He just jumped on a bike, which he admitted he hadn’t done in a while. When I noticed how comfortable he was riding, he said, ‘It’s like riding a bike!'”