Jenn Jackson returned to Peterborough for Sunday’s C2 race, one day after battling with Maghalie Rochette for the national championship title, with a clear goal. The Giant-Easton p/b Transitions Life Care rider was set on a win. 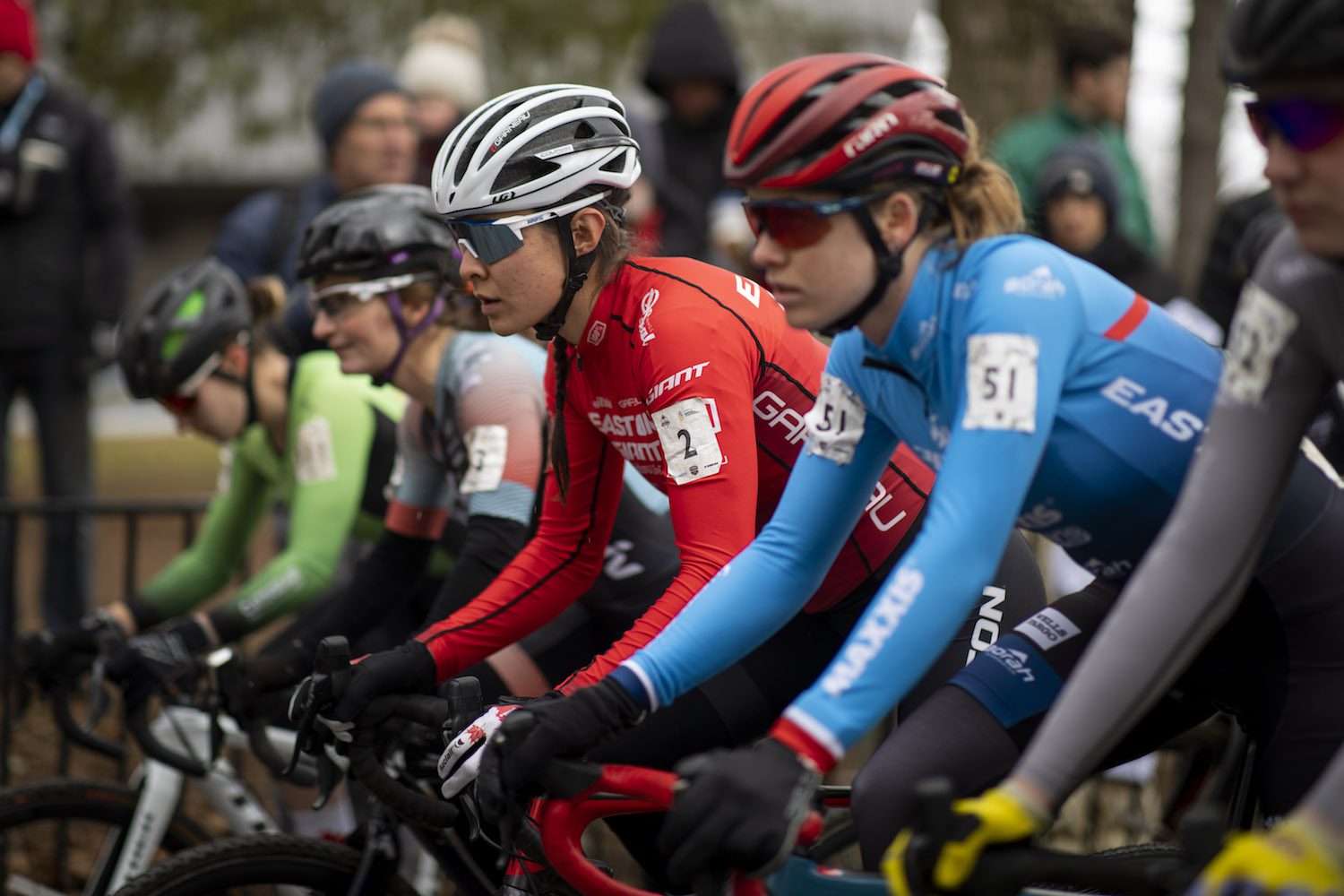 With the women’s field combining junior, under-23 and elite racers, her competition looked much different than the day before. In fact, in the absence of Saturday’s elite championship winner Maghalie Rochette (Specialized x Feedback Sports), it was the under-23’s that were pushing Jackson for the win.

Dana Gilligan (Hardwood Nextwave) was third in Saturday’s under-23 women’s race. On Sunday, she found the legs to push Jackson for the entirety of the six lap women’s UCI C2 race.

Jackson finally created separation mid-way through Sunday’s event, and held on to take the win. Gilligan was never that far off, though, and finished 12 seconds behind Saturday’s elite silver medallist.

Behind that duo, Sandra Walter (Liv International) spent much of her race riding solo in third. The Coquitlam, B.C. pro was never far enough off Gilligan and Jackson that the leaders could relax, but also never far enough ahead of the third group on course that her podium position was safe.

Walter would finish third, closing down to just 27 seconds behind Gilligan in second and race winner Jenn Jackson.

Notably, Ruby West crashed early on in the race, withdrawing after Lap 1. Her injuries appeared minor, so hopefully she will be healthy to line up at next weekend’s Silver Goose Pan American championships in Midland, Ont. 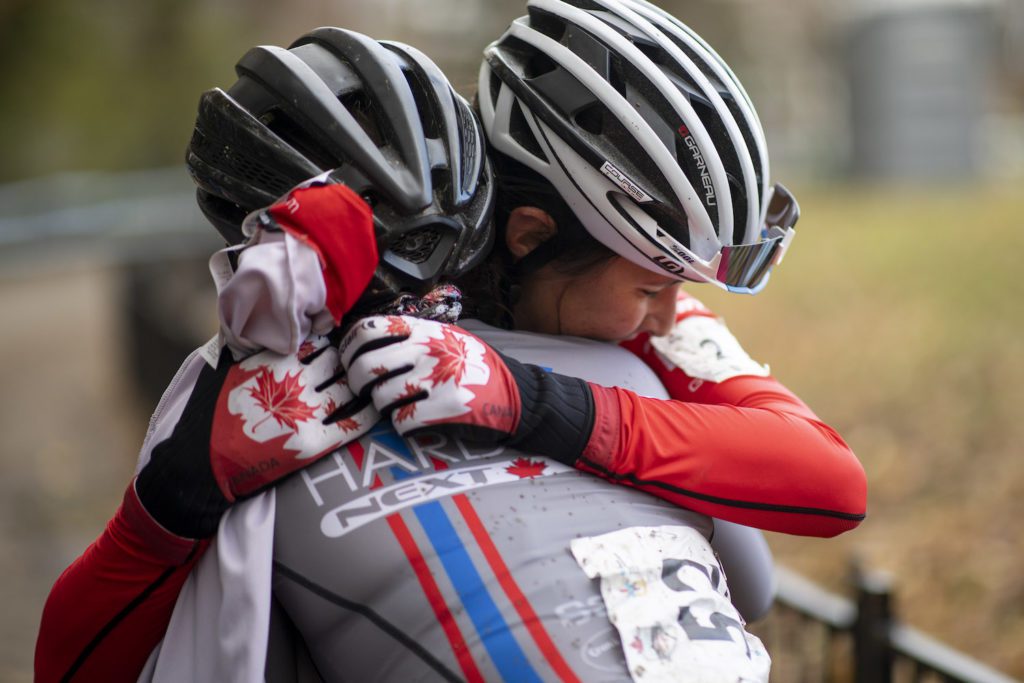 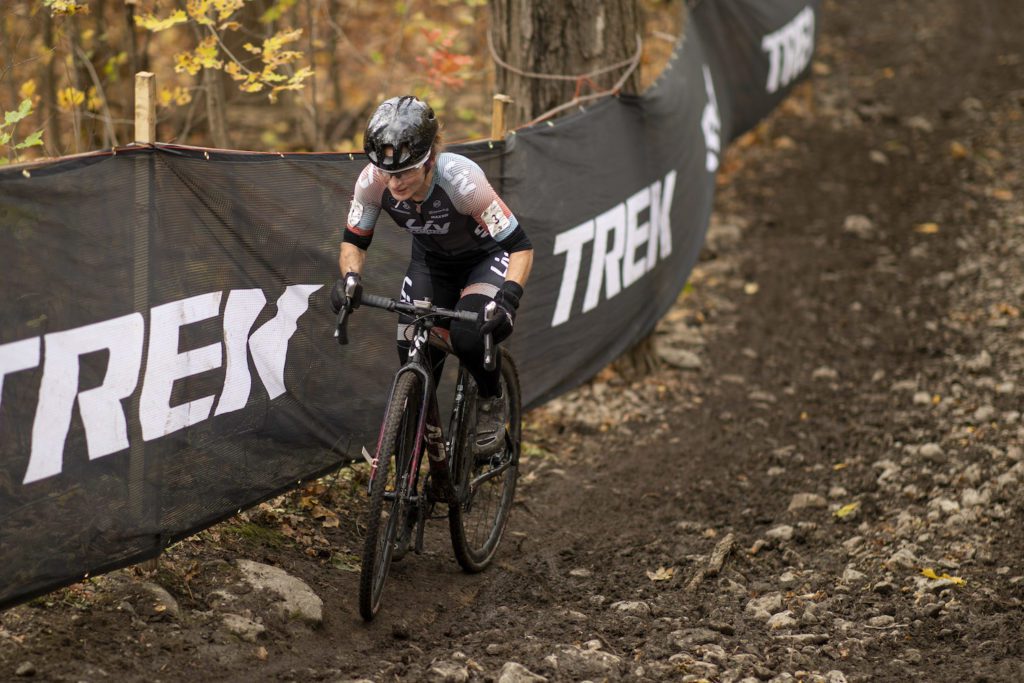 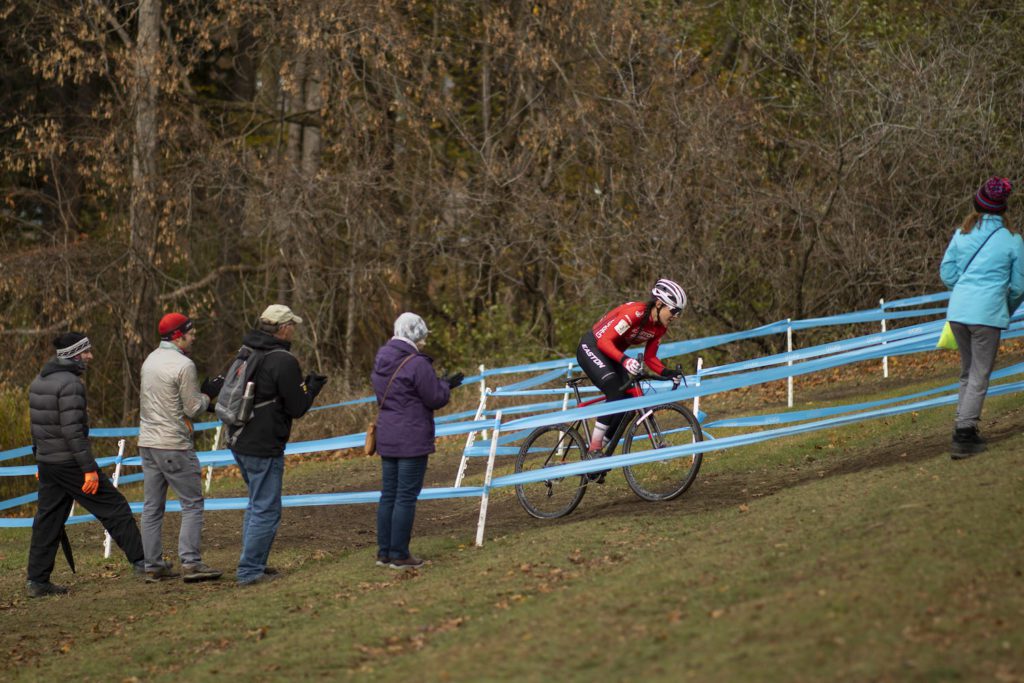 Jackson attacking an off cambre hill 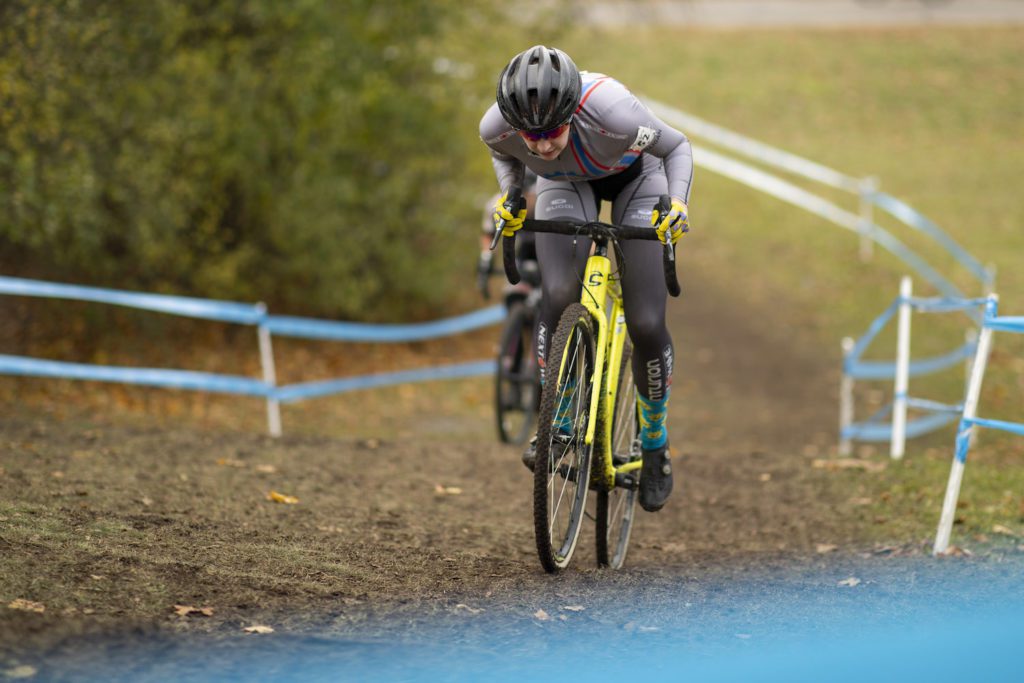 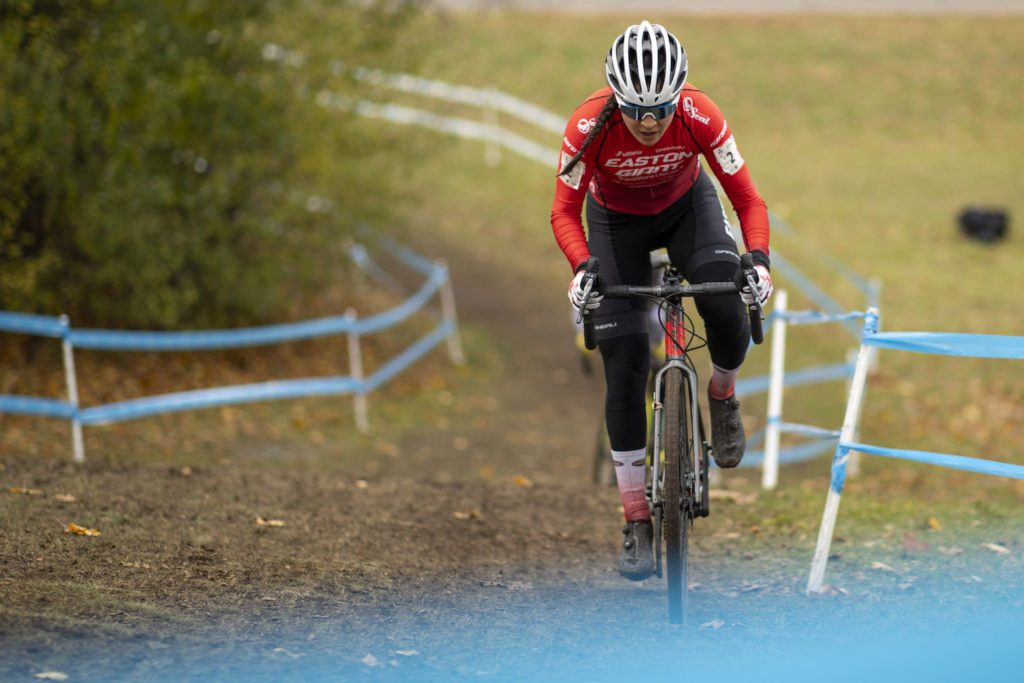 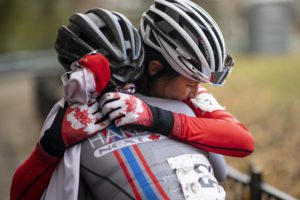 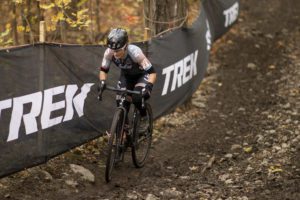 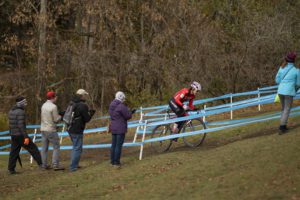 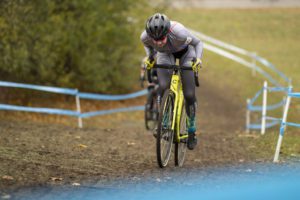 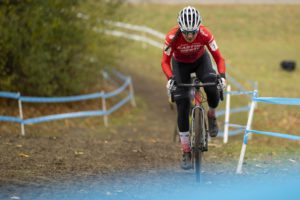