Julian Alaphilippe appeared to be having a good day at Strade Bianche, until he very suddenly wasn’t.

Quick Step-Alpha Vinyl’s reigning world champion was riding near the road’s shoulder during Sector 5 of Strade’s sterrati gravel. Strong crosswinds were buffeting the peloton from the opposite side of the road. A strong gust sent the peloton cascading across, then off the gravel. When one of the front riders hit the dirt in front of Alaphilippe, the Frenchman had little control over what happened next.

Alaphilippe was pitched dramatically into the air and sent scrambling into the roadside field as he attempted to avoid being hit by riders from behind. Eventual race winner Tadej Pogačar, Michael Matthews and Tiejs Benoot, hero of the infamously muddy 2018 Strade Bianche, all were among the dozen riders crashing.

Quick Step-Alpha Vinyl’s pre-race favourite was able to continue the race. He helped lead an unsuccessful effort to chase down Pogačar’s solo attack. 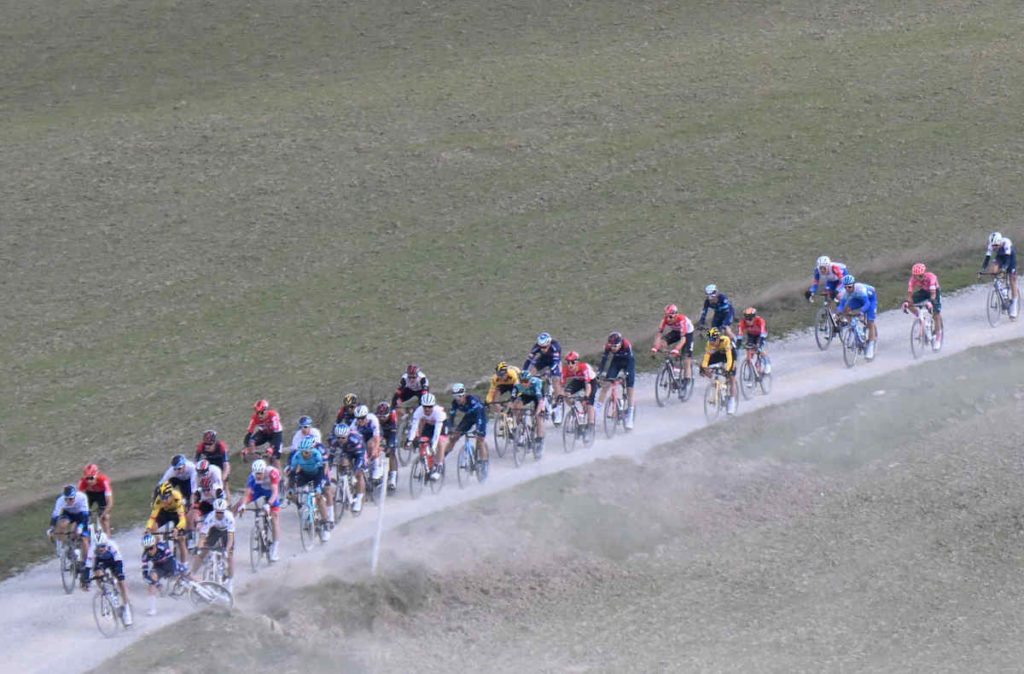 Dust blows across the road as the first riders go down. Photo: Sirotti 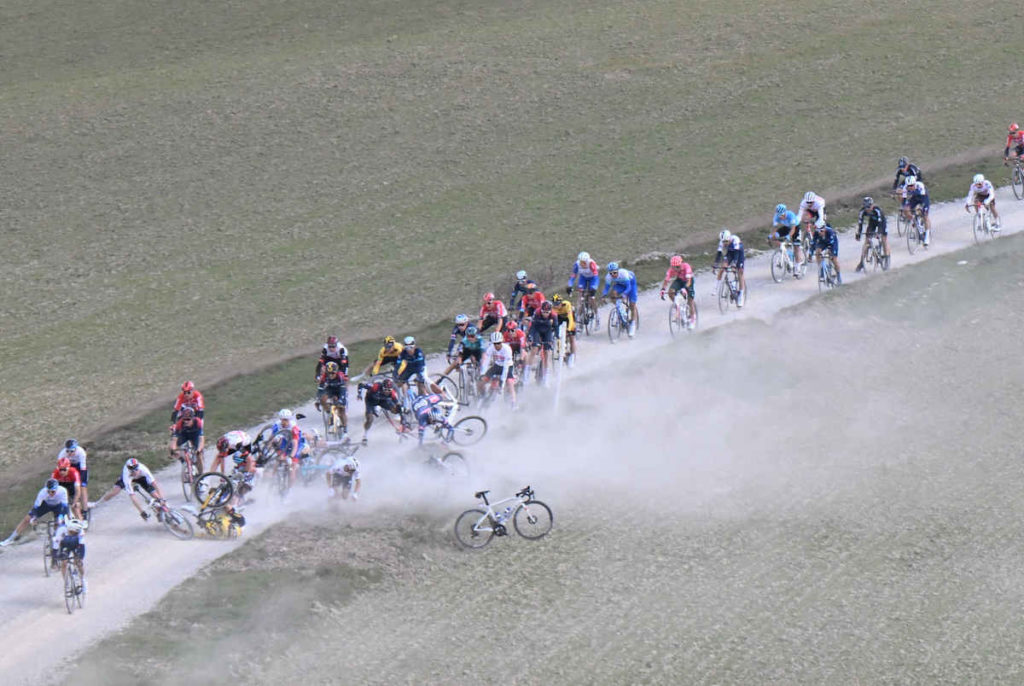 Alaphilippe was up and running away from his crash to avoid the peloton behind him. Photo: Sirotti 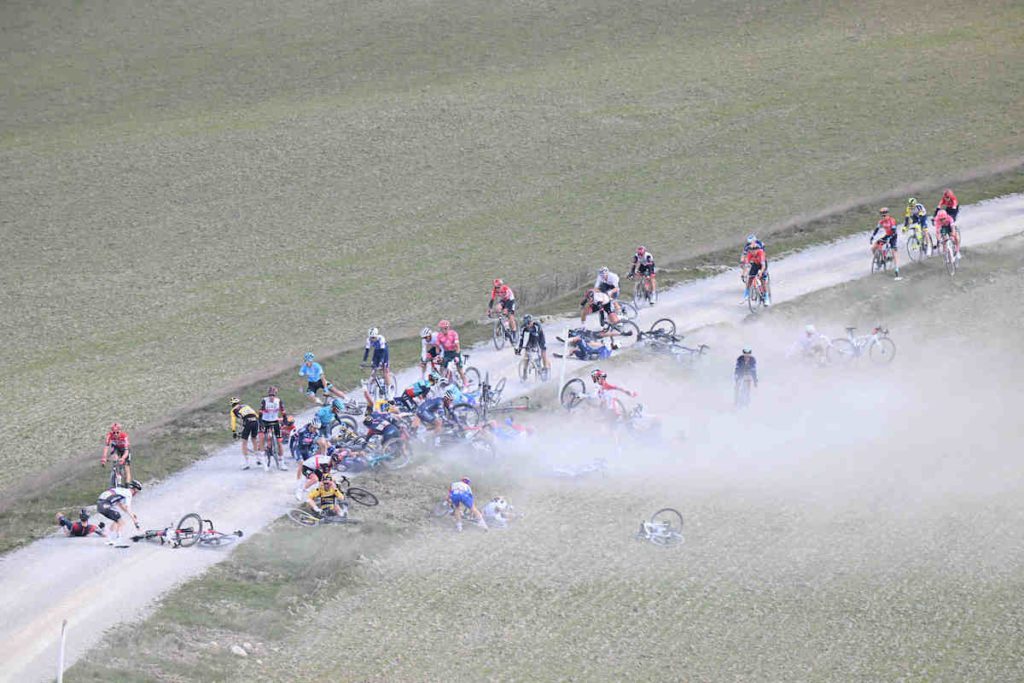 Numerous riders hit the deck in the crosswinds. Photo: Sirotti 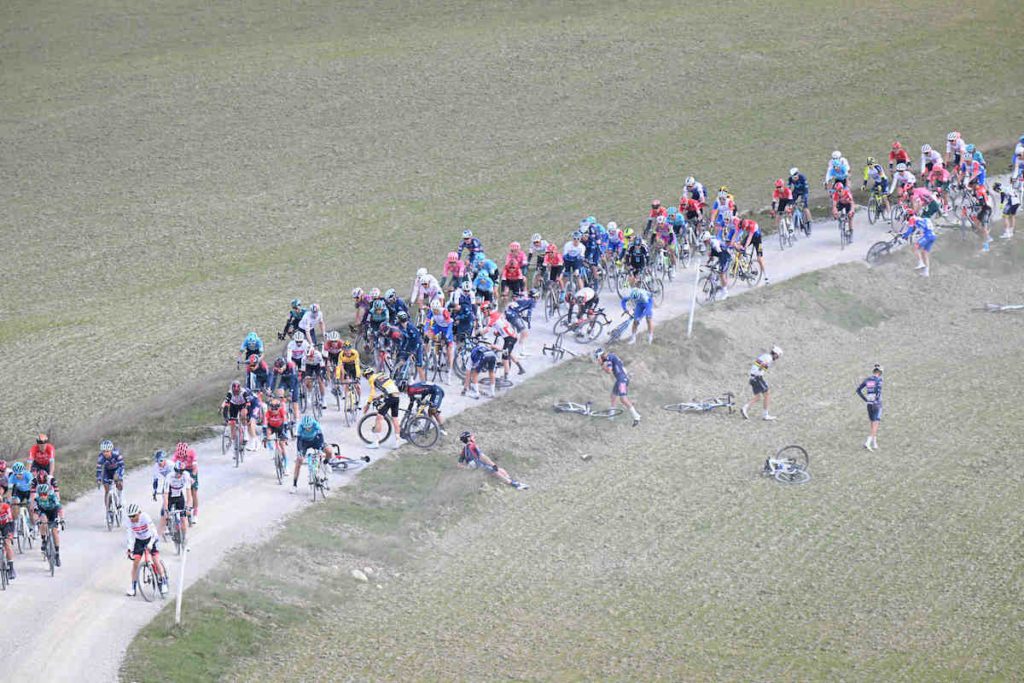 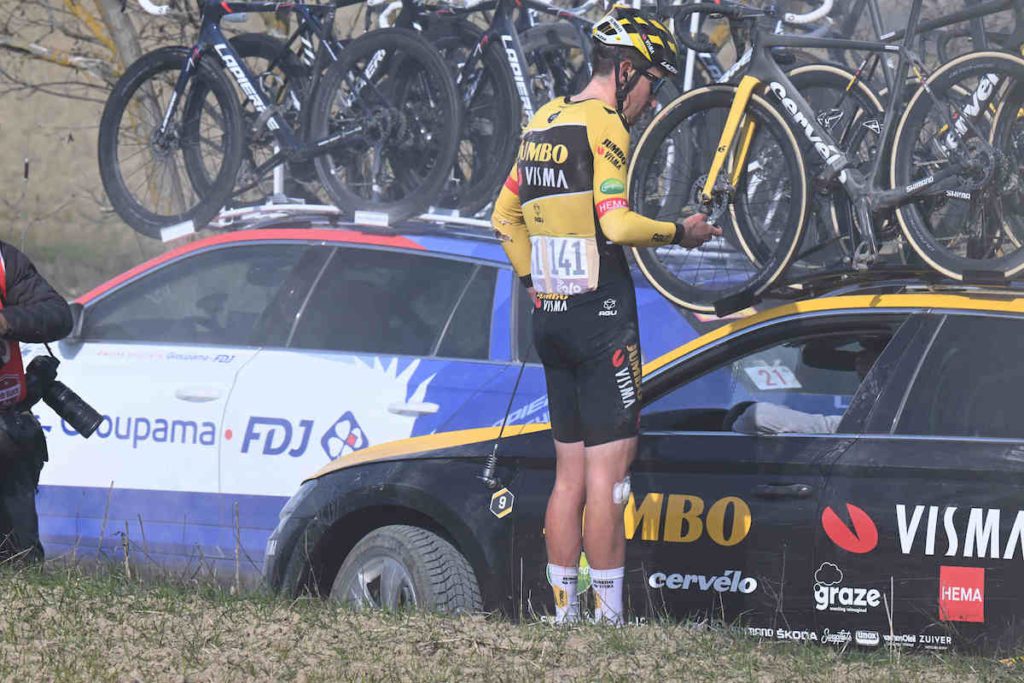 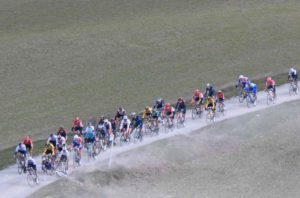 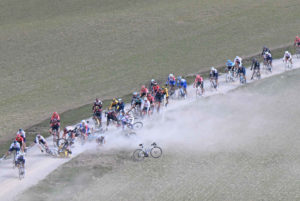 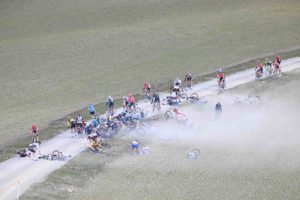 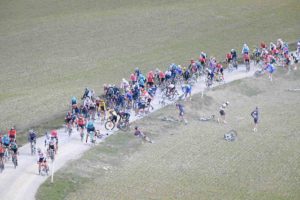 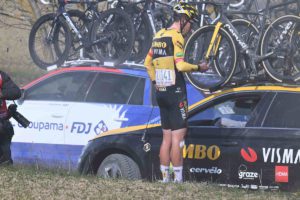 After the race, Alaphilippe posted that he is mostly unharmed after the crash. He will assess a lingering sore back before starting Tirreno-Adriatico on Monday.

It isn’t the first time Alaphilippe’s crashed mid-race in dramatic fashion. When he’s not winning, the French rider has a knack for making a spectacular exit. At the 2020 Tour of Flanders, Alaphilippe ended up on the wrong end of a collision with a race motorbike while chasing a dueling Mathieu van der Poel and Wout van Aert.