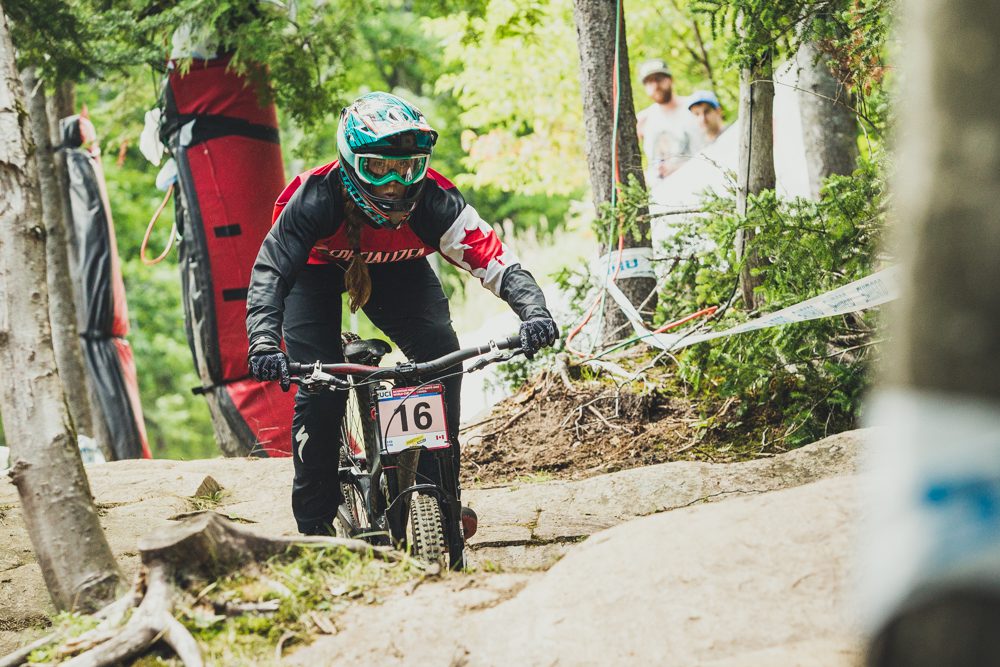 Over the weekend, the Canadian downhill championships went off at Panorama Mountain Resort in Invermere, B.C. and the two defending elite champions earned themselves another year in the maple leaf jersey. Kirk McDowall of Anmore, B.C. and Miranda Miller of Garibaldi Highlands, B.C. successfully defended their respective titles.

In the elite men’s contest, Mark Wallace of Duncan, B.C. looked to have set himself up for victory until blowing the side wall of his rear wheel in the championship run. It was still fast enough to secure him second place but it was enough to open the door for McDowall to take the top step of the podium. Magnus Manson of Sechelt, B.C. claimed third place.

Miller was dominant in the elite women’s race taking the title comfortably ahead of Vaea Verbeeck of West Vancouver and Georgia Astle of Whistler, B.C..