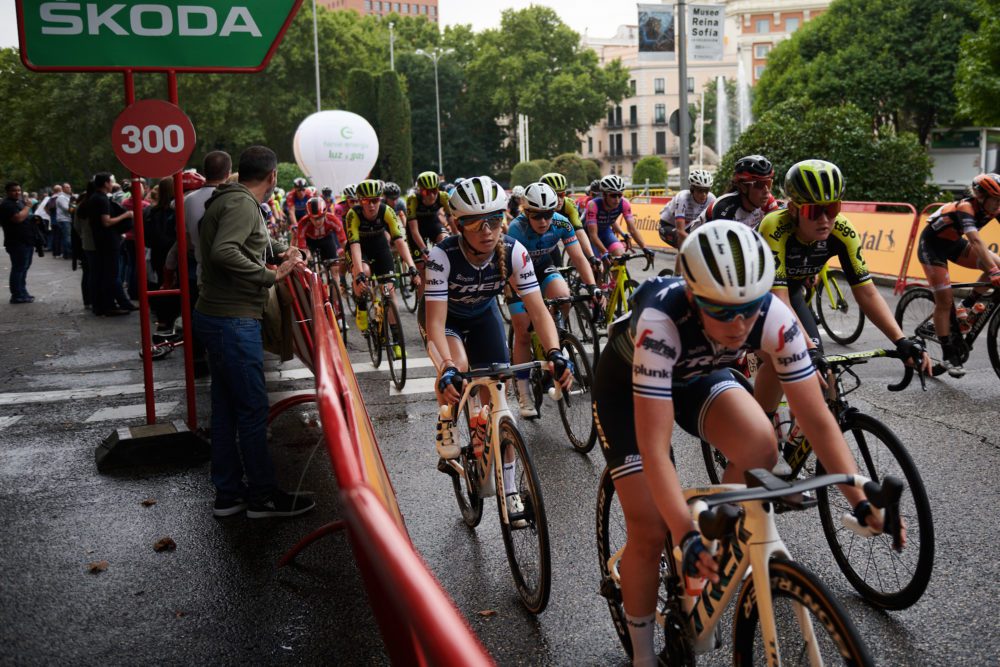 Trek-Segafredo rider Letizia Paternoster was cycling a familiar route on Nov. 22 when, crossing through a roundabout in her home-base of Trentino, she was suddenly struck by a car and thrown off her bike. Paternoster extended her arm out to break her fall as she hit the pavement, chipping her tooth as she crashed. “Everything happened so quickly that I was not able to understand.” she said. She remained conscious throughout and, once the initial shock of the impact wore off, she was able to asses that she was not concussed (later confirmed by doctors), and that she had injured her wrist.

The pain in her wrist was diagnosed as a fractured left scaphoid. “Letizia suffered a small detachment on the lateral side of the left-hand scaphoid and a front-tooth fracture which was repaired by her dentist after leaving the hospital,” said Trek-Segafredo physician Nino Daniele, “regarding the scaphoid, the doctors applied a transitory cast to keep it immobile.”

Paternoster will not require surgery on her wrist and will soon replace her current cast with a specially made one, which will allow her to use the trainer. Daniele estimates it will take about 30 days until she makes a full recovery.

The 20 year old cyclist was wrapping up her first year on the new Trek-Segafredo women’s team, and was only two days into training for the 2020 season when she was hit by the car. “The disappointment is huge,” she said, “of course, it’s not the best way to start the new season, but despite everything, I want to look ahead, think positive, and react. A hand fracture must not affect my preparation for the important 2020 season.”