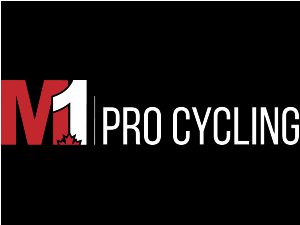 “If it’s ever going to be accomplished, someone has to take on the challenge,” said Mark Ernsting, who hopes to lead Canada to the World Tour by 2020. Ernsting is the founder of the M1 Pro Cycling project and with the words “Canada’s first World Tour team” front and centre on M1’s website, it’s hard to miss their premise. This ambition has not gone unnoticed. M1 recently announced partnerships with some major players, including H&R Block and Norco Bicycles. To further legitimize the project’s campaign, M1’s advisory team is second to none and includes the likes of Yoeri Geerits, who is a sports marketing specialist and has played a pivotal role in bringing major corporations to sport as a means for marketing. In addition, M1 has Cycling Canada’s president John Tolkamp and high-performance director Jacques Landry also serving as advisers.

Canada’s top teams of the past have certainly played a crucial role in developing not only the presence of bike racing in Canada, they have also served as a launching pad for some of Canada’s top racers. “Teams like Symmetrics and SpiderTech helped elevate the profile of the sport and offered Canadian athletes the opportunity to develop and establish successful careers. Now it’s time to establish such a team again, with the vision of a sustainable program that brings Canada together under one umbrella,” Ernsting said.

There is something distinct about M1’s approach. Ersnting has made connections through his role as an agent for many of Canada’s top athletes. In addition, he strives to develop a better plan, one that is based on long-term sustainability. “Over the last year, I began reaching out to Canadian stakeholders in order to begin the process of establishing what I believe will be the future model of high performance road,” said Ernsting. “My goal is to bring influential individuals together from business, the sport of cycling and non-cycling sports, under one common passion: cycling. Credibility and accountability to the project are very important.”

Progressive thinking is certainly refreshing in the context of professional cycling in Canada, especially when you consider the challenge our current crop of athletes face. M1 is also a major proponent of gender equality as a professional women’s team will also be a key facet of the project. “It’s imperative that we have a UCI Women’s team as our female athletes are world class. I believe that if given the opportunity to ride together they could accomplish tremendous results for the sport, both on and off the bike. To accomplish this, I am in the process of reaching out to women who are influential business leaders,” said Ernsting. The goal is to have a fully operational UCI Women’s program by 2016. Of course there are many pieces that must be in place first. Ernsting hopes to secure sponsorship in the summer of 2015.

Ernsting says he, “wants to engage Canada,” not only through partnerships with Cycling Canada, but also with the provincial associations, as well as the public. Community engagement is a modern way of thinking. However, for any professional organization, the bottom line is rooted in a sponsor’s return on investment. M1 is confident that they have that covered in a new way. “Our sponsors are to receive accurate statistics and metrics to validate their support,” and according to Ernsting those metrics are meant to bolster a deep connection between the sponsors and the team, one that will hopefully ensure sustainability.

Ernsting has said that the team’s roster will be announced in the very near future.