Six Canadians lined up for Saturday’s Strade Bianche in Tuscany, Italy. Of those six, Magdeleine Vallieres-Mill was the top finisher in Siena.

Vallieres-Mill finished the women’s event in 31st, 4:16 back from Lotte Kopecky’s winning time of 3:59.14. The Sherbrooke, Que. racer was also the best-placed for her EF Education-TIBCO-SVB squad, after teammate Emily Newsom spent much of the race in a breakaway then withdrawing before the finish line. 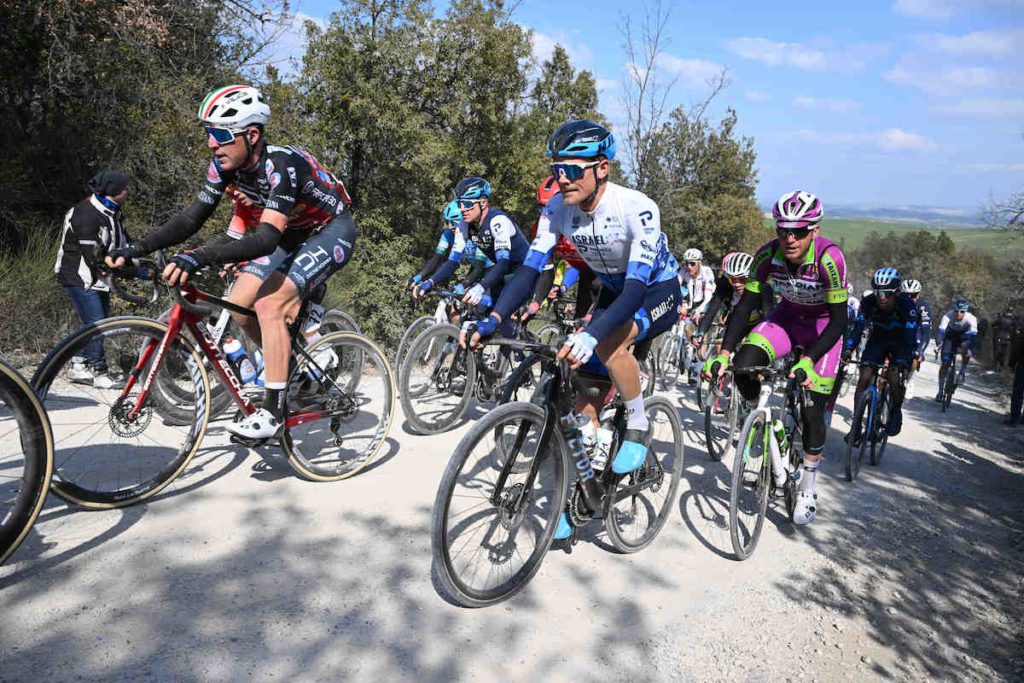 Alex Cataford rides in the group during the 2022 Strade Bianche. Photo: Sirotti 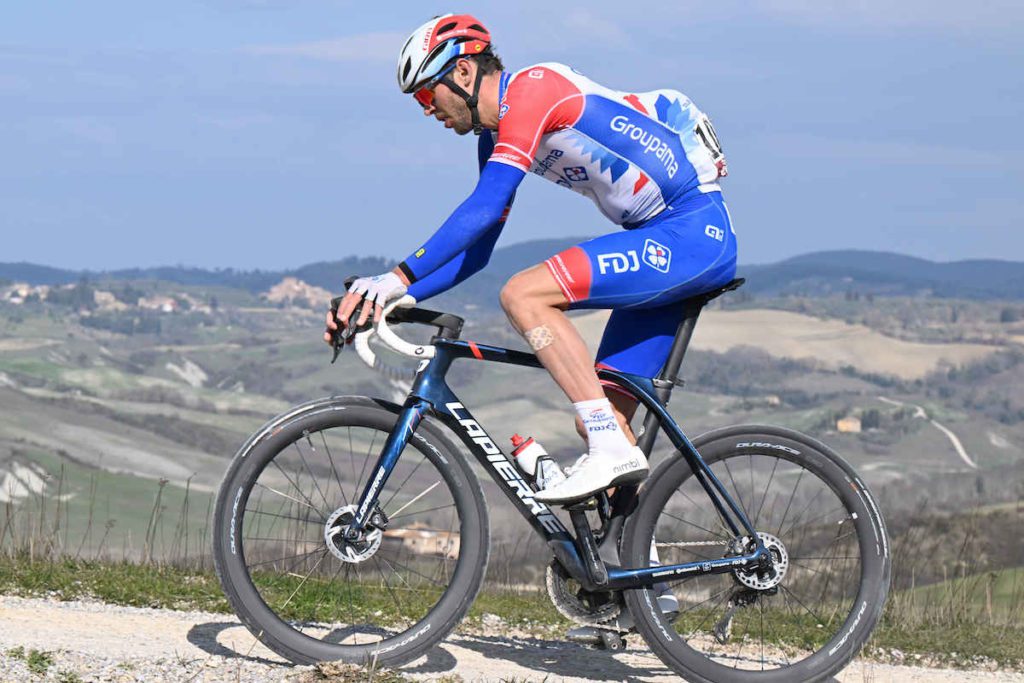 Antoine Duchesne ended up as one of the many unlucky riders taken out in a crash during a gravel sector on Satrurday. Photo: Sirotti 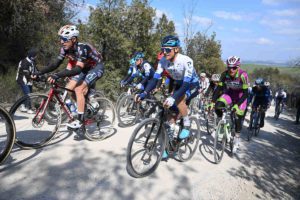 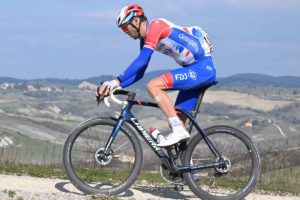 There were two Canadians in the men’s event. Alex Cataford (Israel-Premier Tech) placed 77th, 13:36 back from race winner Tadej Pogačar. Antoine Duchesne (Groupama-FDJ) was caught up in the same crash that sent Julian Alaphilippe catapulting off the road. The Canadian Olympian could be seen on the live feed walking on foot after the crash, favouring one leg. Ultimately, Duchesne was one of the many riders not to make it to Siena on Saturday.