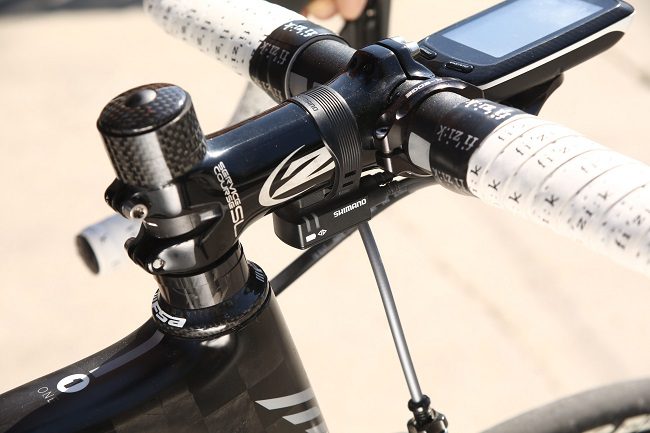 The Shimano Di2 groupset is amazing stuff. The electronic gruppo will change gears at the push of a button. It can do so as you pedal hard. It also prevents chain rub on the front derailleur as the component adjusts itself as you move through the cogs in the back. If you’ve gone electric, or are considering the move, here are a few tips for getting the most out of the system.

Some riders worry that a Di2 battery will run out, leaving them stuck in a tough gear with kilometres of climbing ahead. The system is designed so you don’t get to that point. Just as you fill your water bottle and check tire pressure before each ride, you should check the charge on the battery. Hold down any shifter button (left or right) and look for a light on the junction box. If you see a green light for about two seconds, you have a fully charged battery. If a green light flashes five times, the battery is at about 50 per cent. A solid red light means about 25 per cent of the battery’s charge left. A flashing red means that it’s almost dead. I suggest charging as soon as you see a flashing red light.

A common mistake made when checking battery life is to hold down the wrong button. If you press and hold the button on the junction box you will see a solid red light. You’ve just put the system in adjustment mode. Your shifter will now behave like the barrel adjuster on a mechanical rear derailleur. This is the mode you want to be in if you want to tweak the shifting. If you hit the junction-box button by mistake, press and hold it again until the red light disappears.

One final point on battery life: if you’ve neglected your battery and it gets critically low during a ride, the front derailleur will stop working first. You’ll still have the rear derailleur to get you home. 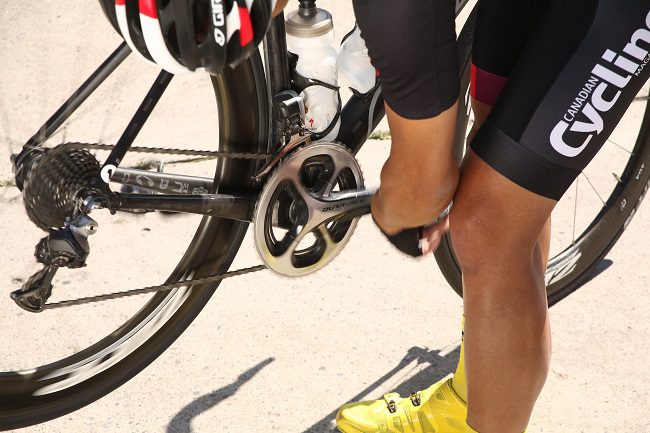 If you have a tumble and your Di2 bike doesn’t shift anymore, your system has gone into crash-protection mode. This mode prevents further damage if something is broken or off. For example, the system will keep the derailleur from shifting into the rear wheel if the hanger is severely bent.

So, what should you do if you are locked out of your Di2 system? Inspect the bike for any obvious signs of damage. (Do not attempt to ride a cracked frame.) Set the bike so the rear wheel is off the ground. Then, rotate the cranks as you hold down the button on the junction box for five seconds or more. Release the button once the rear derailleur begins to move: it will begin to shift on its own and reset itself. If holding the junction button doesn’t work, then check wire connections. After a crash, it’s common for shift lever wires to become disconnected when the lever housing is rotated on the handlebar. Pull back the brake hoods and inspect the connections. You’ll hear a click when the wire is reconnected. The TL-EW02 tool, which looks like a narrow two-pronged fork, is especially useful for reconnecting wires. The tool comes with Di2 components and most bikes equipped with Di2. It’s handy, just like the electronic shifting itself.