Canadian endurance racer Marg Fedyna may be another year older, but the Edmonton native who celebrated her 51st birthday on Oct. 23 is still keen to defend her Taiwan KOM Challenge title on Friday.

The three-time Haute Route winner, including two Pyrenees and the Alps, is fresh off a second-place finish to 2011 Canadian elite women’s road champion Véronique Fortin at the Haute Route Dolomites last month and, although disappointed with her loss, Fedyna feels her form is on target to help her improve on last year’s winning time of 4:39:52 over a hot field on a cold, wet day.

“Of all the things I’ve done in my career, this race is right up there as one of the toughest in regard to mind over body,” Fedyna told Canadian Cycling Magazine following her triumphant victory last year over a tough women’s field that included Australian riders Joanne Hogan (Tibco-SVB) and Tiffany Cromwell (Velocio-SRAM), who was fresh off a fifth-place finish at the UCI road world championships a month earlier.

This year, the former Eco-Challenge adventure racer (Team True North), who earned the nickname of the “Killa Canadian” for her toughness and tenacity, is ready to once again take on what French magazine Le Cycle labelled one of the world’s top-10 toughest bike races.

“Last year it rained and was so cold, so it ended up being a survival race,” Fedyna told CCM at the race’s official press conference in Taipei on Tuesday. “Because of that, I almost didn’t notice how difficult the climb was, and I know it sounds weird to say that but I was more concerned with my fingers and just staying warm.

“This year I’m counting on the weather being better, so I can work a little harder on the climbs rather than trying to figure out how to conserve energy and keep my body warm.”

Boasting more than 200 mountains above 3,000 m in elevation, the 105-km non-UCI event starts in the coastal town of Qixingtan and rises to Wuling at 3,275 m with gradients peaking at more than 27 per cent toward the summit top at Mount Hehuan – Taiwan’s tallest mountain accessible by road.

“This race is amazing, and so are the people,” Fedyna said. “I just want to do my best on the climb and see what I can do.”

As far as what is next for Fedyna, who travels back to the U.S. immediately following the race to compete in the Mike Nosco Memorial Bicycle Ride in California on Nov. 3, she claims there is no slowing down.

“I’ll keep racing until I can’t,” she said. “I love the sport so much, and I like being fit and healthy.

“I will keep doing that as best as I can as long as I can.” 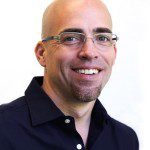 Aaron S. Lee (@aaronshanelee) is a cycling and triathlon columnist for Eurosport and a guest contributor to Canadian Cycling Magazine[space height=”24″]